OUR bodies can feel like a bit of a mystery sometimes.

We eat, sleep, work, exercise and our bodies tend to just get on with things, mostly without us even thinking about what they’re doing, or what’s going on inside.

Dr Zoe Williams answers some common questions sent in by readersCredit: The Sun

But when things go wrong, or when we’re fighting off sickness or infection and feeling under the weather, changes to your body – signs and symptoms that something might be up – are what GPs like me are looking for.

Knowing what’s normal for you is really important, from lumps and bumps to bowel habits, so you can alert us if anything is different to usual.

Q: I SEEM to get urinary tract infections (UTIs) after sex, how can I ­prevent this? We use ­condoms, any advice? 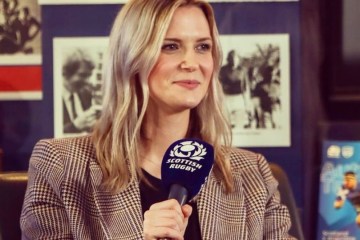 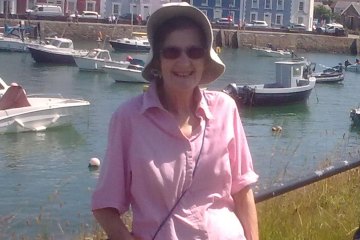 The best way to prevent this is to pass urine soon after sex.

UTIs are usually caused by bacteria from our poo, which has managed to get into the urethra (the tube we wee out of) and then into the bladder.

The urethral opening is between the inner lips (labia minora) of the vulva, where it resides below your clitoris and above your vagina opening, so in women it is in close proximity to the anus.

The male urethral opens by the tip of the penis, so much further away, hence why UTIs are so much more common in women than men.

There are billions of bacteria in every single gram of our poo, and it’s usually a type of bacteria called E.coli that causes UTIs.

It only takes a few live ones to make it into the urethra to put us at risk of an infection.

It is always recommended to wipe from front to back after going to the toilet, as this habit decreases the risk of bringing E.coli from the anus to the urethra.

During sex it is highly likely that some bacteria will get moved from the anus to the urethra. So having a pee straight after will flush the bugs out of the urethra before they have time to cause any infection.

Q: I HAVE experienced flashing lights and a black veil over my eyes after having multiple strokes.

I’m tired and suffering neck pain. I’m waiting to see a neurologist. What could it be?

A: These visual disturbance symptoms are quite concerning, especially with your background of having had multiple strokes.

Flashing lights and a black veil partially obscuring vision can have a number of causes — one of which is detachment of the retina at the back of the eye.

This may be suspected if the flashing started suddenly and you are seeing repeated flashes. Retinal detachment is serious and can lead to permanent vision loss if it’s not treated, so an urgent review with an ophthalmologist is necessary if this is suspected as the cause.

It is worth noting that lots of people, particularly older people, get floaters and flashes that are not a sign of anything serious.

That’s especially true if they have had them for a long time, they are not getting worse and the vision is not affected.

This is usually caused by a harmless process called posterior vitreous detachment (PVD), where the gel inside the eyes changes.

Another cause though, could be block­ages in the arteries that supply the eyes, or temporary blockages of the blood vessels in the brain, which are called transient ischaemic attacks, or TIAs.

A TIA is the same as a stroke, except that symptoms only last for a short amount of time. A TIA occurs when a blood vessel in the brain gets blocked, but the blockage clears by itself.

TIA is also known as a mini-stroke and it’s a major warning sign of a stroke, so requires urgent medical attention.

The fact that you are awaiting a ­neurology appointment makes me assume that you have already had a series of tests which have ruled out anything too serious. The neurologist may consider other causes, including migraine.

Why hearts can enlarge

Q: COULD you please give some information on an enlarged heart, Dr Zoe?

A: An enlarged heart means an increase in the size of the heart, compared to what is deemed normal for a person’s size. The medical term is “cardiomegaly”.

It is not strictly a disease in itself, but it is a sign that another health condition is affecting the heart.

It can be separated into two different types. The first is when it is dilated chambers of the heart that make it big. This is called “dilated cardiomyopathy” and it can affect the heart’s ability to pump properly, and lead to heart failure.

The second is due to thickened muscular walls of the heart, and we call this “hypertrophy”. Sometimes athletes, or pregnant people will get a small amount of hypertrophy, and this is a good thing.

It is the heart adapting to be able to pump more strongly, hence why athletes often have very low resting pulse rates, because the heart can be more efficient with each pump.

However, sometimes hypertrophy is caused just in the left ventricle of the heart, because the heart is having to pump against too much pressure.

This is the case in hypertension (high blood pressure) and a condition called aortic stenosis, where the main artery that takes blood from the heart (the aorta), is narrowed.

These thickened walls can cause the left ventricle to weaken, stiffen and lose elasticity, which may prevent healthy blood flow. There is also a genetic heart condition, called hypertrophic cardiomyopathy.

Here the affected genes cause the walls of the left ventricle to become thicker than normal. This can be particularly dangerous in athletes, as the repeated training worsens the problem and the muscle wall can become so thick that it stops the normal flow of blood in and out of the heart.

This is the condition that caused Fabrice Muamba to have a cardiac arrest while playing in a football FA Cup quarter-final match in 2012. That’s enlarged hearts in a nutshell and I hope it gave you the information you were seeking.