THIS year one form of arm candy is more desirable than any handbag – a heavily tattooed boyfriend.

Kim Kardashian is the latest to fall for a grungy emo type, in the shape of comedian Pete Davidson.

And she is not alone. Perfectly preened men are out, as famous women swap pretty boys for rockers. Yasmin Harisha looks at some of these unlikely celeb couples.

VIEWERS were shocked when Kim Kardashian kissed comic Pete Davidson during a skit on US comedy show Saturday Night Live in October.

And it didn’t take long for rumours to circulate that the pair were dating after they were spotted holding hands at an amusement park later that month.

By November, amid reports the relationship was blossoming, Kim, 41, was unfollowed on Instagram by estranged husband Kanye West, who she married in 2014 and had four children with. 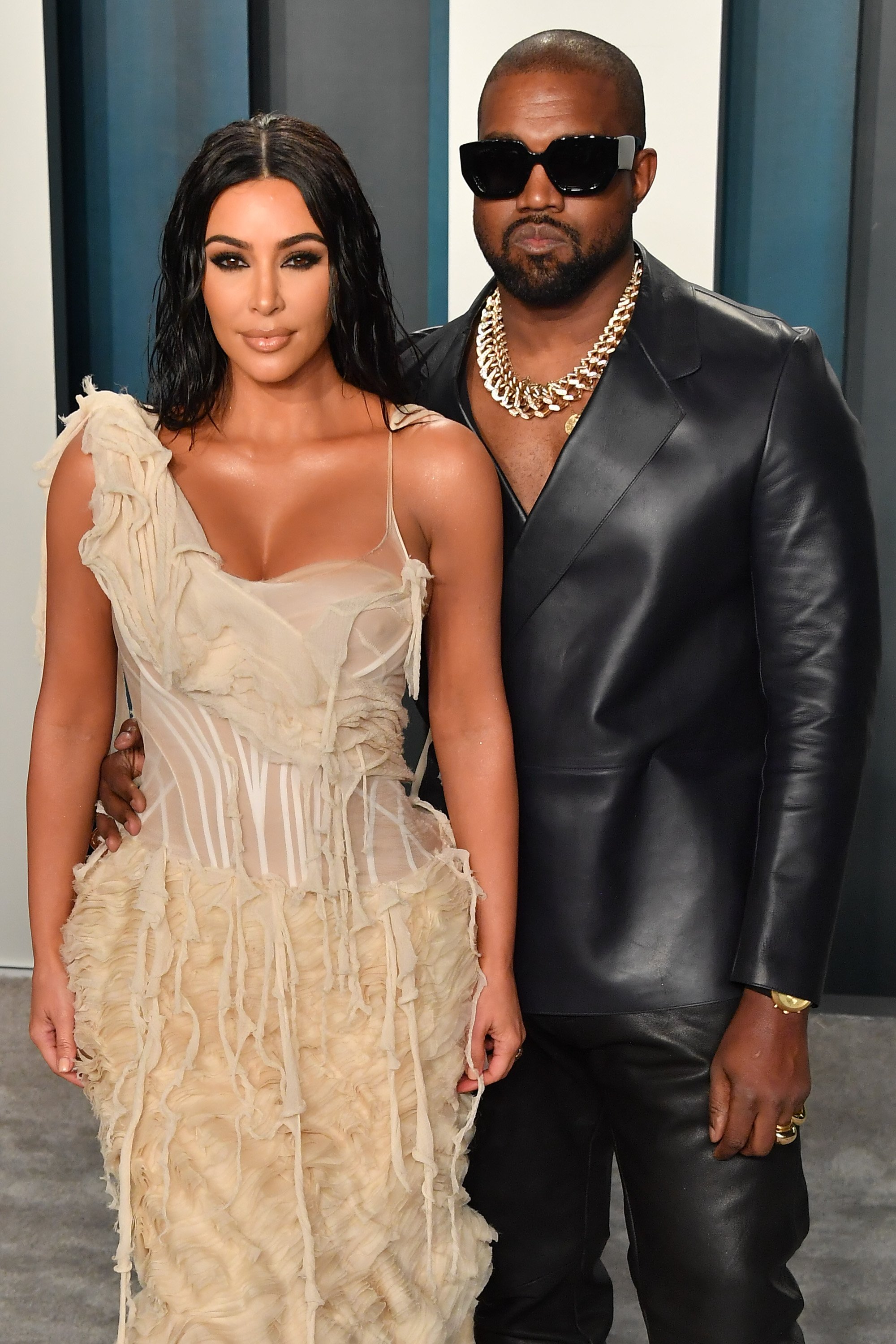 By November, Kim was unfollowed on Instagram by estranged husband Kanye WestCredit: Getty

LA-based Kim jetted into New York to see Pete – who has previously dated Bridgerton’s Phoebe Dynevor and singer Ariana Grande – and the pair enjoyed dates in Long Island and Manhattan.

Meanwhile, fashion designer Kanye declared that he still wanted to work things out with the reality TV star, explaining: “I want us to be together.”

But on November 17, Kim threw Pete a party for his 28th birthday at her home, where they posed in matching pyjamas for a snap with “momager” Kris Jenner and rapper Flava Flav.

While she missed Pete’s NYE show in Miami to be with her kids, the couple appear to be going from strength to strength.

THIS pair are no strangers to public displays of affection.

From getting touchy-feely on the red carpet – which even involved Transformers beauty Megan once grabbing her rapper fella’s crotch in front of photographers – to steamy music videos, it’s fair to say their romance is hot and heavy.

The US couple, both 35, began dating after filming crime thriller movie Midnight In The Switchgrass in March 2020. 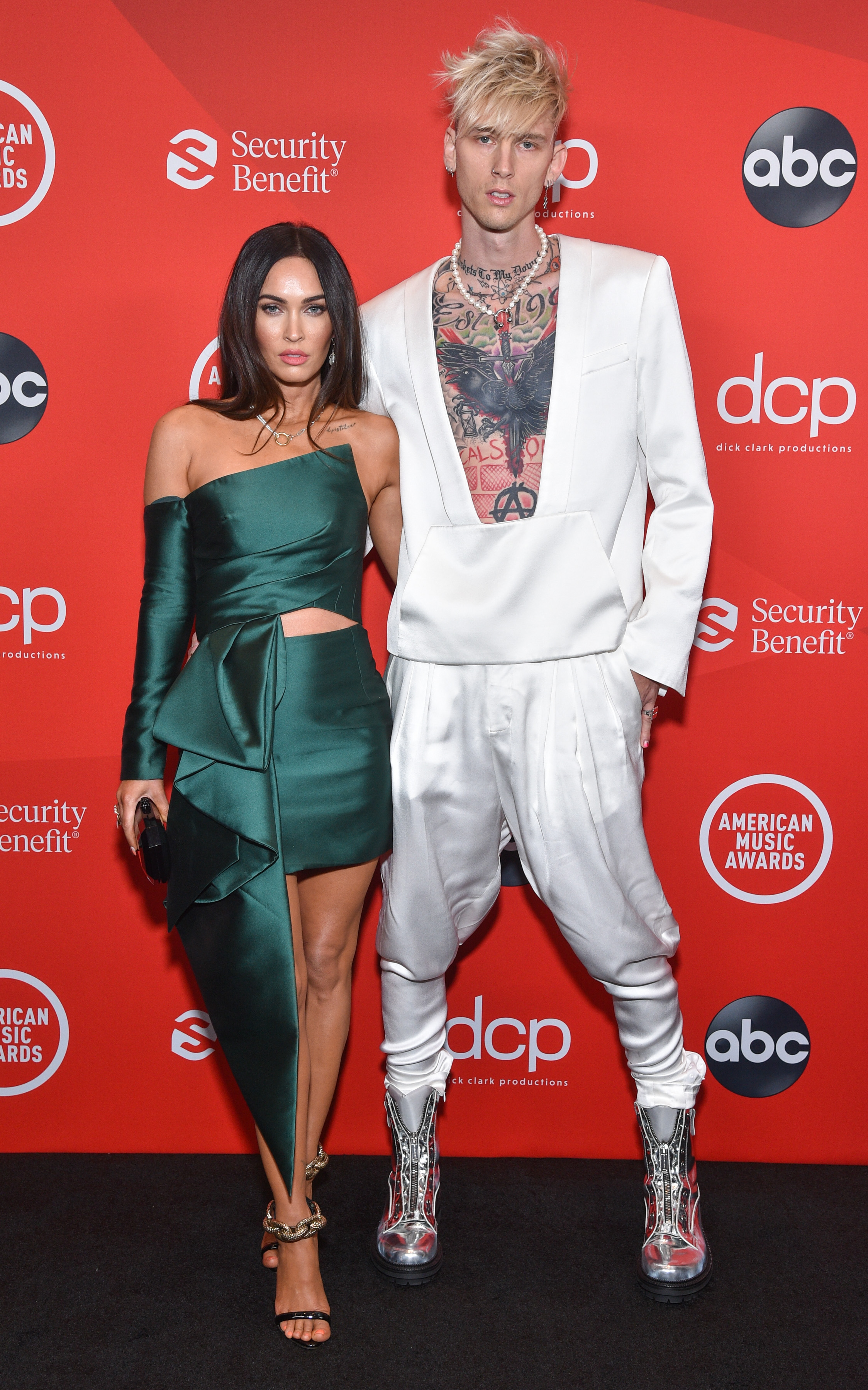 By May that year, around the time reports revealed Megan’s marriage to pretty boy American actor Brian Austin Green, 48, had ended in 2019, she was seen in public with her new man.

Since then she has starred in two of Machine Gun’s music videos, Bloody Valentine and Drunk Face, and in May last year he was spotted wearing her blood in a necklace. How romantic.

Megan said: “The second that I was in a room with him . . . I knew right away that he was what I call a twin flame.

Instead of a soulmate, a twin flame is where a soul has ascended into a high enough level that it can be split into two different bodies at the same time.

“So we’re two halves of the same soul, I think. I said that to him almost immediately because I felt it right away.”

AFTER trading in Twilight actor Robert Pattinson four years ago, FKA Twigs is now loved up with tattooed, guy-lined Matty Healy of The 1975.

They confirmed their relationship in February with a behind-the-scenes snap at the NME awards, left, showing 33-year-old Twigs – real name Tahliah Barnett – sat on the lap of Healy, 32. 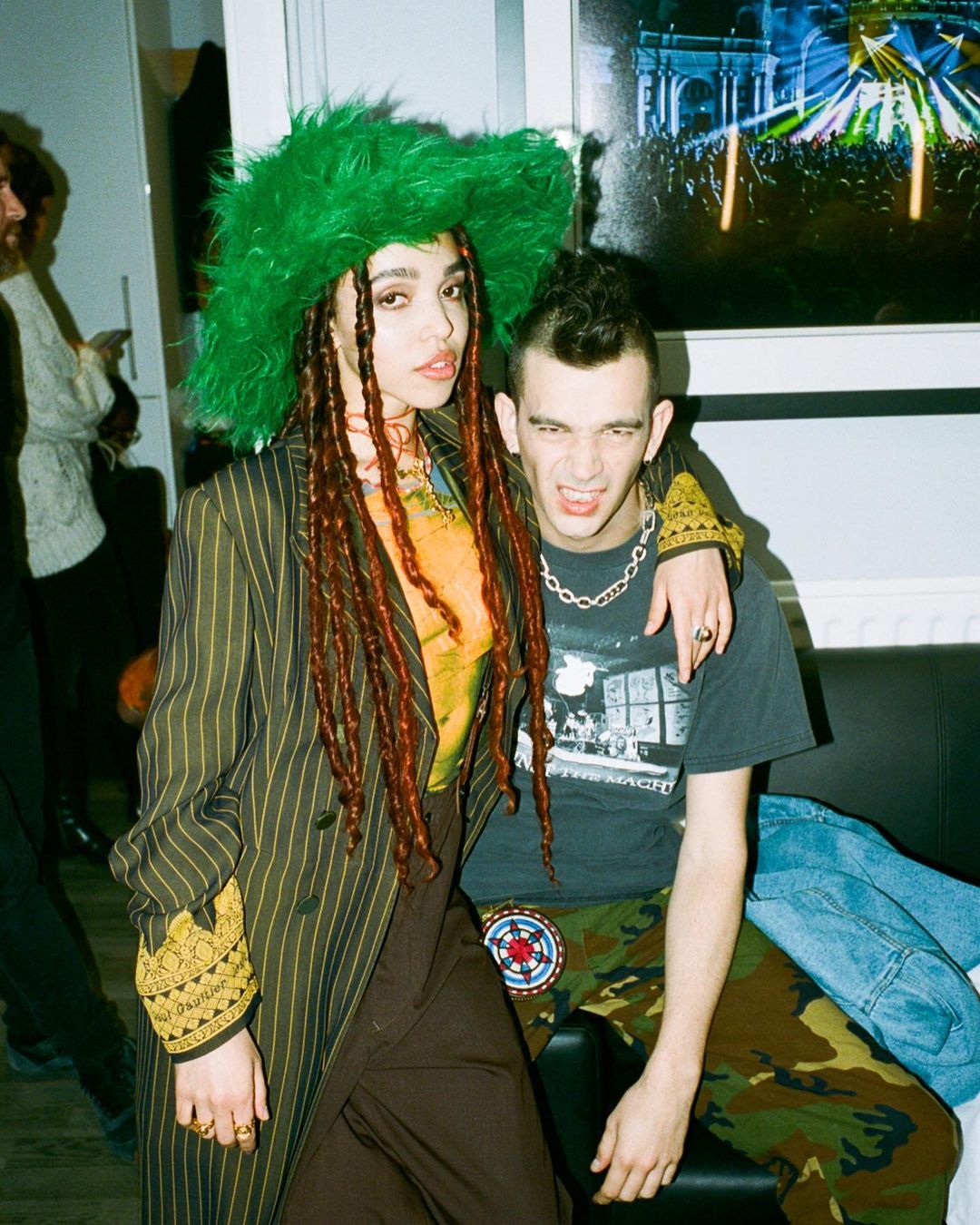 FKA Twigs is loved up with Matty Healy of The 1975Credit: INSTAGRAM/TRUMANBLACK

But the pair have kept the relationship largely private, unlike her high-profile romance with heart-throb Pattinson, now starring in The Batman.

But Matty, who is the son of Loose Women’s Denise Welch, did declare on Instagram that Twigs was the “LOML”, meaning “love of my life”. So watch this space.

KOURTNEY and Travis went public with their romance a year ago and have packed on the PDAs ever since.

In February, days after being spotted at an LA restaurant together, Kourtney – mum to three kids with ex Scott Disick – posted a snap of herself holding the Blink-182 drummer’s heavily tattooed hand, while he shared a love note from her on Instagram. 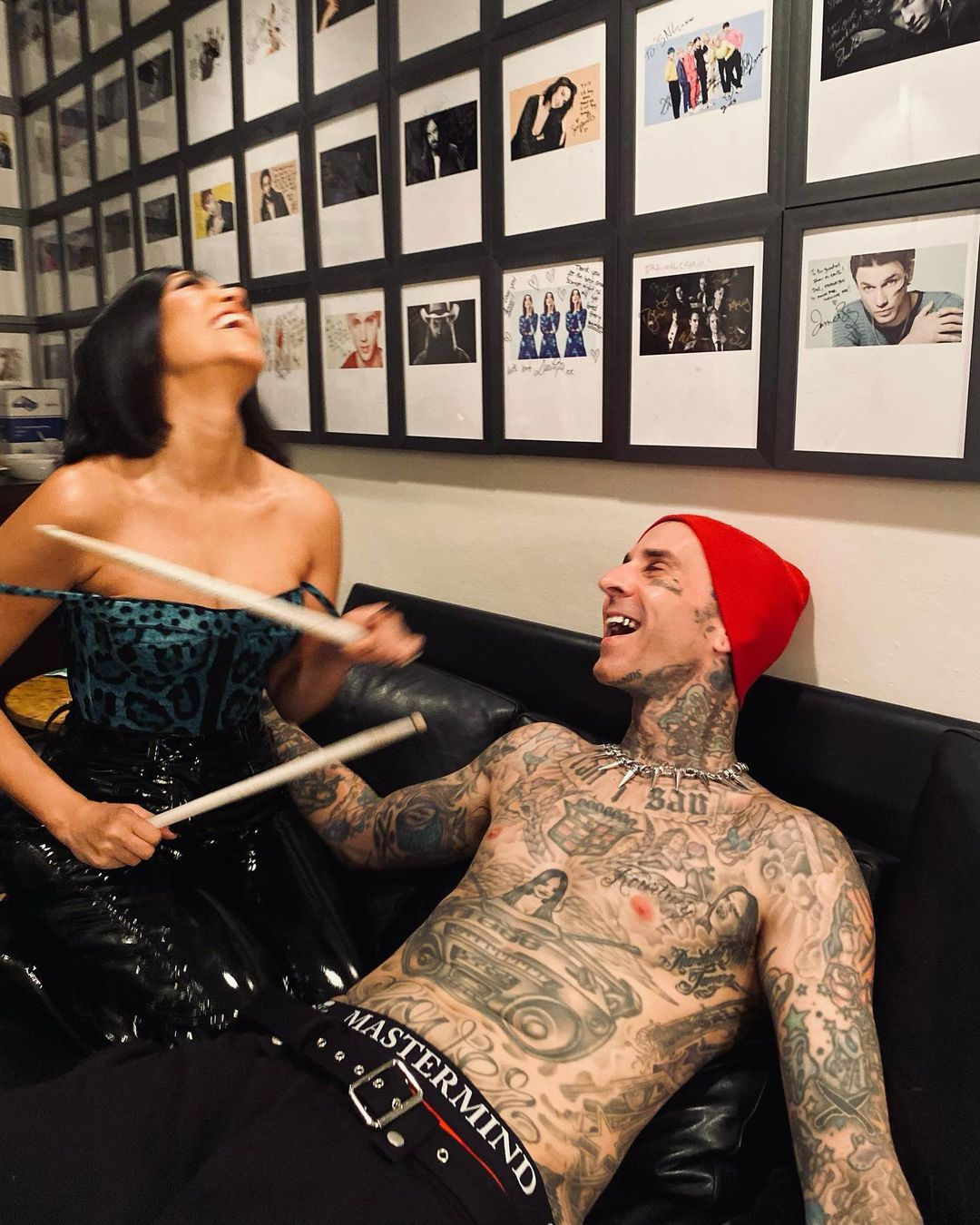 He called her “great” on a TV appearance, adding of their relationship: “It just comes natural.” By April, he let Kourtney, 42, tattoo her name on his chest. She later posted an Instagram pic of a vial of her 46-year-old fella’s blood with a black heart emoji.

In May, Travis called her the love of his life on Instagram.

Scott wasn’t best pleased when snaps of the new pair canoodling went viral. He sent one of the pics via Insta DM to another of Kourtney’s exes, Younes Bendjima, writing: “Yo is this chick ok!??? Brooo like what is this. In the middle of Italy.”

A case of the green-eyed monster, perhaps? Kourtney and Travis have since become engaged after he got down on one knee in October.

SHE previously dated curly-haired chart-topper Justin Timberlake, but Hollywood siren Cameron has been loved up with the Good Charlotte guitarist since 2014.

Leading the trend for settling down with a rocker, Cameron gave birth to her first child, daughter Raddix, with musician Benji in December 2019. 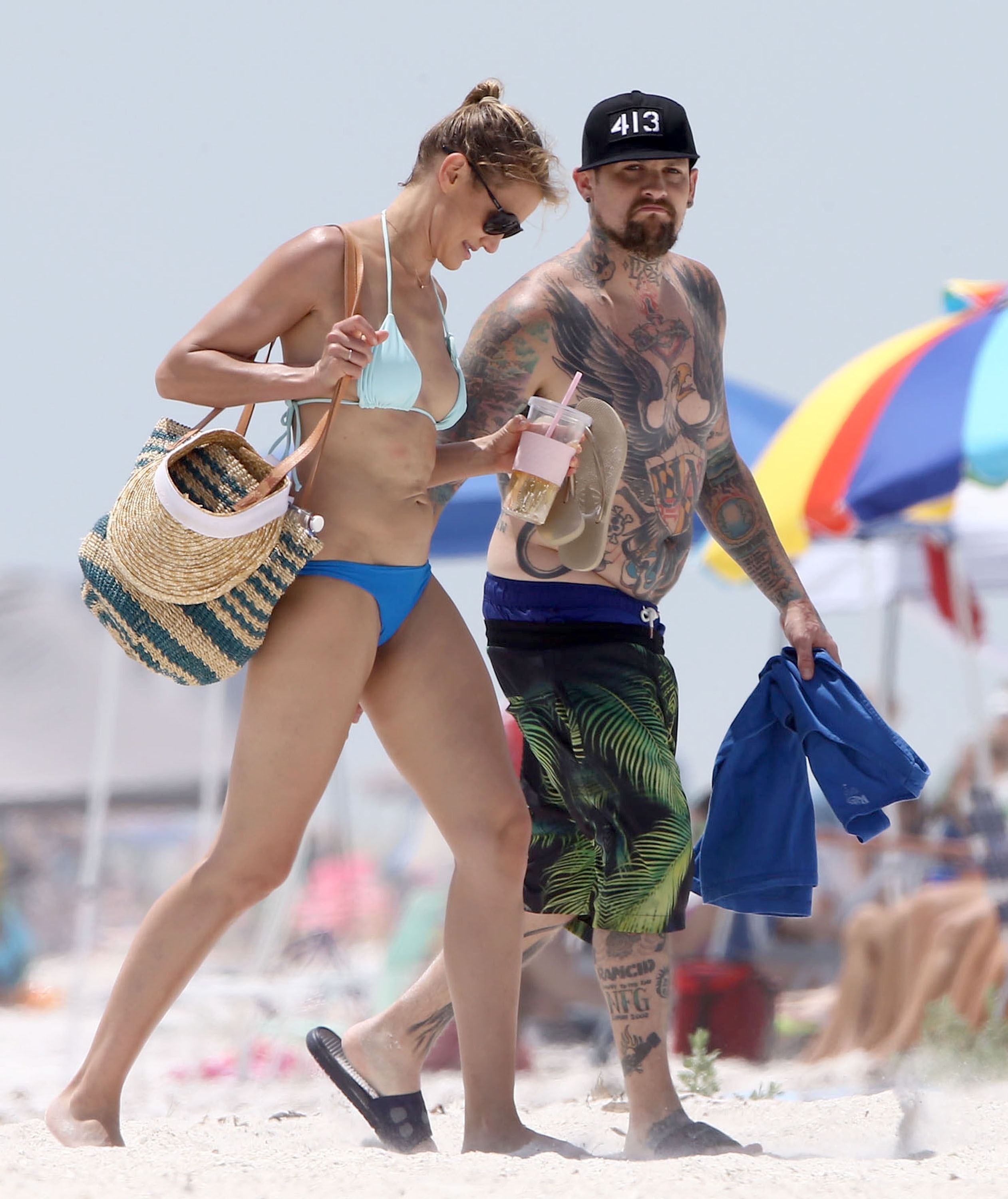 Cameron Diaz has been loved up with the Good Charlotte guitarist Benji Madden since 2014Credit: Splash

Speaking about locking eyes with her future husband for the first time, Cameron said: “I saw him walking towards me and I was like, ‘Huh, he’s hot, I haven’t seen him before’. But then when I saw him, like who he was, that’s what made me really be like, ‘Oh you, you’re special, you’re THE guy – you’re the hidden gem in my life’.”

The couple were engaged within a matter of months and got married in 2015 at the Bad Teacher actress’s home in Beverly Hills.

On Cameron’s 45th birthday in 2017, Benji poured out his heart on Instagram, writing: “I don’t think anyone could ever know the depth, kindness and compassion that I get to experience every day thanks to my one and only. You got me ’til the end, baby.”

SHE split from fiance Jason Sudeikis in November 2020, but it didn’t take long for actress Olivia Wilde to pair up with latest beau Harry Styles. 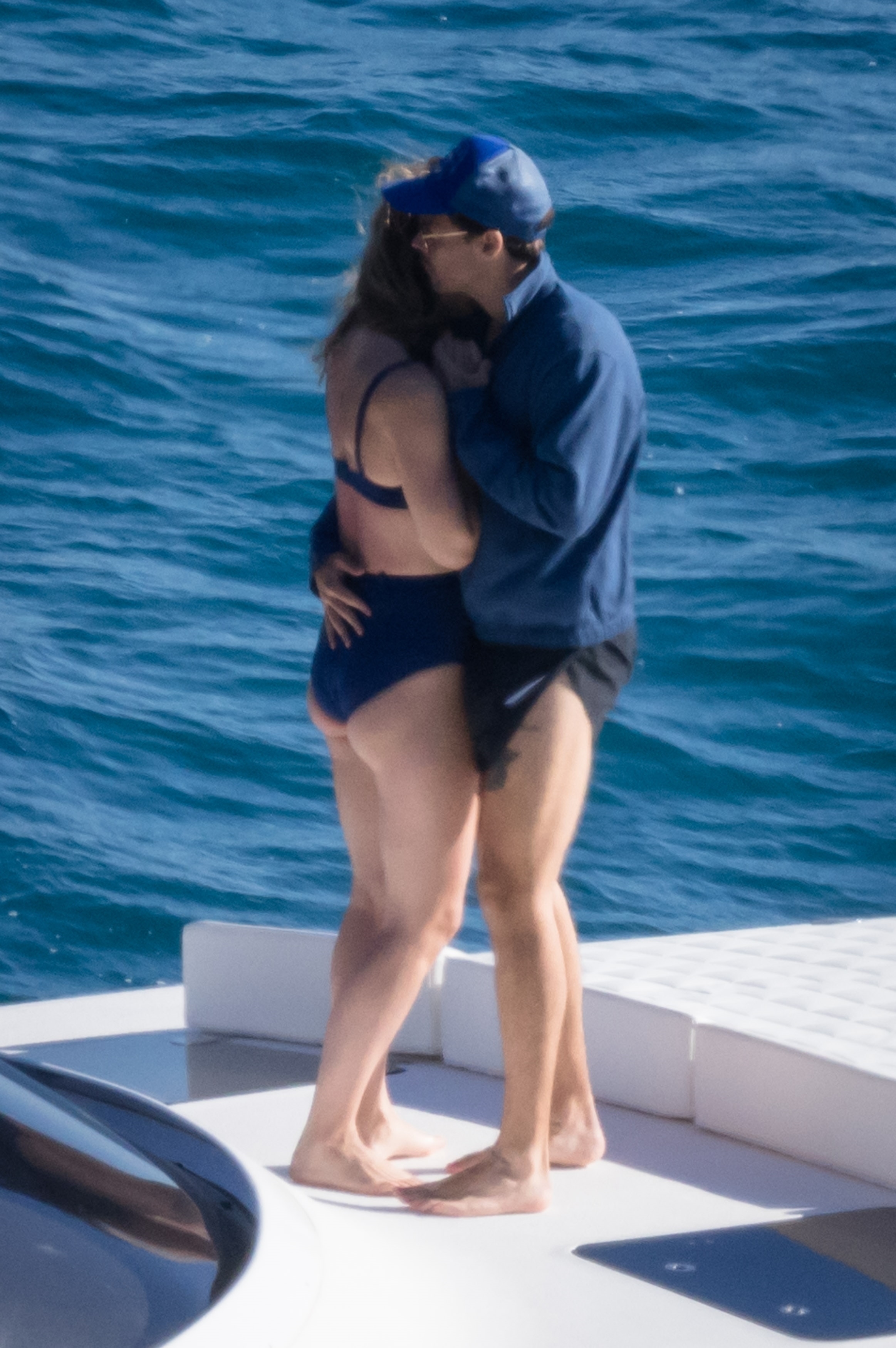 Olivia, 37, who has two children by US actor-comedian ex Jason, 46, gushed: “To me, he’s very modern, and I hope this brand of confidence as a male that Harry has – truly devoid of any traces of toxic masculinity – is indicative of his generation and therefore the future of the world.”

She and One Direction singer-turned-solo-star Harry quickly grew close on set, and were spotted holding hands at a wedding in January 2021.

By July they were kissing on a boat in Tuscany and in December Olivia told Vogue she is “happier than she has ever been”, adding: “What you realise is that when you’re really happy it doesn’t matter what strangers think about you. All that matters to you is what’s real, and what you love and who you love.”

Olivia has since spent time in the UK with tattooed Harry, met his mum Anne and supported him at live gigs.