FORMER UFC star Chael Sonnen has labelled Conor McGregor a ‘rich little weirdo’ after seeing the viral video of the him staring down Max Holloway.

McGregor posted a clip of him pacing in front of the TV as he watched Max Holloway’s victory by unanimous decision against Yair Rodriguez at UFC Vegas 42.

Sonnen has been outspoken in his criticism of McGregor’s behaviour of lateCredit: Getty 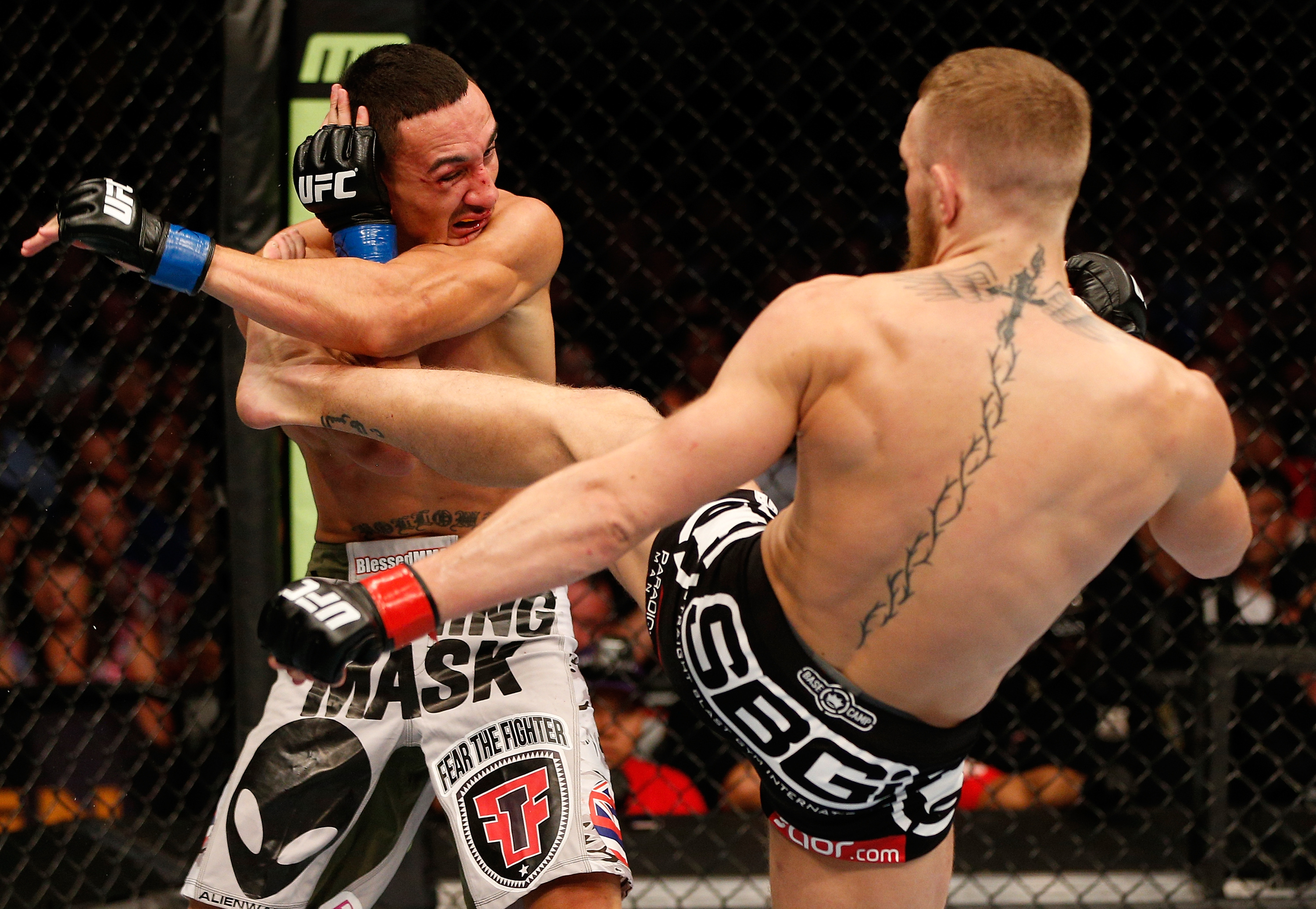 McGregor seems to have his sights on a rematch with former featherweight rival Max HollowayCredit: Getty – Contributor

The Irishman had his shirt off and watched on menacingly as his former rival made his ring walk and was announced to the audience by Joe Martinez.

But Sonnen, 44, was unimpressed with the footage and slated McGregor for his bizarre behaviour on his show ‘The Chael Sonnen Show With Jorge Sedano.’

Sonnen said: “Conor is on the verge of becoming а little rich weirdo.”

“It’s the last thing I wanted for him, he’s posting things, then deleting them.

“A man screaming at а television while walking around without his shirt on. Come on, you know what I’m talking about.

“To be fair, it was one thing when you were 22 years old, but as а husband and father, you’re а bit of а jerk.”

This started a back and forth between the two on Twitter, with Sonnen then firing back at McGregor.

He said: “It’s not too late to stay off my radar Just put down the shot-glass of awful bottom-shelf whiskey, turn off your phone, and back outta the big-boy saloon niiiice n’ sloooow…”

McGregor then replied in typical Notorious fashion, saying: “Just set up the tripod, in the corner of your boxroom, and tell your 2 views the promo code for the window sheen.”

Fans lapped up the spat between Sonnen and McGregor, with @AquaMMA__ saying: “Conor vs Chael press conference I’ll pay for it.”

@NicholasBrooks8 said: “This is the beef we need”, while @chucky_roberts hit out at McGregor, saying: “Don’t be taking that off sonnen! get him slapped”.

McGregor has made it no secret that he wants a rematch with Holloway, who he beat by unanimous decision early on Sonnen’s undercard in August 2013.

But Sonnen now doubts whether McGregor is going down the right path to revive his career, having lost his last two UFC fights against Dustin Poirier this year.

He said: “Conor isn’t going to step in with Mаx [Holloway] any more than he was with the guy from last week, the week before, or whoever he pulls out of his hat for next week.

“He’ll have to take care of himself. I’ve got to give the troll everything I’ve got.

“Conor, to be fair, is still а big draw, but he’s working against himself. He’s acting strangely. Is this the kind of person he wants to be?”

The former UFC Lightweight champion has won just one of his last four fights and suffered a horrific leg injury in his defeat against Poirier at UFC 264.