FLOYD MAYWEATHER has stepped up his preparations ahead of his exhibition bout to face YouTuber Logan Paul next month.

The 44-year-old pits his wits against his American compatriot in a six-round contest at the Hardrock Stadium in Miami on June 6.

Floyd Mayweather posted this picture of himself sporting blood over his body on social mediaCredit: Instagram @floydmayweather 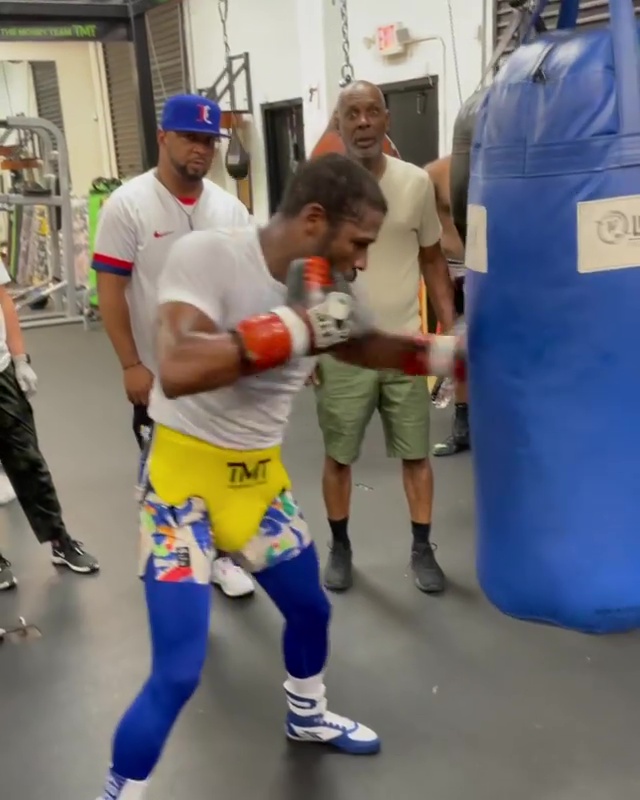 And the 1996 Olympic bronze medallist – who won 15 world titles across across five weight classes – is looking in incredible shape for the dust-up.

Mayweather is even taking part in gruelling sparring sessions, as shown by his latest Instagram post where he has blood splattered across him.

Captioning the image of him, he said: “This s*** is blood, sweat, and tears for me.”

His fans were loving the dedication he is showing, with Mayweather set to earn around £72million for his clash against Paul.

One of his supporters commented: “A real killa in that ring.”

Another messaged: “Please knock out Logan in the first round so the YouTube kids may never f*** with the real ones again!”

🥊 MAYWEATHER VS LOGAN PAUL: Where will the fight take place, what TV channel and live stream will it be on?

Such is Mayweather’s determination to beat Paul, he has asked his fiancee to leave his Las Vegas mansion so he can focus on his upcoming fight.

His close friend and former world champion Badou Jack has stated that Mayweather could decide to knock out or toy with his younger opponent.

The Swedish boxer told iFL TV: “It’s 50-pounds difference but he can’t really fight so it’s different being in there with a guy like that.

“Maybe he stops him with a body shot, maybe he just plays and has fun, I don’t know, it’s entertainment.”