MANCHESTER UNITED finished off their horror season with a 1-0 defeat at Crystal Palace.

Wilfried Zaha came back to haunt his old club with a superb strike at Selhurst Park as the hosts took all three points.

And this was no dead rubber for United, either.

Playing in front of new boss Erik ten Hag, the Red Devils would have slipped into the Europa Conference League had West Ham beaten Brighton.

The Hammers threatened to beat United to sixth, too – going 1-0 up on the south coast.

They ultimately flopped to a 3-1 defeat, but United looked tame as their woeful season ended in limp manner.

It’s been one of United’s worst-ever Premier League seasons, and the stats prove it.

UNITED finished the season with a shockingly poor 58 points – a whopping 13 adrift of Tottenham in the final Champions League spot and 35 behind champions Manchester City.

That return is United’s worst since the 1989-90 season when they picked up just 48 points in finishing the season in 13th.

Thanks largely to Sir Alex Ferguson‘s heroics, United have never finished the season without boasting a positive goal difference since.

Following the 1-0 defeat at Palace, United ended the season with a goal difference of exactly 0.

That means United failed to finish a campaign without a positive goal difference for the first time in 32 years.

IN slumping to defeat in East London, United ensured their horror away run continued.

Under Ralf Rangnick, the Red Devils have now lost six consecutive league matches on the road.

This is the first time that has happened since March 1981… more than 40 years ago. 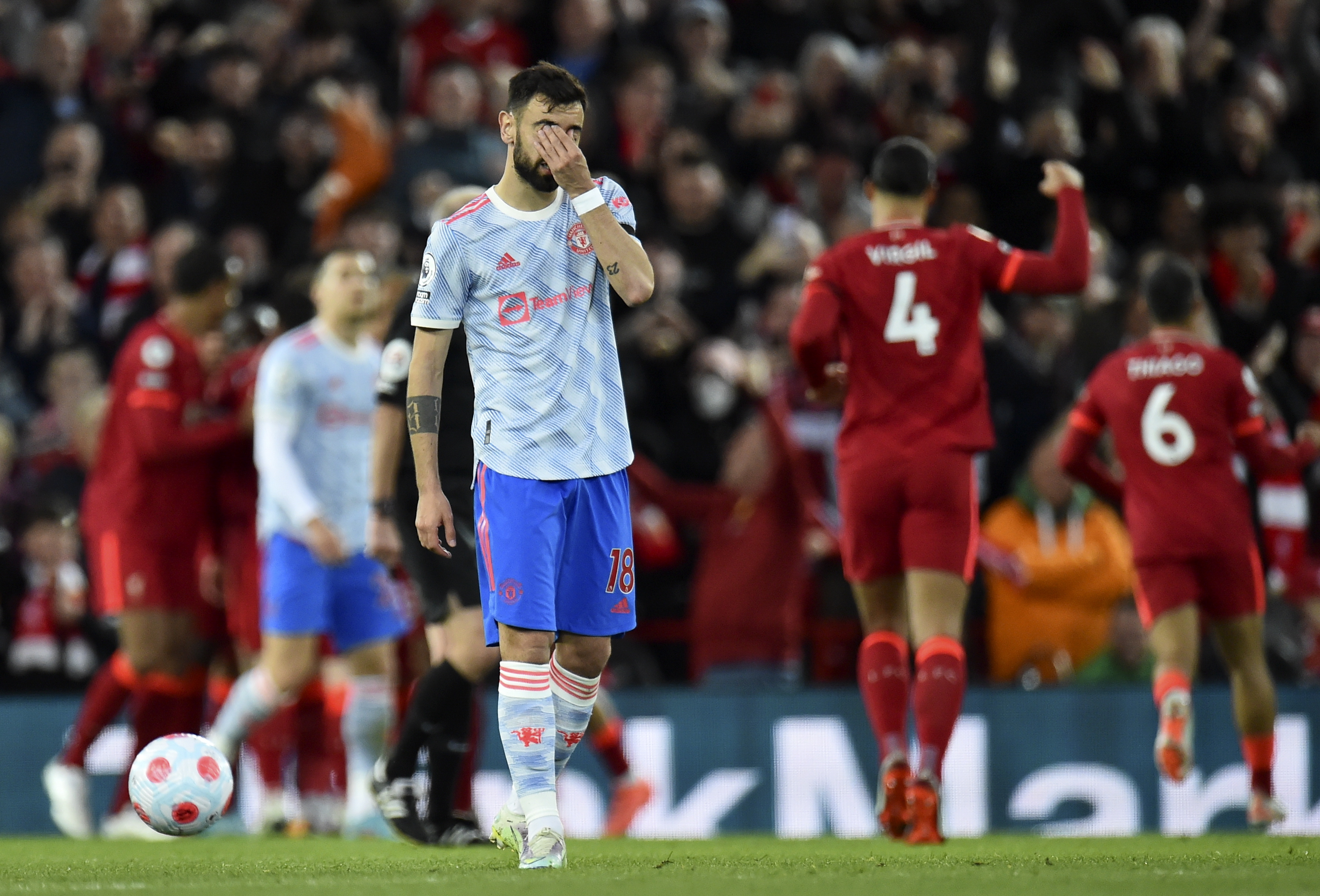 Liverpool thumped Man Utd 9-0 across their two Premier League meetings in 2021-22 – their worst aggregate defeat in over a centuryCredit: EPA

And United were thumped by Liverpool TWICE in the same season.

The Reds – who missed out on the title by a single point after a thrilling final day – battered United 5-0 at Old Trafford in October.

And Liverpool then mauled them 4-0 at Anfield in April – securing an outrageous 9-0 aggregate score.

United have only ONCE suffered a worse combined defeat in their history – their 11-0 loss to Sunderland way back in 1892-93… 129 years ago.

ANOTHER year, another trophyless season.

United have now gone over FIVE YEARS since last winning a trophy – the Europa League under Jose Mourinho.

United’s next chance for silverware will come early in 2023 should they reach the Carabao Cup final.

Even if they do make it, this will be the club’s longest trophy drought since they were last relegated.. 48 YEARS AGO.