AN official opening date for the exciting new Super Nintendo World has been announced with the first pictures inside the park released.

Due to open on February 4 next year, the park has revealed the new Mario Kart ride as part of the new attraction. 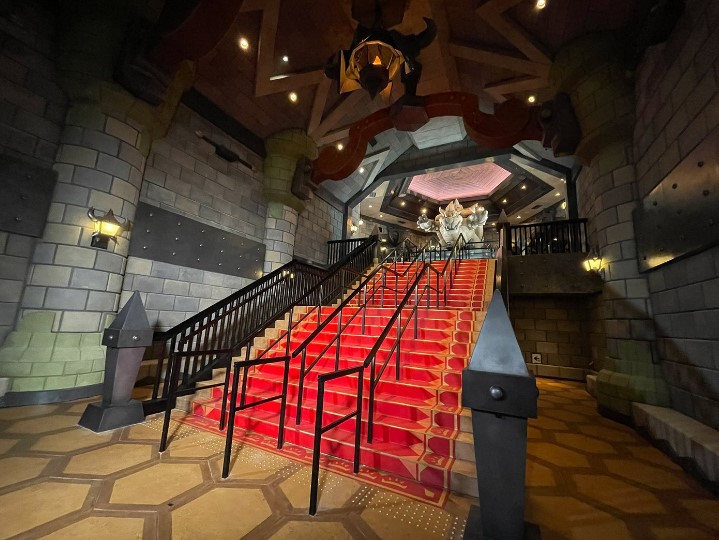 The Mario Kart ride at Super Nintendo World has been revealed in new picturesCredit: Nintendo

The resort, which was due to open this year but was postponed due to the pandemic, will open in Japan ahead of the Olympics next year.

Inside the park will be Bowser’s Castle with images revealing a huge staircase when you enter as well as a huge bronze statue of the villain.

While queueing, guests can look at all of the racing trophies which are from the games before getting to the Mario Kart: Koopa’s Challenge ride.

Passengers will be in the driving seat of an iconic Mario Kart vehicle, which uses AR and projection mapping to create the driving courses projected through Mario headsets. 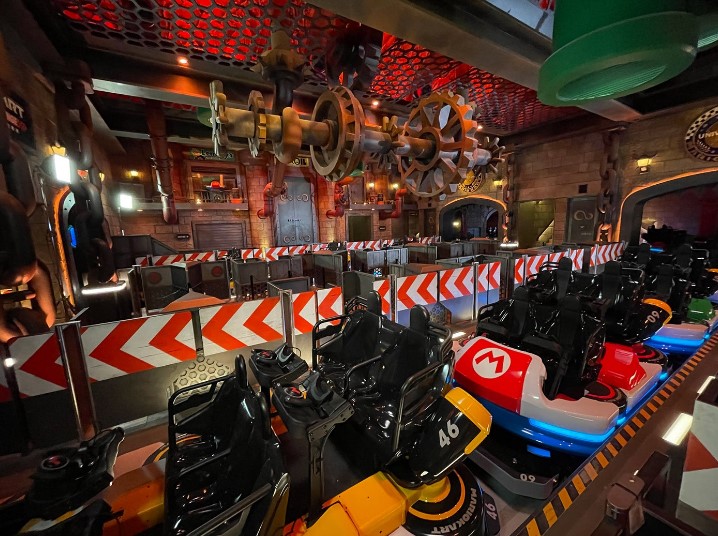 The ride will let passengers race through AR headsetsCredit: Nintendo 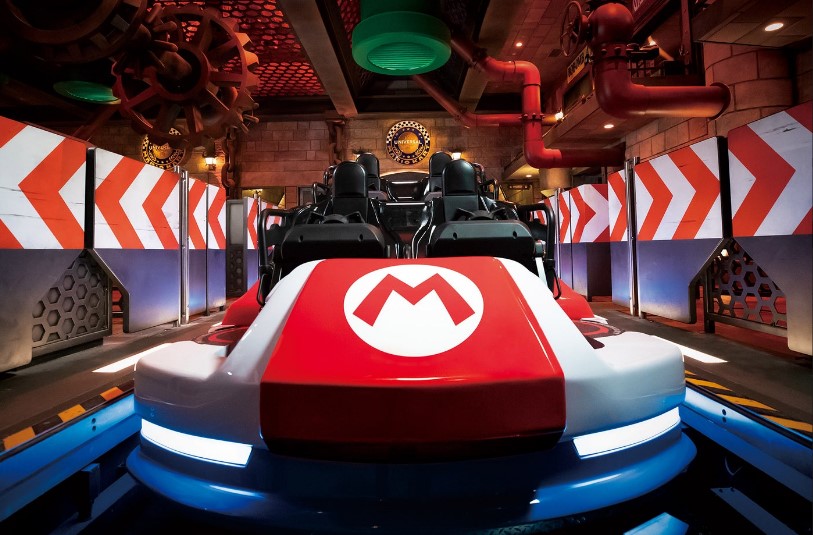 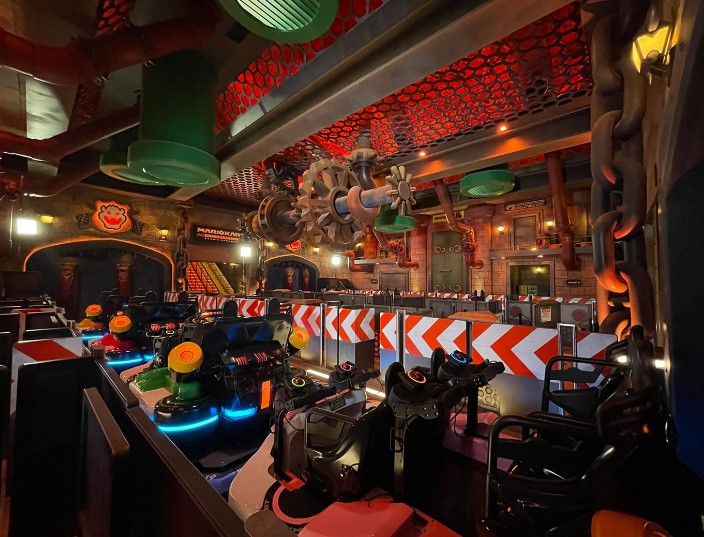 Riders will race each other through the projected maps, with winners and losersCredit: Nintendo

Thomas Geraghty who was behind the ride told local media: “Guests will join their favourite characters immersed in augmented reality, steering their way through the Mushroom Kingdom, throwing shells at Koopalings, as they race to the finish.”

Guests will enter through a drainpipe, with the huge land featuring the iconic mushrooms and piranha plants scattered across the park along with Toad’s House.

Other rides include Yoshi’s Adventures, an omnimover-style ride (used by Disney rides such as Haunted Mansion and Buzz Lightyear Astro Blaster) which takes passengers along a track with views of the park as well as animatronic scenes.

Guests will sit in Yoshi-themed cars as they travel throughout the land. 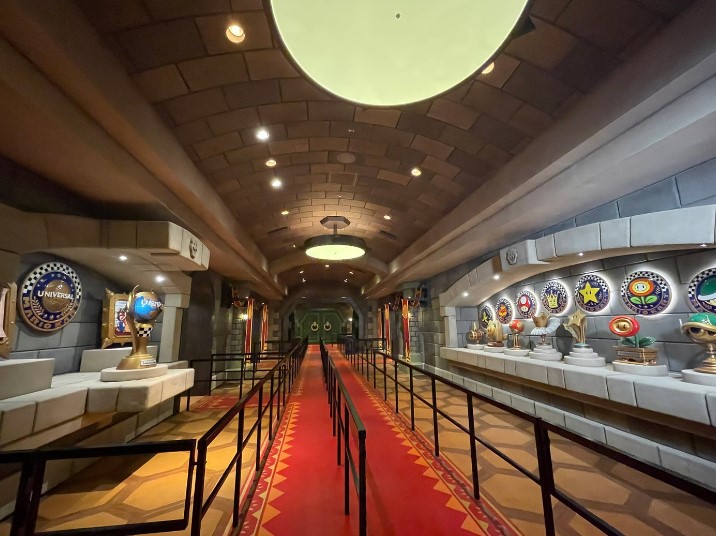 While queuing, guests can look at all of the trophies from the gamesCredit: Nintendo 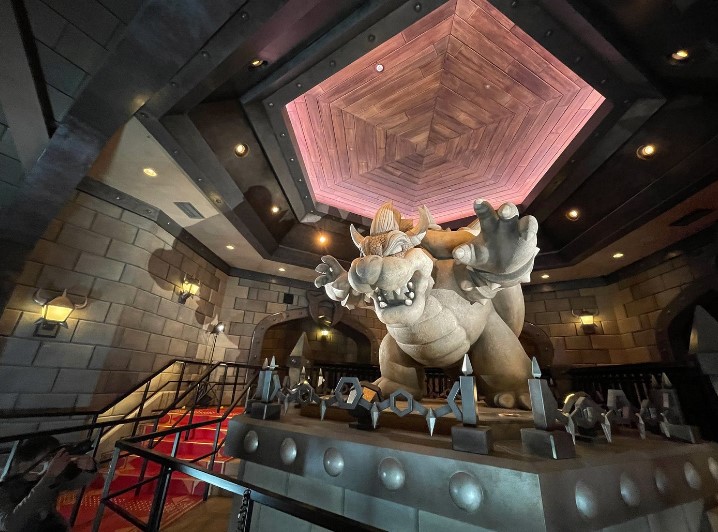 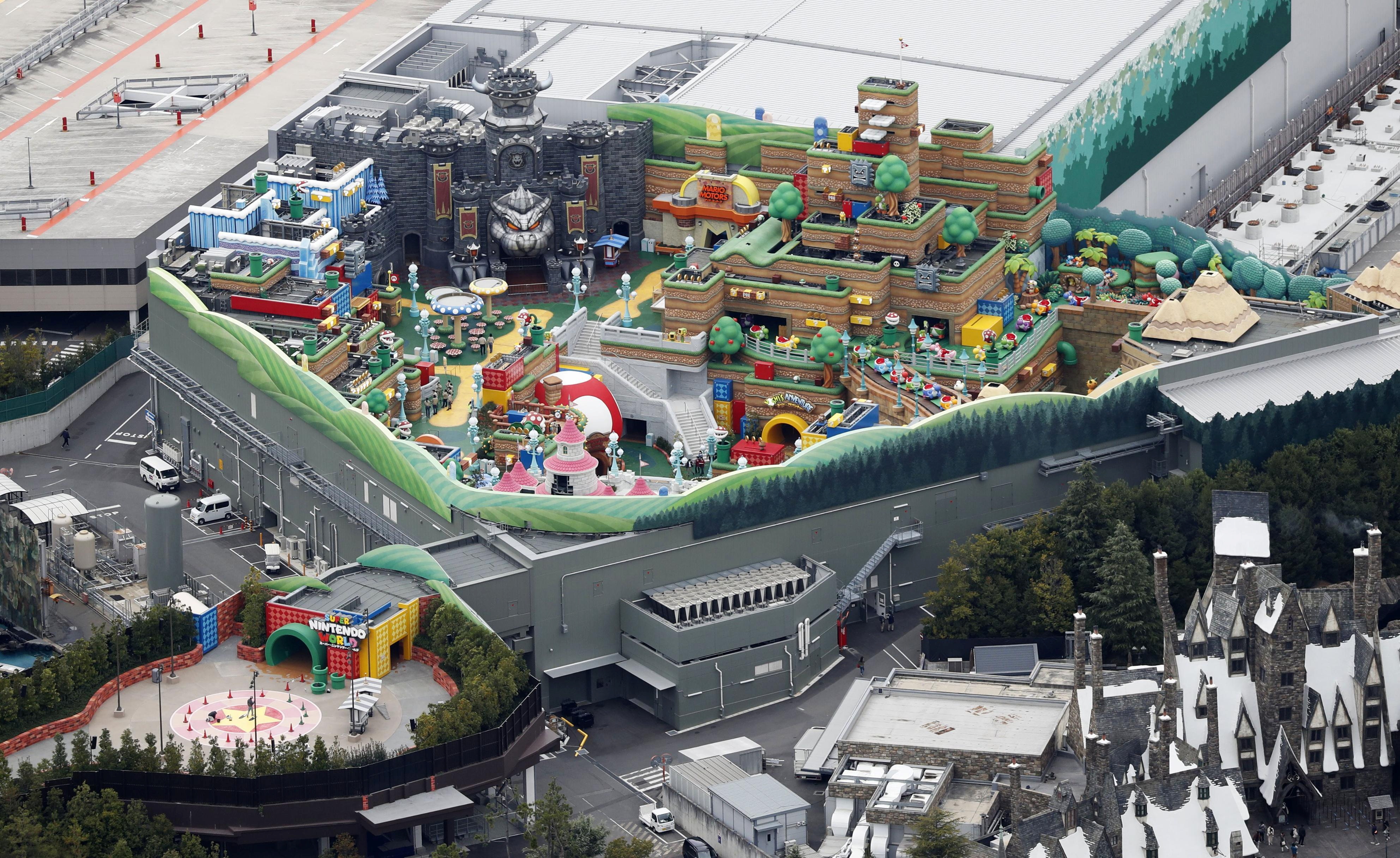 The theme park will open on February 4 next yearCredit: Reuters

While in the park, guests will play Super Mario in real life using “power-up bands”.

The bands will track and sync activities while walking around the park, letting guests collect coins and compete with other people.

The bands appear to have six options based on the characters – Mario, Luigi, Princess Peach, Princess Daisy, Toad and Yoshi.

The app will show visitors where to find coins – and hit a real-life question block – as well as feature a map of the attractions.

After creating a profile, fans of the games can then try and beat each other.

Last year, chairman and CEO of Universal Parks & Resorts Tom Williams explained that the scores could even be sent back to the Nintendo game console to build up for another visit to the park.

Earlier this year, the park opened a Mario cafe and shop ahead of the launch.

It is the first Mario Cafe & Store in the world which will have exclusive snacks and souvenirs.