AMAZON today launches a store with no tills – where customers can grab goods, stick then in their bag and just walk out.

And as the US tech giant fires the first salvo in a likely war with UK supermarket giants, it is also launching its own By Amazon range of food from milk to bread to ready meals and sandwiches. 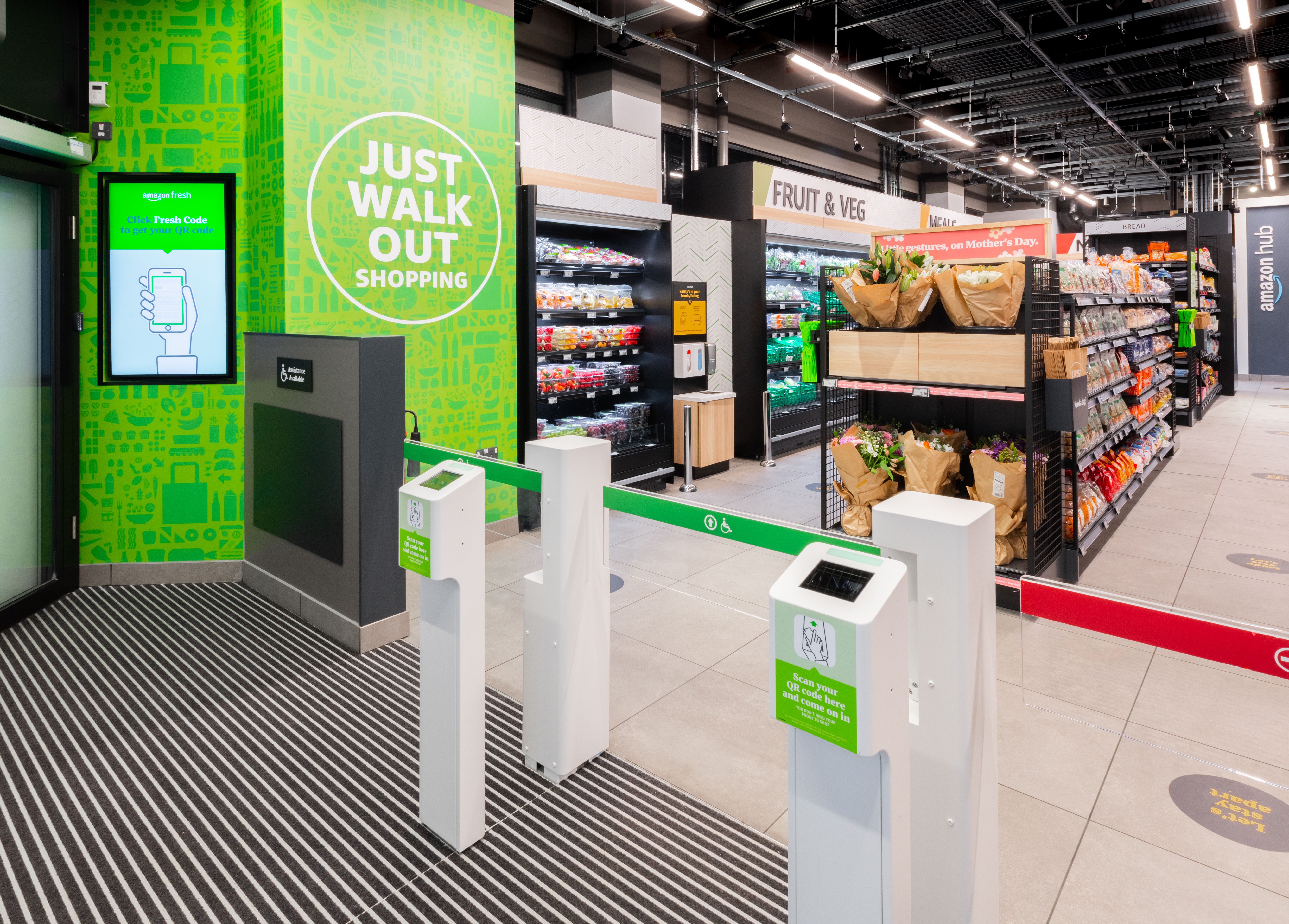 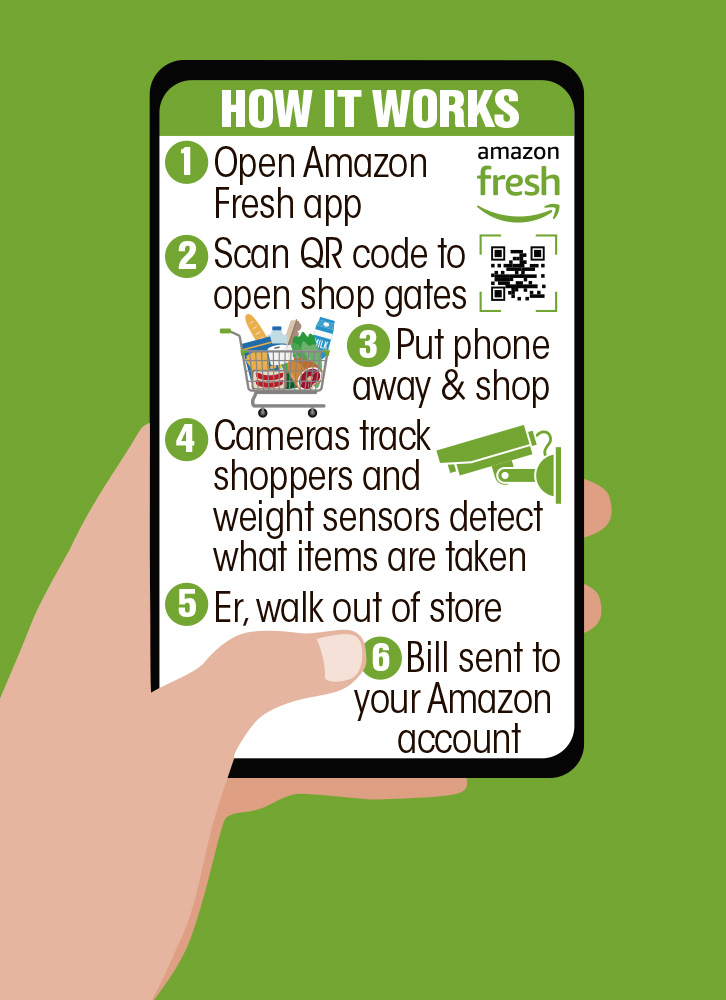 In the new Amazon Fresh store, opening today at 7am, shoppers don’t even have to scan items – with a raft of cameras and sensors detecting what they pick up.

Each item is added to a “virtual basket” on the shopper’s phone and after walking out the total is charged to a saved card.

The 2,500 sq ft store in Ealing Broadway, West London is the first of “several” in the capital this year to use Just Walk Out tech – with the concept to be rolled out across the UK next year.

It has been in use in America for two years, where shops are known as Amazon Go.

High density residential areas near train, tube and bus stations plus areas with lots of offices are being lined up as locations. 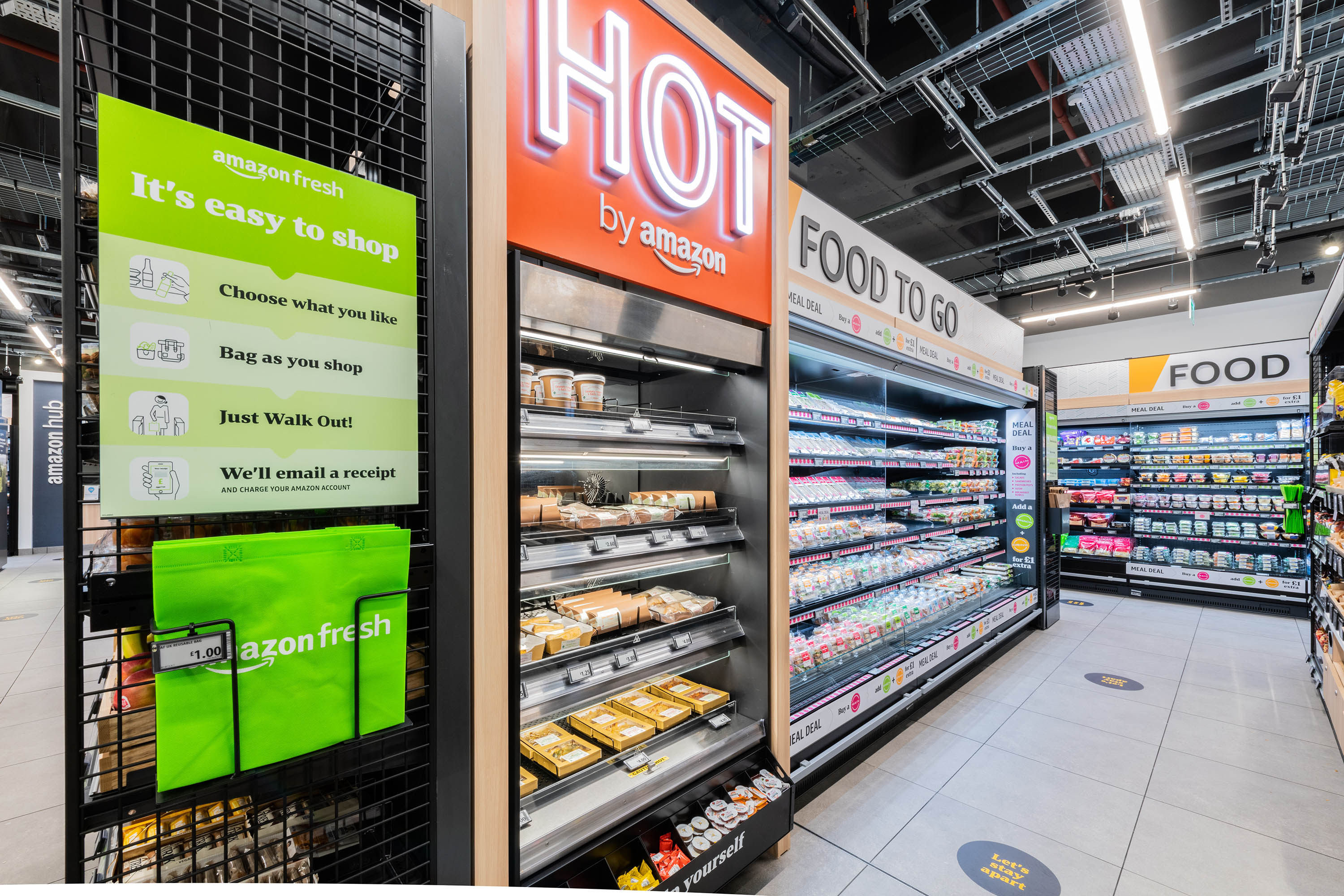 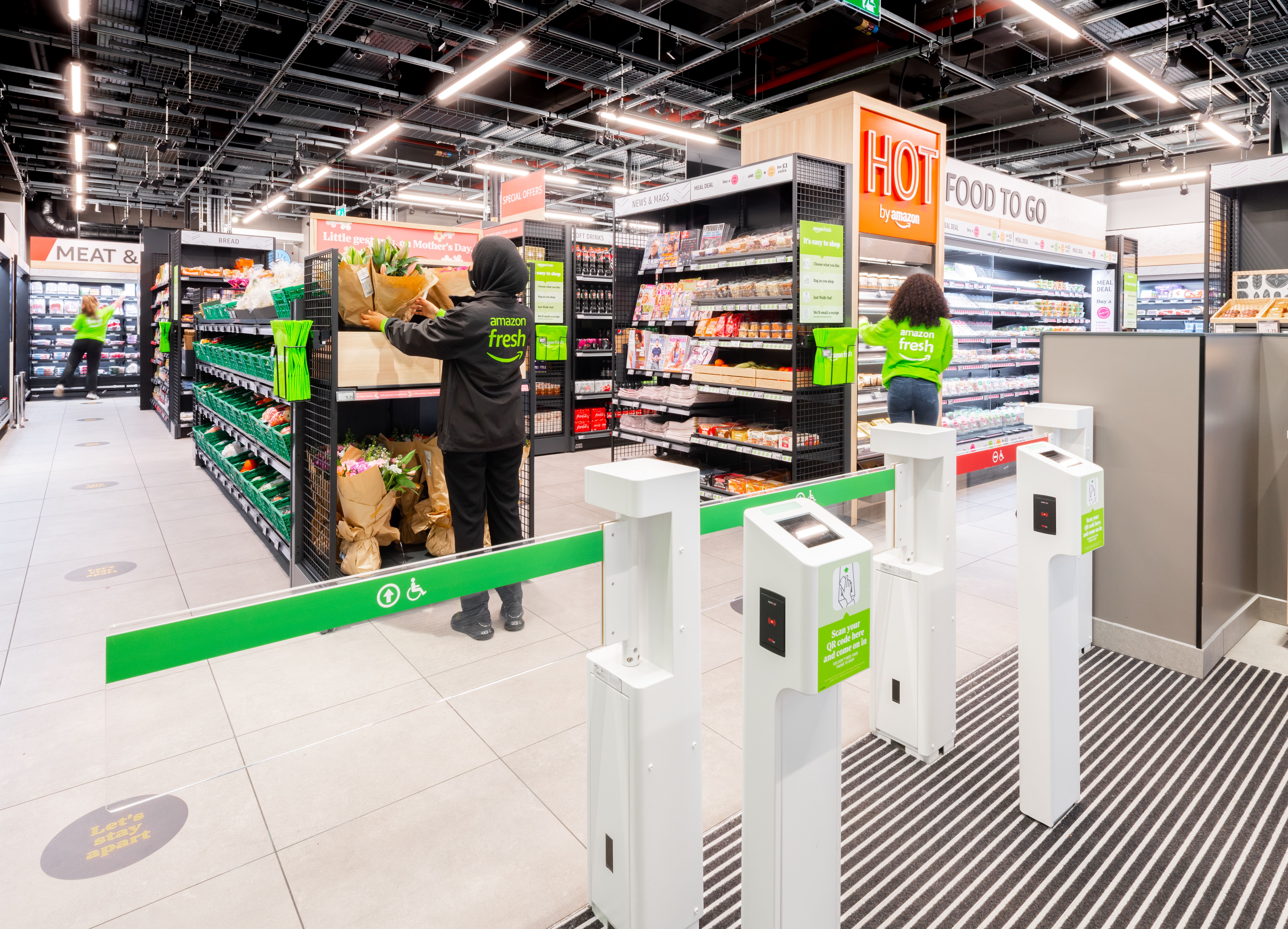 Customers must scan a QR code to pass entry gates 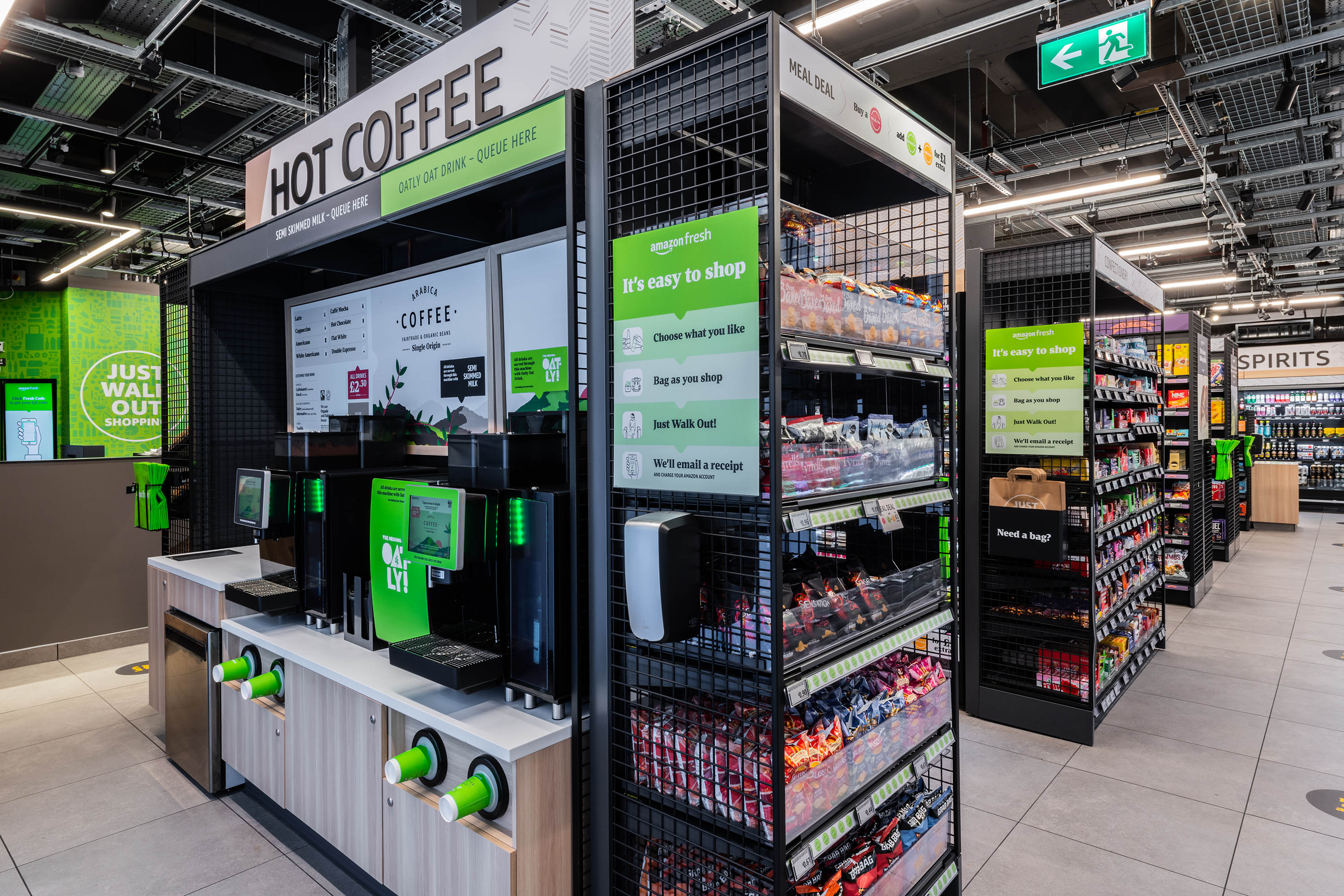 With meal deals – the cost of the sandwich or pasta plus £1 for a drink and snack – plus fresh coffee machines show the stores are geared up to workers grabbing lunch as much as people stocking up on essentials like milk, newspapers, cereal and washing powder.

He told The Sun: “We know the technology will delight our customers. The technology sets out to answer the question: ‘Who took what?’

The store is about the same size and has the same layout and pricing as typical city and town-centre convenience stores from the likes of Tesco, Waitrose, Co-op and Sainsbury’s. 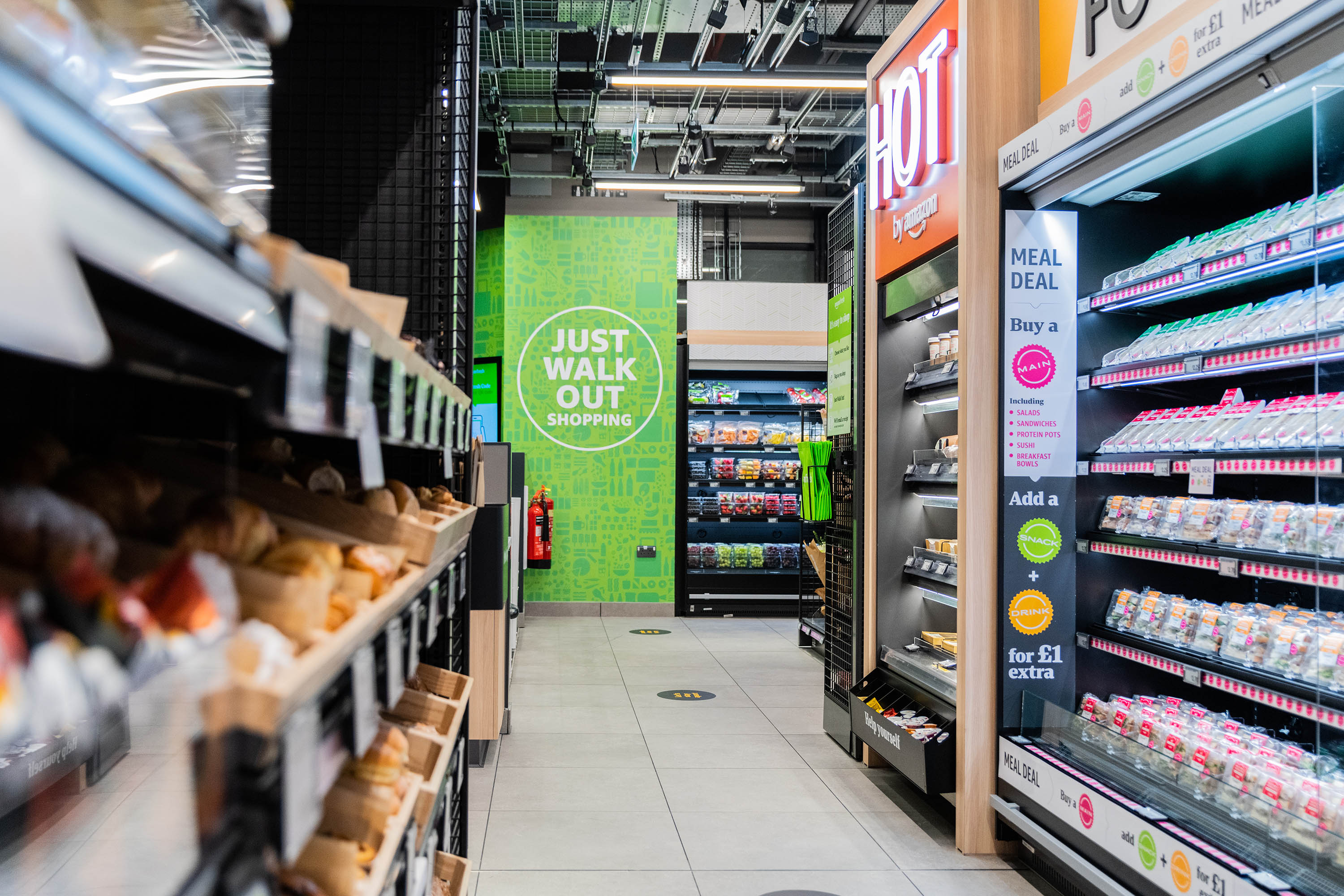 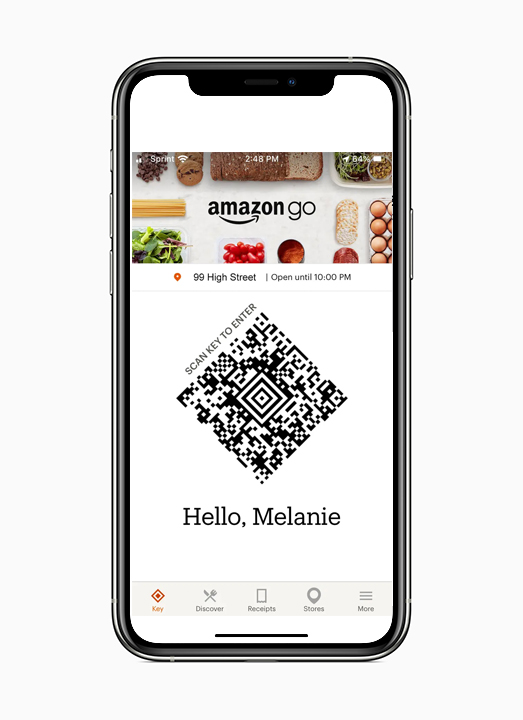 They have fresh fruit and veg, chiller cabinets and store cupboard goods like cereals and tins.

Plus there is fresh baked goods, hot food plus a big range of sandwiches as part of a meal deal.

It will be sold alongside big brand names like Kellogg’s and Heinz and also items from Morrisons, which it already has a partnership with for same-day delivery of key groceries ordered from the Amazon website.

For online shoppers, there is an Amazon Hub for parcel return and pick up. 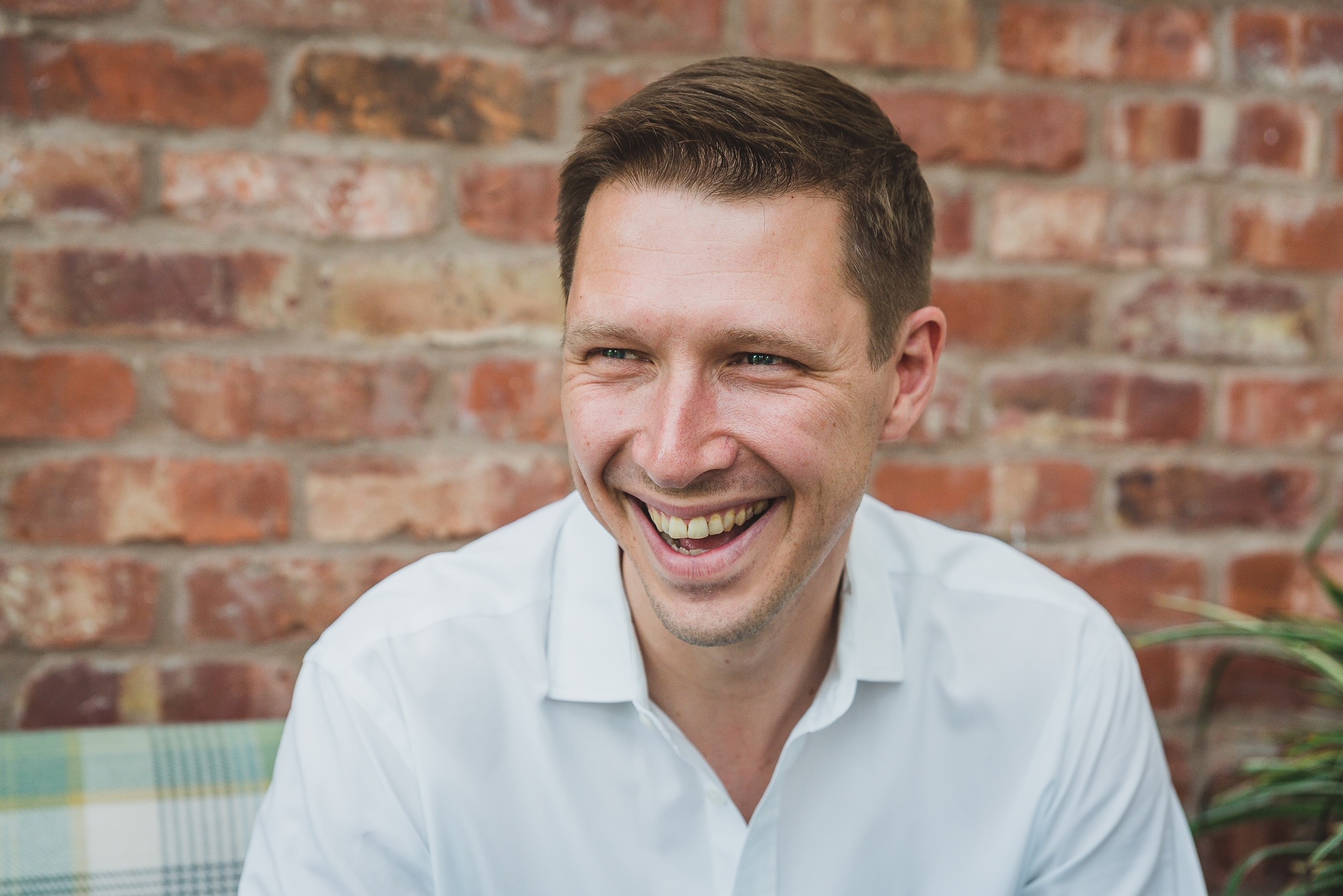 Customer numbers will be limited to 20 while Covid restrictions remain, and a traffic light system will operate to let customers in. Masks will be mandatory, with free ones if people forget one.

Amazon has beaten Tesco to launch first in the UK, with the retailer also working on a similar concept after buying Israeli tech firm Trigo Vision.

Sainsbury’s also launched till-less stores in 2019 but shoppers had to scan the items themselves. But they soon had to put in tills after teething problems.

I used Amazon’s till-less stores when I was in America – and I think it’s the future… which may surprise my wife and friends.

They will tell you how much I HATE normal self-service tills – because I muck up scanning things and then also always have unwanted items in the bagging area.

So I wasn’t sure an extra dash of tech from Amazon would be my basket.

But the key is – you don’t have to do anything. That appeals to my lazy nature and dislike of scanning things.

The advantage us Brits have is that Amazon has perfected its Just Walk Out technology over several years in the US so it’s now glitch free.

Also I got to take a “virtual” look round the new Amazon Fresh store in London – with exec Matt Birch as my guide on a video call.

Aside from the flash tech, which you don’t see, it is reassuringly like most convenience stores we are used to in towns and cities.

My only worry is over customer service – and also loss of retail jobs down the line.