HEAVYWEIGHT Nagy Aguilera was booed out of the AT&T Stadium, stadium in Arlington after his sixth round defeat to Carlos Sanchez. 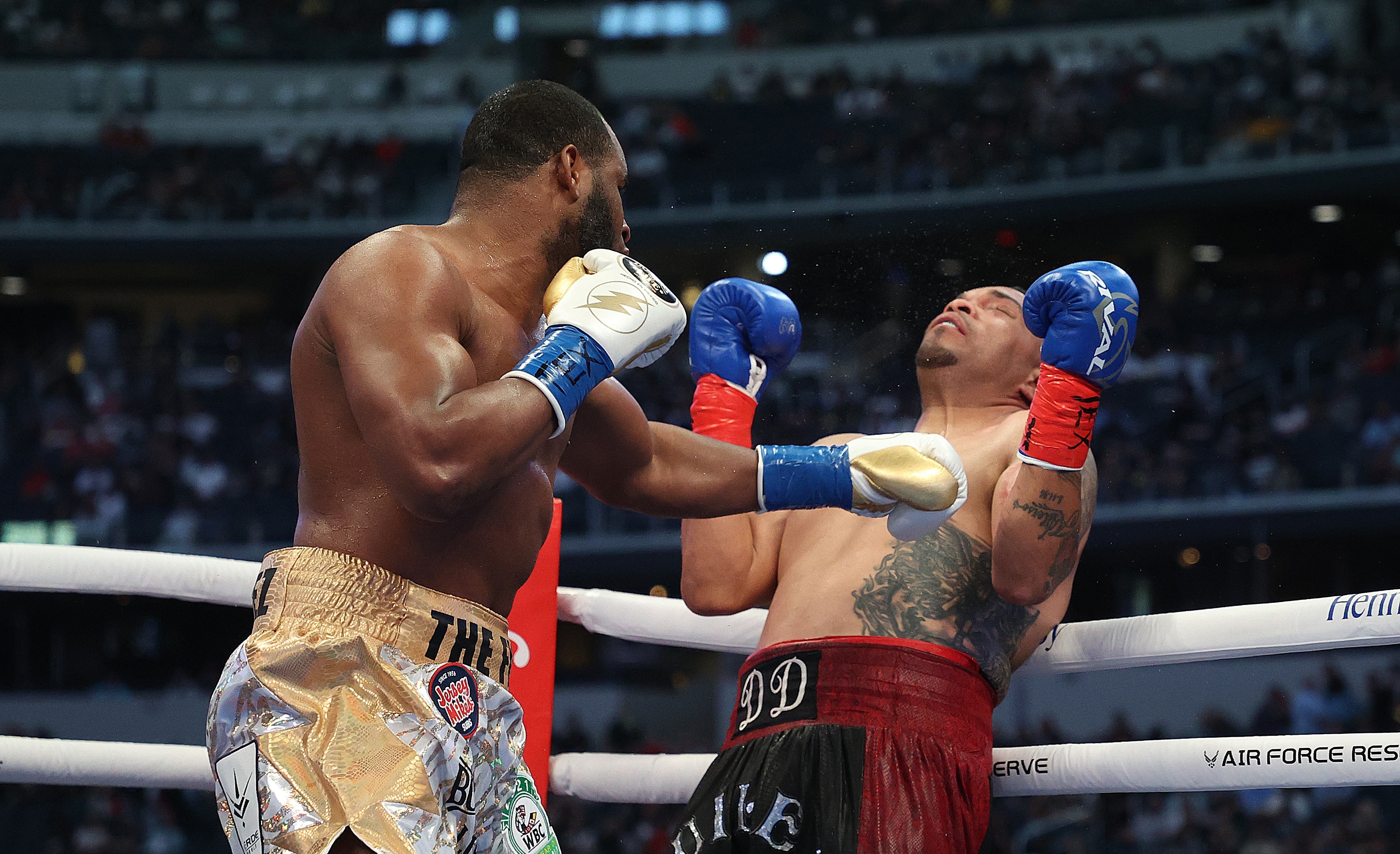 Nagy Aguilera was booed out of the AT&T Stadium, after his sixth round defeat to Carlos SanchezCredit: Getty 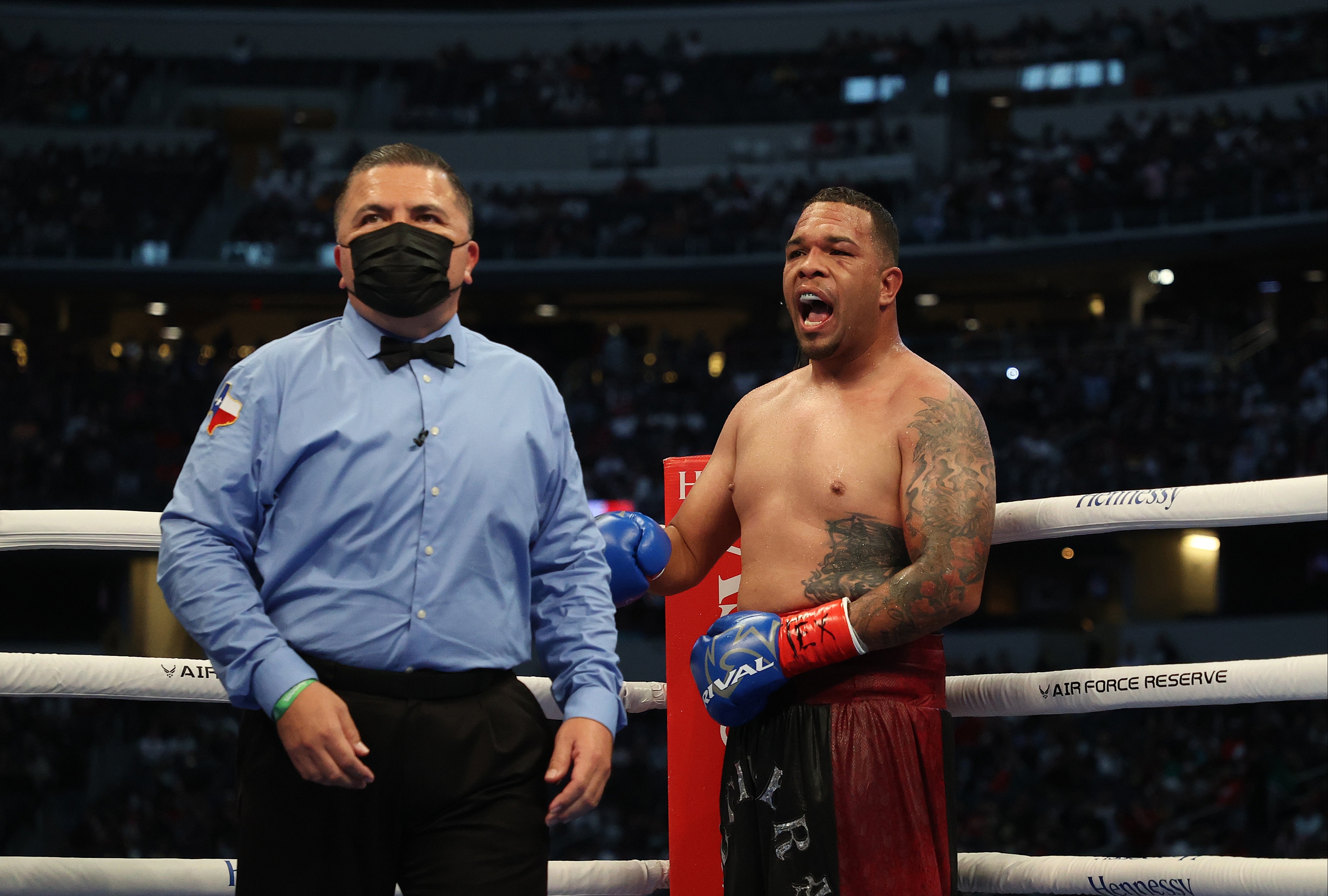 It ended it controversy as Cuban Sanchez landed a right hook around the side of Aguilera’s guard.

Aguilera then contested that the shot was illegal and the fight was brought to a halt.

The heavyweight was adjudged to be unable to continue the bout and Sanchez was awarded a technical decision.

One said: “Give Nagy Aguilera an Oscar…”

Another said: “Give Nagy Aguilera the Oscar already.”

One added: “Embarrassing from Nagy Aguilera.”

Give Nagy Aguilera the Oscar already.

Sanchez is ranked highest in the WBO at No6 and has already eyed the title Anthony Joshua owns.

His manager Mike Borao told Sky Sports in March: “Frank has his eyes set on the WBO world title and has instructed my partner Lupe Valencia and I to do everything in our power to deliver that opportunity.

“Frank will have his sixth WBO/NABO title fight in May, but remains very focused on the world title.

“Lupe and I are working very hard to keep Frank busy and a May return is likely.