FAMILY members of a gunman who killed his mom, stepdad and two deputies before dying in a shootout during a 13-hour standoff had previously warned police he was “having a breakdown.” 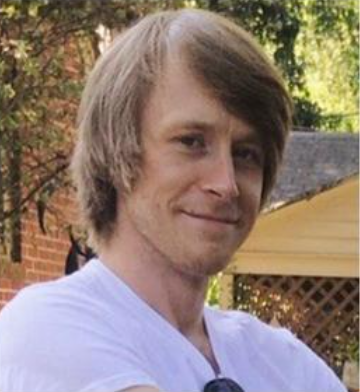 Isaac Alton Barnes, 32, was the gunman responsible for the shootings, police saidCredit: WRAL 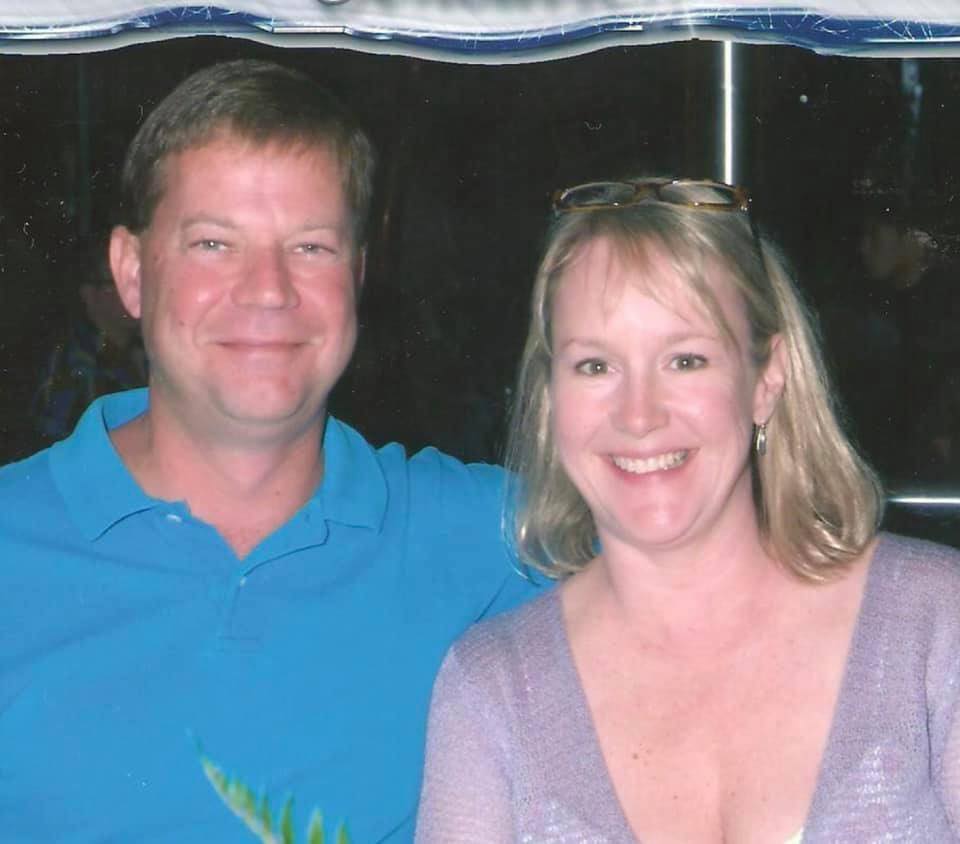 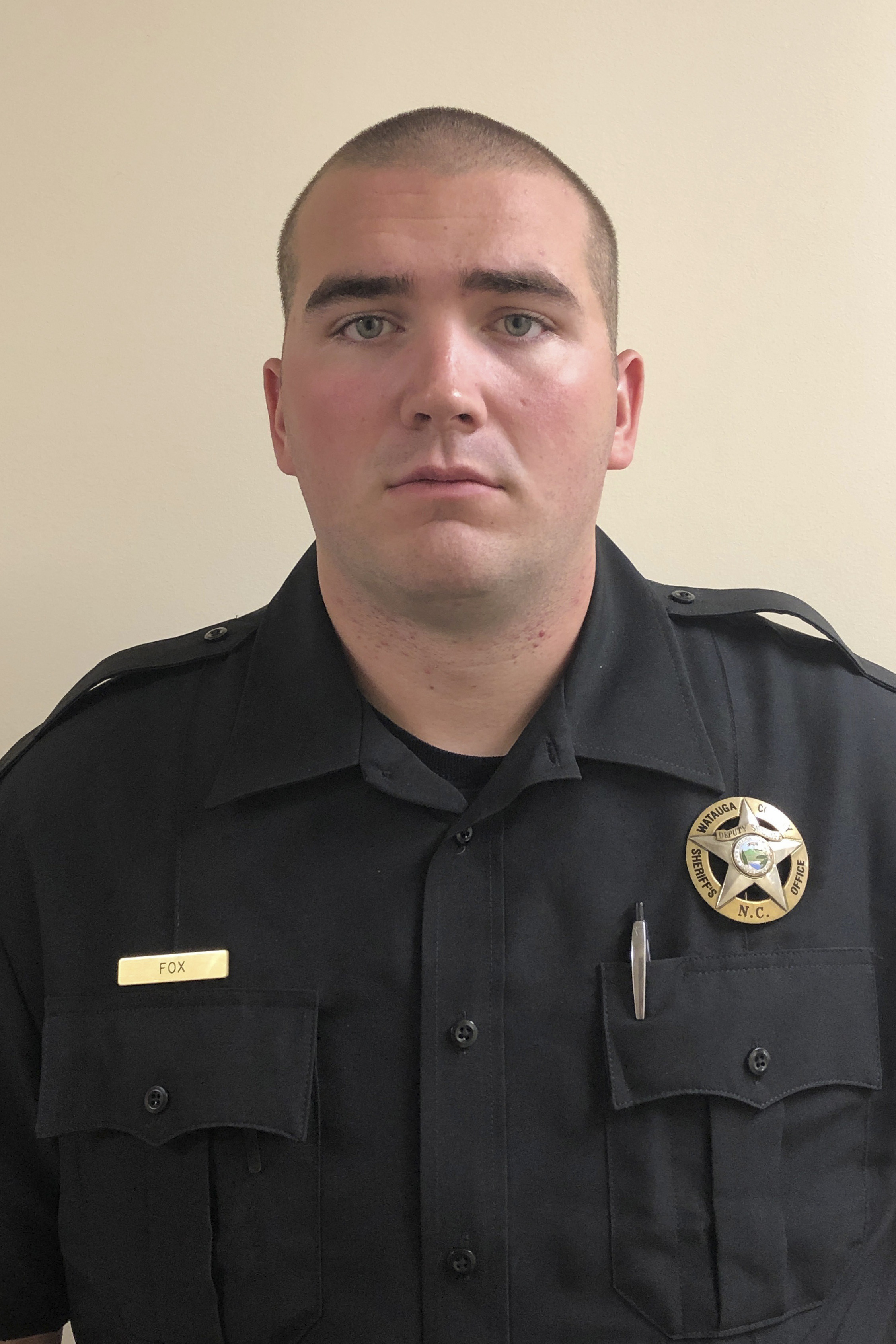 K-9 Deputy Logan Fox, 25, was killed inside the homeCredit: AP 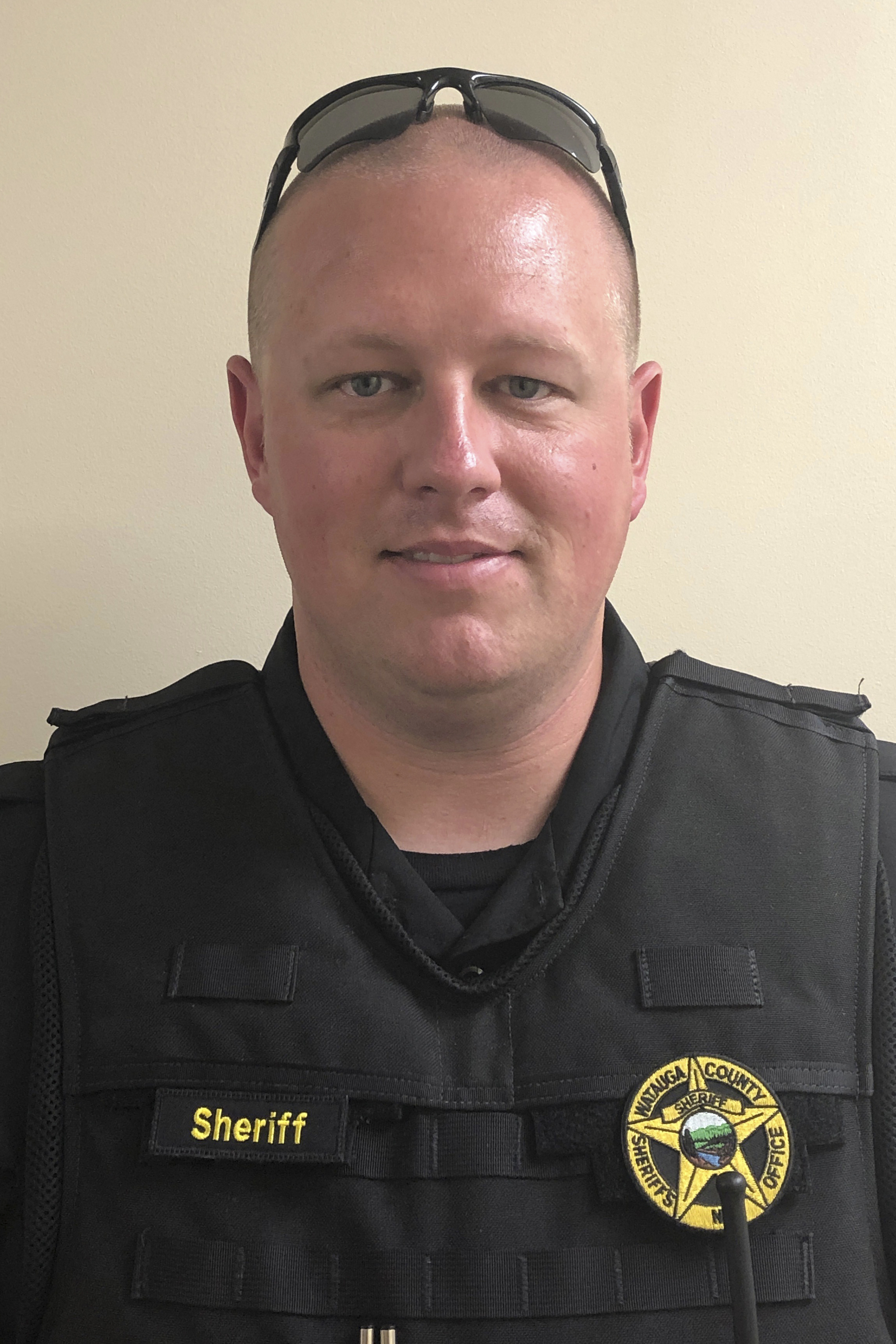 As was Sgt. Chris Ward, 36, after Barnes opened fire as the officers entered the homeCredit: AP

Fox and Logan were reportedly ambushed by Barnes inside Michelle and George Ligon’s home as they carried out a welfare check.

The senior Barnes first reported his son to the Avery County Sheriff’s County on Sunday and then called Watauga authorities after being referred.

He accused his son of pulling out a bowie knife and trying to stab him.

Hagman said that before Michelle and George Ligon were killed, they had also contacted his office on Monday out of concern of Barnes’ mental state.

The couple reportedly told cops that Barnes appeared to be in the midst of a mental breakdown and could be dangerous if approached.

Dispatchers warned officers to be on the look-out for Barnes, who had fled into the woods along the Avery and Watauga County border after purportedly attacking his father.

“They were trying to find Mr. Barnes, who was in essence, in the woods somewhere,” Hagaman said. “Camping out isn’t the right word, but he was hiding in the woods or staying in the woods. Nobody knew exactly where he was.” 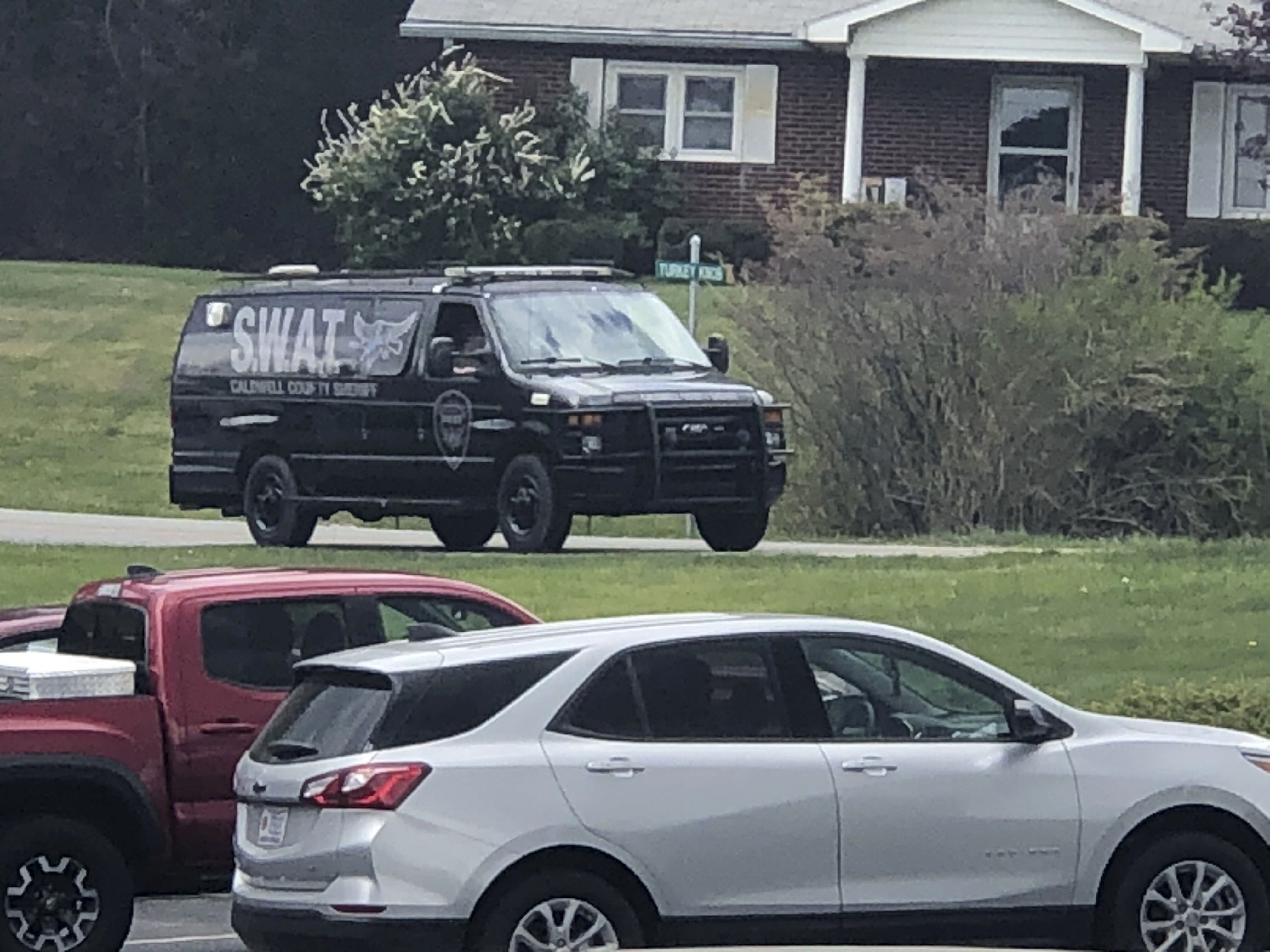 The deadly shootings happened at the Ligons’ home in Boone on WednesdayCredit: AP 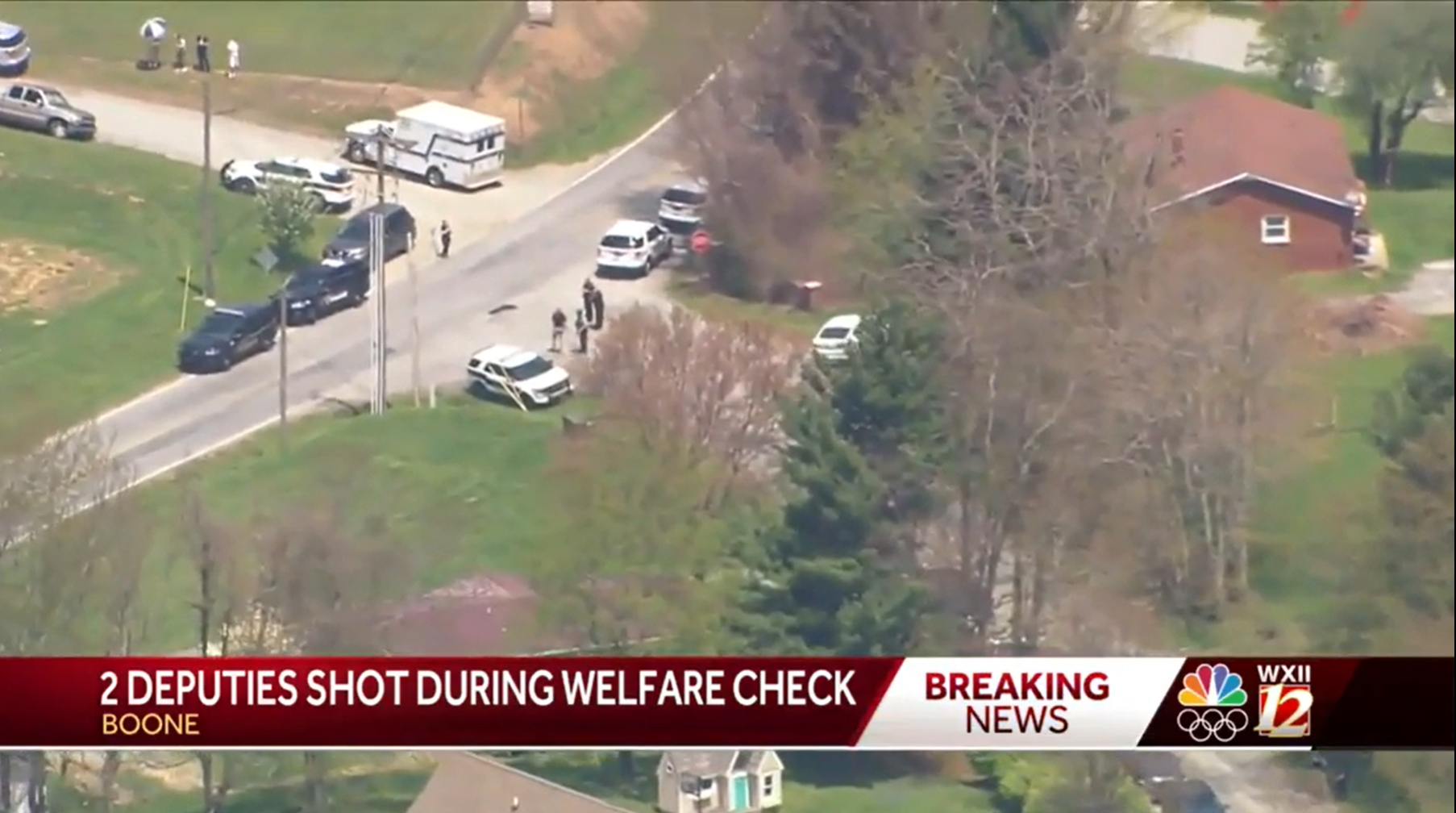 A 13-hour stand-off ensured after Fox and Ward were shot by BarnesCredit: WXII-TV

According to the sheriff, after Joseph Barnes reported the alleged knife attack, police decided to “wait [Issac Barnes] out” and see if he’d come out from the woods, “but he never did.”

“The follow-up to that was what led to our deadly encounter with him,” Hagman said.

The Watauga County Sheriff’s Office was called to conduct a welfare check on the Ligon’s home on Wednesday morning after both Michelle and George failed to show for work and were not answering their phones.

Sgt. Chris Ward and K-9 Deputy Logan Fox were dispatched to 553 Hardaman Circle at 9.44am.

Upon arrival, they saw two cars outside the home belonging to the family and suspected the couple was inside.

After knocking on the front door, they entered the home.

Moments later Barnes opened fire, striking them both in what Hagaman called an “ambush”. 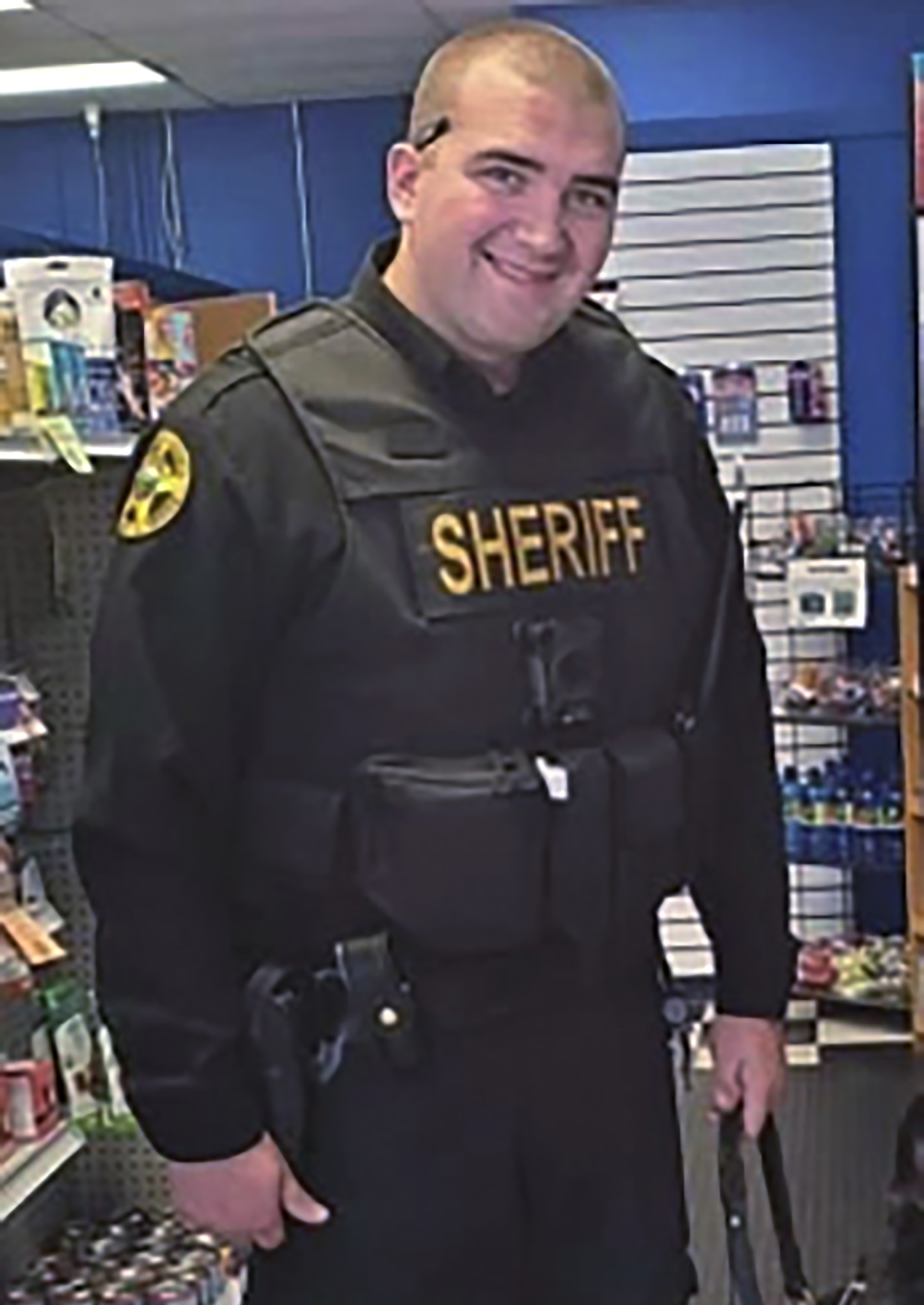 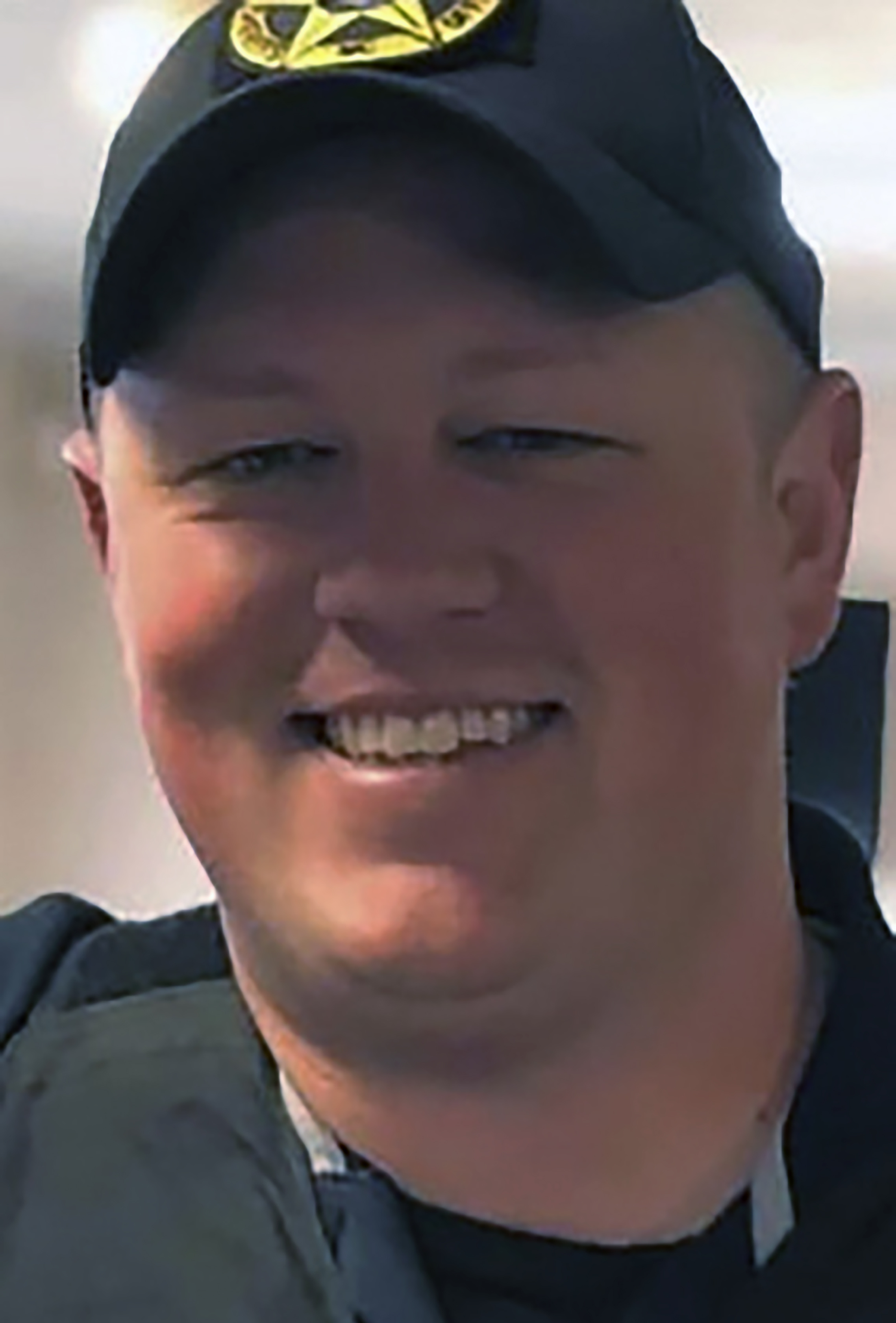 Upon arrival, they saw two cars outside the home belonging to the family and suspected the couple was insideCredit: AP 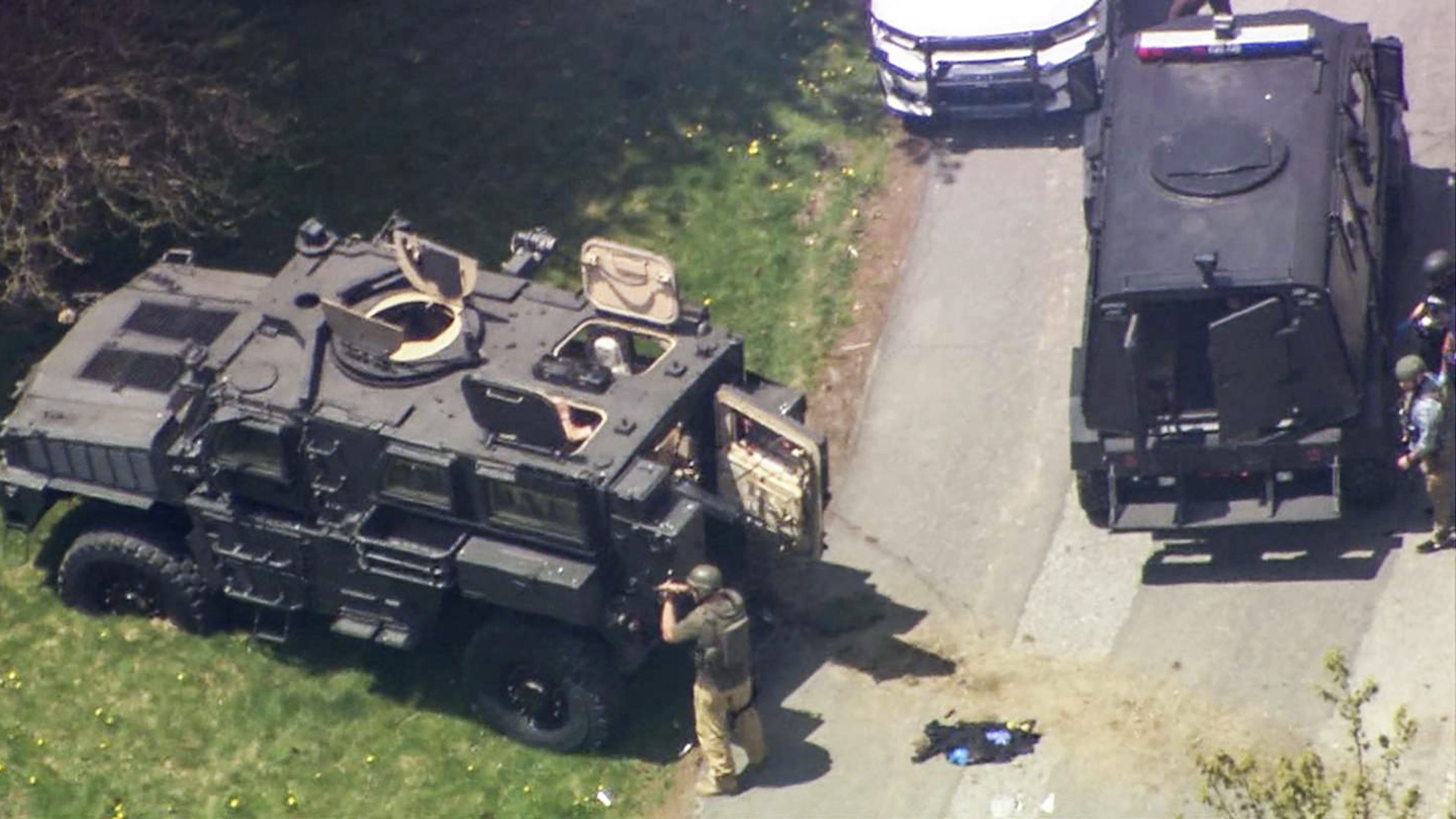 Backup was summoned and attending officers created a diversion outside so a rescue team could pull Ward out from the house.

A third officer was hit by gunfire during the rescue attempt, but was uninjured after the bullet struck their ballistic helmet.

Ward, 36, was airlifted to an area hospital were he was later pronounced dead.

Fox, 25, was killed at the scene. He remained inside the home throughout the entirety of the 13-hour stand-off that ensued.

Barnes reportedly shot at officers from a number of locations inside the home.

However, after the gunfire stopped for around 30 minutes, authorities sent a robot inside the sweep the home.

The robot picked up images of someone lying motionless on a bed, though it was unclear at the time if that person was Barnes.

Police then deployed tear gas and stormed the home. 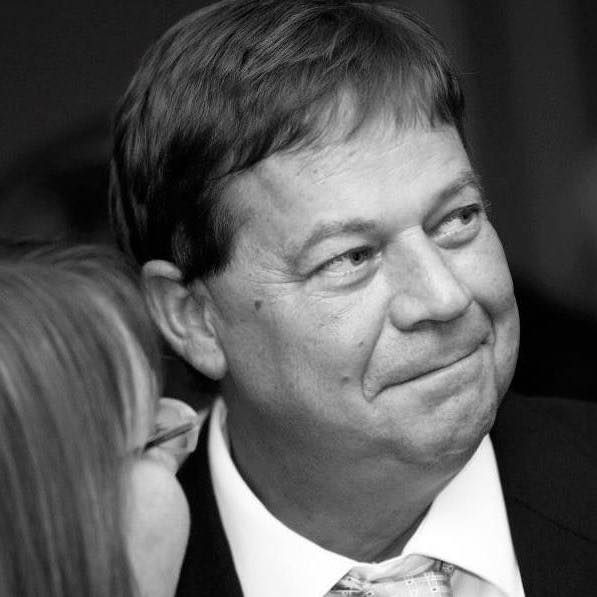 George owned his own business in the town of BooneCredit: Facebook 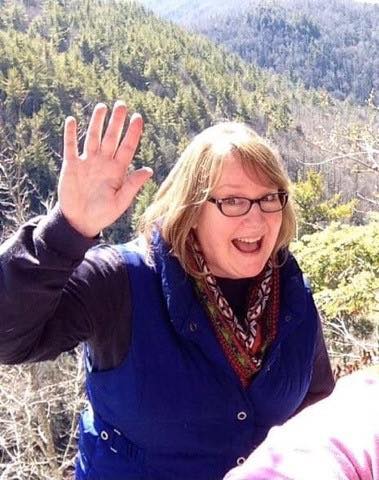 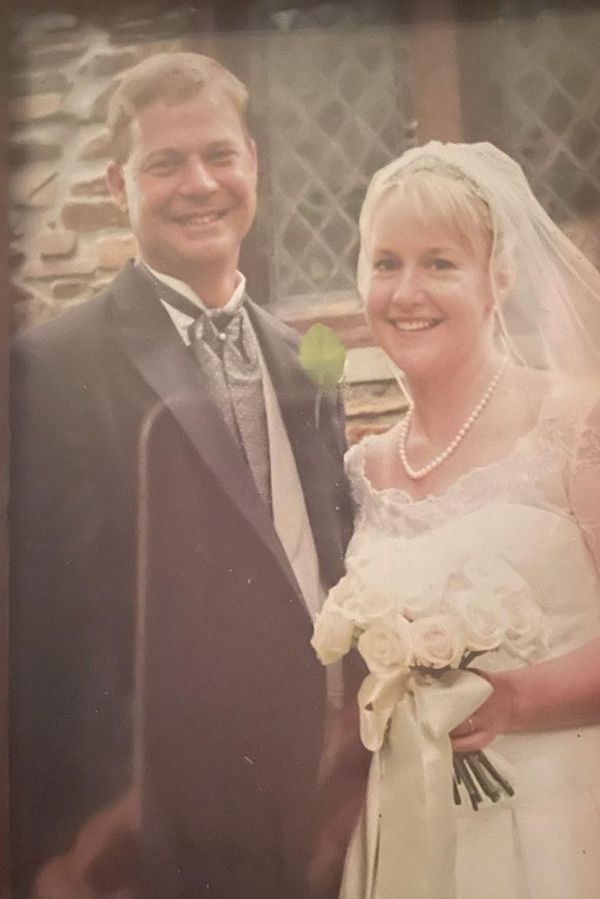 Neighbors and loved ones have remembered Michelle and George Ligon as pillars of the community and dearly lovedCredit: Facebook 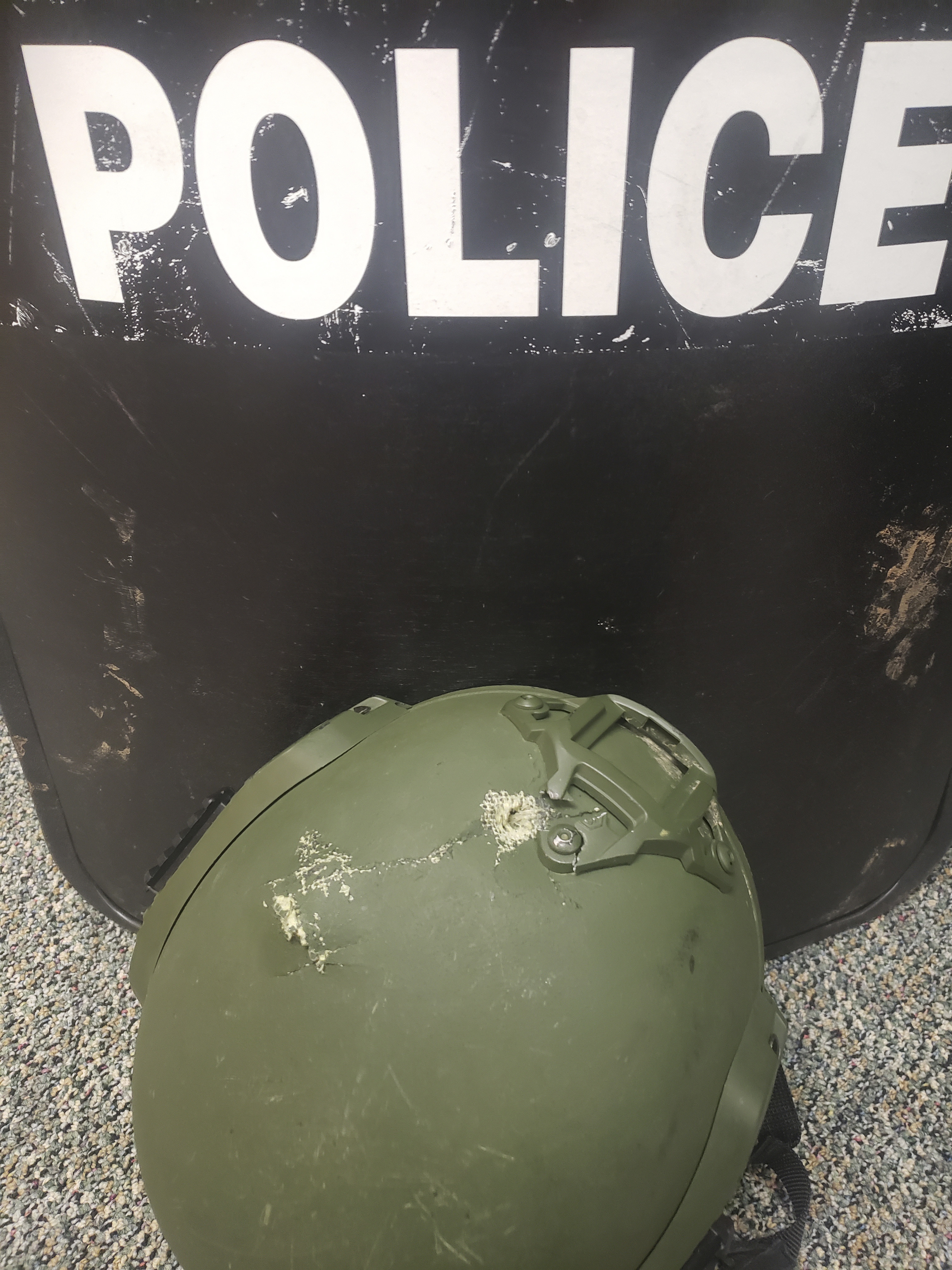 A third officer was hit by gunfire during the rescue attempt, but was uninjured after the bullet struck their ballistic helmetCredit: AP

At around 11pm, Michelle and George Ligon were found dead. It’s currently unclear when they were killed.

Authorities initially said Barnes died from a self-inflicted gun shot wound, though that has yet to be confirmed by investigators, according to Hagaman.

“Because it’s an ongoing investigation, we’re not able to share any specific details beyond what’s already been shared at this point,” a spokesperson for the North Carolina State Bureau of Investigation told AP.

Hagaman said Barnes didn’t leave behind a note at the scene of the murders, however family members previously told police that he owned a “large cache” of weapons, which he may have intended to use for a mass shooting.

“The blessing in the death of the two officers was that he [Barnes] was confined, albeit with four victims, and not out in the neighborhood or anywhere else,” Hagaman said.

Neighbors and loved ones have remembered Michelle and George Ligon as pillars of the community and dearly loved.

George owned his own business in the town of Boone, while Michelle worked in the local tourism bureau.

“My heart sank. It’s just so sad,” a former employee of George’s, Amber Mandel, told WBTV. “They didn’t deserve this, no one deserved this. I don’t know why, only God knows why.

“They were adorable. they met later on in life. They never had children of their own. But he took those kids in like his own,” Mandel said.

Sgt. Ward leaves behind a wife and two children.

GoFundMe pages have been set up for both Ward and Fox’s families.