FAMILIES with young kids say they have been stuck in “disgusting,” mould- infested council houses for a long time.

Frustrated tenants in Essex say they have been complaining to Thurrock Council for years but it won’t rehouse them even with a doctor’s letter. 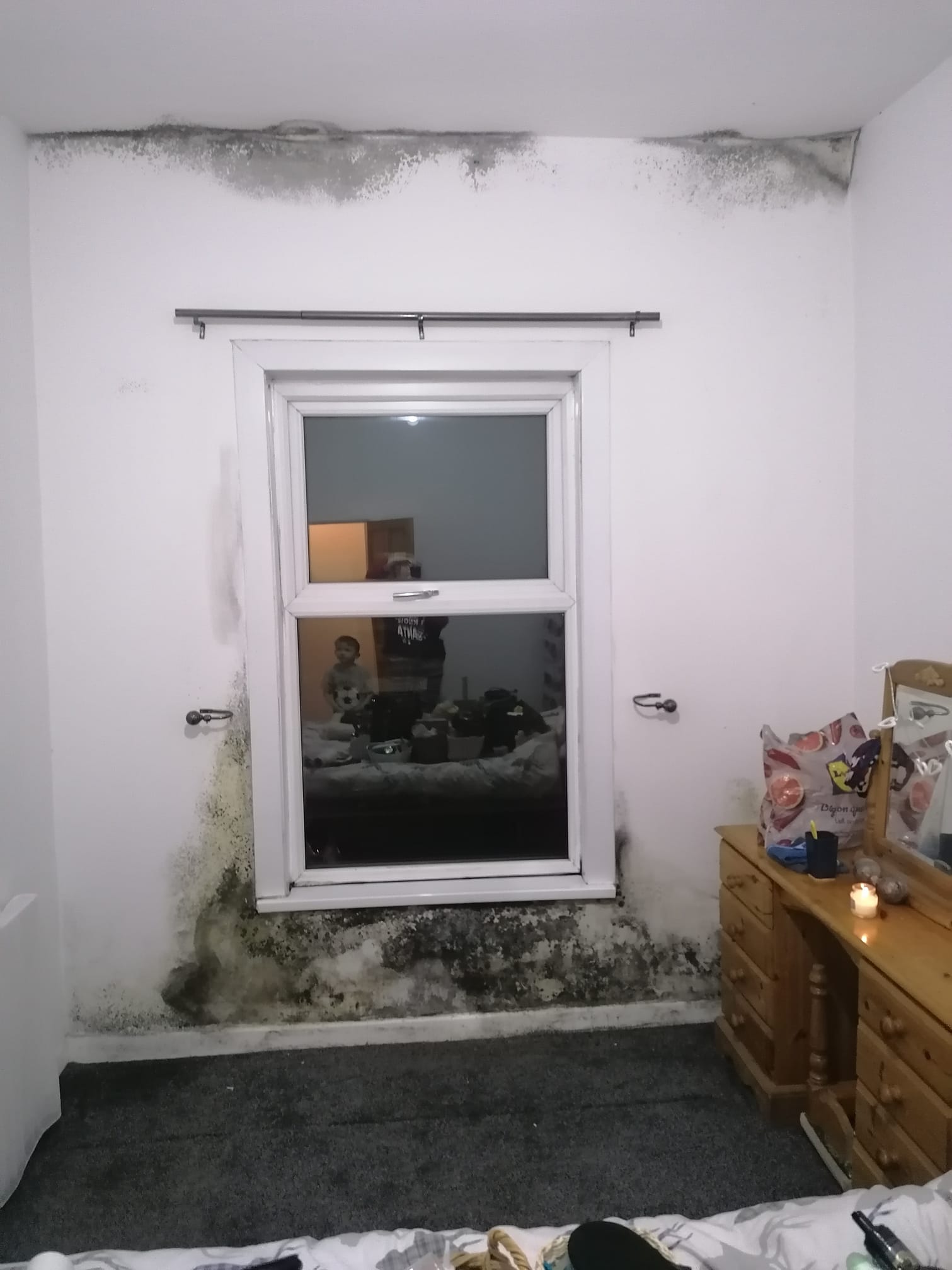 Tenants say they have been complaining to the council for yearsCredit: Mould & Damp In Thurrock Council Homes/Facebook 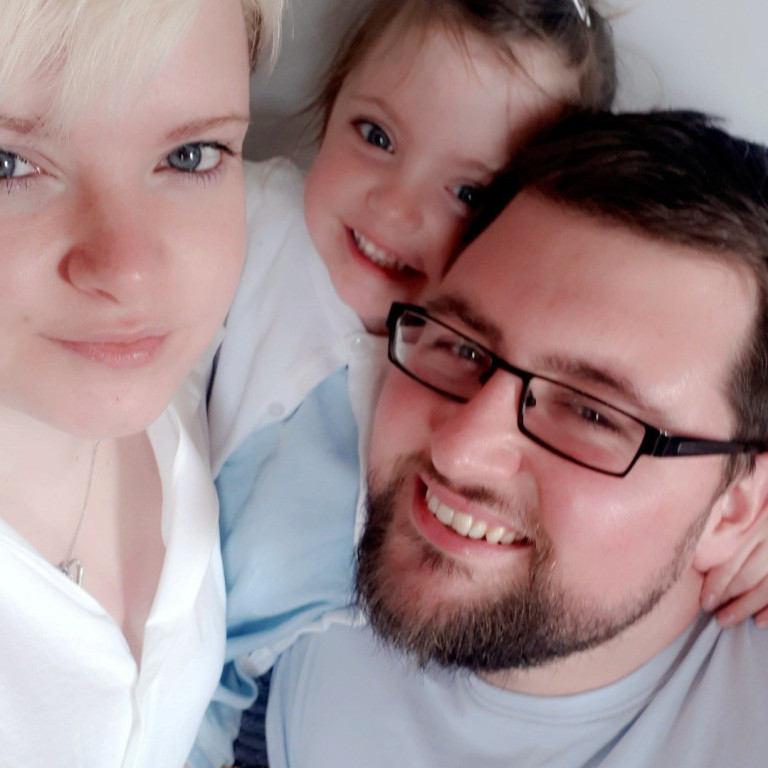 Tenants including pregnant mums and families with young children and babies have been forced to live in horrific conditions, in mould and damp-infested homes.

They say they feel ” completely ignored” by the council and say it has refused to address the issues.

In some cases, the tenants have developed health conditions or believe that existing health issues have been exacerbated due to their circumstances.

And despite doctor’s letters advising to rehome them, seen by the Metro, authorities say they are not eligible for medical priority housing.

Almost 200 frustrated tenants have formed a support group and some have even hired solicitors in a bid to resolve the matter.

The group’s admin Ronny Scott, 27, who lived in mould for nine years told Metro: “We don’t have a voice. There’s no one to stand up for us.

“As we’re seen as council estate, the common concensus is we’re not worth anyone’s time.

“We don’t have anyone to advocate for us so we’re having to do all of this ourselves and risk being evicted.

“I think [the council] see us as scum – as nobodies who are a burden to society.

“That is the way they treat many of the tenants and they know that they can get away with it.” 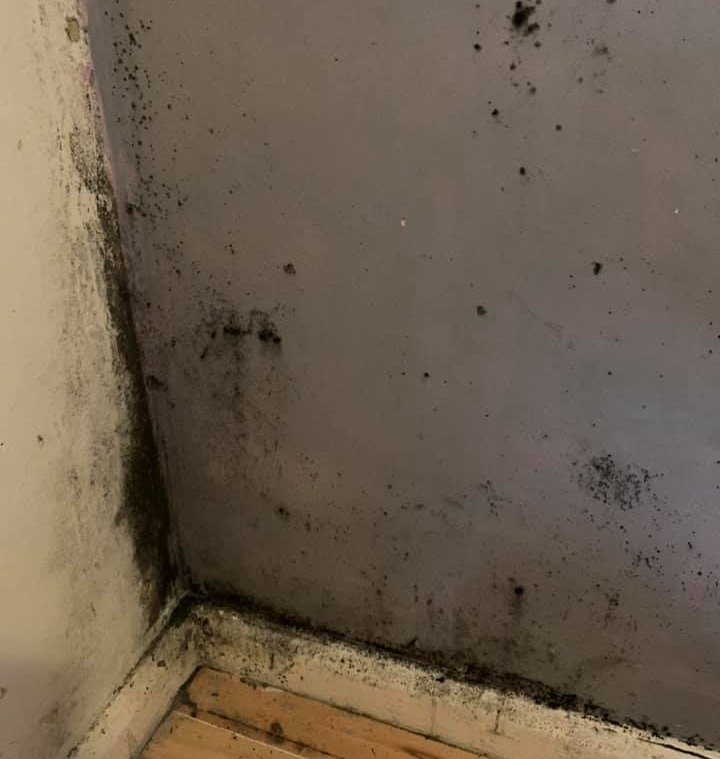 Tenants have been forced to live in mould-infested homes for yearsCredit: Mould & Damp In Thurrock Council Homes/Facebook 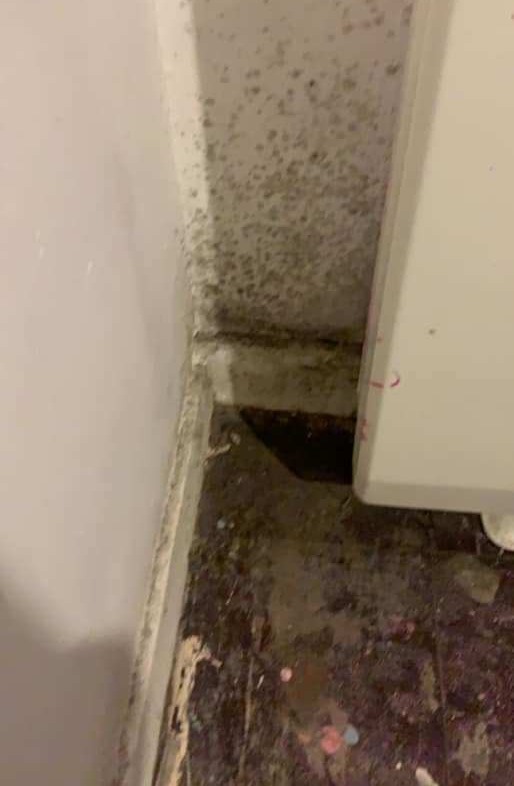 Some say they have developed health issuesCredit: Mould & Damp In Thurrock Council Homes/Facebook

The council often pays for mould washes to be carried out, but tenants say the problem remains, leaving them having to pay extra to replace their fungus-covered belongings.

Georgia Easter and Richard McKenna-Botton had requested the council to solve the mould issue before bringing home their premature baby daughter, who was born with serious breathing issues.

Back in February Mr McKenna informed the council, in an e-mail seen by Metro that his baby daughter Leah was in hospital with a lung infection, after spending two weeks at home.

Sadly Leah died two days later with a post-mortem showing she suffered rare and fatal lung disease alveolar capillary dysplasia (ACD), though it is unknown what caused the condition.

Ms Easter said: “It basically took my daughter to pass to finally get a surveyor and to do anything more than a mould wash.

“I should’ve just been able to grieve instead of pestering the council.”

Despite the attempts to fix the issue, the problem remains and the couple’s eldest daughter has been forced to sleep in the living room.

Ms Easter said she has provided letters to the council from her five-year-old daughter’s play therapist but says they have ignored them.

“It’s been awful. Especially when I kept finding all of my belongings completely covered in mould,’ she told Metro. 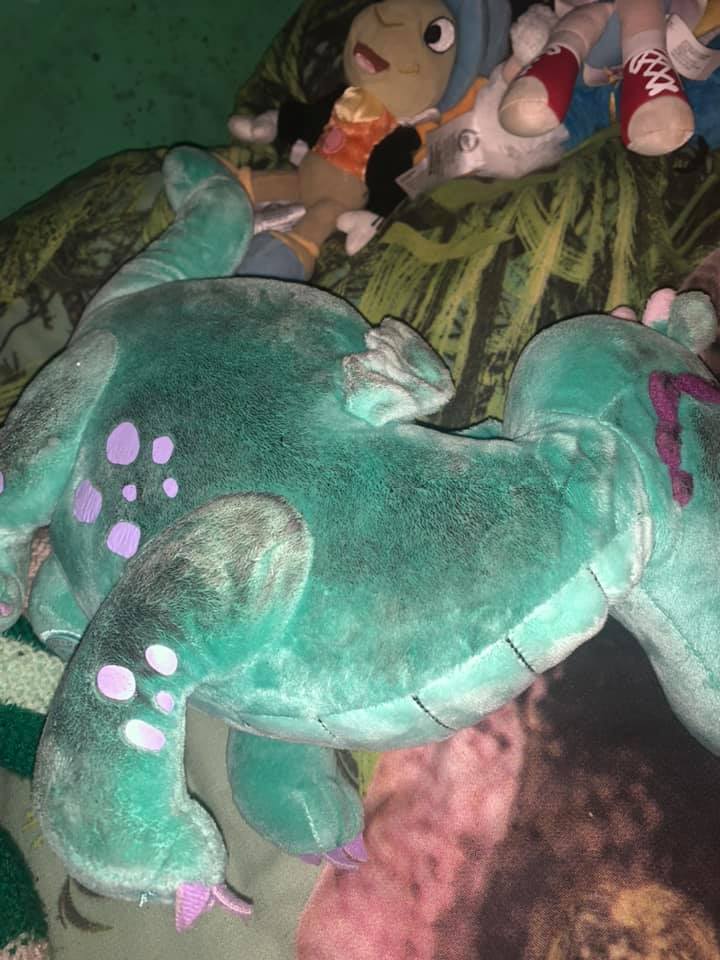 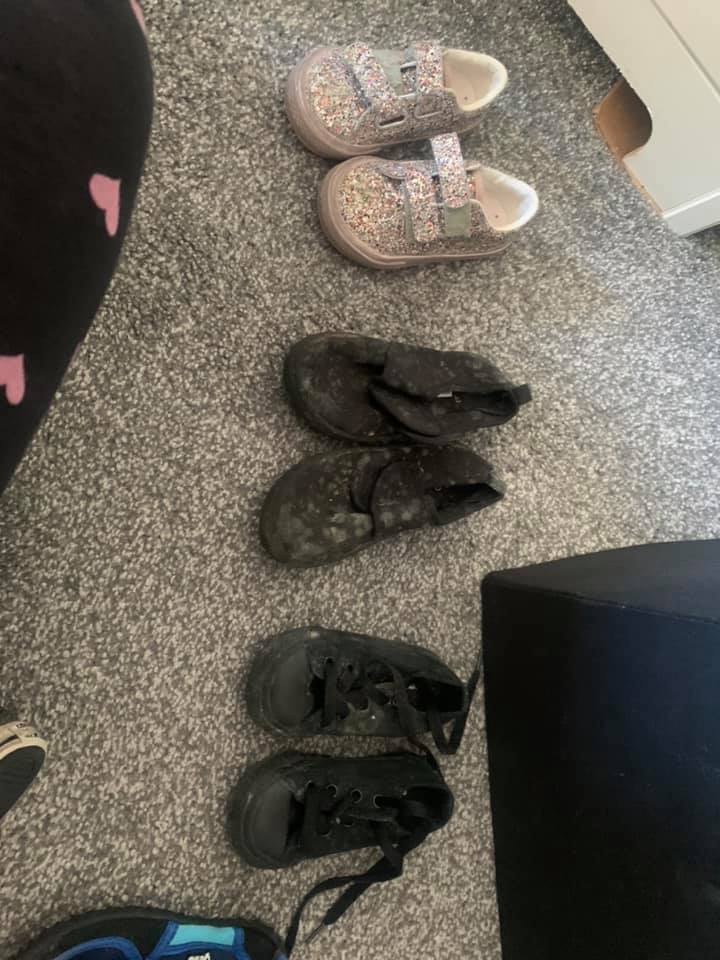 Parents are worried about their children’s healthCredit: Mould & Damp In Thurrock Council Homes/Facebook

A Thurrock Council spokesperson told Metro: “Thurrock Council takes its responsibilities as a landlord and housing provider extremely seriously and the wellbeing of all its tenants remains a continued high priority.

“The council reviews all reports of mould or dampness to a dwelling; depending on the severity of the issue one of two approaches will take place.

“For severe cases of dampness or mould growth within a property, a survey will take place.

“Thurrock Council only uses professional and fully qualified surveyors to carry out these surveys.

“Any required repairs identified by the surveyor will take place as routine repair within the 20 day target time.

“Minor mould growth caused by condensation and attributed to housekeeping will be addressed under a batch programme following a review by contracted delivery partners. 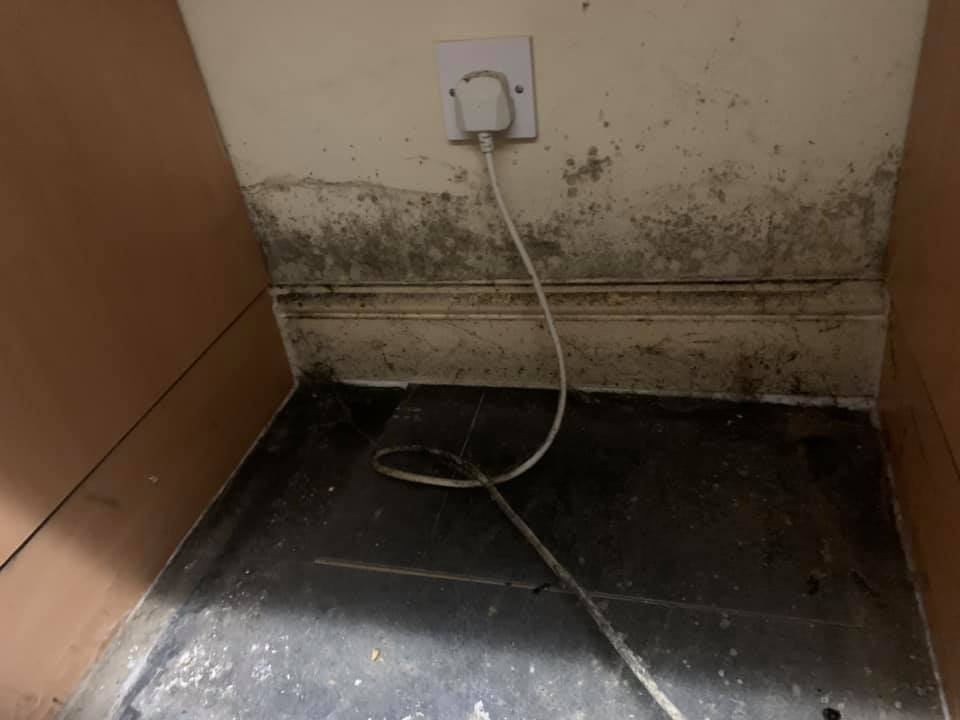 some even hired a solicitor to resolve their issues with the councilCredit: Mould & Damp In Thurrock Council Homes/Facebook 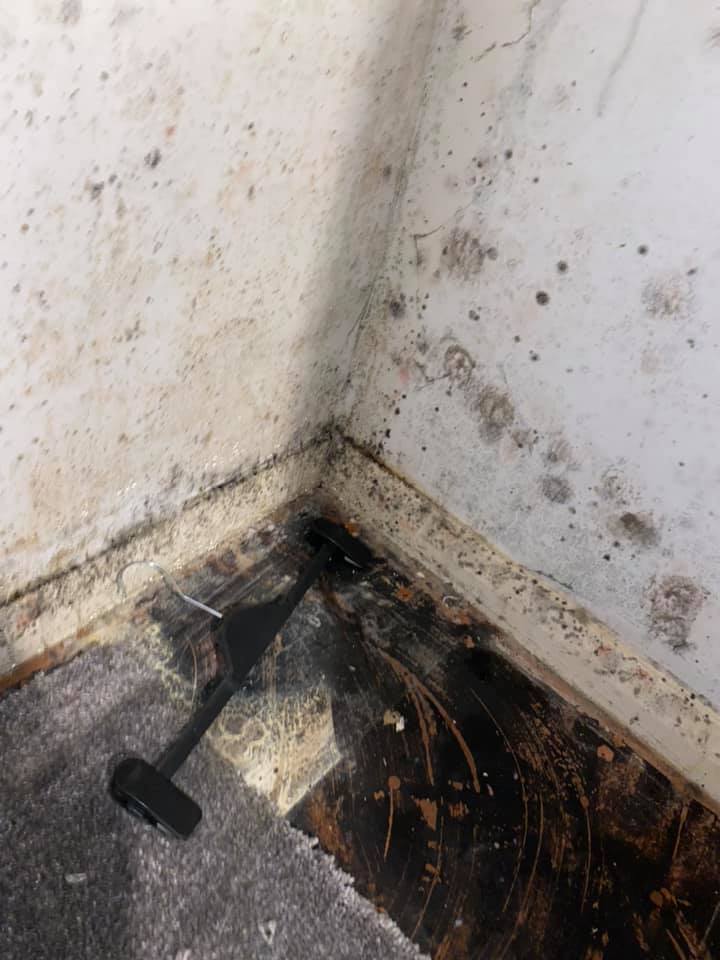 “More about this programme can be found here.

“Damp and mould repairs account for less than 5% of the more than 78,000 responsive repairs completed on Thurrock Council homes since April 2018.

“All complaints received by Thurrock Council are taken seriously, listened to sympathetically and investigated thoroughly. If issues are identified where the council could have done more to resolve a complaint then an apology will be made to the resident, further action taken ensure that unsatisfactory outcomes are put right and any additional work identified is carried out.

“Any suggestion that the council discriminates on socio-economic background or race are entirely untrue and any claim to the contrary is completely without foundation.”