YOU’VE got the sun cream, the swimwear, the packed lunch and a bag full of toys – but as soon as you’re out the door to enjoy a day of sun, you realise you’ve forgotten the mesh covering for your pram.

So what do you do? Either turn around or make do with draping a blanket over their buggy to try and keep them cool.

The temperature in Sophie Campbell’s buggy got up to a sweltering 50 degrees when covered with a blanketCredit: Sophie Campbell Childcare Provider/Facebook

Well now one expert has warned parents against the latter option – as sheltering them with a baby blanket can cause them to overheat in MINUTES.

Posting on her Facebook page, childcare expert Sophie Campbell conducted an experiment using a doll toy to highlight how quickly buggies heat up underneath even the lightest blankets.

She wrote: “I know this subject has been posted many a times, but still to this day, I see babies/ children in pushchairs on very sunny and hot days with blankets draped over them to block the sun and heat out…. PLEASE DO NOT DO THIS!!!

“Today I did an experiment with my [baby doll] in her pushchair, to be able to show what actually happens to the temperature.” 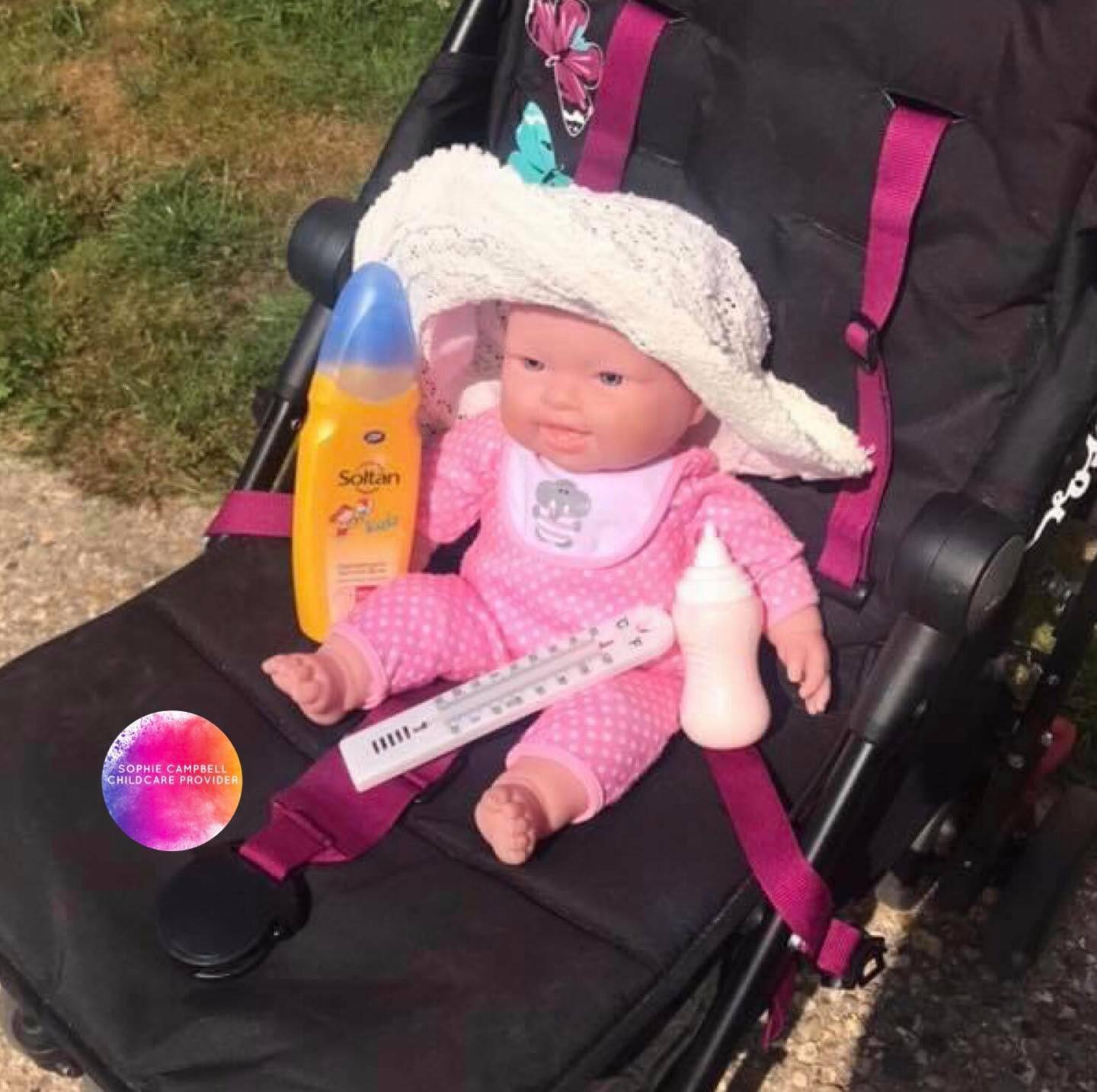 The mum conducted the experiment with a dollCredit: Sophie Campbell Childcare Provider/Facebook 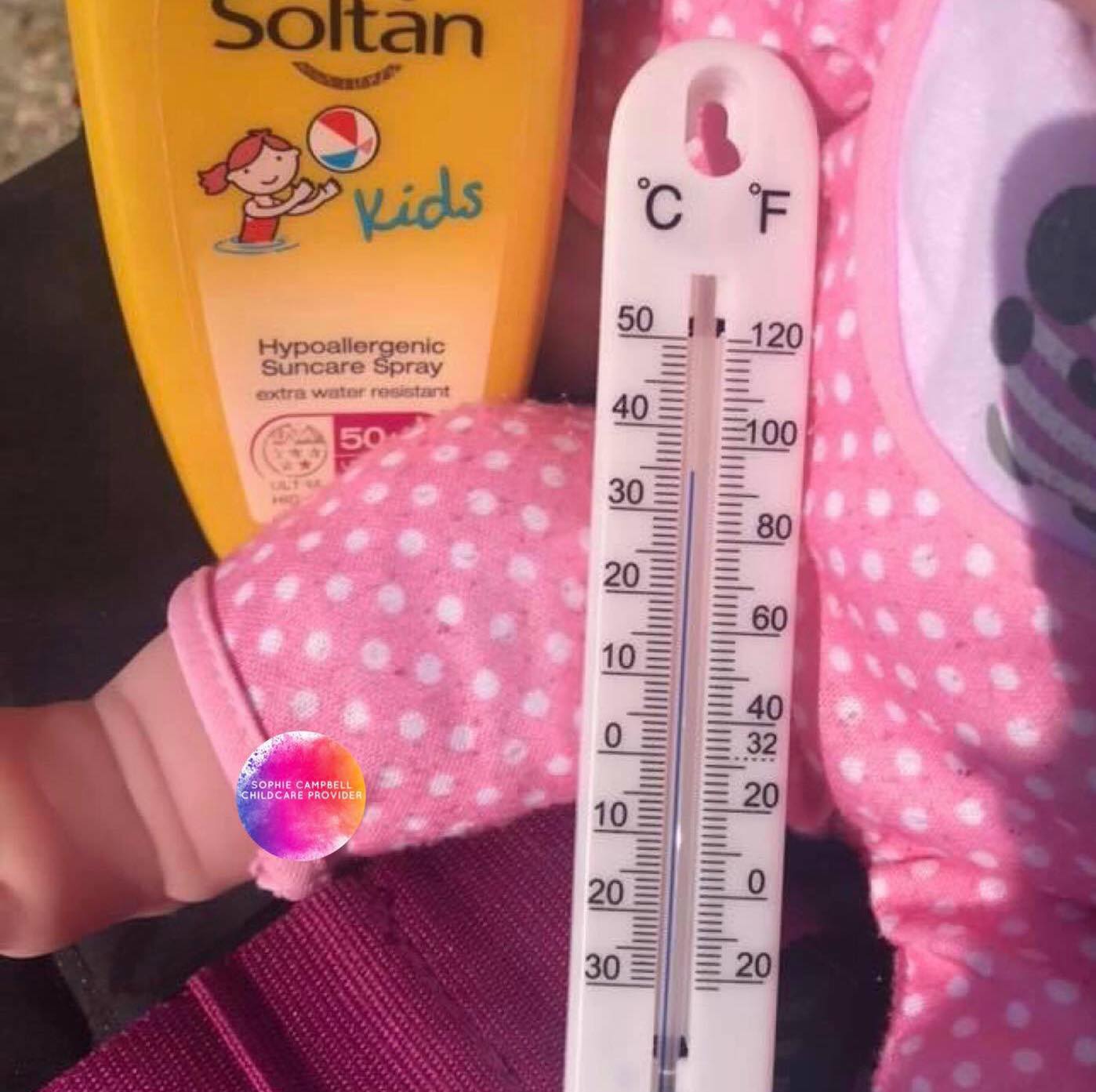 Without a cover, the temperature inside the buggy was 35 degreesCredit: Sophie Campbell Childcare Provider/Facebook

To begin with, Sophie popped a thermometer in the uncovered buggy – and it was already a sweltering 35 degrees.

For the purpose of the experiment, the professional nanny then covered the buggy in a blanket and checked the thermometer again 12 minutes later.

She continued: “The temperature had risen to 45 degrees!! Another 15 minutes later we were pushing onto nearly 50 degrees.

“All I can say is, thank goodness Dolly is a dolly. Please, please think before you do this to an actual child as the thought of the outcome is just unbearable. 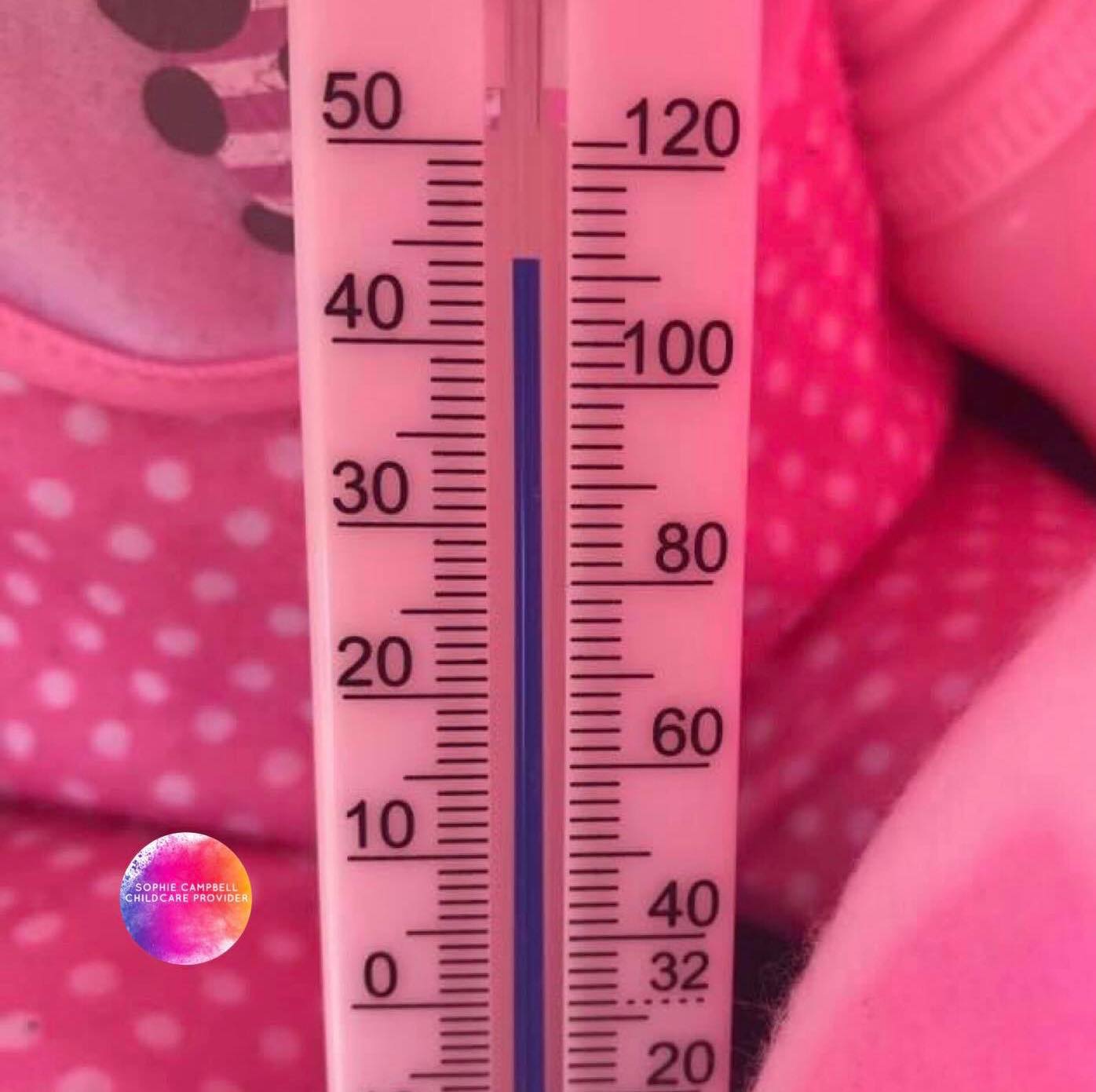 It was pushing 50 after half an hour in the sunCredit: Sophie Campbell Childcare Provider/Facebook

“Please share the life out of this post to reach people who may not know how severe doing this could be!”

Dr Rahul Chodhari, from the Royal College of Paediatrics, previously told Fabulous that parents should avoid going out during the hottest part of the day and to only cover prams with light, thin materials.

“The highest risk of overheating is between 11am and 3pm, which is when the sun is at its strongest.

“When NHS England has declared a heatwave warning, and there are three levels of this, a level-three warning is when we expect significant dehydration.

“That is the time I would say parents need to be careful and avoid going out between 11am and 3pm.”

For more viral stories, this mum issued a terrifying warning after daughter suffered third degree burns & hospitalised for days after playing by river.

Plus this mum issues grim warning after discovering RAT were living under back car seat & almost chewed through kids’ seat belts.