LET’S be clear. The biggest loser from last week’s volcanic Downing Street eruption is not Dominic Cummings, the Brexit warrior with an iron fist in a steel knuckle duster.

Nor is it Lee Cain, the previously unknown yet notoriously useless head of No10’s rackety communications unit. 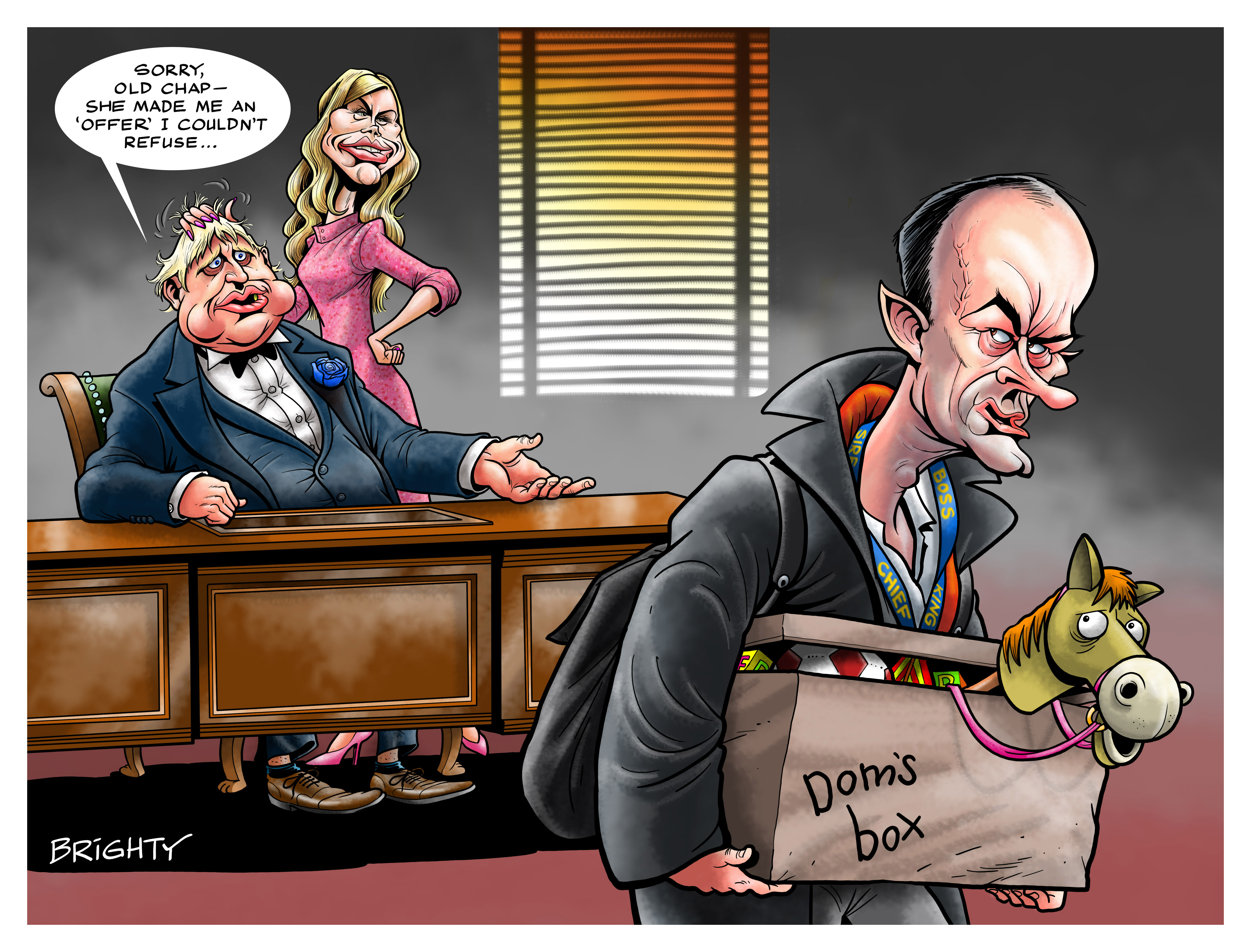 The real casualty is Boris Johnson, and I’m not referring to last night’s shock confinement in Covid isolation.

The PM is paying the price for being a “nice bloke” — or according to his enemies, a weak and indecisive leader, wrapped around girlfriend Carrie Symonds’ little finger.

Less than a year after he zip-wired to victory with Get Brexit Done, Remainers are plotting to kick him out, prematurely celebrating the end of the most popular Tory PM since Margaret Thatcher.

For the BBC, ecstatic over the demise of arch-villains Trump and Cummings, Christmas has come early.

Netflix could not make it up. Although they certainly will.

This is the earthquake Remainers hoped for when Boris invited Cummings to join him in Government as his consigliere.

They were the Power and the Glory. It took Boris until last week to realise which was which.

That moment came when Cummings threatened to quit and take key officials with him unless puppet Lee Cain was picked to run the Downing Street machine. Cummings, who left the stage in a dazzle of flashing cameras, believes revenge is best served cold. Not too cold, though. 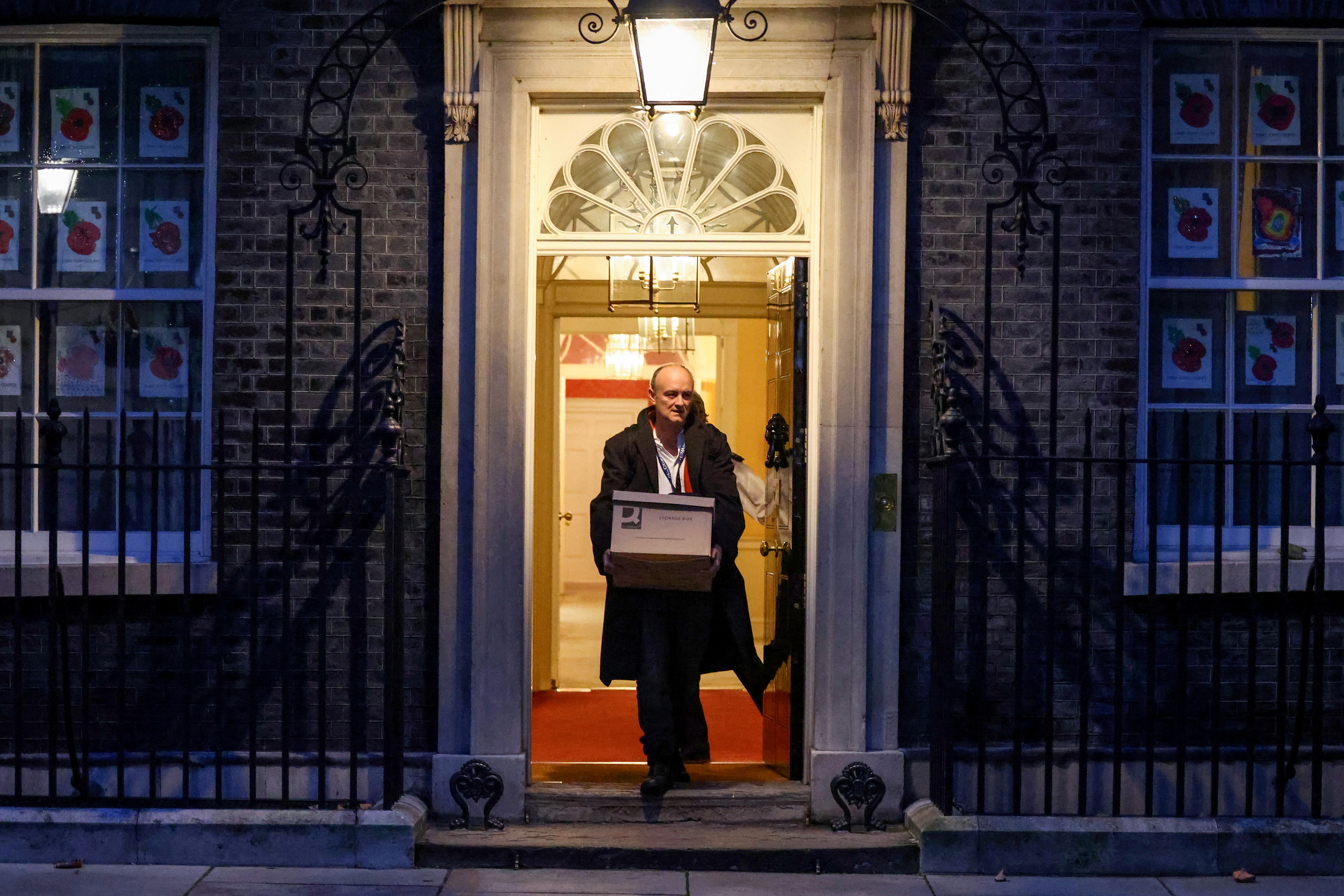 Dominic Cummings left Downing Street with his things in a boxCredit: Reuters 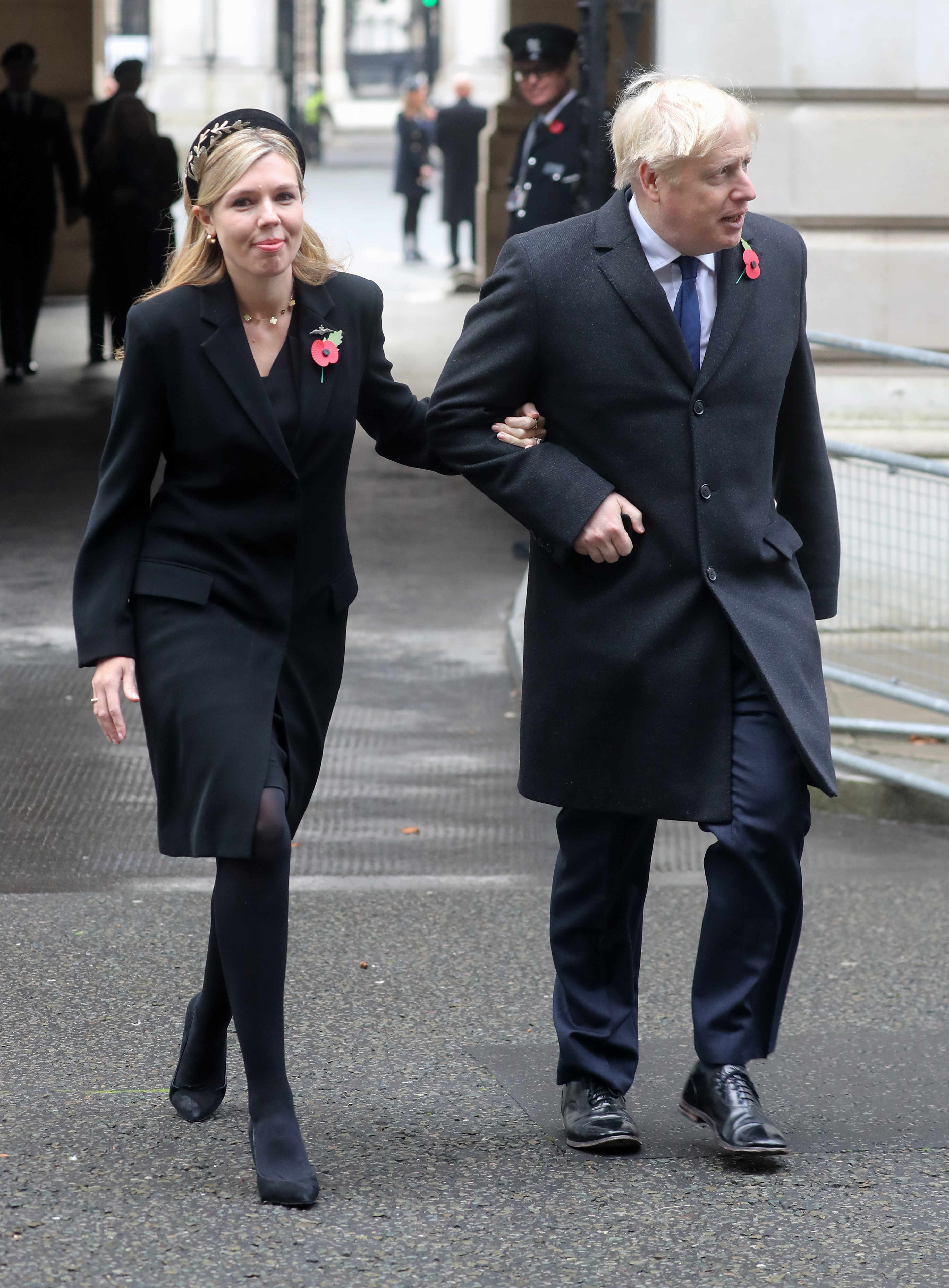 Carrie Symonds has emerged victorious in the power struggle behind the No10 doorCredit: Getty Images – Getty

Boris must act fast to restore his authority with ruthless and clear-sighted leadership before he is clobbered again.

He needs more than just a limp “reset”.

This has to be his agenda for survival:

Of the three, Getting Brexit Done is key. It is also Boris’s strongest suit. Fears he is a half-hearted Brexiteer are misplaced.

The PM, with all the zeal of a convert, will walk if Brussels won’t budge. Brexit is Boris — and Boris is Brexit. Loss of nerve at this crucial moment would damn him for ever as an abject failure.

Without absolute control over our territorial waters and sovereign laws, the Tories are doomed.

Red Wall rebels who turned Blue last December will desert if Brexit flops. Nigel Farage is already standing by to mop up their votes.

But any Prime Minister worth the name should be capable of handling more than one crisis at a time.

A snap reshuffle is crucial — the sooner the better. 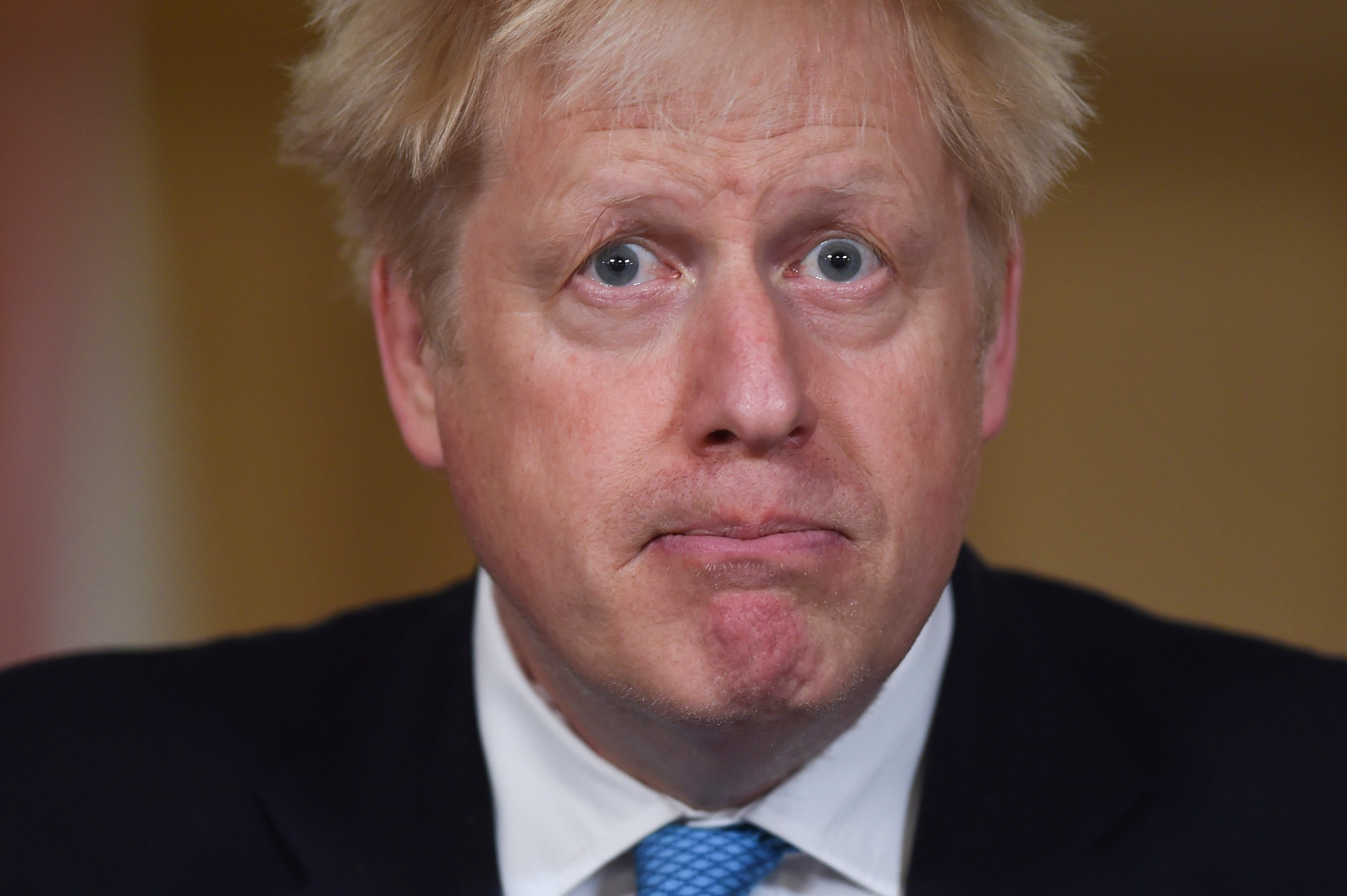 Boris needs to get a grip and reassert his authority Credit: AFP or licensors

Reforms should be stepped up in the plodding civil service “Blob”, exposed by Covid as completely unfit for purpose. Without reform, Britain will not flourish as a free-trading nation.

GPs must go back to their surgeries and hospitals start caring again for cancer, heart and kidney patients.

Chancellor Rishi Sunak needs to stop untold billions being squandered on pointless Track and Trace and regain control over the nation’s finances.

Despite all the Covid gloom, there is some good news for Boris to contemplate. The vaccine breakthrough has already begun unleashing a global spending spree which will inevitably lead to economic growth next spring.

Lockdown has put money that they couldn’t spend in consumers’ pockets, while working from home has saved on fares.

Big-ticket spending on cars and electronics is already growing. Governments world- wide are printing money to save or create jobs.

Company balance sheets are bulging for the first time since the 2008 meltdown. Raw animal spirits are on the prowl again. Christmas dollars will be spent by the trillion.

This is Boris’s trump card in Brexit talks.

World trade is set to boom. This will favour a free-wheeling economy like post-Brexit Britain.

Boris needs to grab these opportunities and challenges, revive his “Bring Me Sunshine” buoyancy and give UK plc a supercharged dose of his famously patented “Boosterism”.

THANKS to lockdown, nursery kids are back in nappies. Primary school children have forgotten how to spell. Toddlers need to relearn how to make friends.

The long-term cost is incalculable. So why are people so keen on tougher measures?

A Savanta/ComRes poll suggests the Government has scared people with an exaggerated fear of dying. People do not realise the toll from untreated cancer is far higher than Covid.

Ministers need to stop preaching gloom and doom and start putting this illness into perspective.

Are Silicone Injections Safe?: The Cold Hard Facts You Need to Know