BELARUSIAN leader Alexander Lukashenko wants to arm all families to be ready for war with the West.

Lukashenko – known as Europe’s last dictator and a pal of Vladimir Putin – today demanded enough guns be produced to allow his people to defend themselves should conflict escalate. 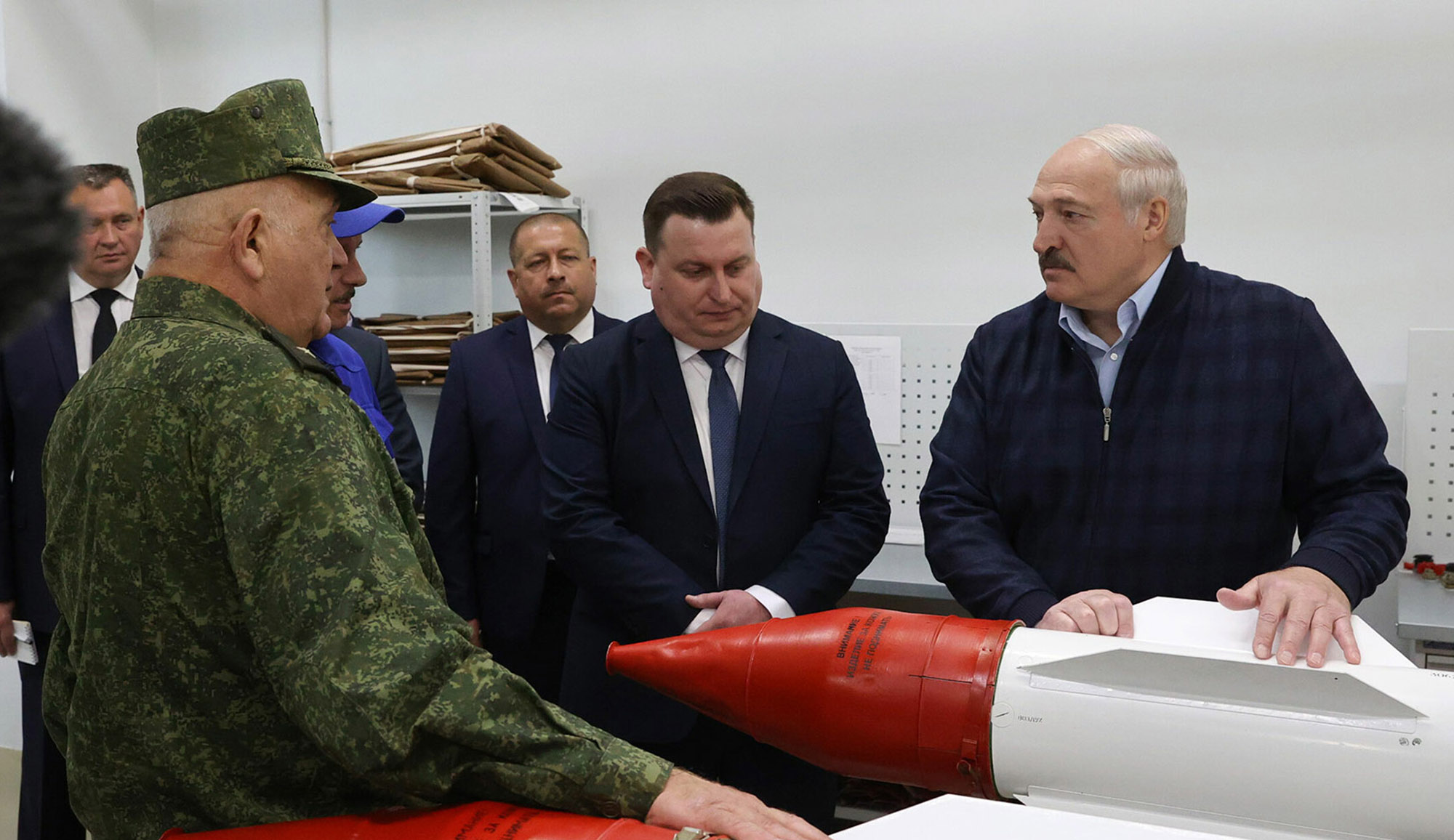 Lukashenko today revealed he aims to arm families with guns to be ready for warCredit: Belarus president website

Touring a weapons-making cluster in Vitebsk region, he said: “If, God forbid, some conflict or war breaks out, every family (and) territorial bodies should be armed with the whole range of small arms.

“Then the enemy, the adversary will understand that it is better to steer clear of us.”

He insisted he would not start any conflict, saying: “We are not going to war with anyone.”

But he added: “We must be able to inflict unacceptable damage on an enemy and defend ourselves and our families.”

Lukashenko last month forced down a Ryanair tourist plane to detain a critic, 26, and his girlfriend, 23, provoking outcry in the West.

He now believes “a war can ignite at any moment”.

In a video, he harangued a senior military figure: “Who guarantees we will not fight? Neither you nor me – no-one can guarantee.

“The world has gone completely mad. A war can ignite at any moment of time, anywhere – God Forbid (it happens) here.” 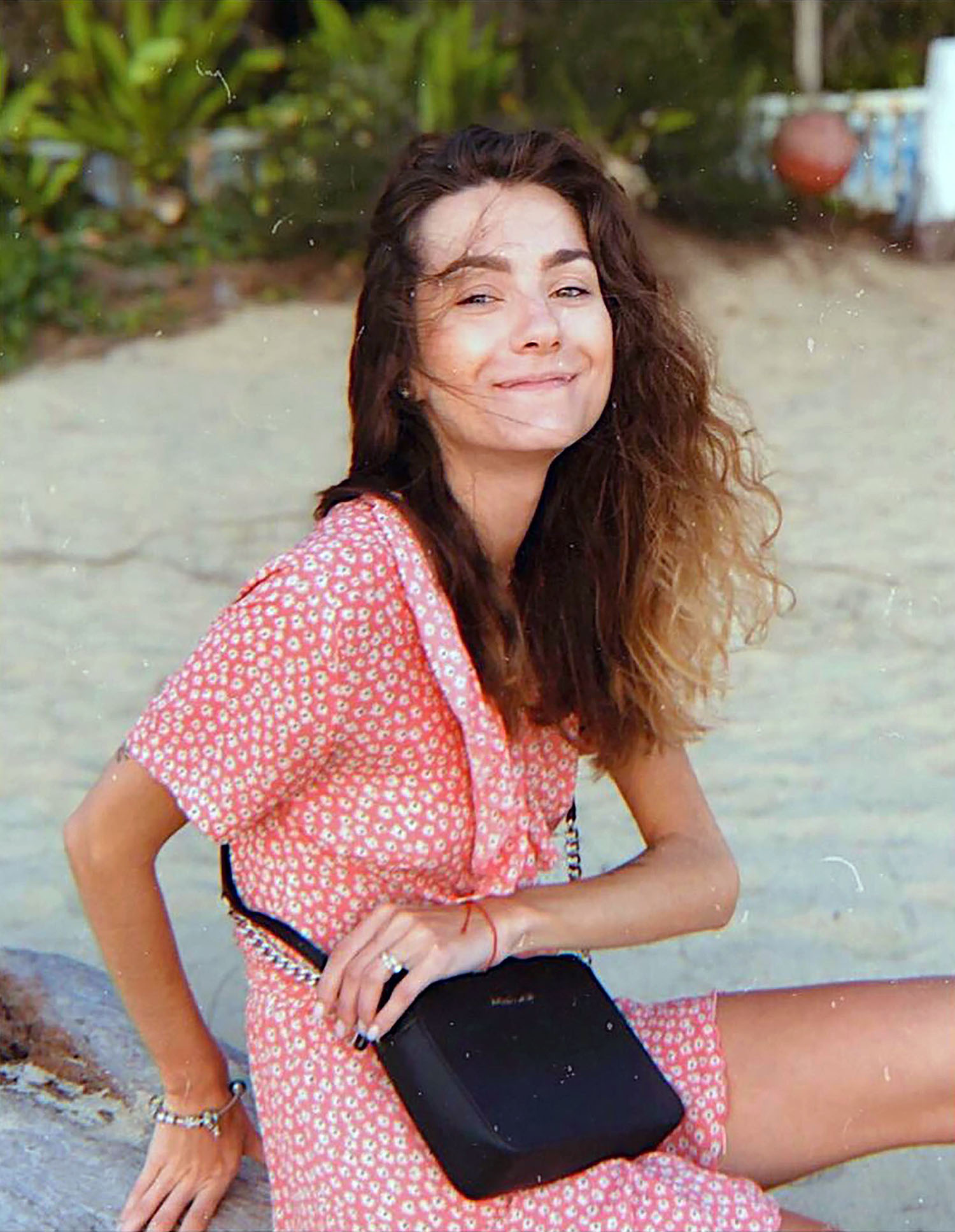 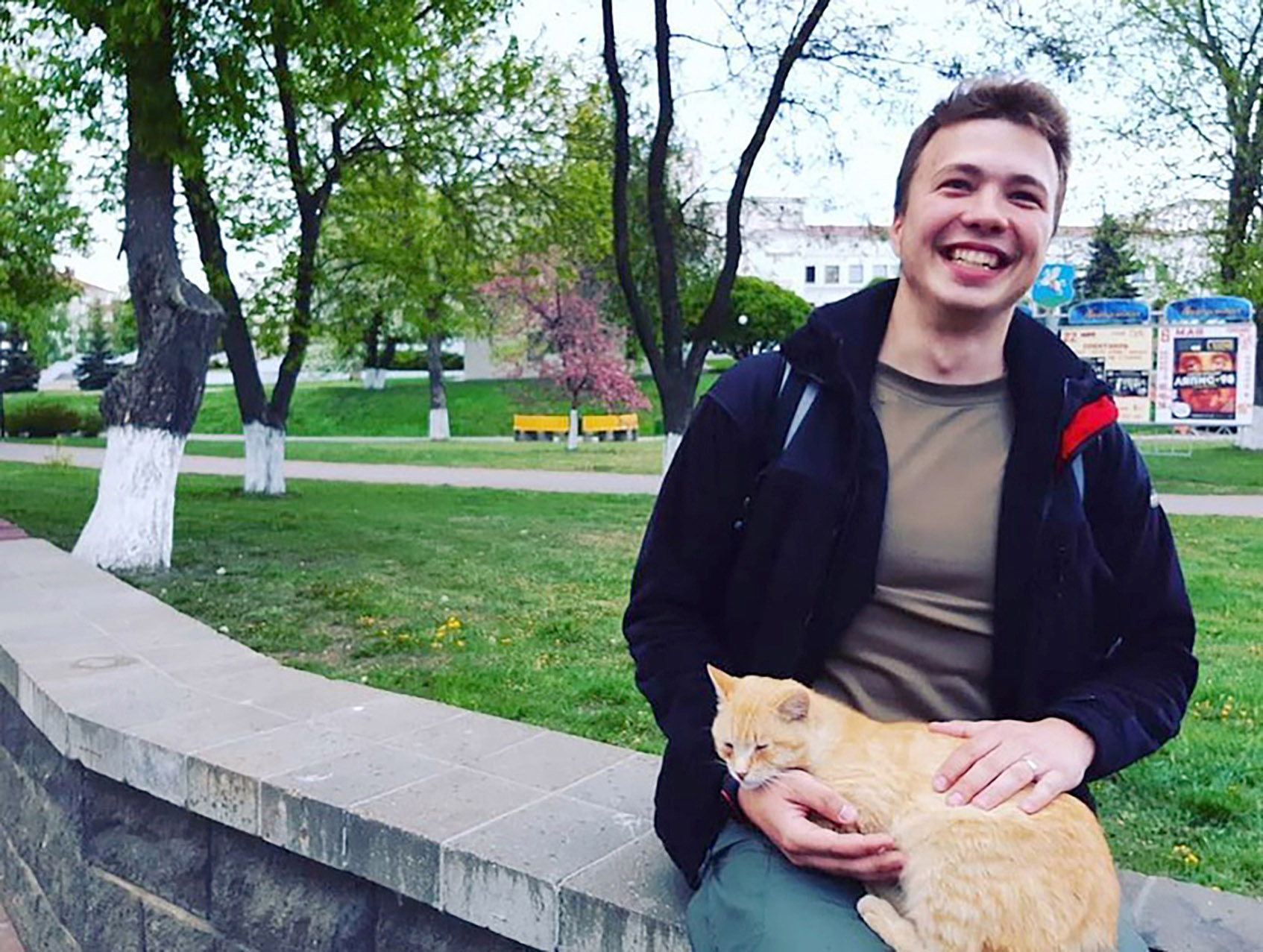 He called for a territorial army which “must be armed” and declared: “We will buy thousands and thousands of automatic guns.”

His landlocked country lies between Russia and three NATO countries – Poland, Lithuania and Latvia – while also sharing a border with Ukraine.

Lukashenko did not say who might invade his ex-Soviet republic, but appeared concerned that Putin – who bankrolls his basket case economy – might not save him.

“We have to produce the minimum necessary amount of weapons at home because anything can happen,” he said.

“And we should not pin our hopes on some foreign uncle to supply us with weapons. We should have our own.”

Lukashenko today saw examples of Belarus-made assault rifles and pistols along with rockets.

The autocrat is accused by opposition forces of rigging the 2020 presidential election to continue his iron-fisted rule which began 27 years ago.

His regime has been brutally silencing critics with heavy handed police tactics on the streets and reports of hideous torture in detention centres. 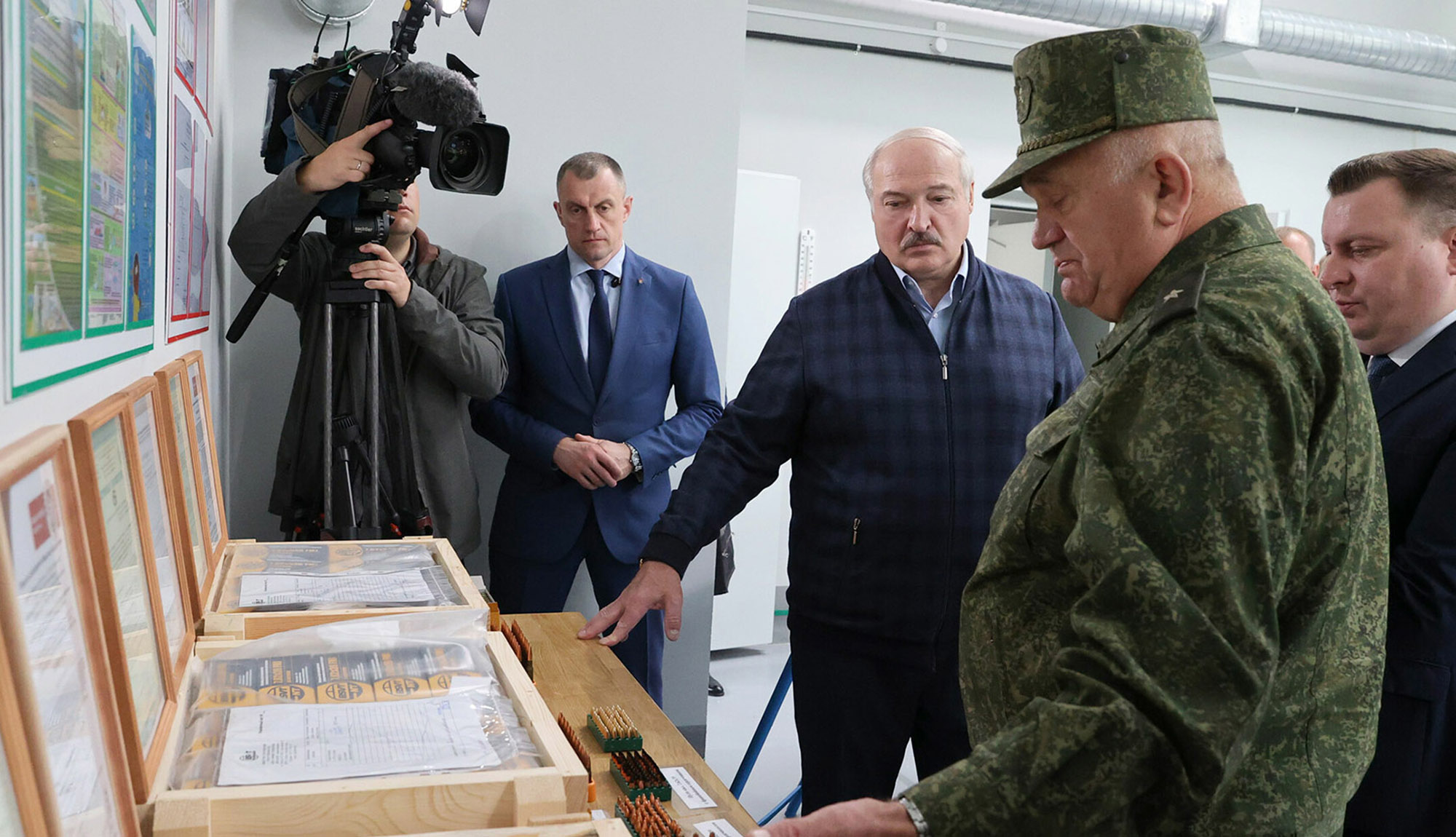 The leader last month forced down a Ryanair plane to detain a critic and his girlfriendCredit: Belarus president website 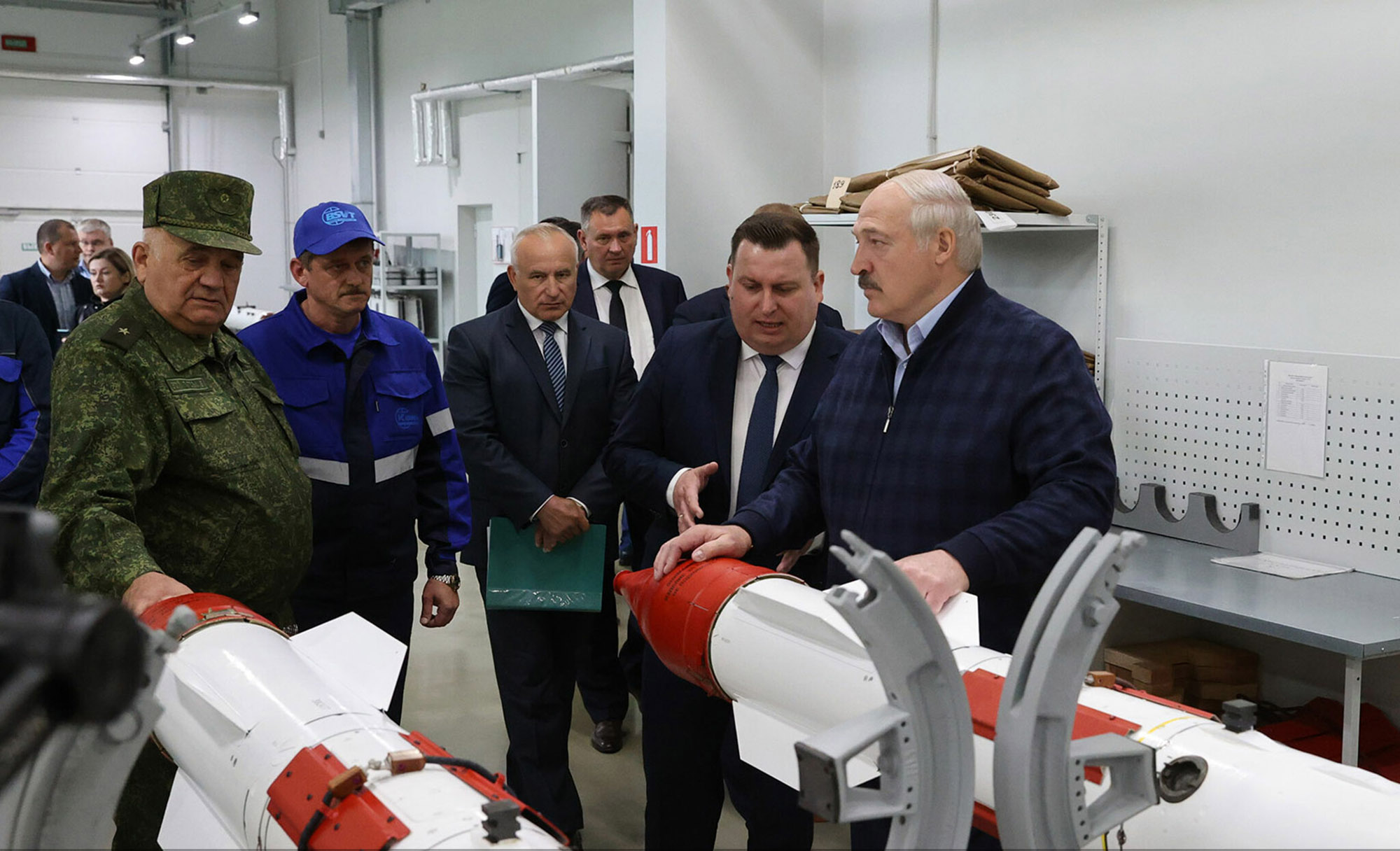 Lukashenko has been accused of turning Belarus into ‘the North Korea of Europe’Credit: Belarus president website

Last month he threatened to flood Europe with migrants, weakening border controls that were aiming to catch people and drug smugglers.

He was accused by exiled opposition leader Svetlana Tikhanovskaya of turning the country into a new “North Korea”.

She said: “With the Ryanair flight incident, Lukashenko has crossed the line and become a threat to international peace and security.

“Lukashenko is turning my country into the North Korea of Europe: non-transparent, unpredictable and dangerous.”

Today an appeal against detention by Russian law student Sofia Sapega, who was detained along with her journalist and Lukashenko opposer boyfriend, Roman Protasevich, was rejected.

The pair were held after their flight crossing Belarus airspace was hijacked by a Lukashenko warplane on the pretext of a bomb threat, which turned out to be fake.

Sapega is accused by the authorities of publishing the private information of Belarusian security service officers.

The pair are detained in a high security KGB secret police detention jail in Minsk.

Relatives of the couple, along with opposition activists, have expressed fears they are being tortured.