THE European Super League has released a defiant statement vowing to continue with its crumbling project. 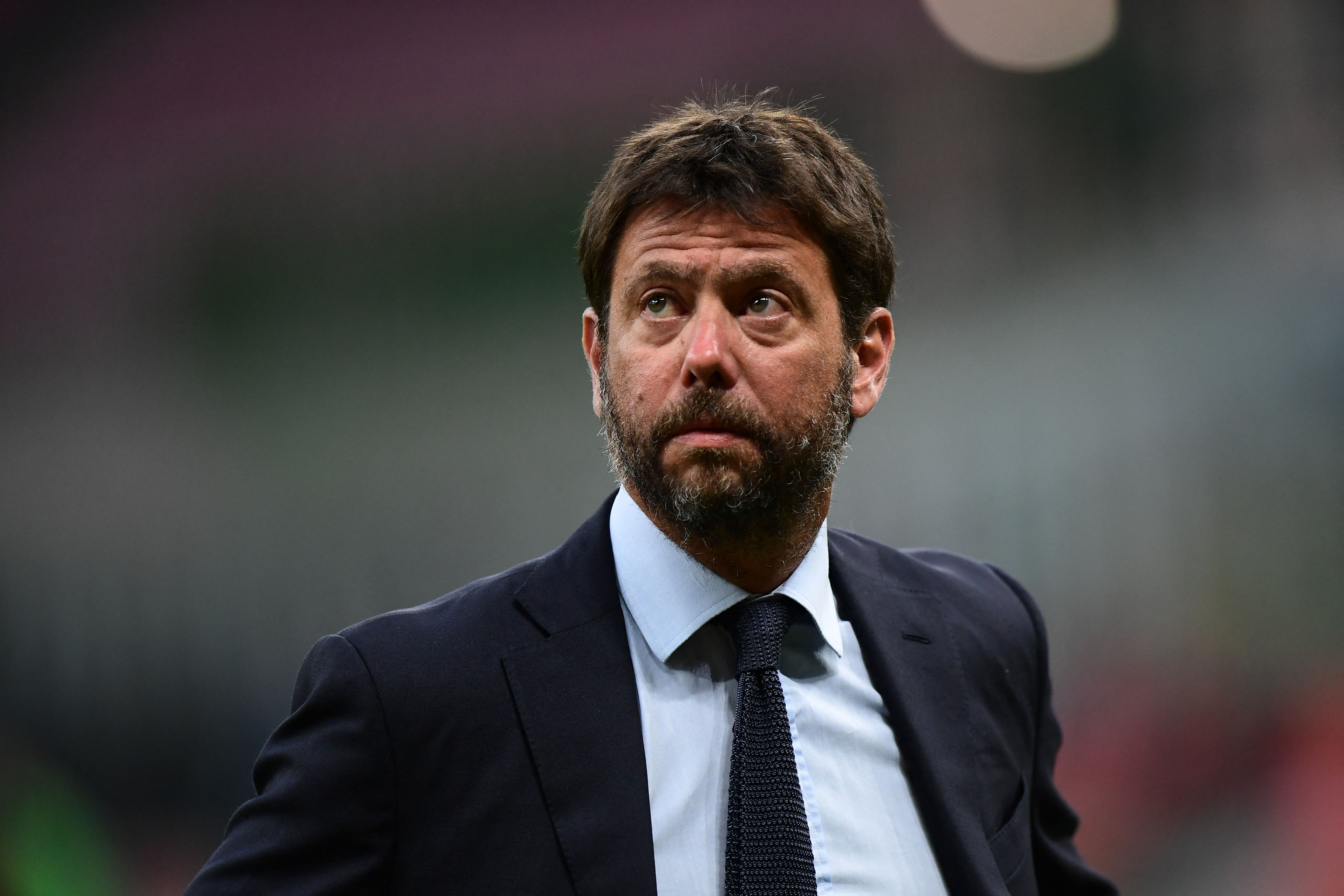 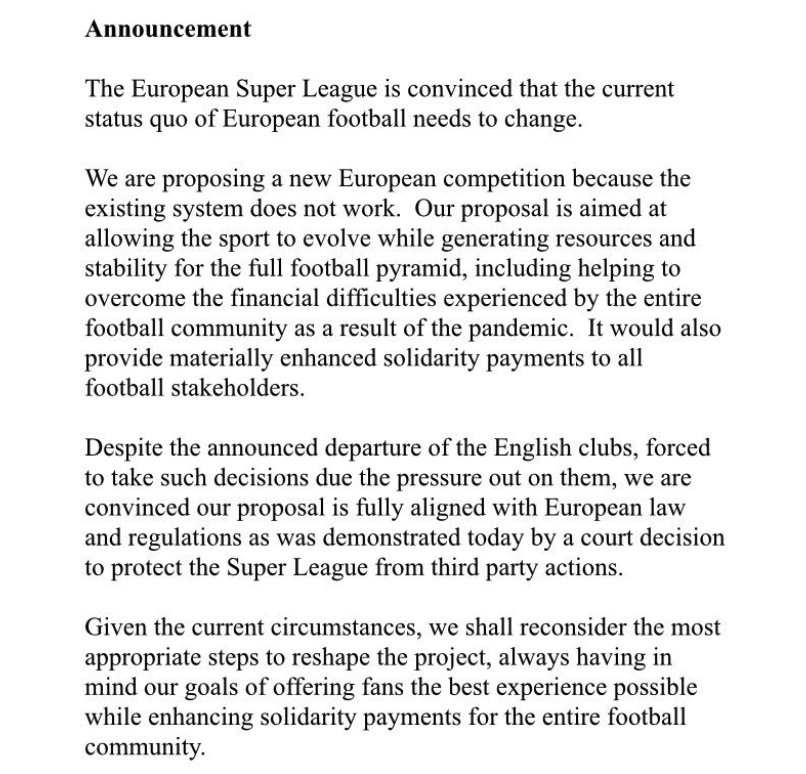 Agnelli told La Repubblica: “There is a blood pact binding our clubs together.

“The Super League project has a 100 per cent likelihood of success.

“We are moving forward.”

And a statement from the European Super League echoed the Juventus chairman’s sentiment.

It read: “The European Super League is convinced the current status quo of European football needs to change.

“We are proposing a new European competition because the existing system does not work.

“Our proposal is aimed at allowing the sport to evolve while generating resources and stability for the full football pyramid.

“[This includes] helping to overcome the financial difficulties experienced by the entire football community as a result of the pandemic.

“It would also provide materially enhanced solidarity payments to all football stakeholders.”

Released after the Premier League clubs’ withdrawal, the statement continued by slamming fan pressure and admitting the European Super League would now need to be ‘reshaped’.

It read: “Despite the announced departure of the English clubs, forced to take such decisions due to pressure put on them, we are convinced our proposal is fully aligned with European law and regulations.

“[That] was demonstrated by a court decision to protect the Super League from third-party actions.

“Given the current circumstances, we shall reconsider the most appropriate steps to reshape the project, always having in mind our goals of offering fans the best experience possible while enhancing solidarity payments for the entire football community.”

Inter and AC Milan are also set to leave the #SuperLeague.

“Inter have just announced: ‘We’re no longer interested in this project’.

Romano even suggested the whole competition could collapse, despite their defiant stance.

He added: “The whole #SuperLeague is expected to be SUSPENDED in the next hours.”