HERE is a ray of light to cheer the nation – The Sun’s great Sunbeams contest is back. 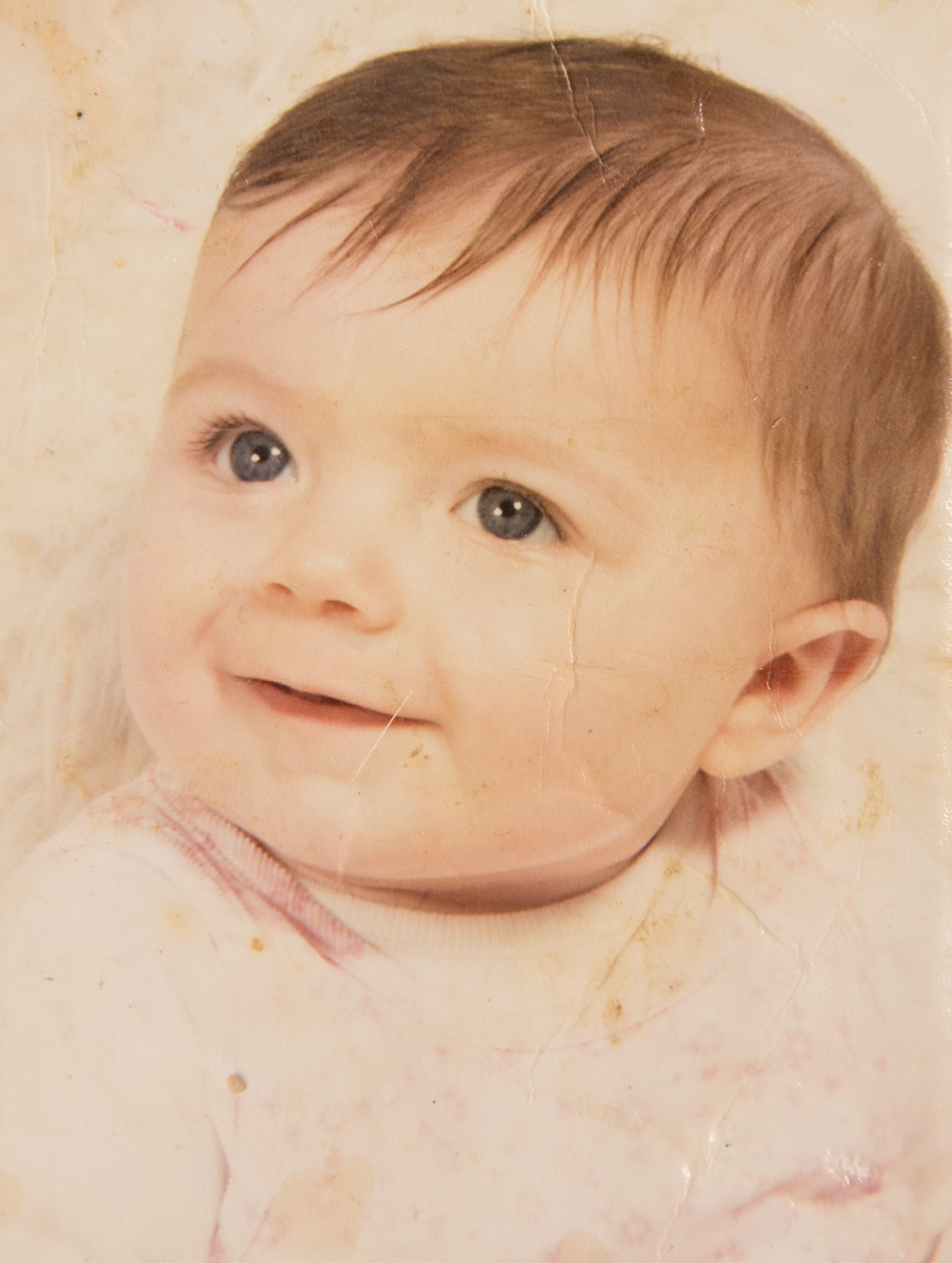 The Sun’s Sunbeams contest is back 17 years after it first startedCredit: Huw Evans Picture Agency 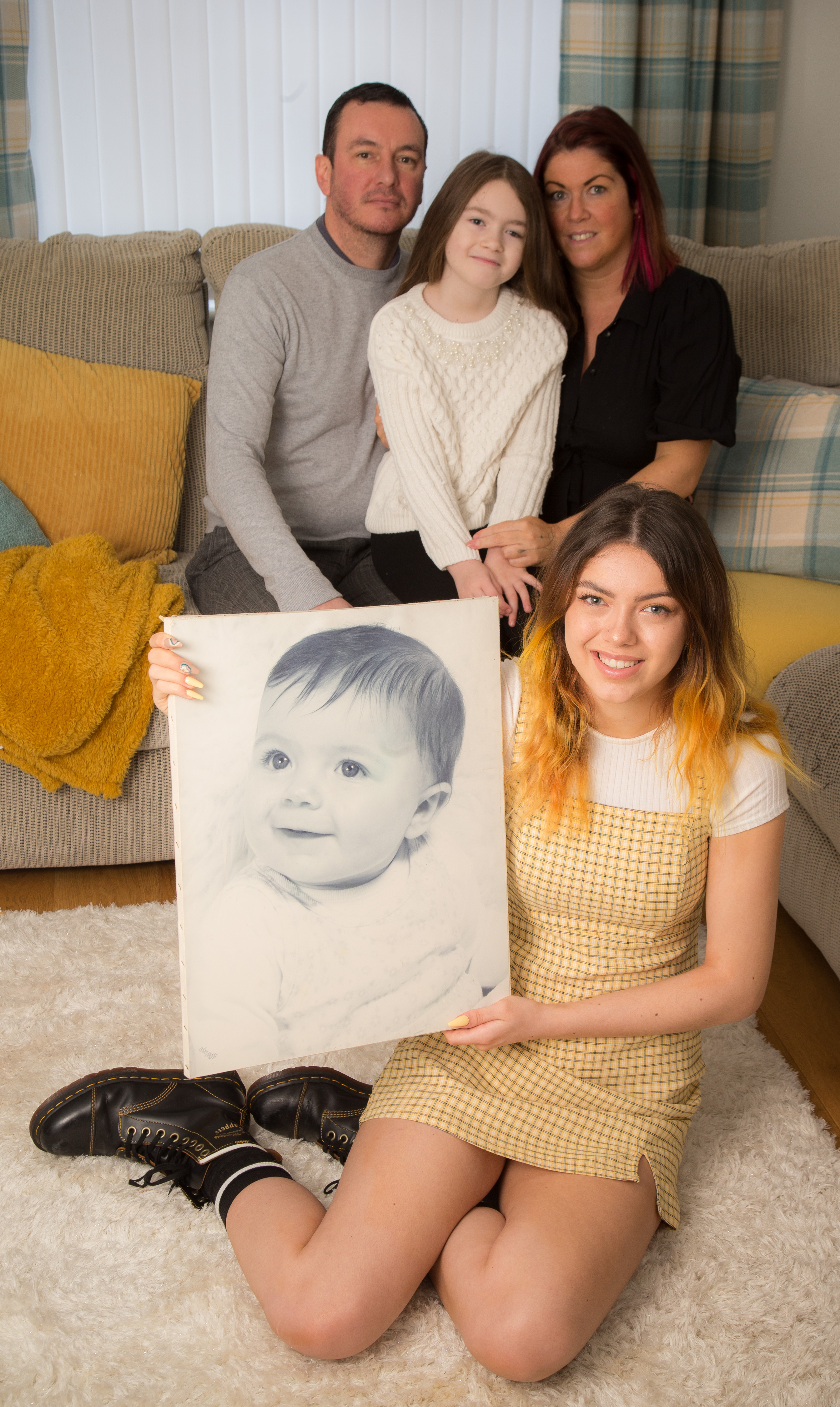 We revisited our first ever-winner Isabel Broom, now 17, who is proof that our champs go on to do wonderful thingsCredit: Huw Evans Picture Agency

Meanwhile, the contest’s first-ever winner, Ysabel Broom, now 17, is proof that our champs go on to wonderful things.

And she says she was inspired to chase her dream by what followed her Sunbeams win.

The Sun’s royal photographer, Arthur Edwards, photographed her at home soon after her win.

Then we also visited her in 2013, when she was nine, and her shoot was so much fun she decided to try modelling and later hairdressing.

Ysabel, from Llanharan, near Cardiff, says: “I don’t remember the competition but I do remember when I was visited again. 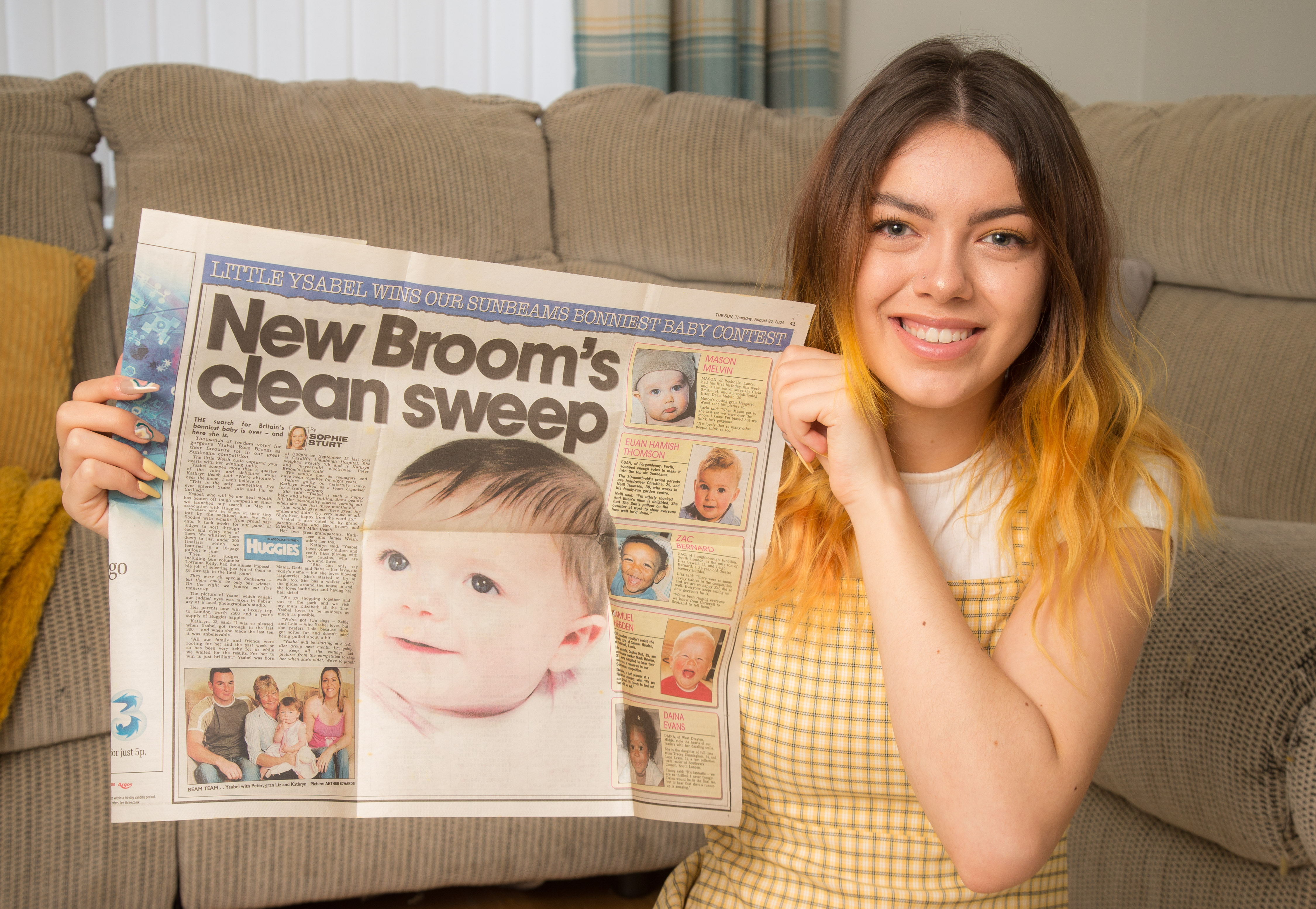 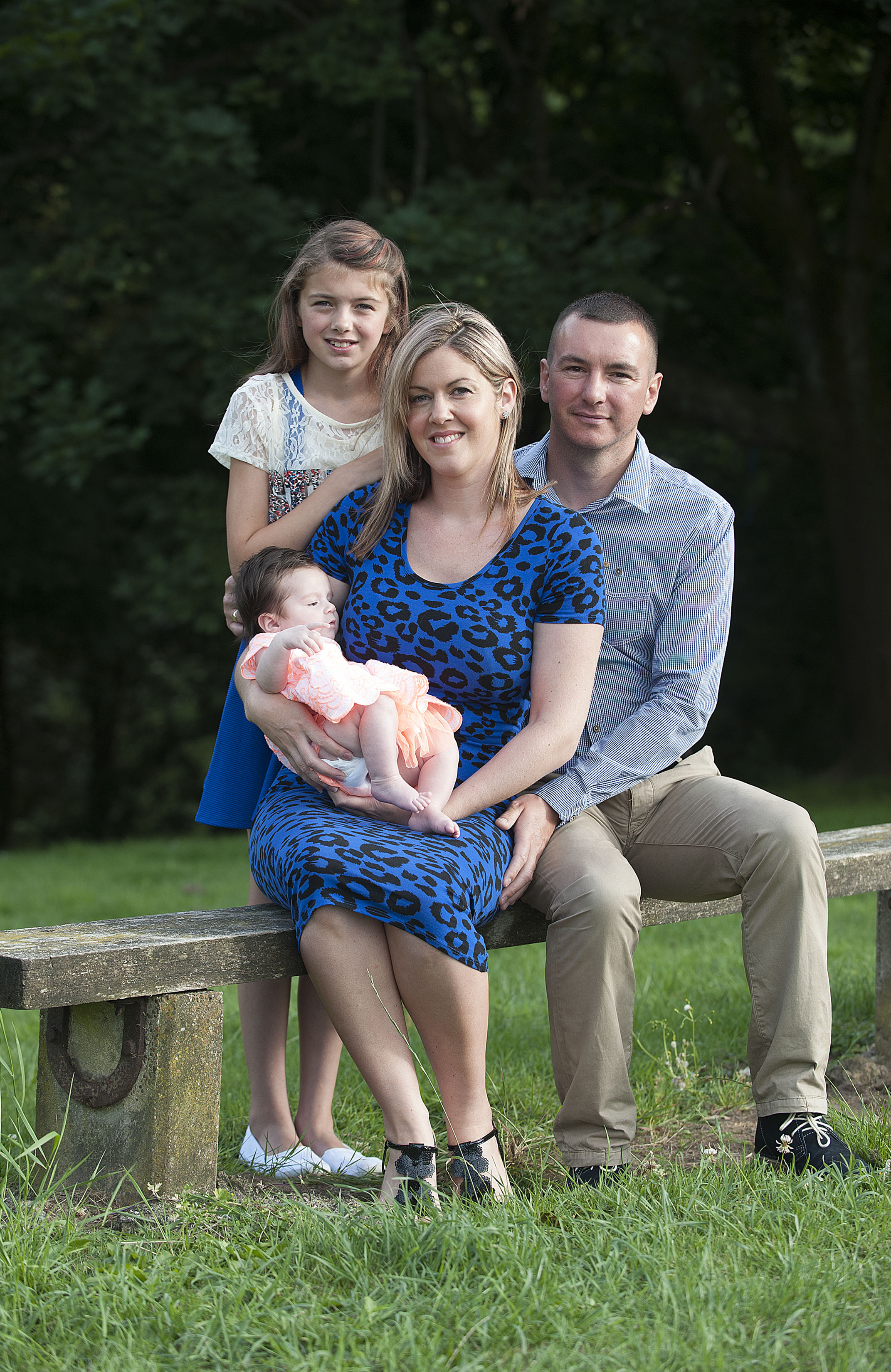 She can still remember her first visit from The Sun back in 2013Credit: Huw Evans Agency

VISIT thesun.co.uk/sunbeams, fill out the online form and upload a photo of your baby.

Your bundle of joy must be aged two or under on April 12, the last day for entries, and a UK resident.

Our judges will choose 48 finalists, and parents or guardians of the babies selected will be notified by email before April 18, when a series of online votes begin.

The photo you enter must either have been taken yourself or by someone from whom you have permission to upload and enter it. You must not edit or alter the image.

Entries must only be submitted by a legal parent or guardian of the baby.

“That was amazing to me, at such a young age, to have that experience and have my little sister Ylizah involved. I had my hair and make-up done, which was a nice experience.

“I was interested in having my photos taken and started modelling afterwards.

‘ARTHUR EDWARDS CAME TO OUR HOUSE FOR A PHOTOSHOOT’

Mum Kate, 39, is now loving having a hair-dresser at home in lockdown.

She says: “Ysabel has just done my hair. She’s so creative with the colours she can do, it’s amazing. God knows what colour hair we’ll have in future.”

Kate, and Ysabel’s dad Peter Broom, 42, entered her into our Sunbeams contest all those years ago after her great-nan, Katheleen Welsh, read about it in the paper.

The 11-month-old wowed the judges and, after her win, was up in lights for the prize shoot with our Arthur. 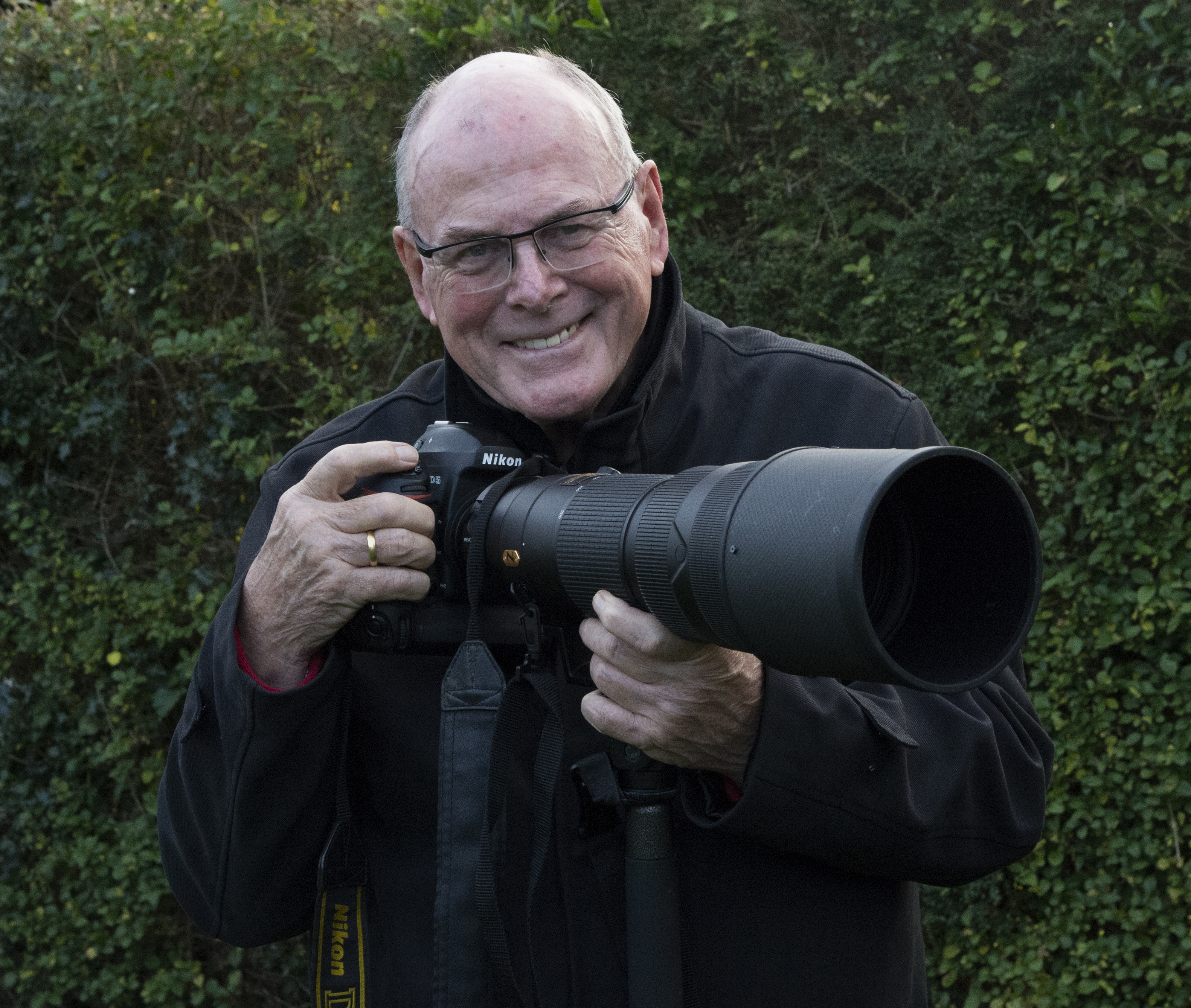 Ysabel recalls: “My great-nan used to love The Sun before she passed away. She was really happy.”

Mum Kate adds: “Arthur Edwards came to our house and did the photoshoot. That was it — the Queen’s photographer was taking a photo of my nan’s great-granddaughter. My nan was the one behind it all.”

As a schoolgirl, Ysabel was so proud of her Sunbeams fame that she proudly showed off her pictures.

She says: “Whenever I had a new teacher I’d be like, ‘Look what I won, look at this. Everyone knew, up until high school.”

But she is yet to break cover with her colleagues at the salon. She says: “I haven’t told them yet — but I’m sure I will at some point.”

See the panel on the right for details of how to enter Sunbeams. And to inspire you, we’ve also rounded up some cute celebrity babies.

Our Arthur gives his verdict on them — as well as tips for capturing the perfect picture. 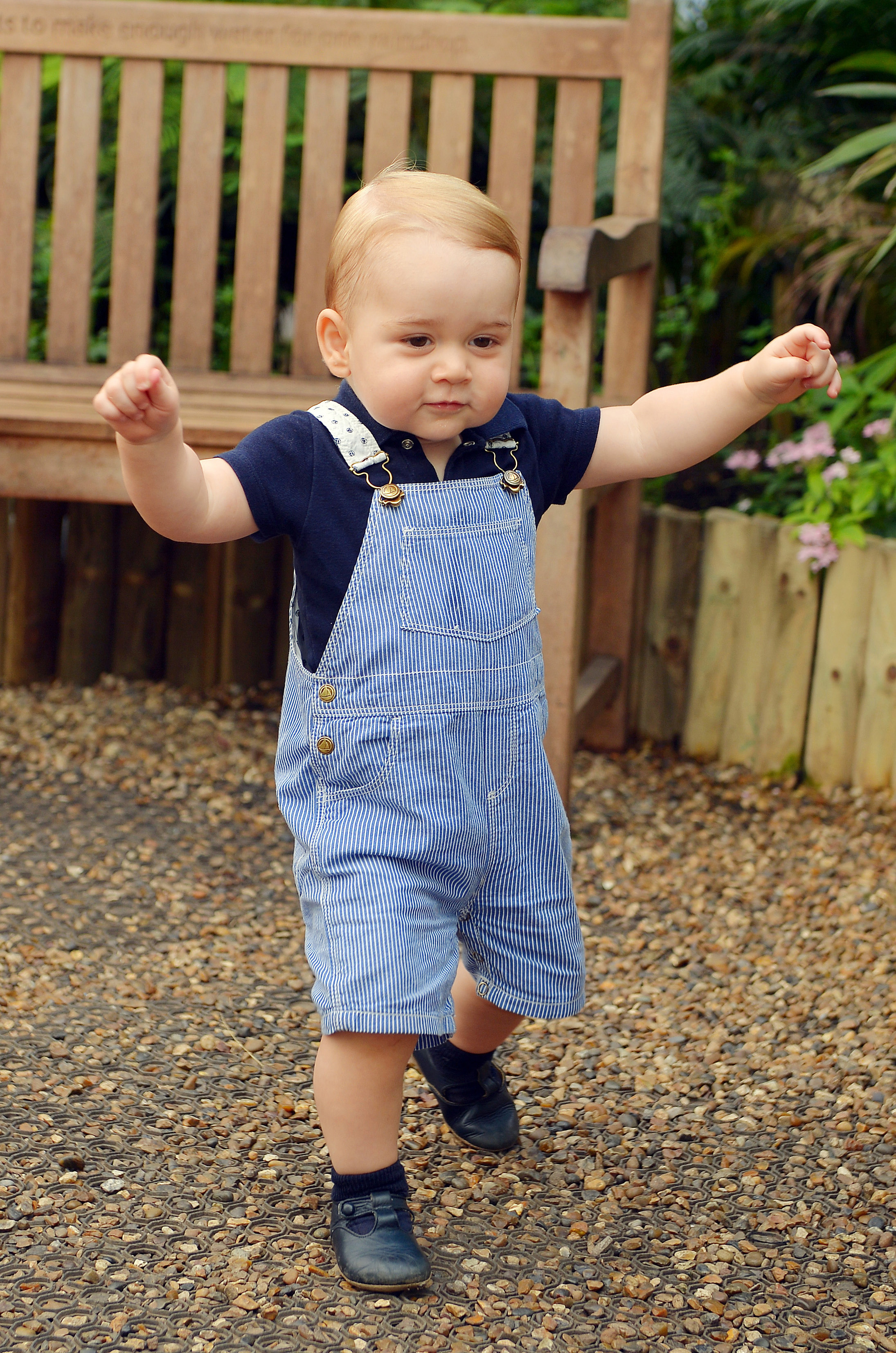 THIS picture of William and Kate’s eldest, now aged seven, taking his first steps in public, was captured at a butterfly exhibition at the Natural History Museum in London in 2014.

Arthur says: “A friend of mine, John Stillwell, took this picture. He told me he was smiling the whole time he was taking it, watching George. One day this little chap will be our king. It’s amazing.” 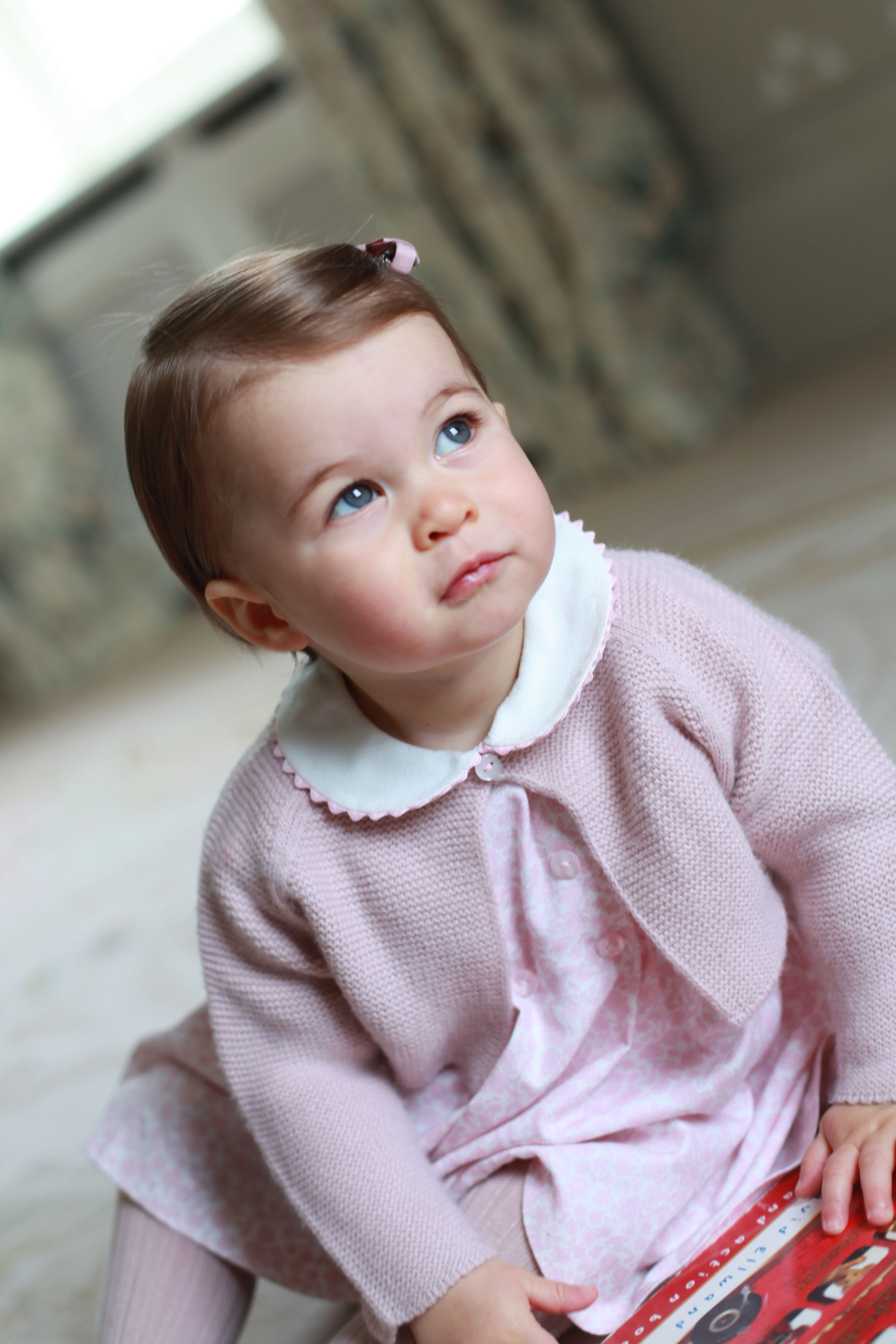 THE second of William and Kate’s three kids, now aged five, was photographed by her mum at the family’s Norfolk home, Anmer Hall, for her first birthday in 2016.

Arthur says: “Katherine is a super photographer. The pictures of her children are unbelievably brilliant and I’ve told her so.

“This one caught Charlotte climbing up on a chair. She’s turning to Mummy and giving her that lovely look. She’s a determined little girl.” 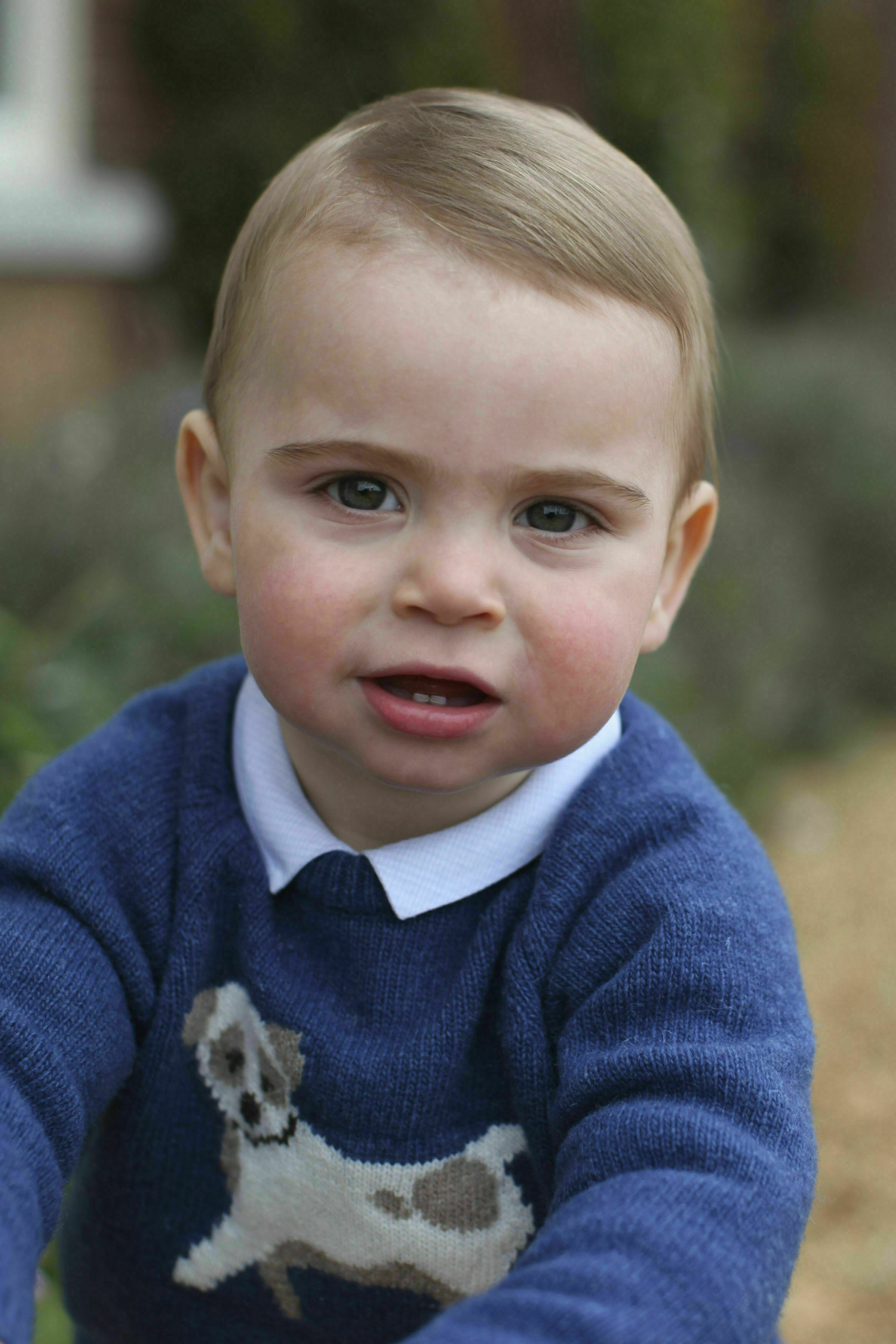 This image is beautifully framed and ‘shows Katherine at her very best as a photographer’Credit: AP:Associated Press

THE Duchess of Cambridge took this shot of the youngest of her and Prince William’s three children, now aged two, to mark his first birthday.

Arthur says: “This is a lovely portrait and shows his new teeth. It is beautifully framed and shows Katherine at her very best as a photographer.

His hair is combed and he has a lovely top on, with a beautiful little dog on it. The background is out of focus, which is the perfect way for a portrait.” 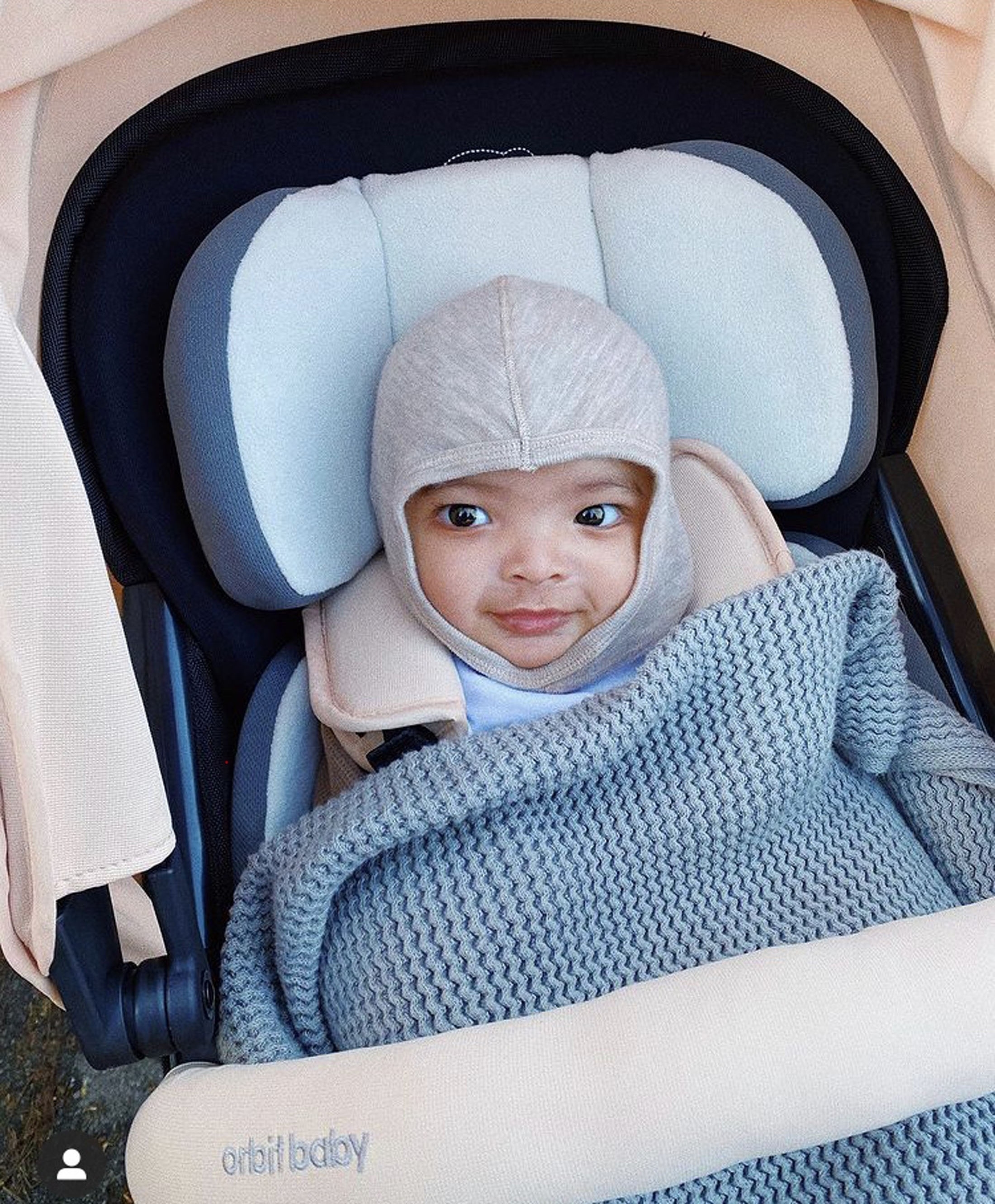 PRESENTERS Rochelle and Marvin Humes shared this snap of their five-month-old son Blake in ­January.

Arthur says: “Blake looks like he’s in a spacecraft – he’s all strapped in and about to take off.

“His eyes are wide open and he’s obviously going somewhere nice. It’s a pleasant picture and is cropped beautifully. Whoever took it did a very good job.” 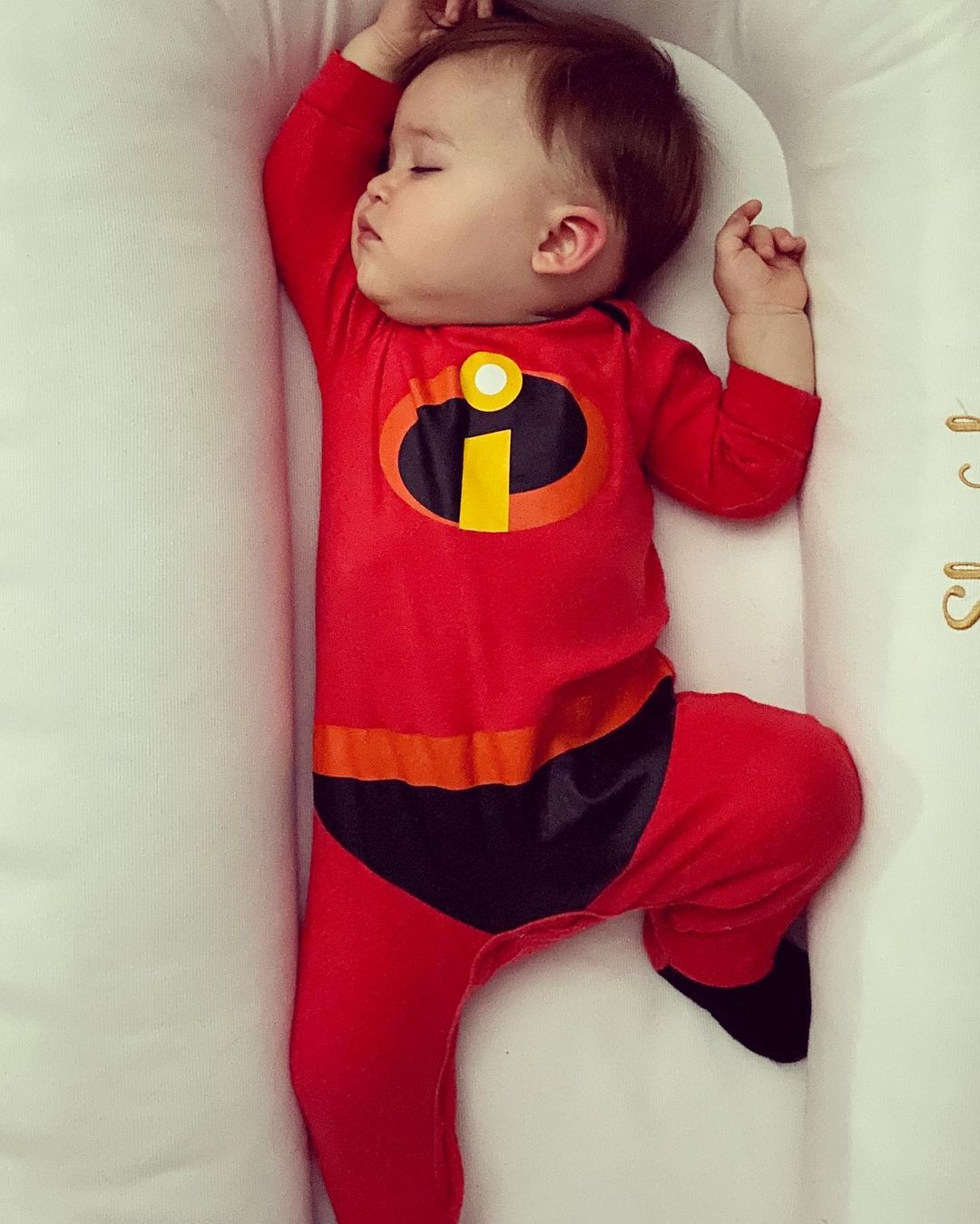 Sleepy superhero Apollo looks incredible in this pic, posted shortly before he turned one

Arthur says: “What’s interesting about this is the suit he’s wearing. Apollo, what a great name for a superhero.

“For the parents, it’s probably the end of the day, when he’s gone to sleep. He’s a sleepy superhero. He looks incredible.” 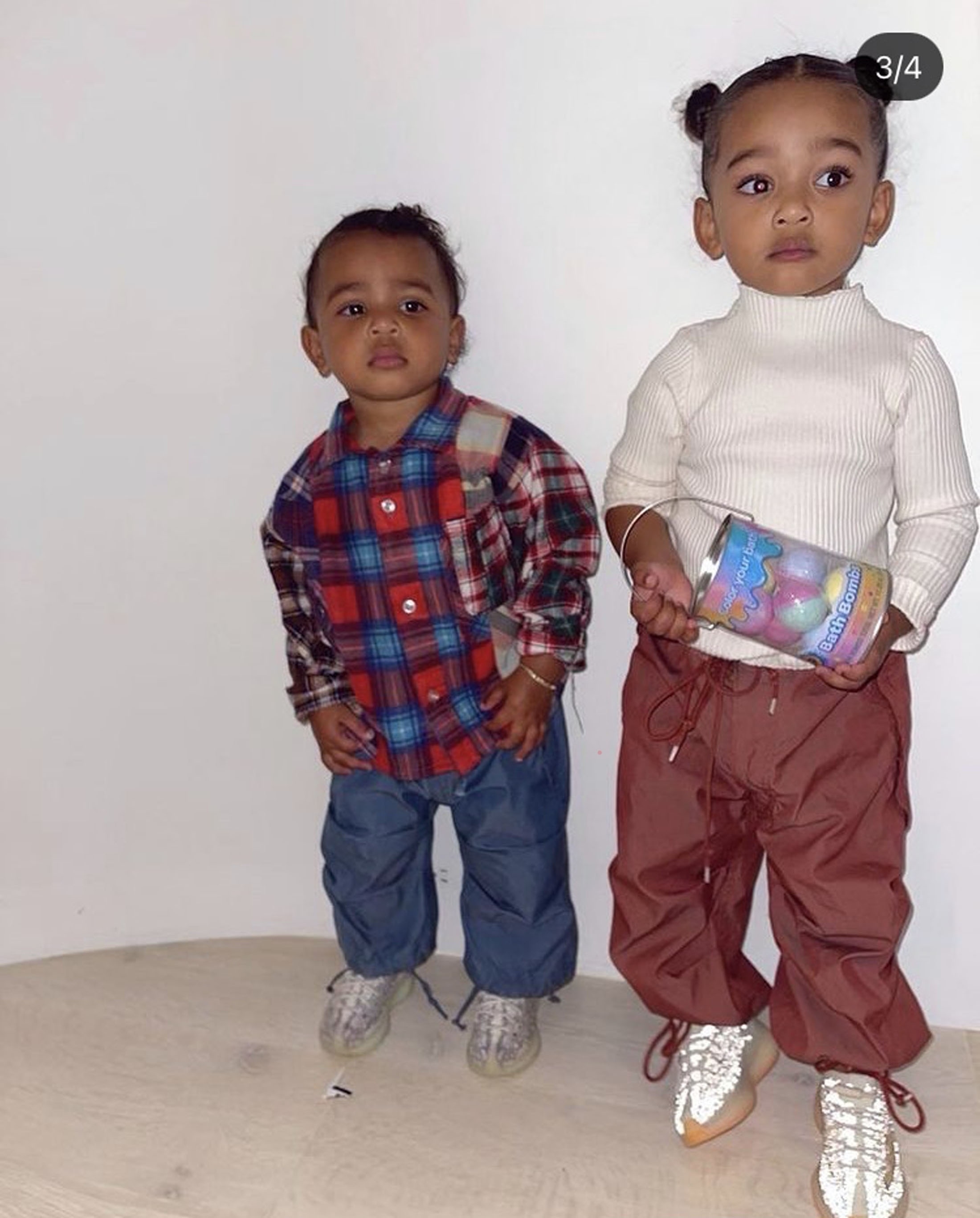 Arthur says this is a lovely picture of Psalm and ChicagoCredit: BackGrid

Arthur says: “I love their cool outfits. Something has obviously caught their attention, which they’re enjoying.

“This is a lovely picture. In 20 years’ time, when they’re leafing through it, the little boy will say: ‘God, Mum, where did you get that shirt?’” 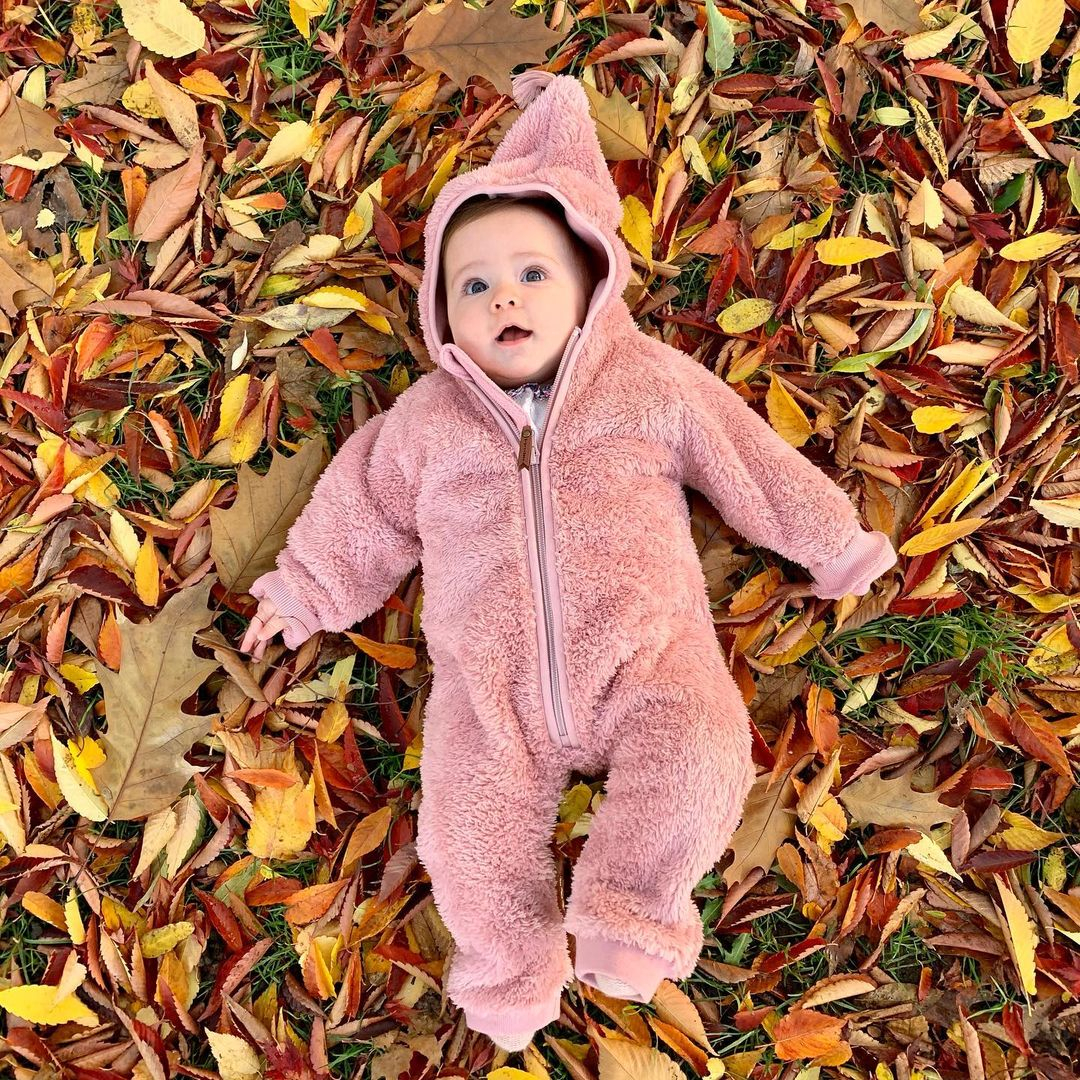 MADE In Chelsea’s Millie Mackintosh took this photo of her daughter four months ago, when Sienna was six months old.

Arthur says: “This is a lovely memory for the mother and father, Hugo Taylor. The background makes the picture, with the leaves, the grass peeking through – and that lovely smile.

“When you take a photo, be aware of the back­ground. It only takes a minute to move the child slightly.” 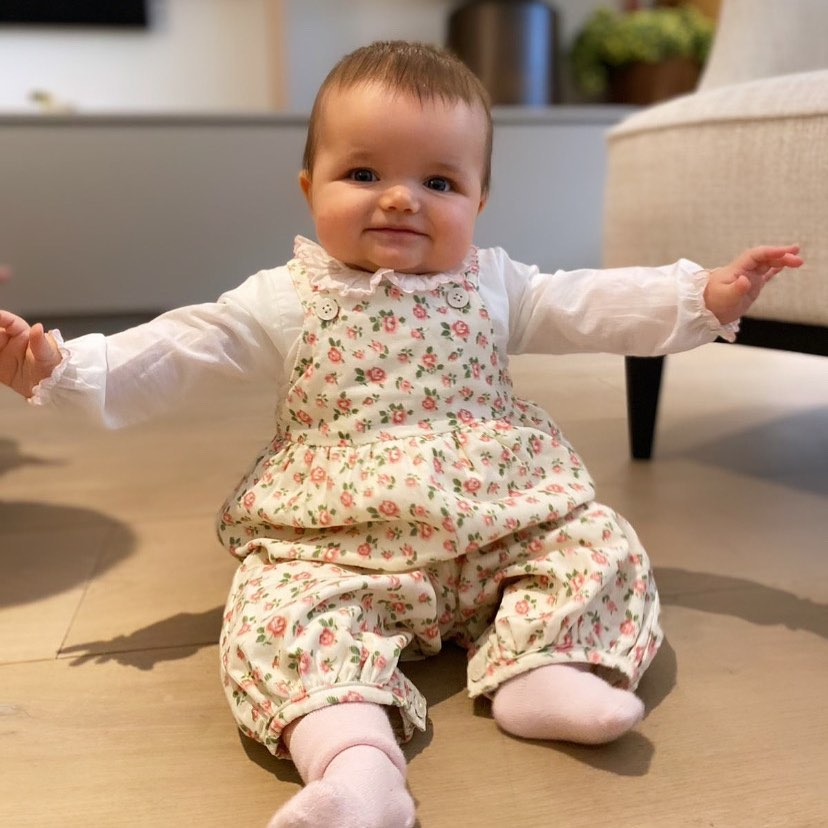 As Gigi Matthews proves, pictures work great with less furniture and more of a focus on the face

Arthur says: “I’d like less of the furniture and more of the face. The face is everything.

“It’s obviously been taken after she’s eaten and is really content. You get a real insight into the child’s character. It’s a beautiful picture. It looks like she’s got a good sense of humour.” 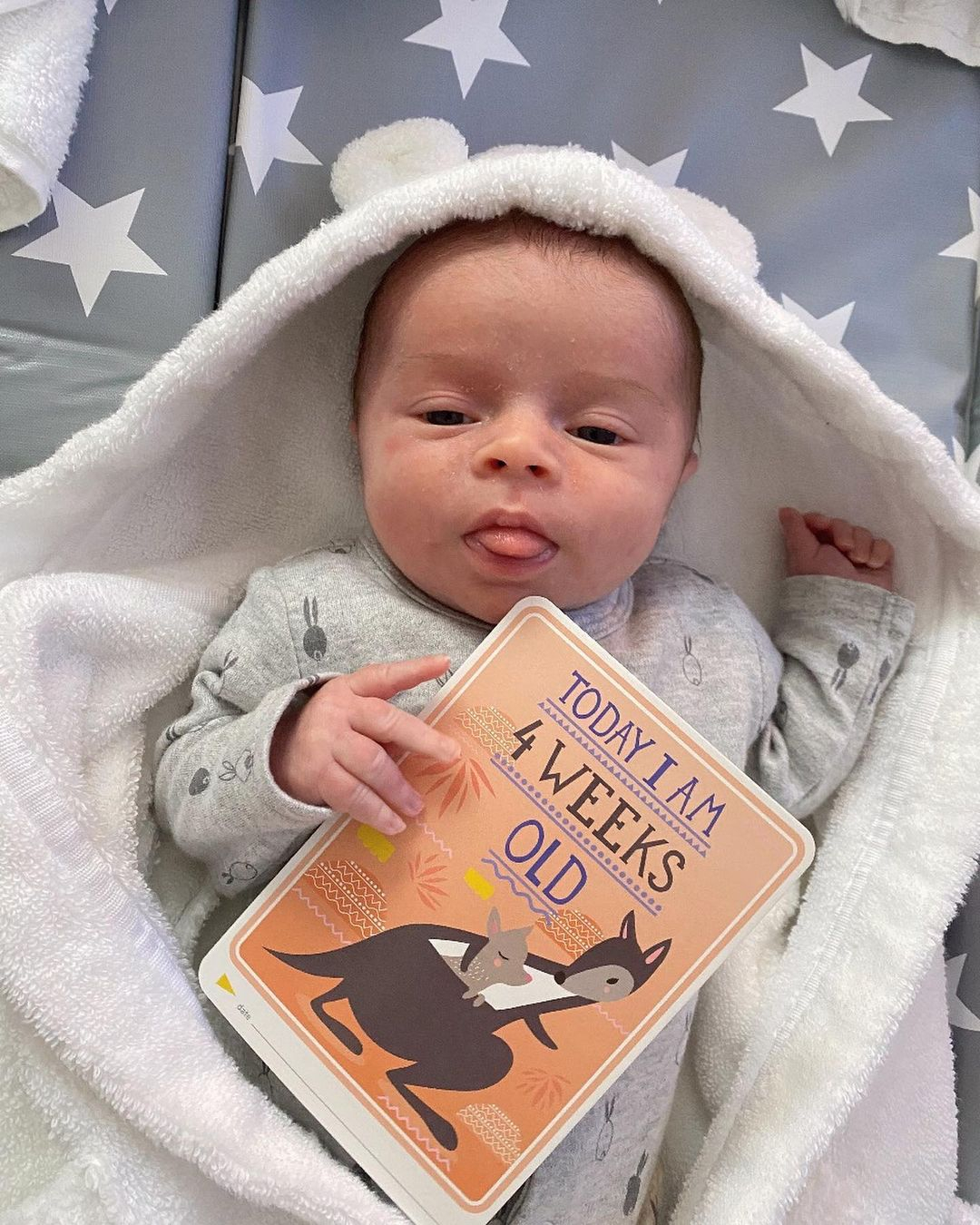 LOVE Island’s Dani Dyer had son Santiago in January with her stock­broker boy­friend Sammy Kimmence. They took this picture of him at four weeks old.

Arthur says: “I hope they take a picture like that, if not every week, then every month to see the change. At the end of the year you’ll see the vastest growth in the child’s life. That first year is amazing.” 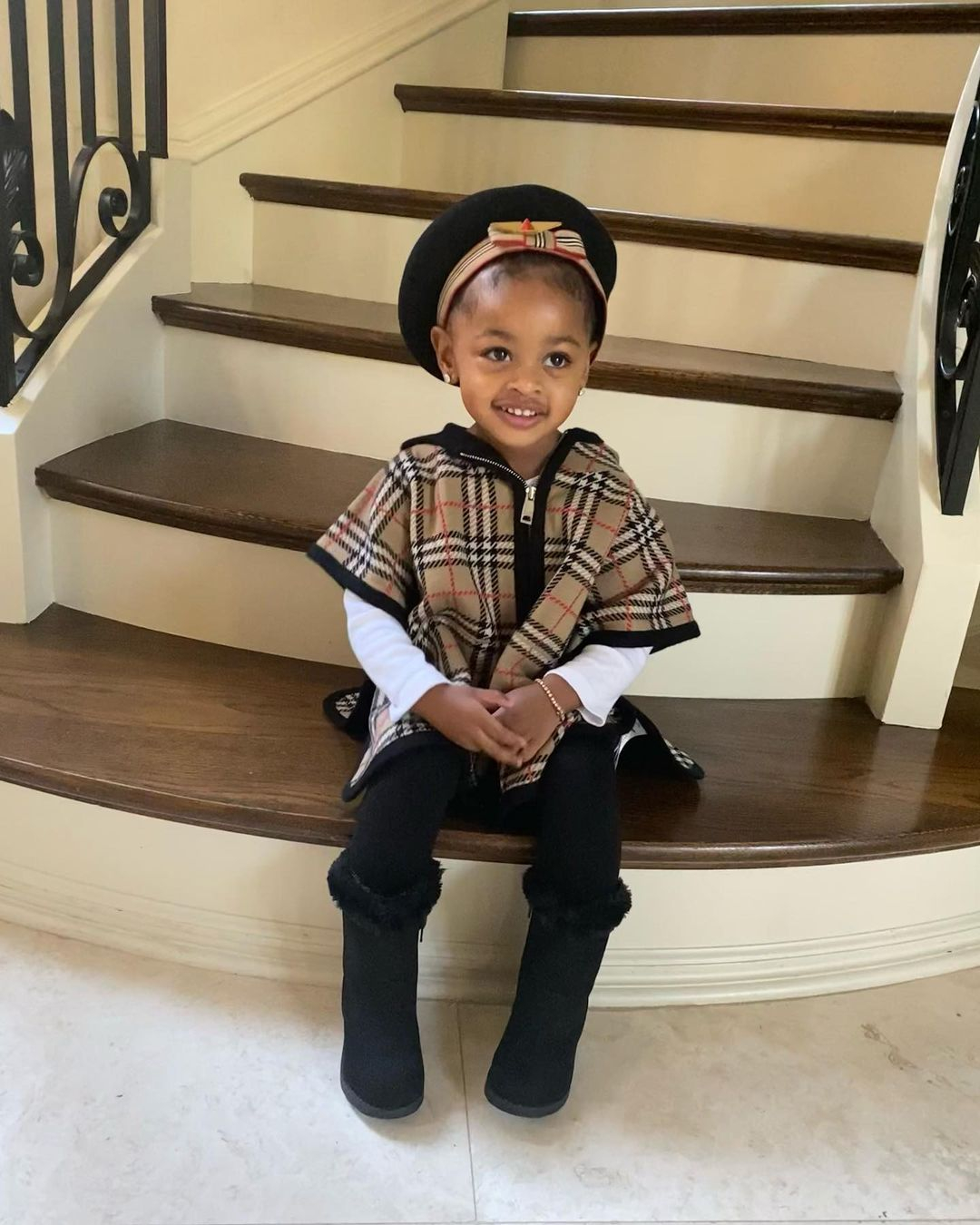 THIS snap of Cardi B and fellow US rapper Offset’s two-year-old daughter was taken in November last year.

Our Arthur was blown away.

He says: “This is my favourite of all. I love Kulture’s Burberry jacket and lovely hat. She’s got a beautiful smile and she’s looking at Daddy, I suppose. She seems very much a daddy’s girl.” 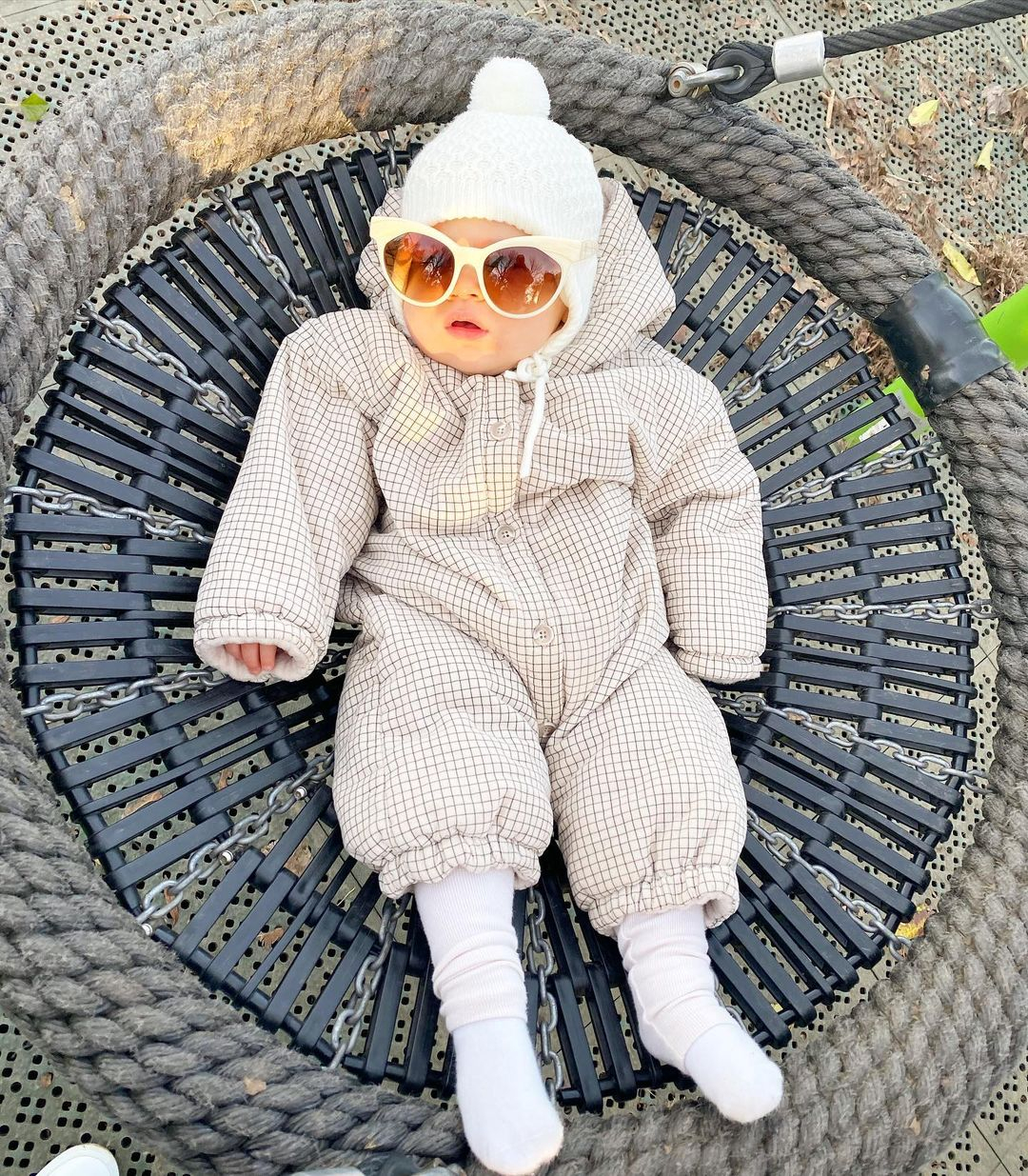 This pic of Roman Thomas is great, although our snapper wishes they’d done a close-up on his face

LUCY MECKLENBURGH from Towie and ex- Corrie actor Ryan Thomas took this wintry snap of the now one-year-old a month ago.

Arthur says: “He’s dressed for winter and summer at the same time, in a snowsuit and sunglasses. I can’t work out what he’s lying on – it seems like a swing.

“It’s a lovely picture and I wish they’d done a close-up of the face and sunglasses.” 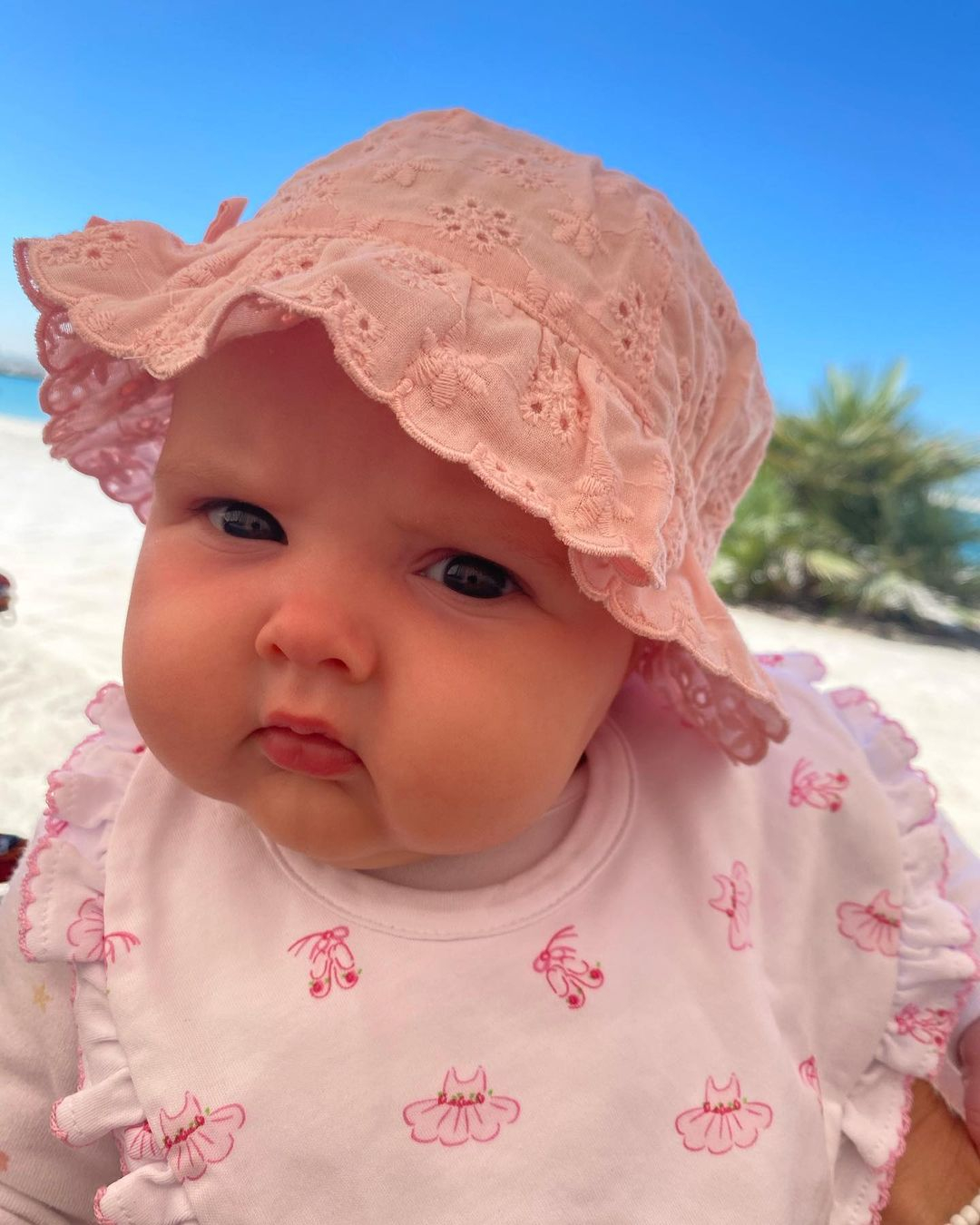 Serena Ecclestone looks adorable in pink in this cute close-up

FORMULA One heiress Tamara Ecclestone posted this snap of her now six-month-old daughter on Instagram in January.

Arthur says: “You know this is a girl because she’s dressed in pink. She’s got a very quizzical look in her eye so she probably doesn’t recognise the photographer.

“They’re on a beach somewhere. The hat, although it’s quite smart and goes with the dress, is obviously there to protect her from the sun.”