ENGLAND hero Alessia Russo has been soaking up the sun in Italy as she continues to bask in her Euro 2022 heroics.

The 23-year-old hit four goals for the Lionesses on their way to European glory last month — including a superb backheel against Sweden.

Alessia Russo has been soaking up the sun in ItalyCredit: BackGrid 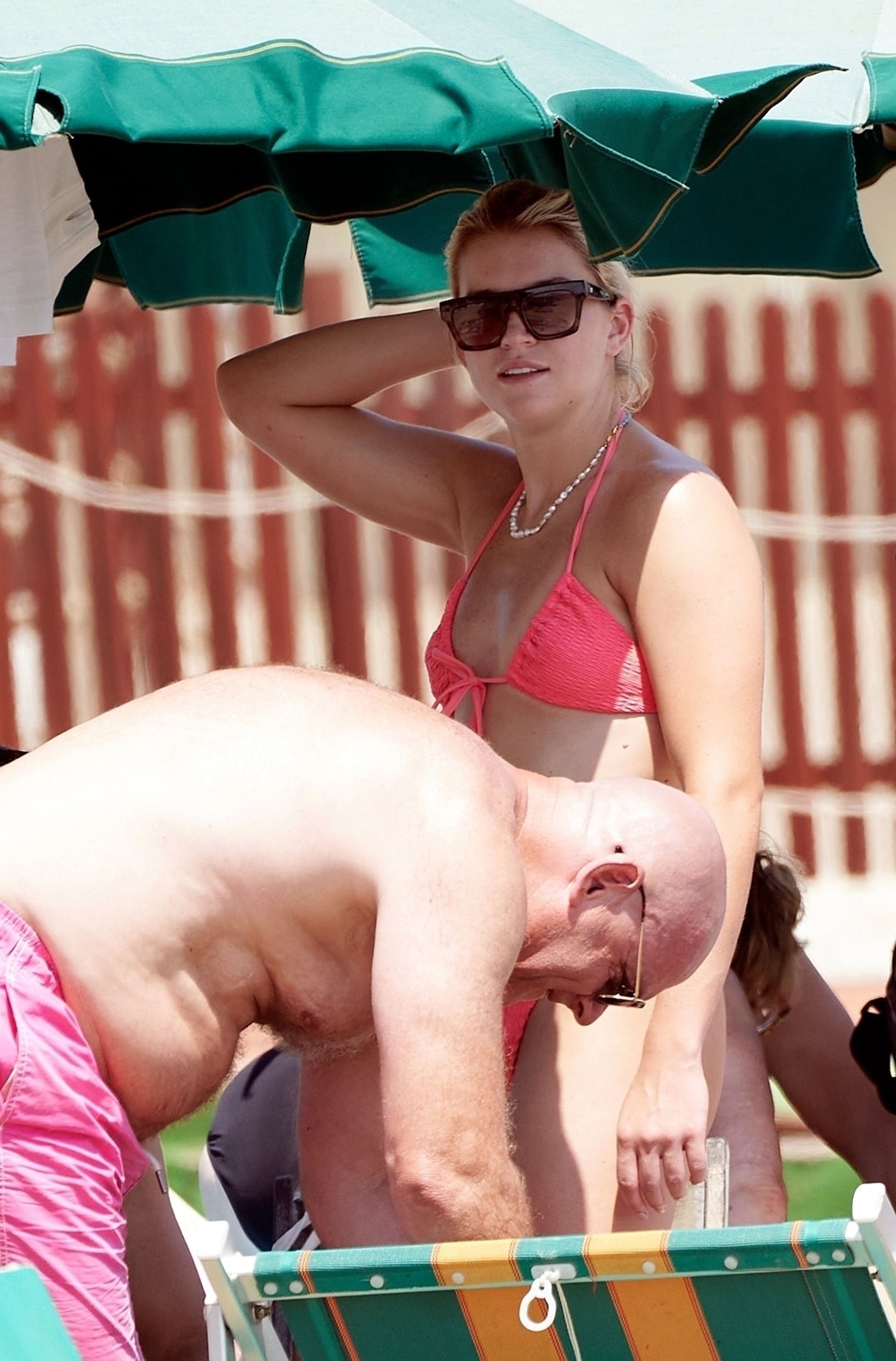 England Euro 2022 hero is away with a pal and her family in NettunoCredit: BackGrid 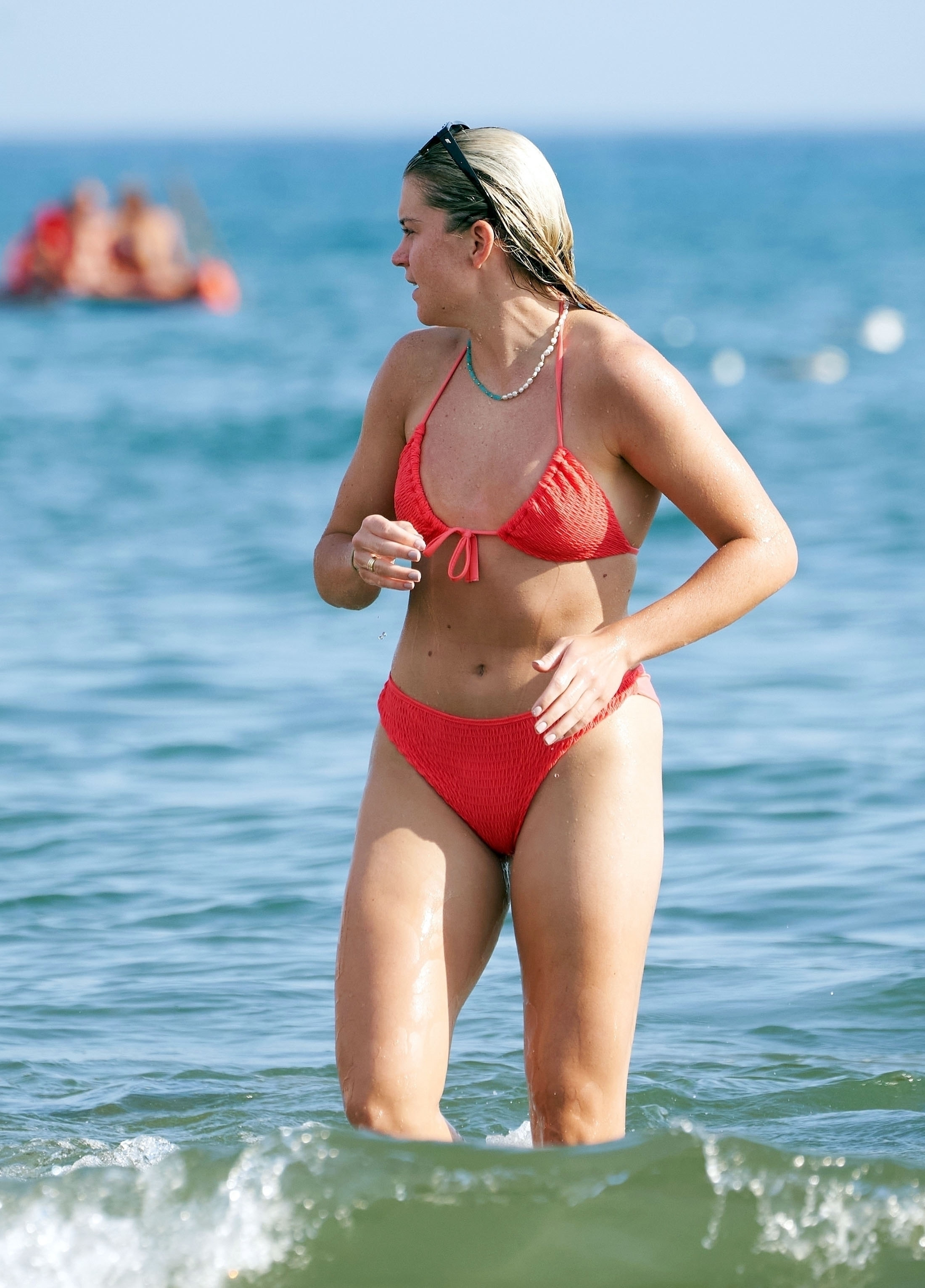 The 23-year-old enjoyed a dip in the sea in the seaside resort near RomeCredit: BackGrid 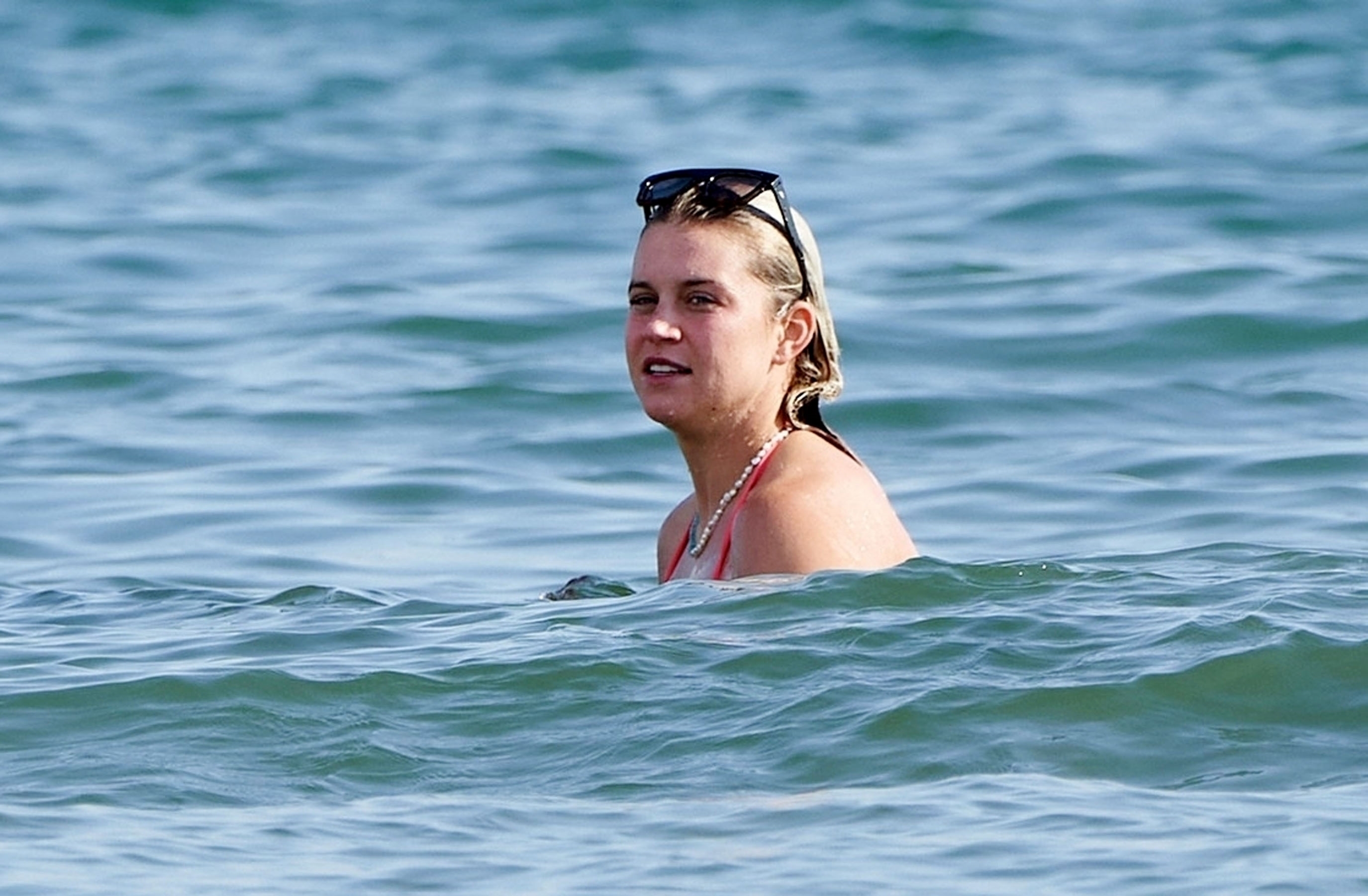 Russo scored four goals for the Lionesses on their way to Euro gloryCredit: BackGrid

Russo, who has been tipped to become the first £1million player in the women’s game, also came off the bench to play a key role in the victory over Germany at Wembley in the final.

And she even managed a sneaky peak at the opposition’s tactics during the emotional rollercoaster that ended in glory.

The Manchester United star, who has been included in the club’s new kit launch promos, is now taking a well-earned break from the pitch.

Striker Russo, wearing an orange bikini, was spotted taking a dip in the sea while on holiday with a pal and her family near Rome. 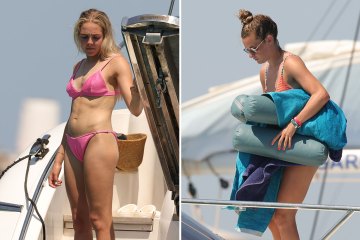 They had an umbrella and two sun lounges to share between them at Beach Lido in the seaside area of Nettuno.

And the bikini clad Russo spent most of her day lying and sitting in the sun before heading into the sea for around ten minutes around 5:30pm before returning to her lounger.

Fellow England heroes Ella Toone and Ellie Roebuck have also been spotted enjoying themselves in Ibiza as the post-Euros party continues.

The pair were pictured taking a dip on a luxury yacht near the island of Formentera, the smallest of Spain’s Balearic Islands.

They went to a Calvin Harris gig the previous night on the Spanish island with other members of the team including captain Leah Williamson and Nikita Parris.

Forward Toone was one of the most pivotal figures for England in their Euro-winning run.

She bagged a screamer in extra-time against Spain in the quarter-finals.

Her impact was felt again as she scored a stunning chip just a matter of minutes after coming off the bench in the final against Germany.

After being pegged back and forced into playing extra-time Chloe Kelly ended up scoring the winner, sending the country into wild celebrations. 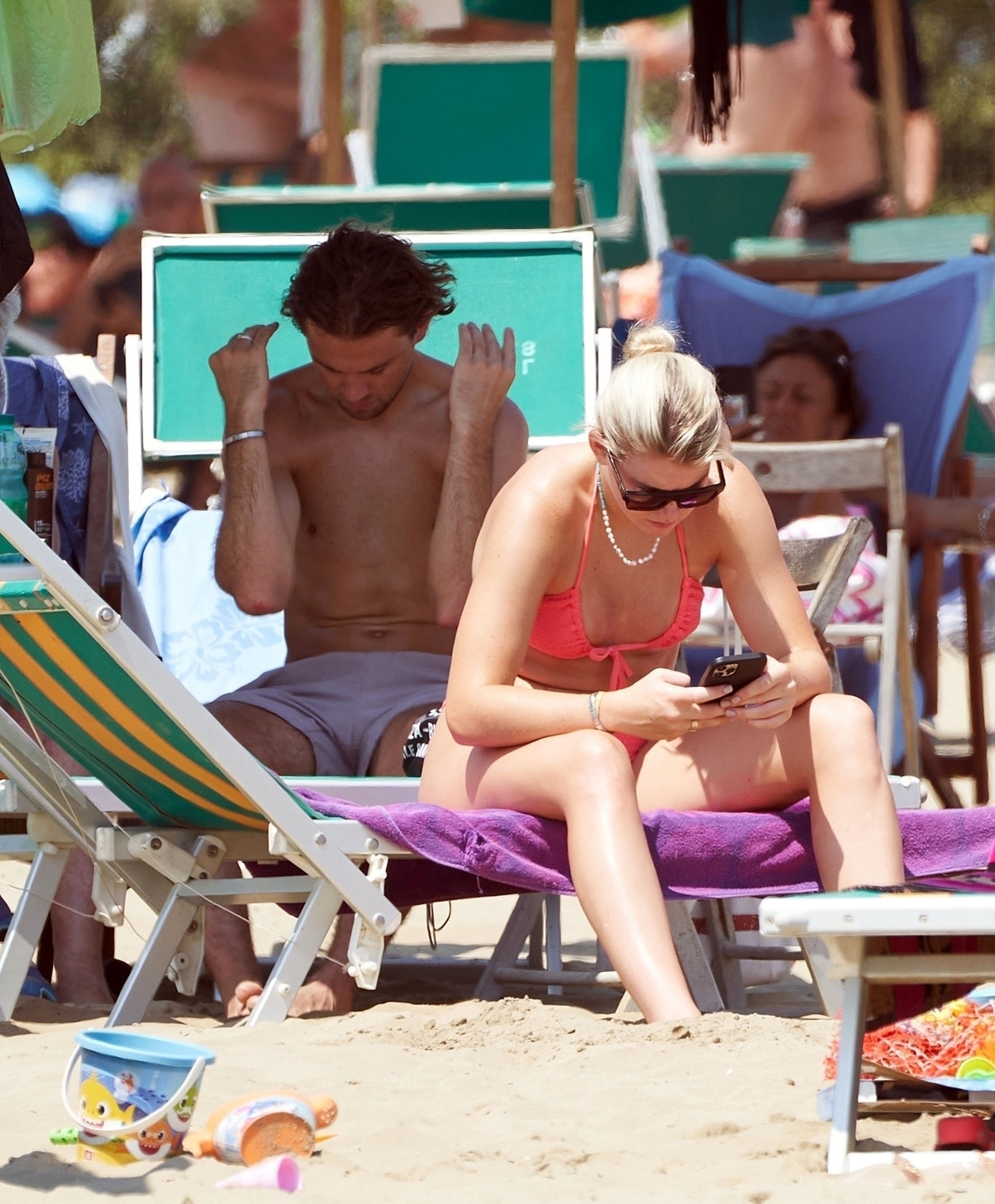 The star hired two sun loungers and an umbrella to protect her from the raysCredit: Backgrid 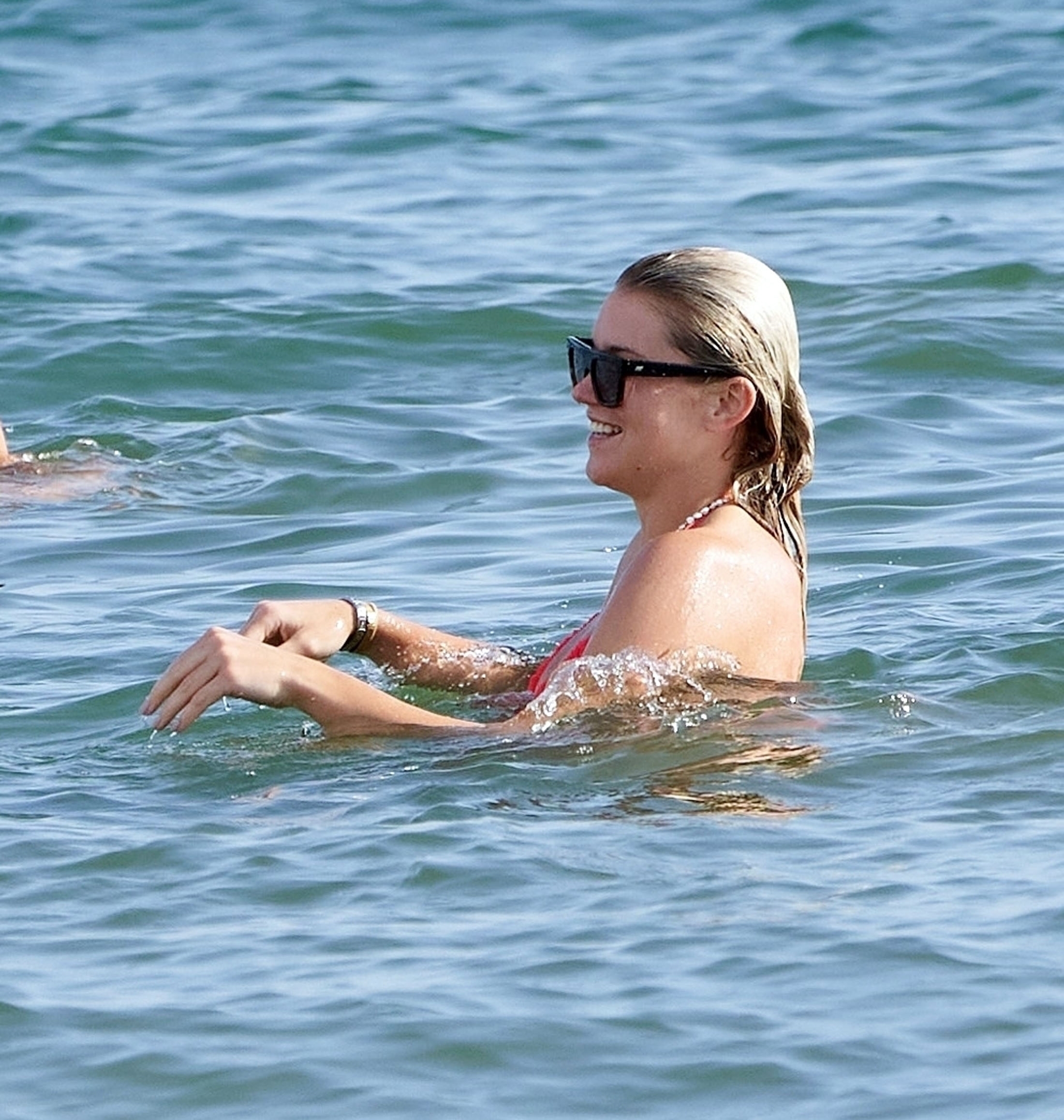 But she needed a dip to cool off as she still basks in the glory of the Euros victoryCredit: BackGrid