EASYJET has cut 1,400 UK jobs since the start of the coronavirus crisis, the airline confirmed today.

It comes after the company warned of plans to axe 30% of its workforce last May. 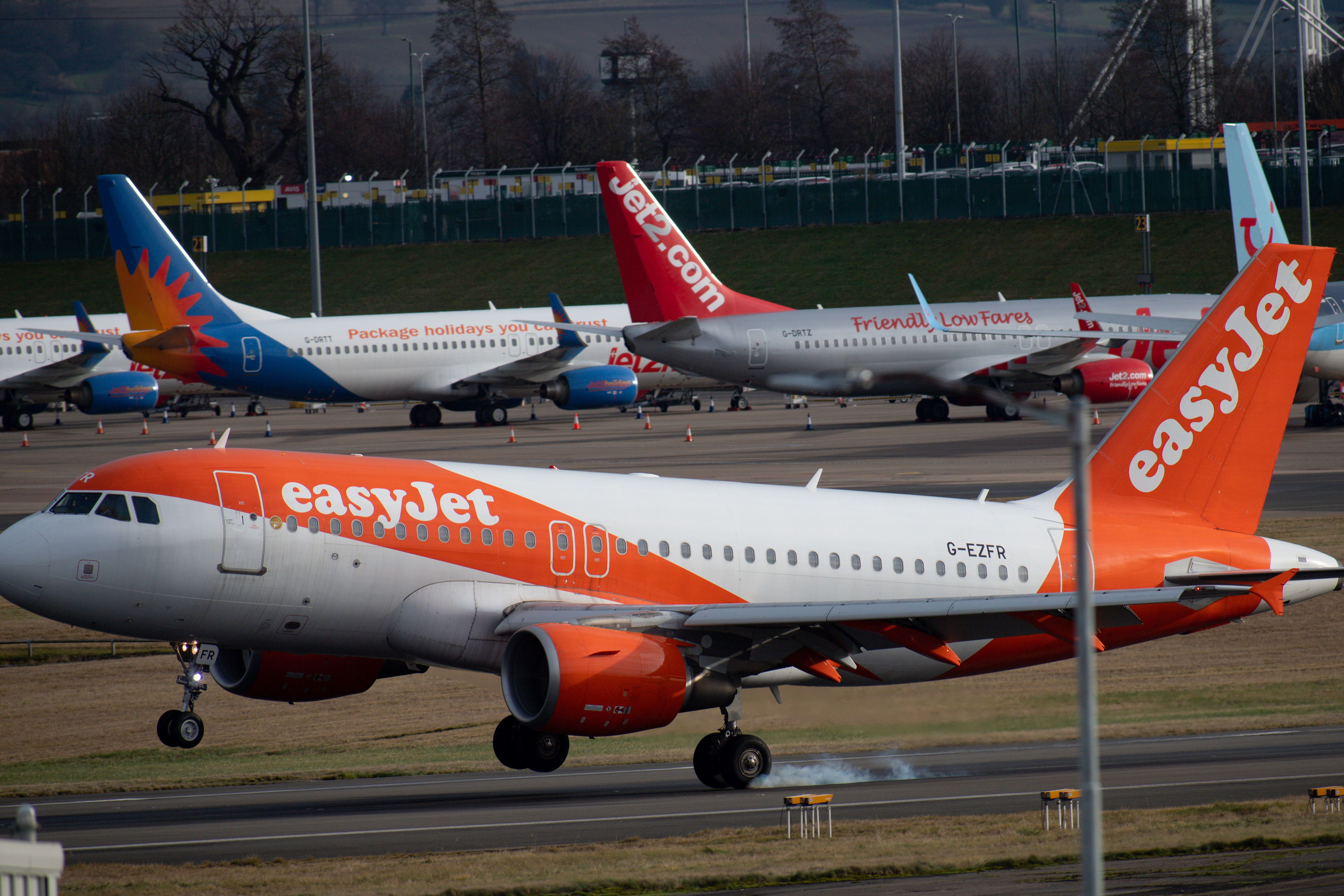 EasyJet confirmed it expects to operate no more than 10% of its flight programme until MarchCredit: PA:Press Association

EasyJet also confirmed it expects to operate no more than 10% of its flight between January and March due to on-going travel restrictions.

The budget airline said its revenues plunged 88% at the end of last year, with turnover slumping to £165 million.

It flew just 18% of its normal schedule in the three months to the end of December, which saw the second coronavirus lockdown in England and tighter curbs on travel.

But the group said it is planning for a surge in “pent-up demand” for travel once restrictions begin to lift and as vaccinations are extended.

THE travel industry has been severely impacted by the coronavirus crisis as fewer people head abroad:

The group said it had cut its cash burn to £40million a week in a fully grounded scenario due to cost-cutting efforts.

In May last year, EasyJet told The Sun it employs 15,000 full-time members of staff.

Chief executive Johan Lundgren said: “Our performance in the period was in line with management expectations, despite more stringent restrictions coming into place.

“We have taken the right actions to emerge leaner with a reduced cost base, and the retrenchment of legacy carriers at key airports will provide additional opportunities for easyJet.”

He added: “The key to unlocking travel is going to be the vaccination programmes combined with governments progressively removing restrictions when it is safe to.

“And, in the meantime, our flexible industry-leading policies mean that customers can make plans and book with confidence.”

EasyJet isn’t the only airline to have suffered job losses due to coronavirus.

Gatwick has also announced plans to cut 600 jobs – almost a quarter of its workers due to coronavirus.

Ryanair confirmed that up to 3,250 jobs could be slashed while staff face 20% pay cuts.