EASTENDERS star Laurie Brett has revealed Ian Beale is with his ex-wife Jane after fleeing Walford earlier this year.

The actress – who played Jane on the BBC soap until 2017 – has hinted she could return to the soap with her on-screen love next year.

Asked about the rumours of her returning, Laurie said: “I can neither confirm or deny, no, no!

“Well you know, she’s not dead, so she could come back!”

She added on Morning Live: “I’ve never felt that Janes story was over and she has so many links to so many people on the square.

“If she did go back it would cause absolute mayhem! But you know, it depends on whether the producers think it’s a good time for Jane to be in the show. 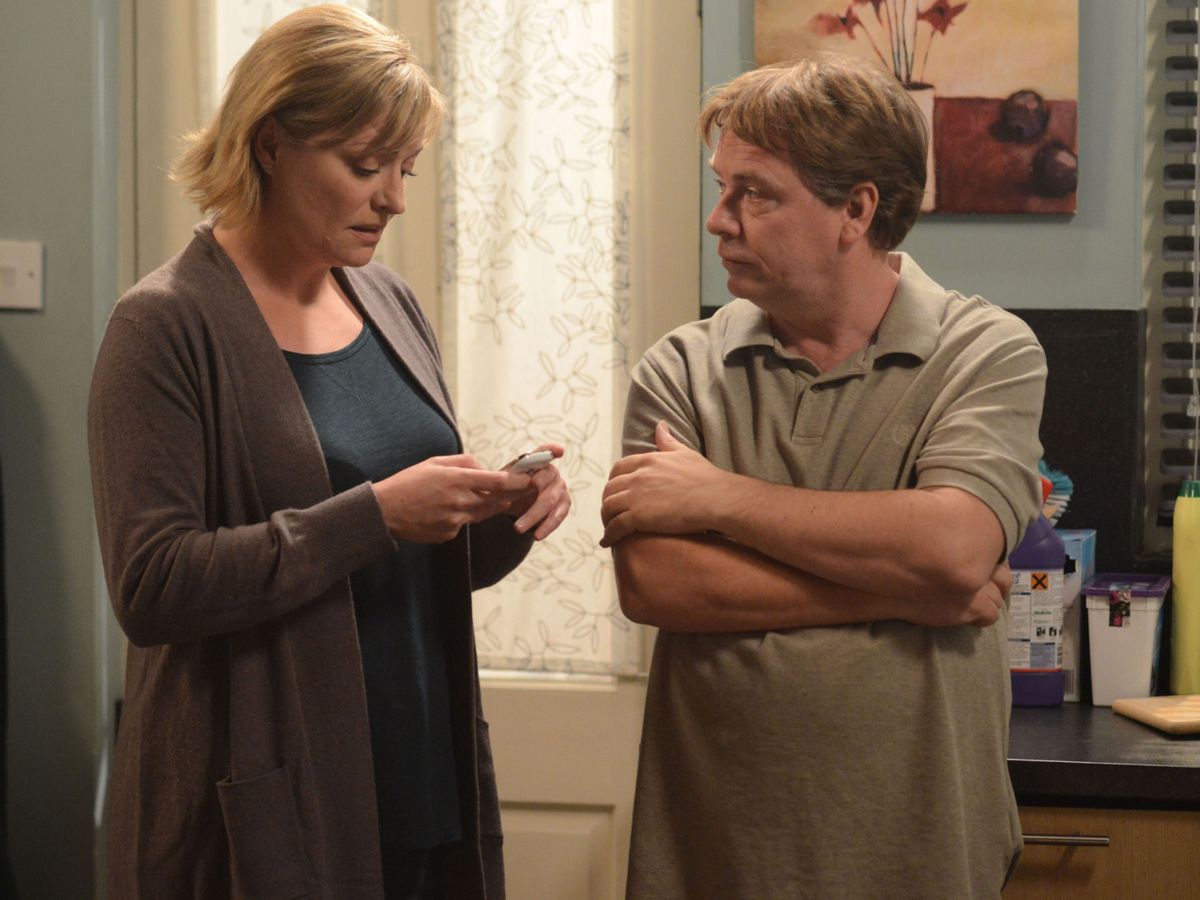 Jane and Ian could be back together off-screenCredit: BBC

“It’s a lot about the dynamic of the show as well as the characters within it and who people interact with, there’s a time and a place for every character I think.

“A part from you know, the Ian Beales, but I’m sure Ian Beale is with Jane as we speak! Where else would he be!?”

Meanwhile actor Adam Woodyatt who plays Ian has revealed he will be away from the soap for at least another year – if he returns at all.

He told Metro: “I won’t be going back until this time next year at the absolute earliest.

“I’m committed to touring with Looking Good Dead until the end of October. I’m then going to America because my daughter is getting married.

“Then hopefully we’re going to pick the tour up and do some of the venues that were originally planned but that we hadn’t managed to get to. That’s likely to be January to April.