The Russian appeared just a round away from retaining his title after fighting to an early but tight lead at UFC 259. 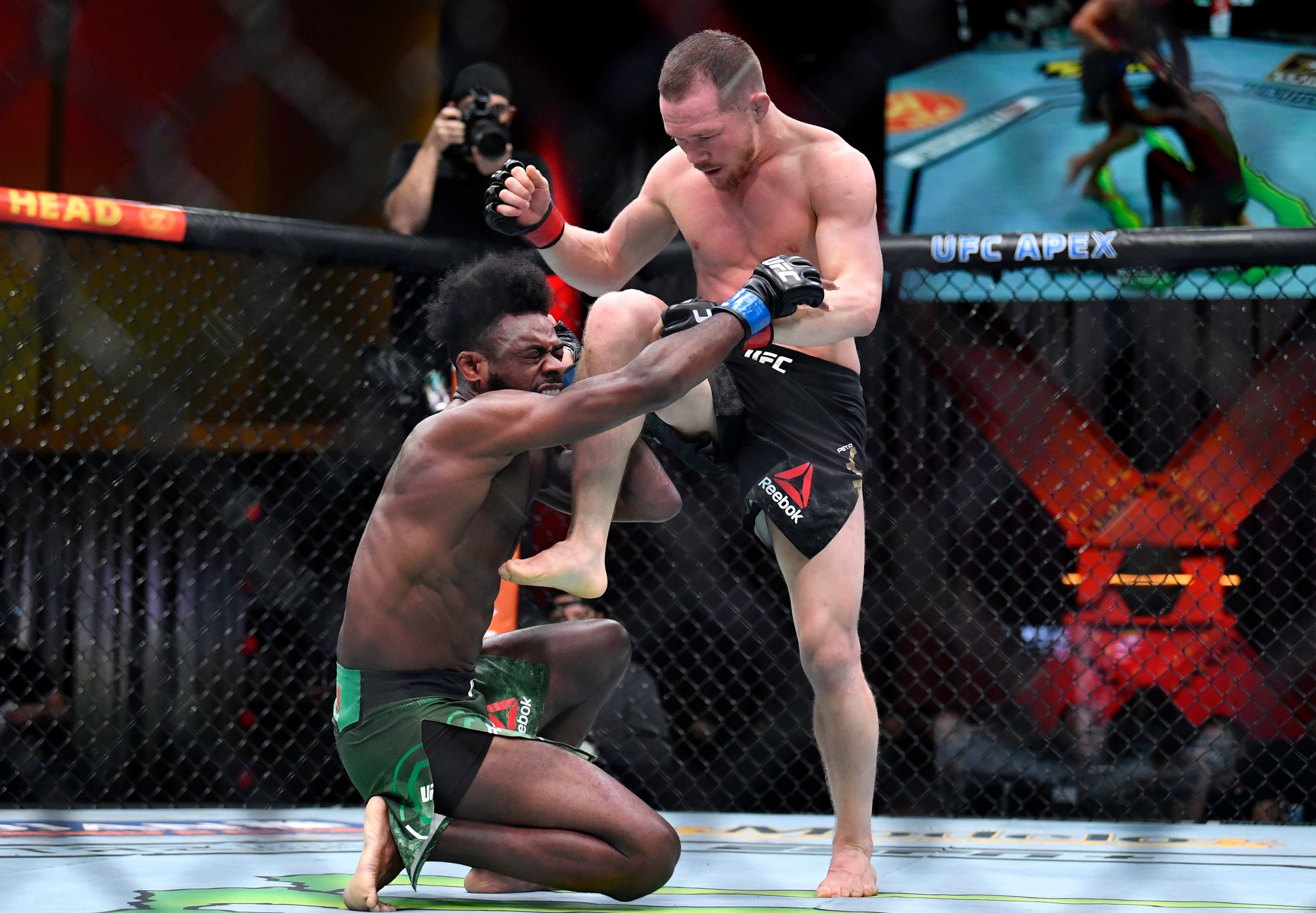 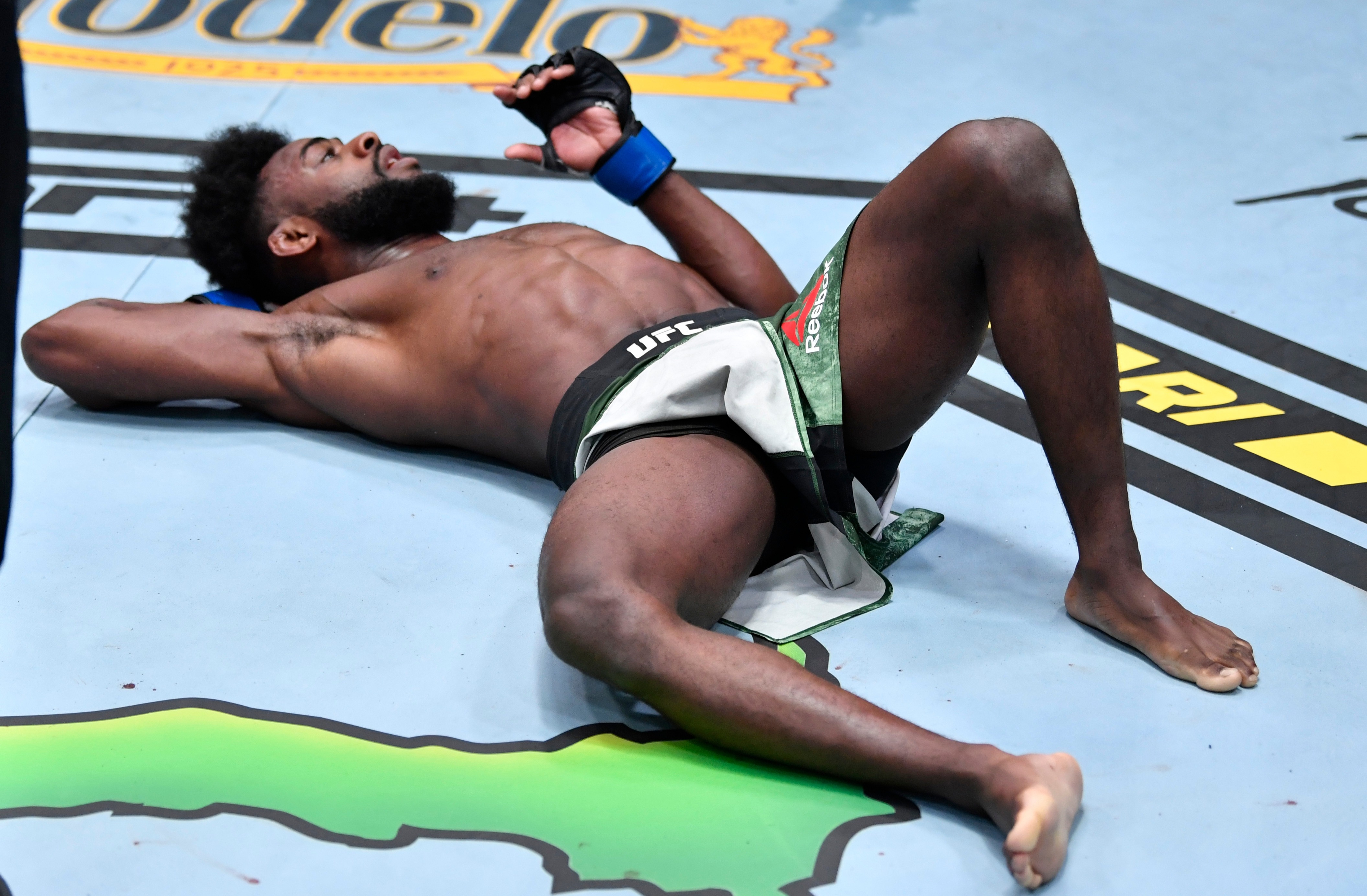 But in a moment of madness, Yan kneed Sterling, an illegal shot as the challenger was on the floor.

Referee Mark Smith warned the champion of Sterling’s position on the ground, but still the intentional shot was thrown.

It resulted in mixed emotions for Sterling, who was crowned the new champion after a DQ.

He even THREW the belt to the ground but was clearly struggling with the affects of the knee, as the American was helped out of the octagon.

After the win, Sterling, 31, said: “Not the way I wanted to win. I just took the belt off.

“I was trying to continue being all f***ed up. I was in bad shape. That would have been ego taking over.”

The scorecards revealed Yan was winning in the eyes of two of the judges following three completed rounds.

UFC commentator Joe Rogan was remarkably informed by Khabib Nurmagomedov that Yan’s corner told him to throw the strike.

In a bitter-sweet ending for Sterling, he had started the fight with an electric pace, as he pressed forward.

But in the last two minutes, Yan turned the momentum around after a perfect straight right hand dropped the challenger, visibly shaking him.

Sterling was also floored with a hard leg kick, and conceded the remaining minute of the first after being slammed before the buzzer.

But he again came out quick in the second, looking to grapple but his attempts were defended well on the floor and against the cage.

Sterling ended the round swinging, maintaining the pressure by forcing boxing specialist Yan on the back foot.

Yan asserted himself as the aggressor in the third, sensing his opponent was tiring, but remained calm controlling the distance.

He looked the fresher of the pair as he doubled his striking output, and landed a trip takedown.

Round four was competed largely on the feet with Sterling pressing the action, but Yan landing more affectively. 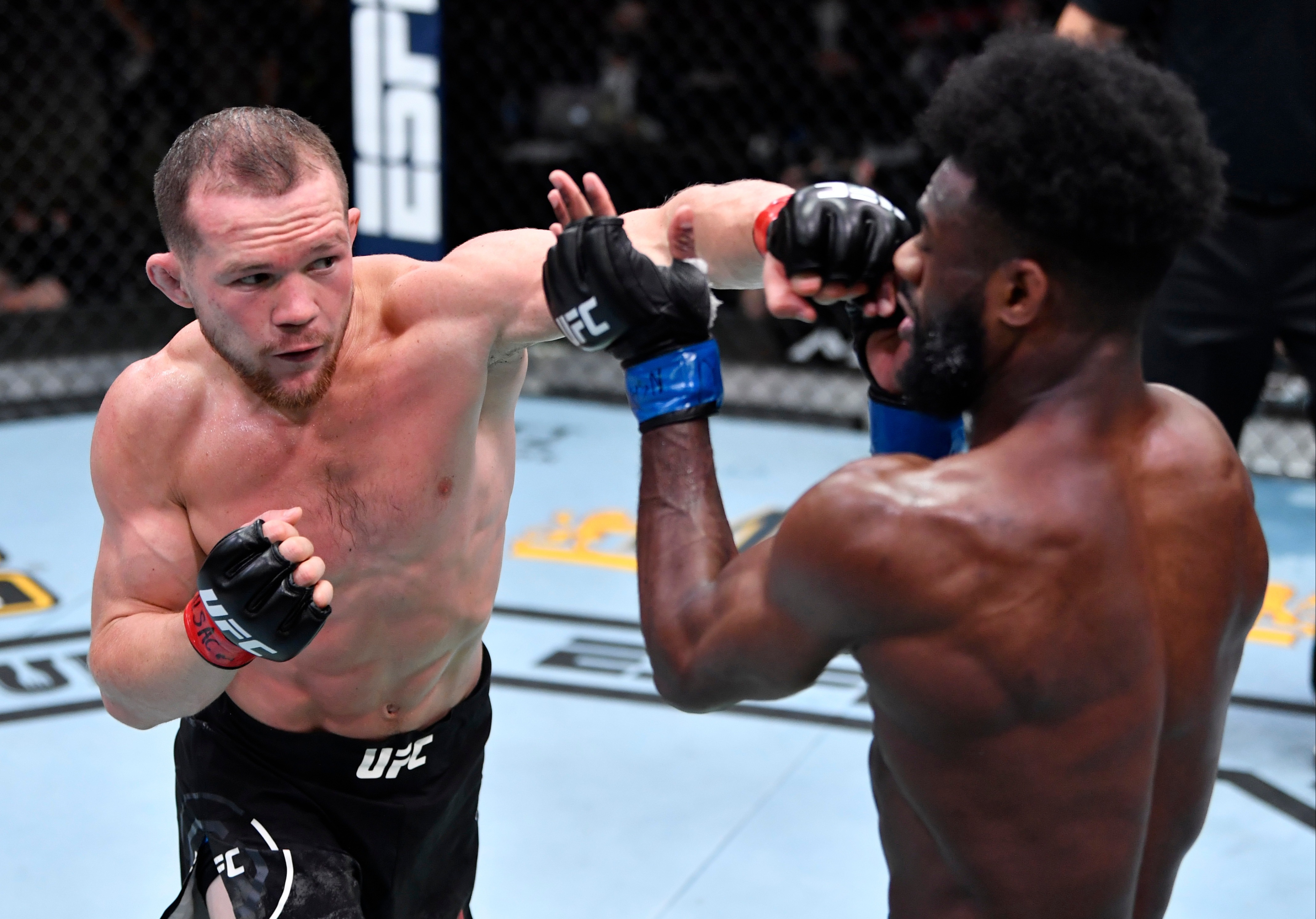 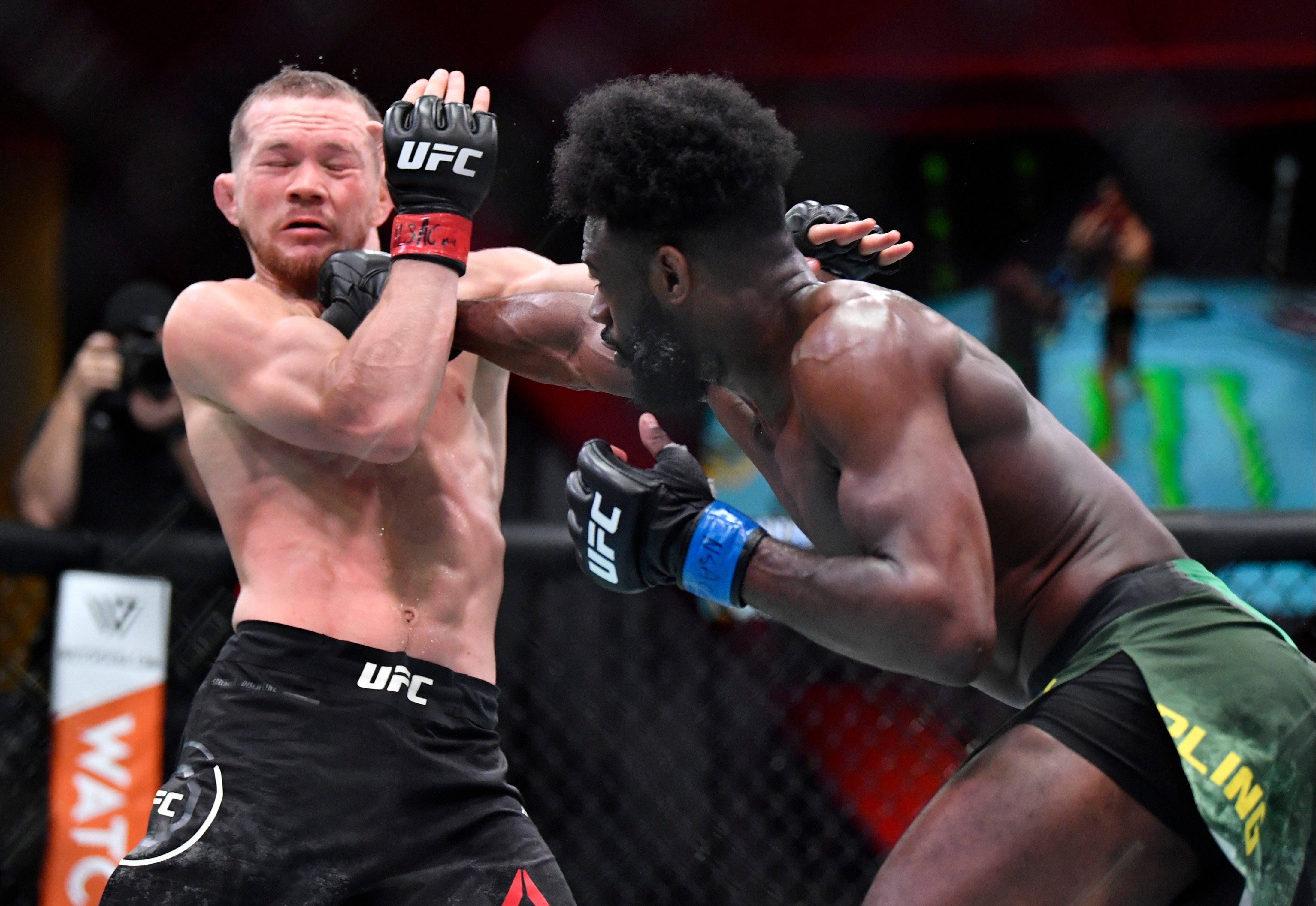 Petr Yan was ahead on two of the judges scorecardsCredit: Getty Images – Getty

Then, out of nowhere, Yan’s illegal blow left Sterling all-but knocked out and unable to continue.

It meant he surrendered his title with referee Smith forced to disqualify the 28-year-old.

Sterling was ushered out of the cage on wobbly legs and barley celebrated his win, instead calling for a rematch to legitimise his title reign.

He tweeted: Not the way I ever want to win a fight. It was close, competitive and filled with action.

“I felt the knee was intentional, especially after the ref announced I was a downed opponent, so I didn’t expect to be hit. Yan is a bad dude!

“WE WILL DO IT AGAIN!

The newly crowned 135lb king was swiftly transported to hospital as Yan offered his apologies.

He tweeted: I apologize and wish speedy recovery to @funkmasterMMA I didn’t mean to throw an illegal strike, I just made a big mistake and paid for it.” 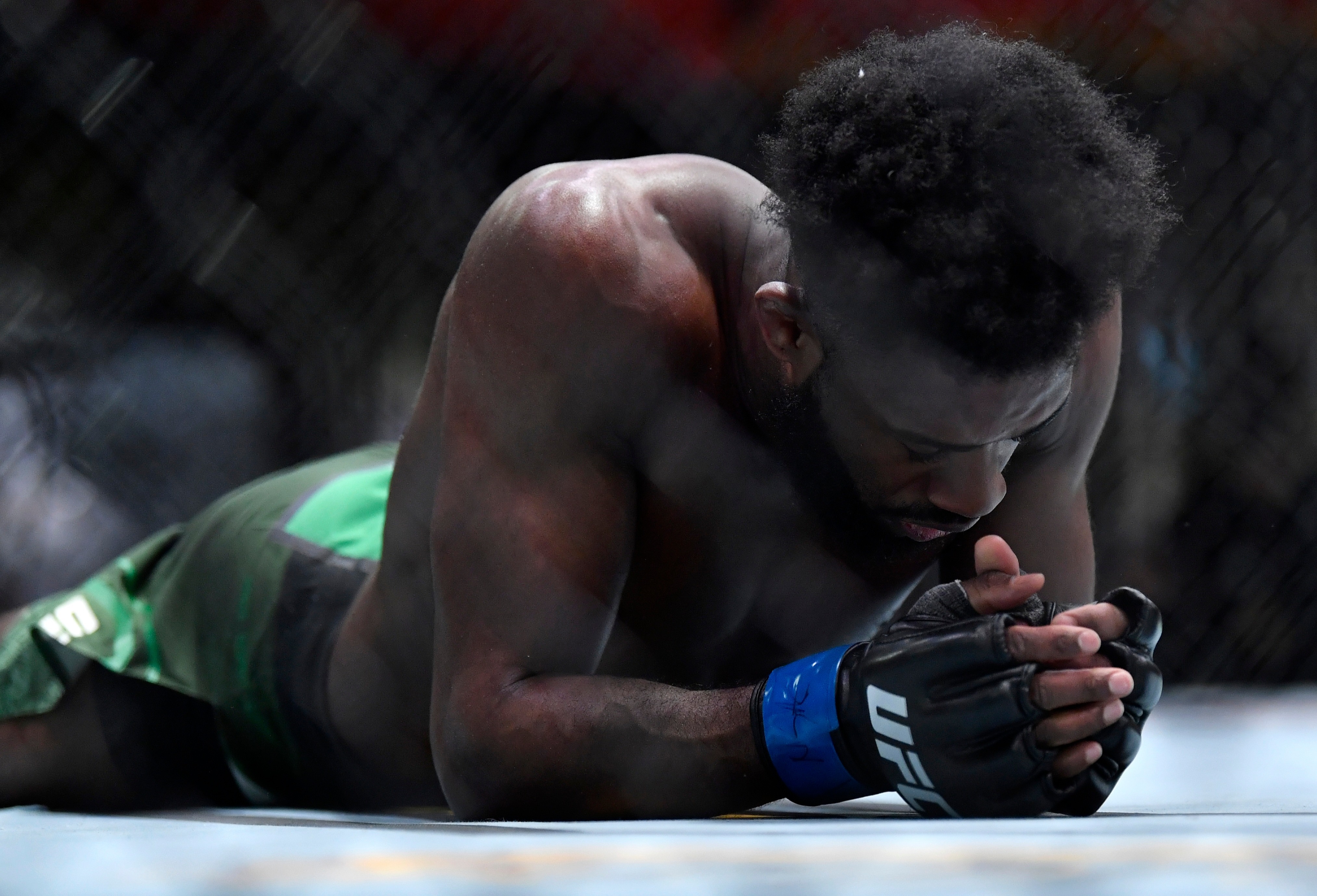 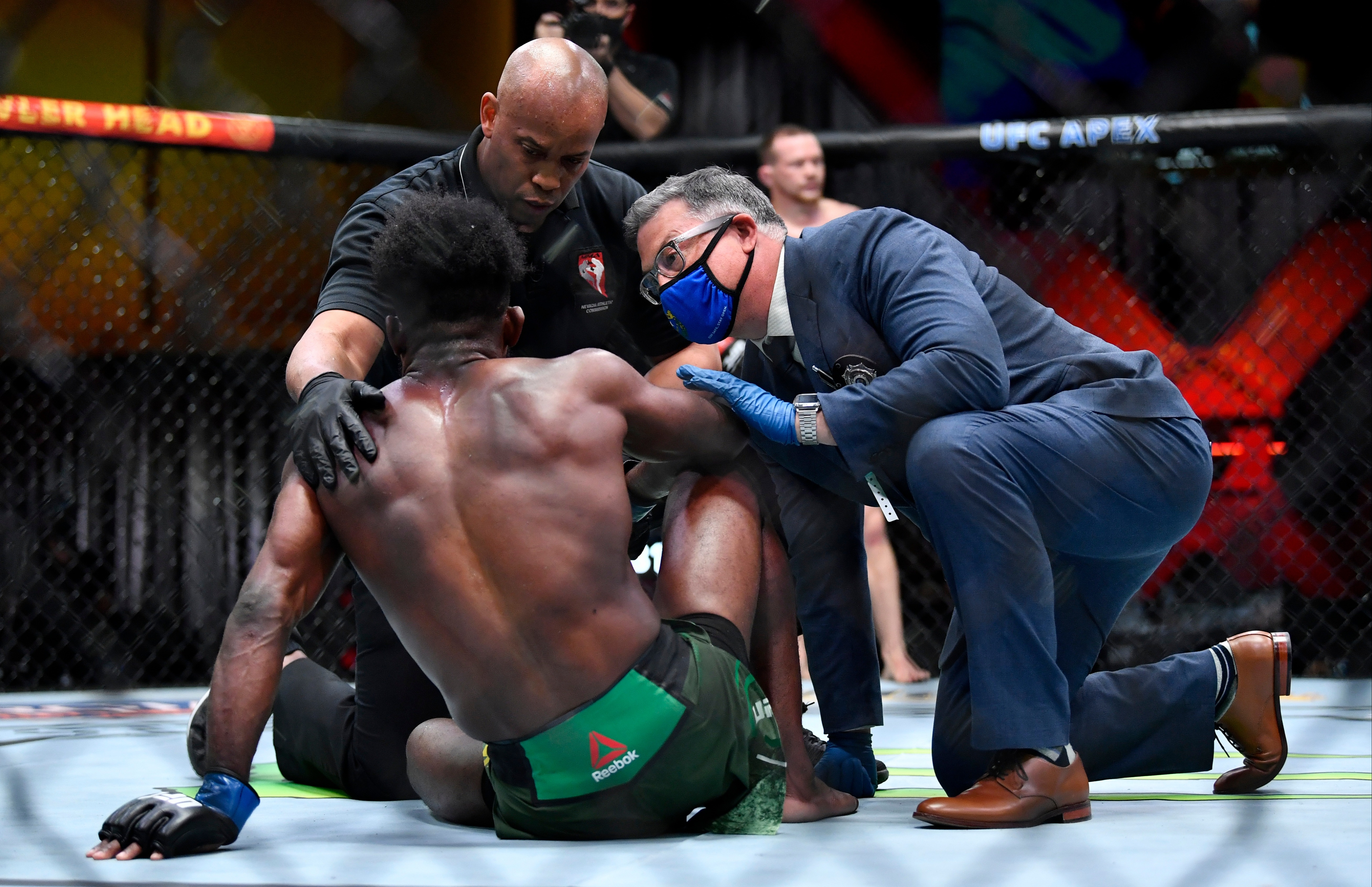 Aljamain Sterling struggled to make it to his feetCredit: Getty Images – Getty 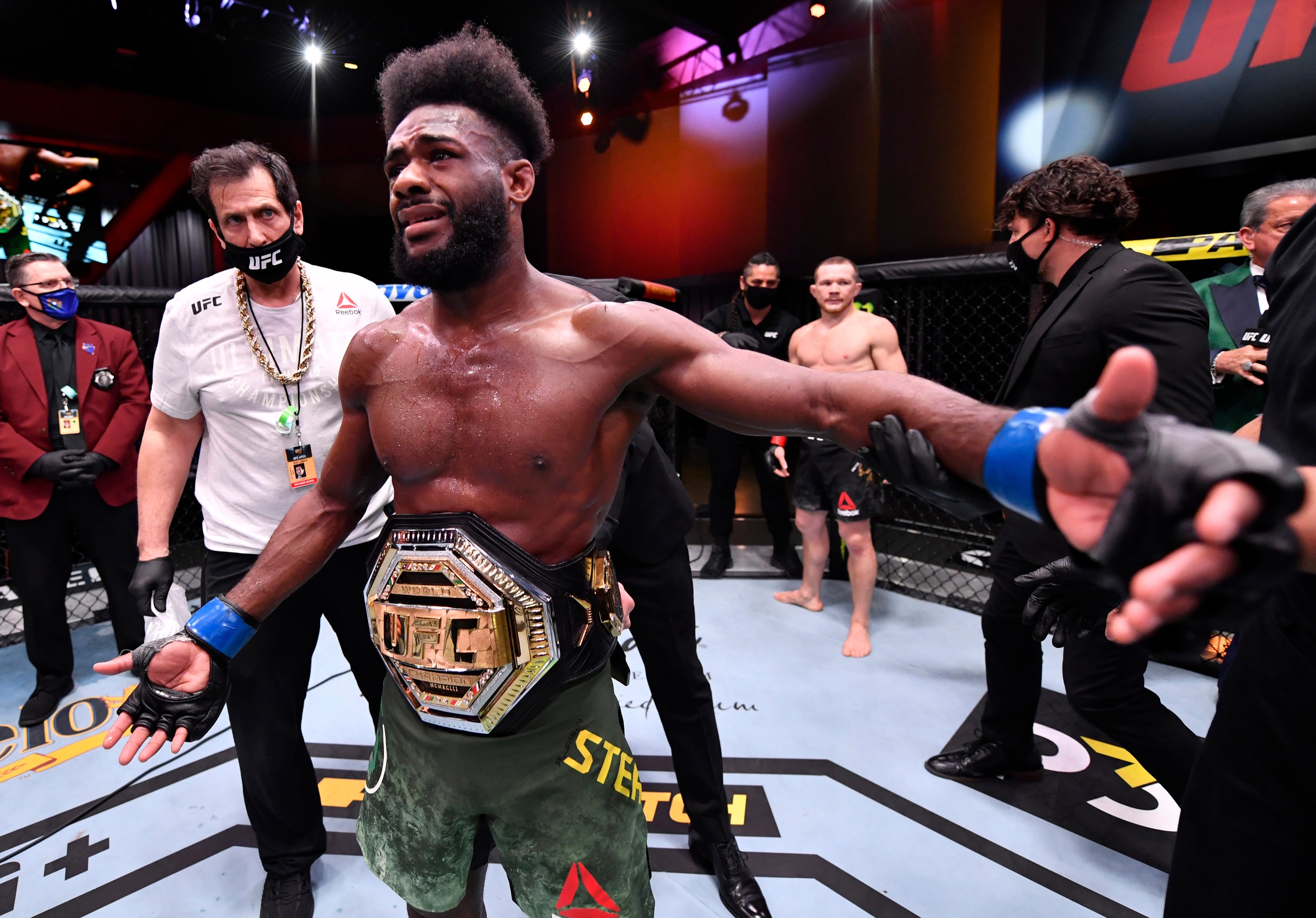