DIY SOS viewers were left in tears after a mum with heart conditions confined to her bedroom was finally able to access her whole house.

Nick Knowles and the team helped to change the life of mum-of-two Mandy McCreight, from  Bangor, County Down, in what has been dubbed the “most emotional episode ever”. 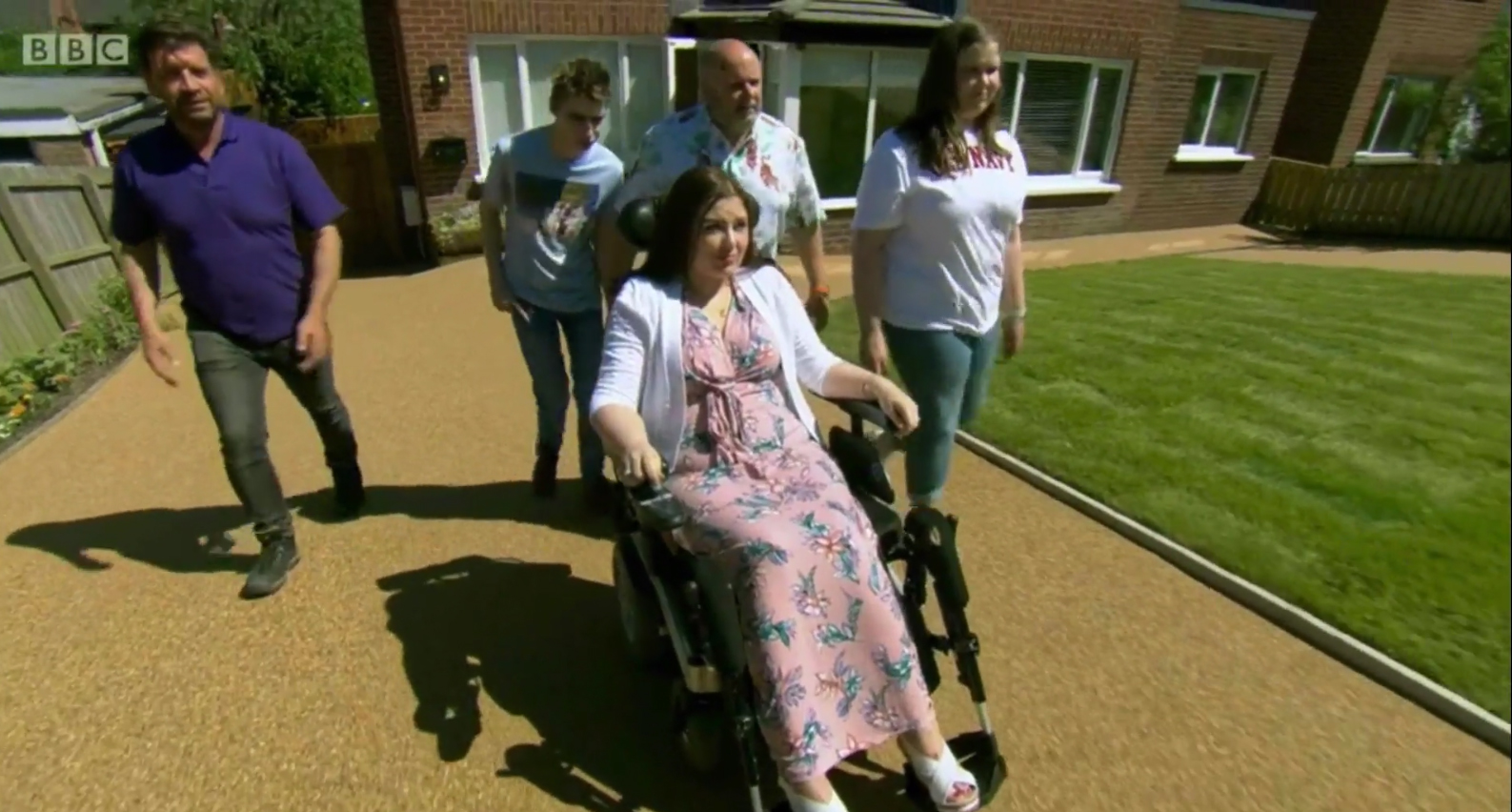 Mum-of-two Mandy McCreight was left emotional on last night’s DIY SOS after the team helped her access her whole house by changing the layoutCredit: BBC

For the past few years, Mandy has been confined downstairs, leaving her husband Davy, who is her registered carer, to juggle looking after her and their kids Ben and Kara, who also have health needs.

In a desperate bid to help improve their living conditions, wheelchair-bound Mandy sent off an application to the show.

She suffers from Ehlers-Danlos Syndrome, which affects the body’s connective tissue, and has a number of other health conditions affecting her heart and digestive system.

She didn’t expect her family to be accepted on the show, with the SOS crew arriving in the summer of 2019 – and changing their life in just nine days. 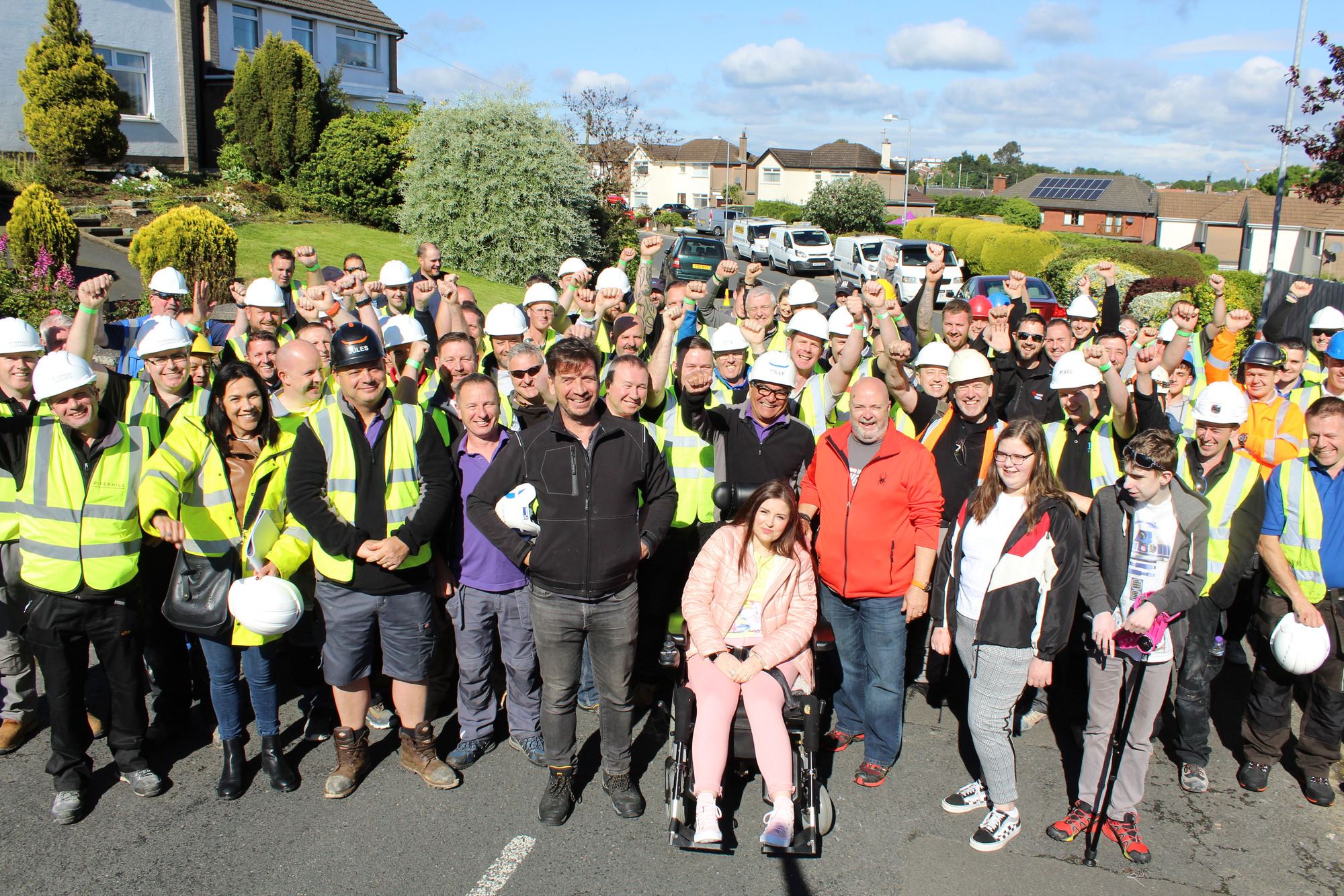 TV viewers hailed the BBC One episode the ‘most emotional’ one yetCredit: WARNING: Use of this image is subject to the terms of use of BBC Pictures’ Digital Picture 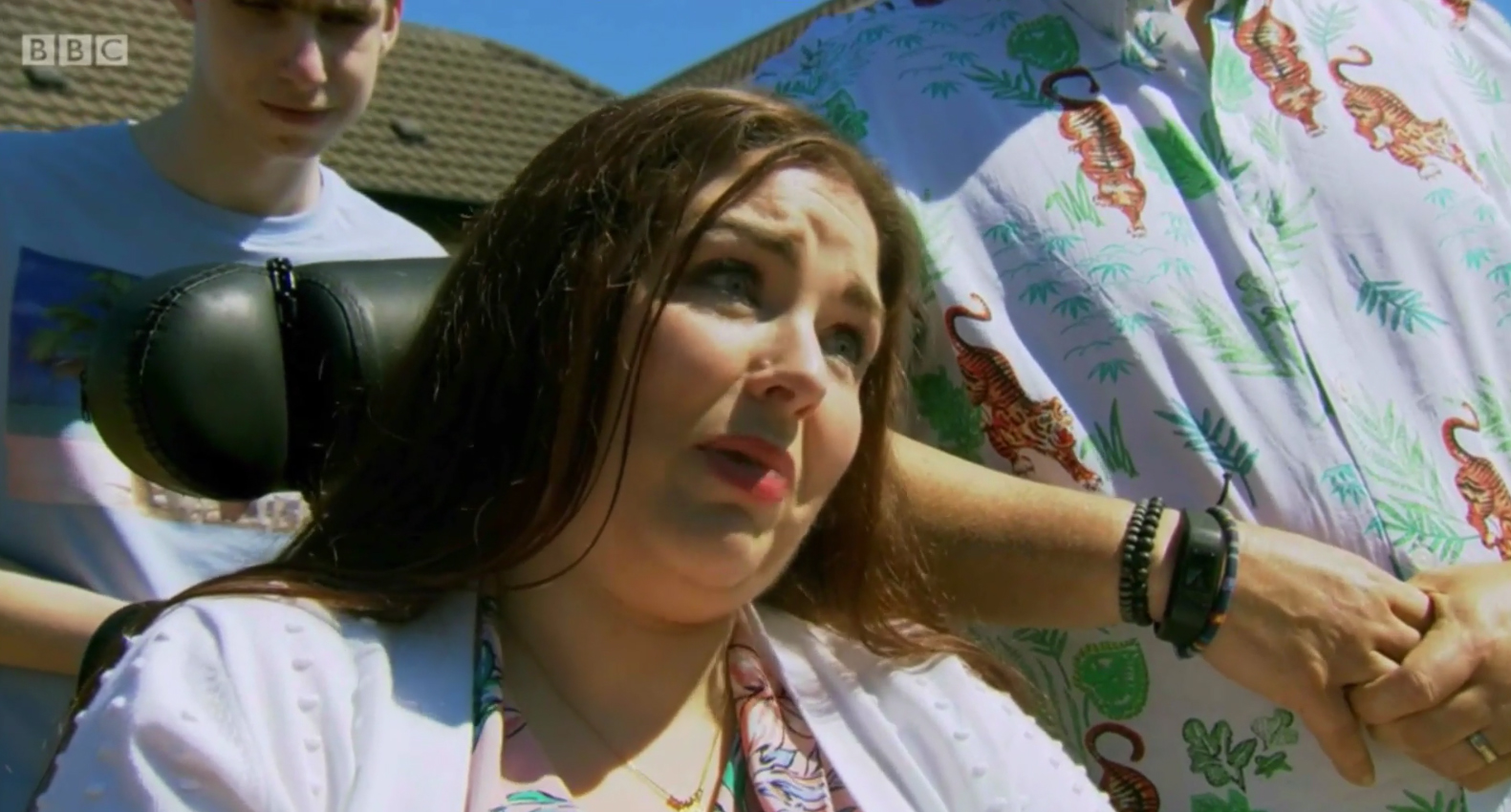 Mandy had previously been confined to her bedroom and wasn’t able to easily access upstairsCredit: BBC

Programme build manager Mark Millar, who was raised in the town but left about 34 years ago and now lives in Bristol, called the project his “proudest moment” of his building career.

Upon arriving at the house, he called the impractical house a “logistical nightmare”.

“It was very difficult but you know what, it was just an absolutely amazing challenge.

“We took a house that was totally unsuitable for Mandy and her family, and turned it into a home that will be there for the future and work for them in every way.” 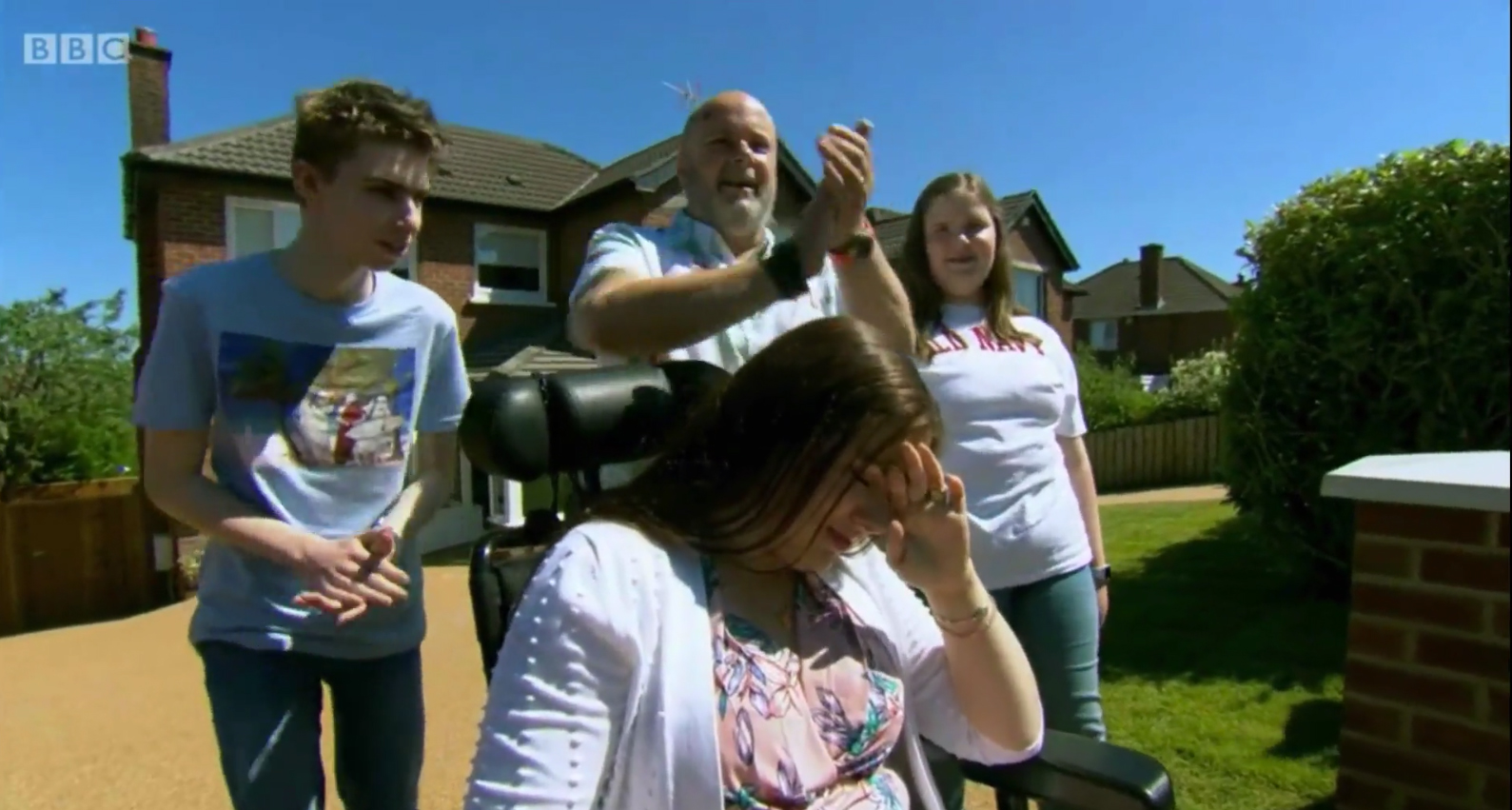 Mandy was left moved after the team’s effortsCredit: BBC

On last night’s show, which aired on BBC One, Mandy had admitted she felt “isolated” and had “completely lost hope” before DIY SOS came to the rescue.

She said: “Every avenue I’d went down to try and get our housing problems rectified, I just kept hitting brick wall after brick wall.

“I can’t manage the stairs, so the easiest thing for me to do was once I got up those stairs I just stayed there until I had to come back down them again, which meant I’d be staying up in my bedroom for weeks on end until I had to leave the house.

“The main problem was I wasn’t being a very good mum when I wasn’t with them.” 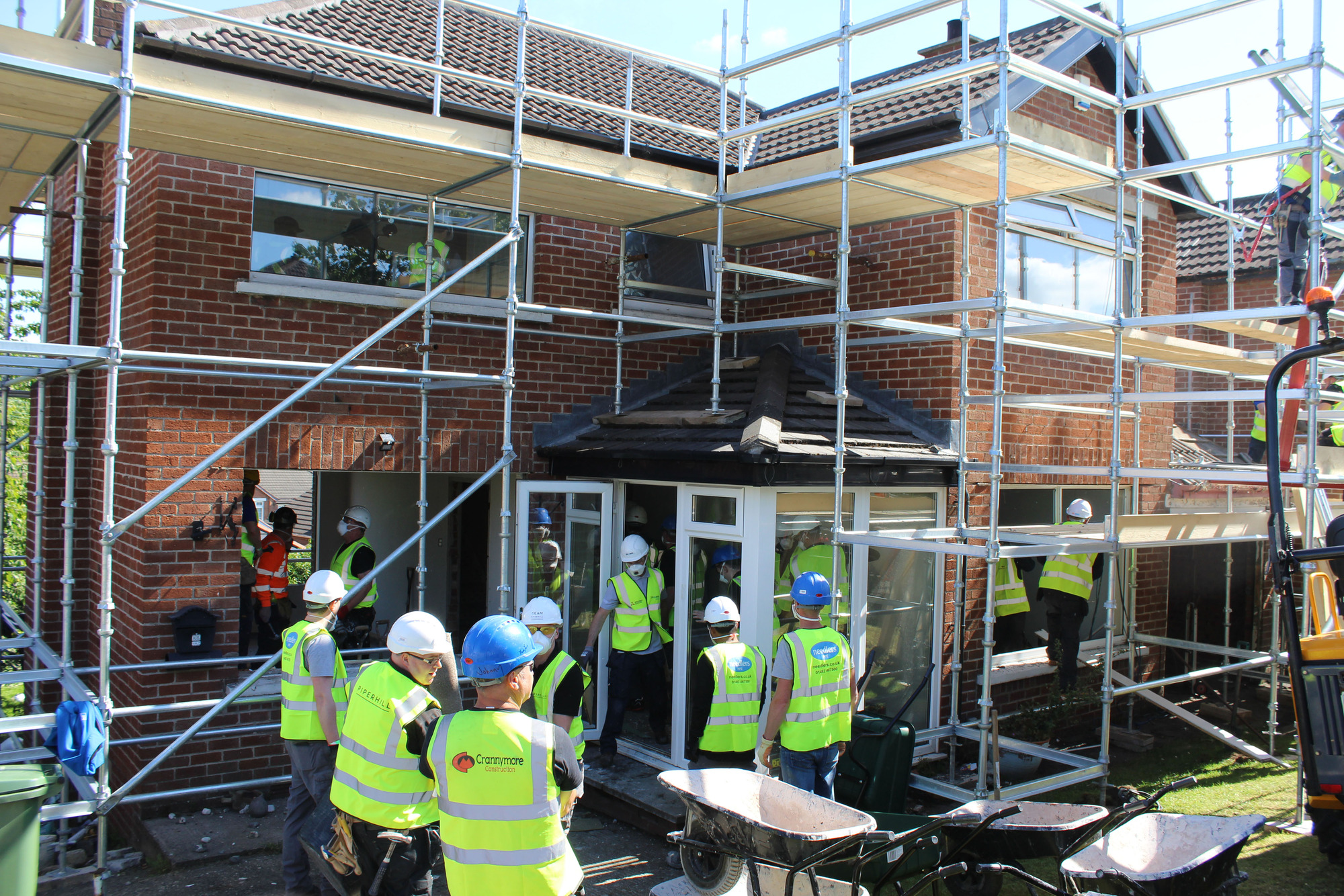 The team added a lift so Mandy could access upstairs, widened doorways and enlarged the kitchenCredit: WARNING: Use of this image is subject to the terms of use of BBC Pictures’ Digital Picture

The DIY SOS crew decided to reconfigure the home’s layout, making appropriate bedrooms and a wet-room with direct access for carers.

The home’s doors were widened and a new lift installed so Mandy could finally access upstairs easily.

The kitchen was also expanded to give the family more room and to allow for son Ben to develop his passion for catering with space for one-to-one supervision. 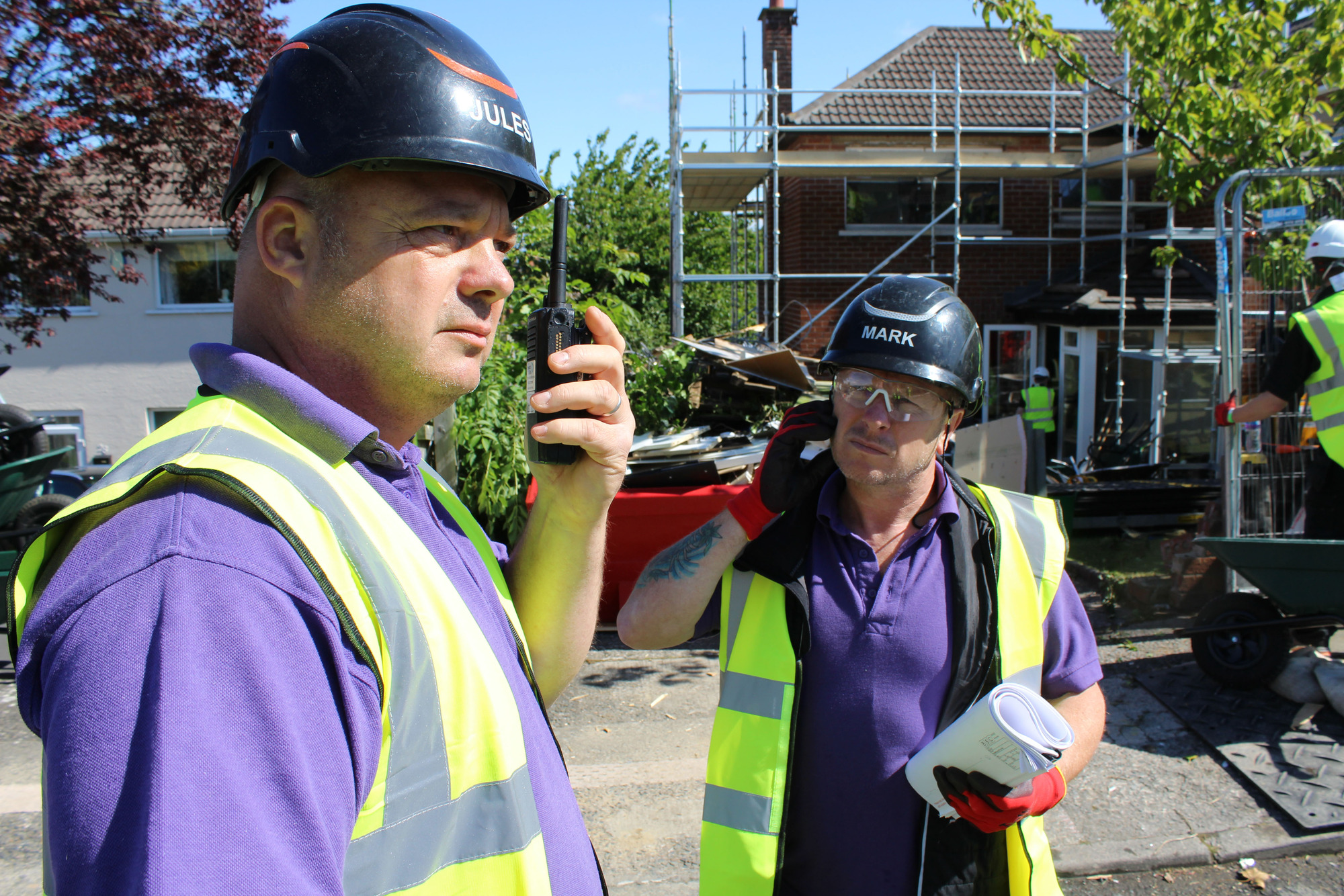 Programme build manager Mark Millar called the project his “proudest moment” of his building careerCredit: WARNING: Use of this image is subject to the terms of use of BBC Pictures’ Digital Picture

“Not only can I now access the whole house, the house is just absolutely stunning, it’s a pleasure to live here.

“The Bangor Big Build was a huge success because it changed my family’s life overnight, we’ll be thankful for the rest of our lives.”

Jeff always gets the tissues ready for me!

Another added: “Apart from us scots, the next best thing is the Irish accent. What a sincere family on #diysos just let a few tears go for Mandy and family. Thank you @MrNickKnowles and team for everything you do x.”

A third wrote: “Think that’s the most emotional I’ve been watching an episode of @DIYSOS. The big build. Was sobbing my heart out at the end. Total life-changing rebuild.”

Project manager Mark was also left fighting back tears at the project.

After wrapping up the building work, he warned volunteers: “I’m going to struggle to get through this.

“I left here 34/35 years ago with not a lot of hope. But you have all got into my heart and what you have done, what you have produced, the pride, the love that you brought to this build has been absolutely incredible.

“I think I’m the proudest man standing here today, so thank you to every single one of you.”

“When I got the message and I saw the email… I saw the postcode and I nearly passed out, it was like 400 metres from where I grew up.”

DIY SOS: The Big Build is on BBC One on Monday 22 February at 9pm and also available on BBC iPlayer.

And DIY SOS viewers break down in tears as volunteers extend home so critically-ill girls can get life-saving treatment.