DEIVESON FIGUEIREDO was rushed to hospital after his incredible draw with Brandon Moreno last night.

The Brazilian left on a stretcher after the Fight of the Year contender in UFC 256’s main event at the Apex Facility. 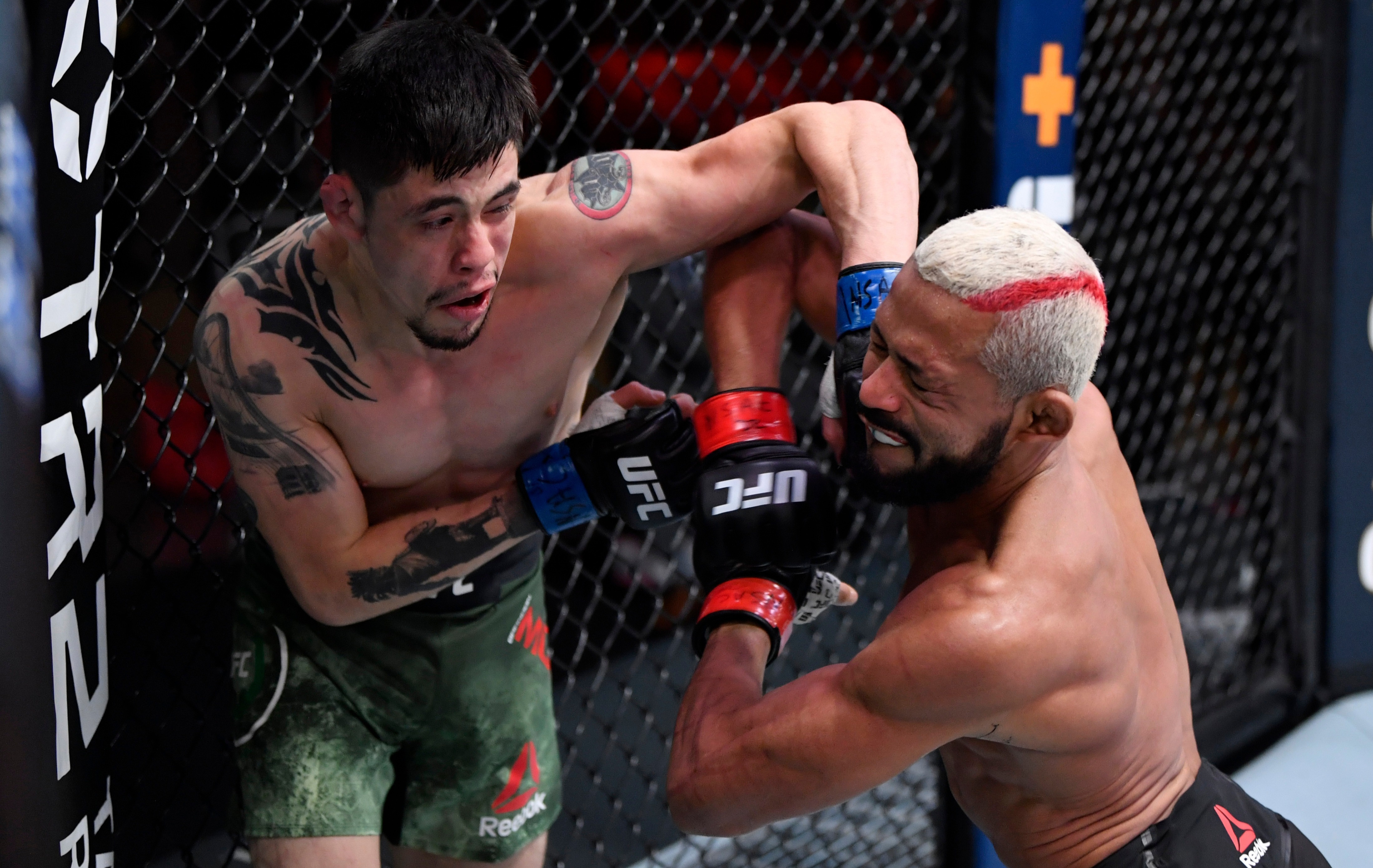 The short-notice flyweight title fight well and truly lived up to its billing, with both men trading heavy leather from the get-go.

Shortly after his post-fight interview, Figueiredo was taken to hospital to be looked over doctors.

Figueiredo was the aggressor in the first round, stalking the challenger and landing his right hand his ease.

Moreno, to his credit, more than held his own and returned fire with several power shots that appeared to gain the respect of the cocksure champion.

Figueredo maintained his ferocious pace and disdain for Moreno’s power in the second round, although the stanza was a lot closer than its predecessor.

The pendulum swung in the third round when Mexico’s Moreno began meeting the advances of ‘The God of War’ with forward pressure and power shots of his own.

An accidental low blow from Figueiredo saw referee Jason Herzog deduct a point from the Brazilian, a decision that ultimately ended up having a major effect on the outcome of the fight. 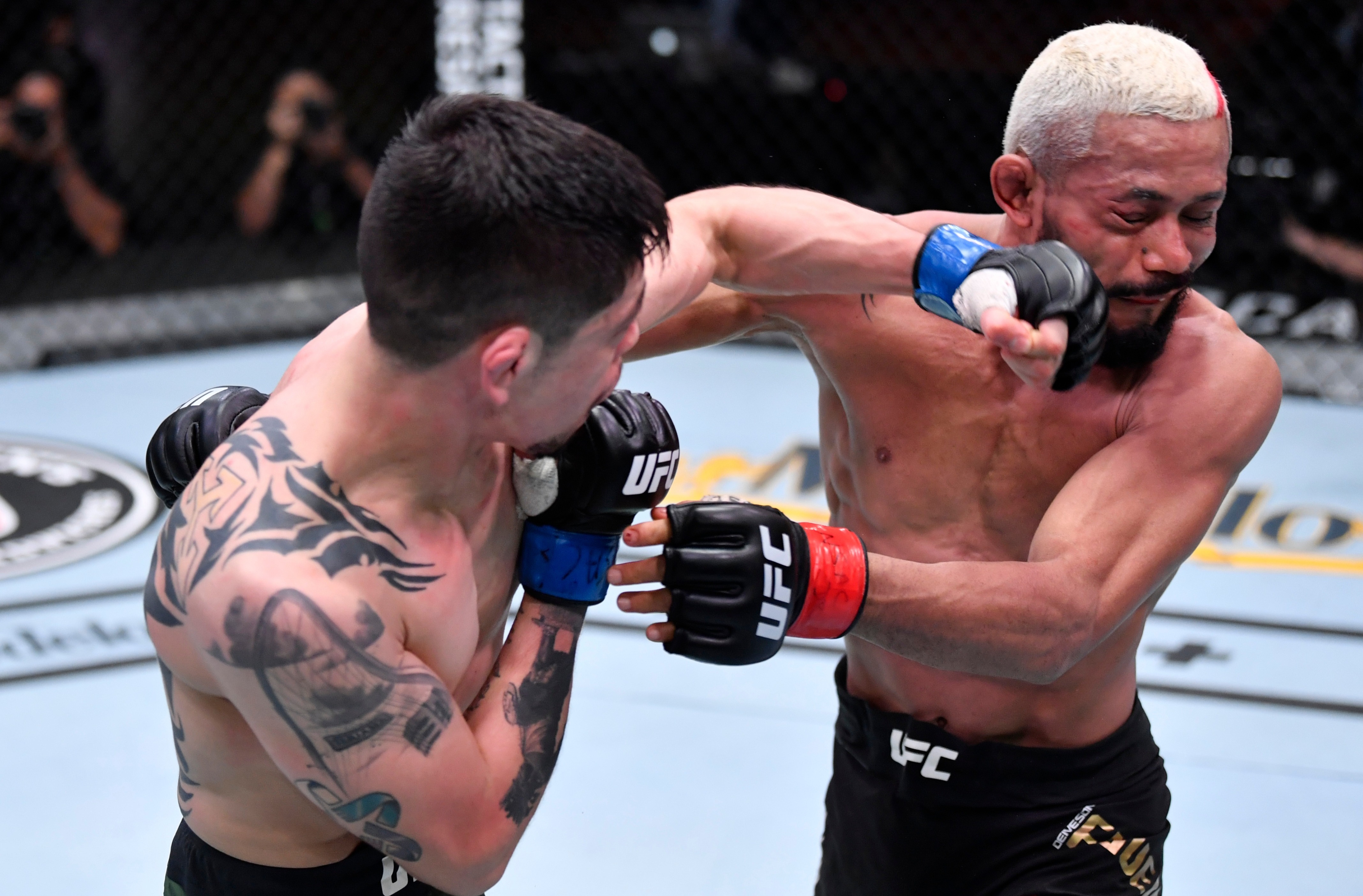 Deiveson Figueiredo was pushed to the brink by Brandon MorenoCredit: Getty

Moreno was badly hurt but recovered to mount an all-out assault in the fourth, in which he came close to ending Figueiredo’s reign atop of the 125lb division.

Figueredo was rocked by a huge head kick midway through the round and was almost put out by a succession a big left hands.

Moreno’s fatigue let Figueredo off the hook and proved to be his undoing in the fifth and final round, in which he allowed the champ to dictate the pace and get back into the contest.

As he awaited the judge’s scorecards, ‘The Baby Assassin’ appeared confident he’d be crowned the UFC’s first Mexican-born champion.

Moreno didn’t protest the decision in his post-match interview, although he did campaign for a rematch.

He said: “We need that rematch. I think so. For me, for Figueiredo, for the fans, for everybody. And for the sport, of course.”

Figueiredo – who was in the hospital with a stomach problem the night before his latest title defence – is open to giving Moreno a second crack at UFC gold. 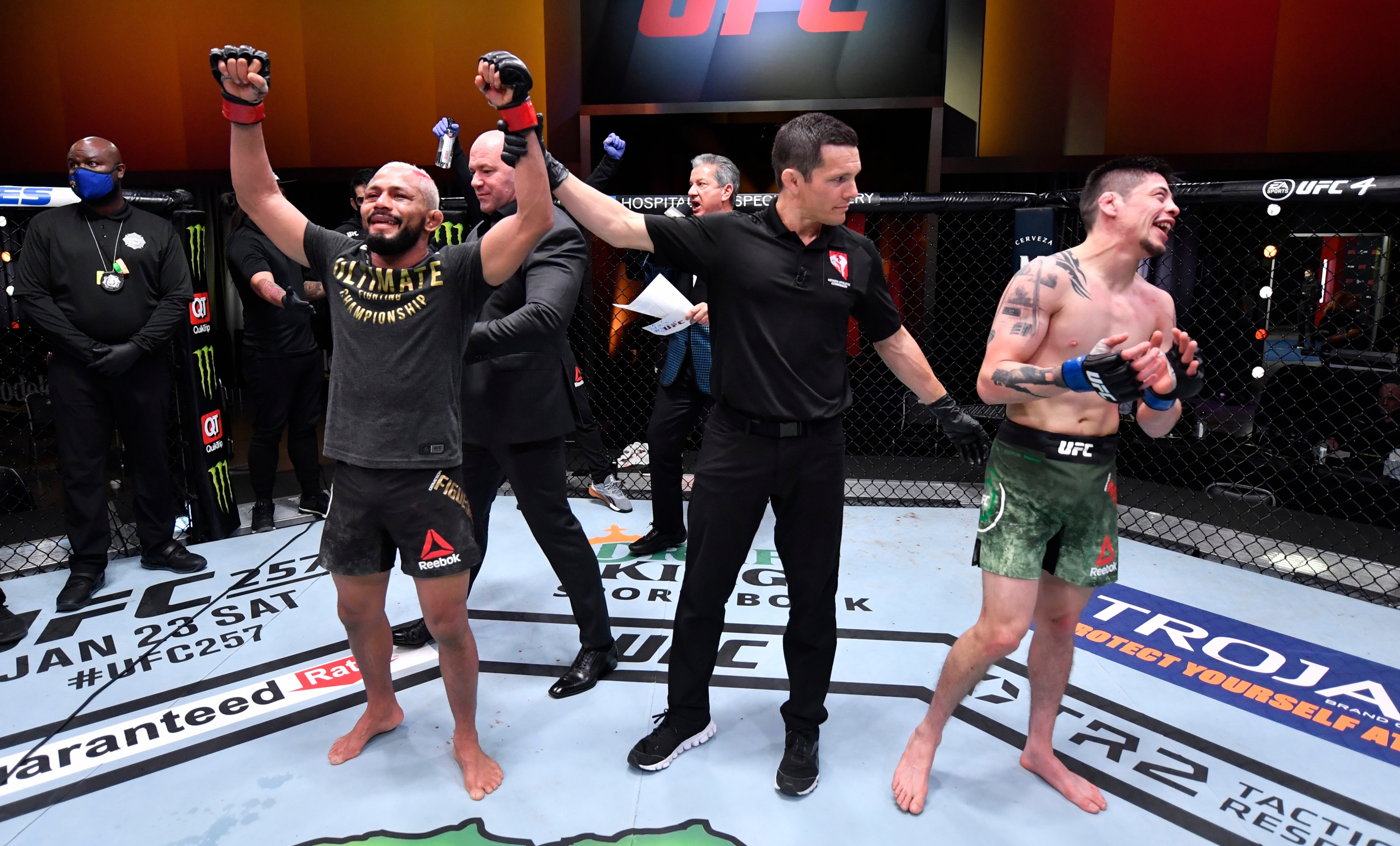 Deiveson Figueiredo retained his title via a majority drawCredit: Getty

He said: “If they want to put him in front of me for the next fight I’m open to that.”

The final pay-per-view card of the year well and truly delivered, with all but four of the ten contests going the distance.