FRESHLY engaged to Billy Fletcher, Dawn Taylor is excited to plan their big day but is stunned when her ex Alex makes his return.

She quickly becomes weary of the latter as he pleads with her to let him explain his latest actions, including his attempt at kidnapping their son Lucas.

Alex makes an unexpected return to the Dales but what does he want?

After jumping through numerous hurdles, Billy (Jay Kontzle) and Dawn (Olivia Bromley) are ready to take a leap of faith and finally tie the knot.

Since Billy asked for her hand, Dawn has been excitedly working at getting herself ready to say “yes”, even asking Harriet Finch (Katherine Dow Blyton) to be her maid of honour.

In an upcoming episode of Emmerdale, due to air next week, Dawn will eventually find her perfect venue when Kim Tate (Claire King) offers her Home Farm.

All is well for Dawn… until a familiar and unwelcome face returns to the village.

Dawn’s excitement is halted when her ex-boyfriend Alex (Liam Boyle) arrives in the Dales, amid her doomed wedding fears.

Yet, soon, an alarmed Dawn is approached by a pleading Alex who wants nothing more but a civil conversation with her about his previous actions.

Back in December, 2021, Dawn’s Christmas festivities were shaken up by Alex’s arrival in the village… just in time for serial killer Meena Jutla to stir up some trouble.

The nurse – portrayed by Paige Sandhu – has a fight to pick with Dawn and will even return to the Dales with revenge on her mind, as Billy put an end to their fling to patch things up with her.

Following an altercation with Dawn about the time he would have liked to spend with Lucas against her wishes, Alex was faced with Billy who soon spoke out in her favour.

Alex was then told by Meena that young Lucas was not safe while in Dawn’s care.

Later on, Dawn had a change of heart and she took Lucas to the park alongside Alex.

Meena persisted, approaching Alex to convince him to leave with Lucas and accusing Dawn of neglect.

Alex made a run for it with Lucas, leaving Dawn distraught and desperate to find her little boy.

Billy came to the rescue and found Lucas as he was being pulled into Alex’s van.

The events led up to Meena’s plan backfiring as Billy and Dawn reconciled.

The pair have been going strong as a couple ever since.

But what does Alex want from Dawn?

Is he back to make amends with the mother of his son?

As if Alex’s return wasn’t enough, Dawn also has to face Meena’s imminent return to the village as the serial killer plans revenge on both her and her fiancé Billy.

Will their wedding go forward without a hitch?

Tune in to ITV to find out. 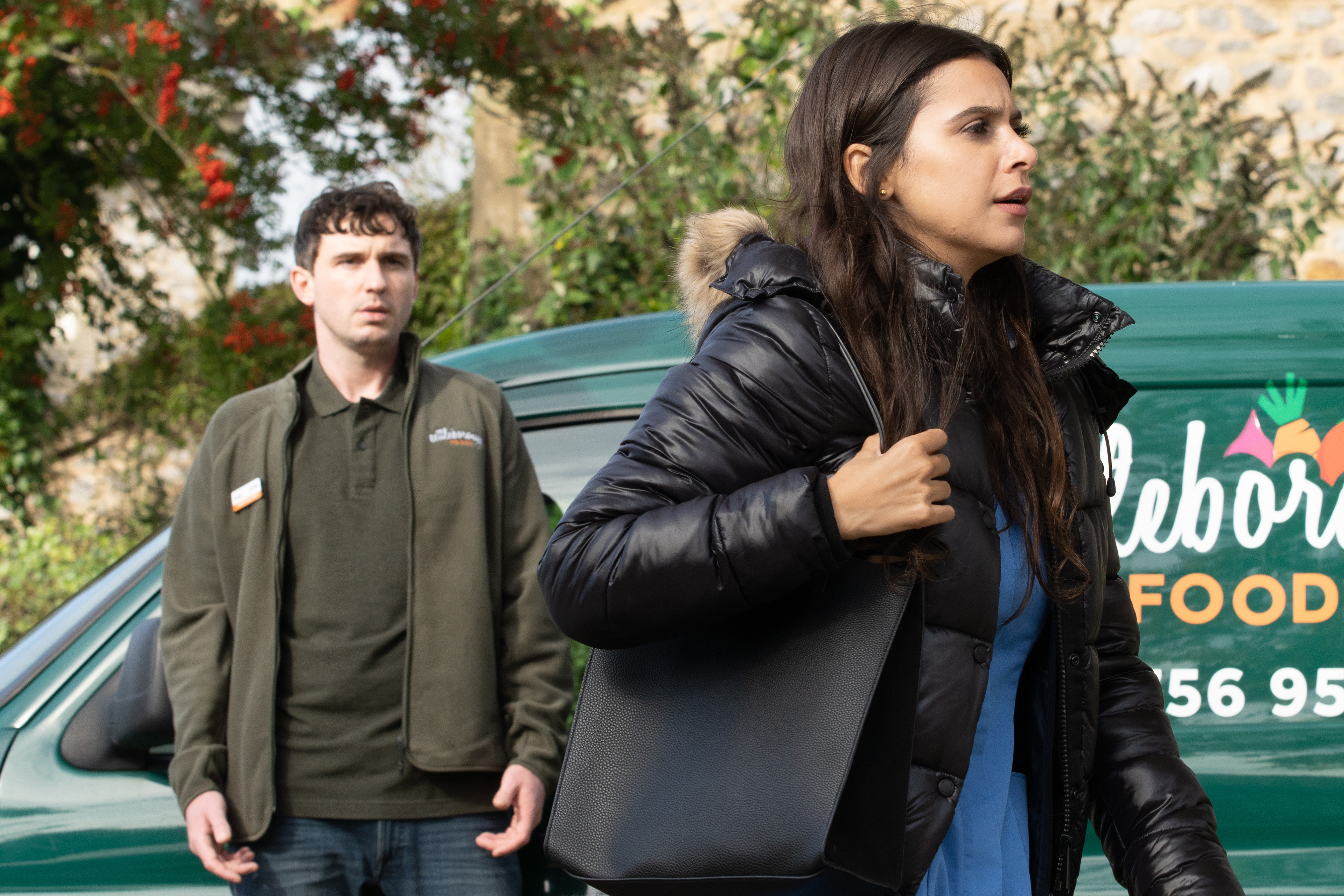 Alex previously tried to kidnap their son Lucas after being manipulated by a jealous MeenaCredit: ITV