PHIL NEVILLE has started ripping up his Inter Miami squad to help David Beckham realise his dream of challenging for MLS honours.

Miami boss Nev was locked in meetings over the futures of a large chunk of his underperforming squad last week which sources described to SunSport as ‘brutal.’ 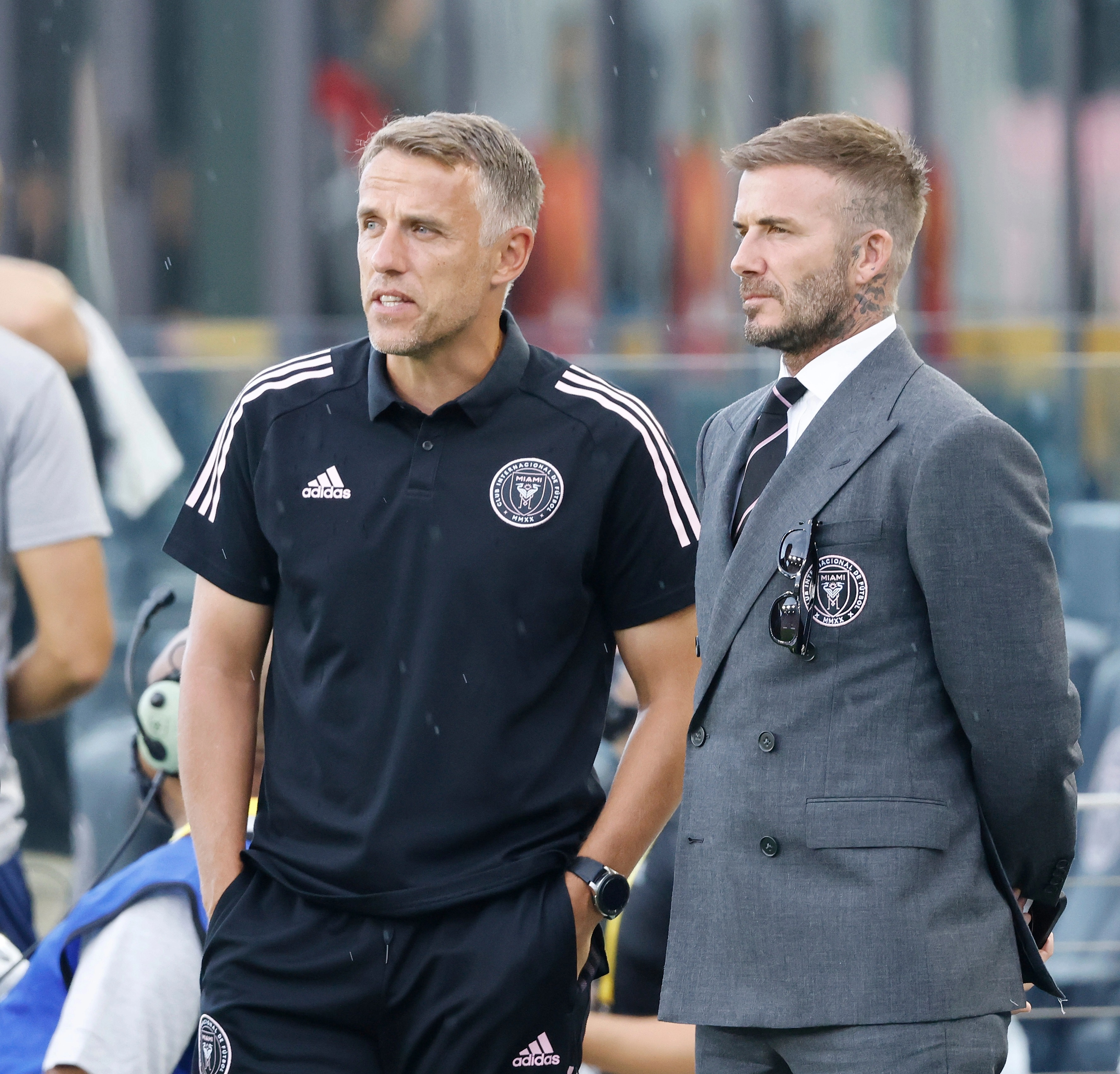 TEN players have been axed but the reduction in numbers is good news for son Harvey who is set to be promoted into the MLS team ahead of next season.

Neville had to act after Beckham‘s franchise failed to make the play-offs and although the cull was expected, ex-Stoke man Brek Shea and on-loan Aston Villa midfielder Indiana Vassilev are out of contract and could also leave.

Top earner Gonzalo Higuain has decided to go for one more year – he earns £5.2m annually – after considering packing in alongside brother Federico at the end of this campaign.

The former Real Madrid man, 33, will now see out his contract in south Florida while Ryan Shawcross surprisingly also stays – despite his first season being destroyed by injuries and a loss of form.

SunSport understands Shawcross, 34, is struggling with a back problem but wants to see out the remaining 12 months of his deal.

With the club being smashed by MLS bosses for a series of financial irregularities following the signing of Juventus midfielder Blaise Matuidi last summer, Neville had no option but to rip apart his squad and start again.

Beckham has promised Miami fans that youngsters will get a chance to prove their worth and with Harvey Neville impressing for Miami’s sister club Fort Lauderdale, the 19 year-old right-back is now poised to step up.

Nev told SunSport: ”He’s done well and although he has a lot of development to do, he is part of a group of eight to 10 players who we want to get involved with the MLS team.

“He is only young. There are ups and downs and many challenges ahead but he just has to keep up his attitude.

“We are a club which needs to produce its own players and we want to get this group on the pitch as soon as we can.”

Meanwhile, Beckham’s son, Romeo, will stay with Fort Lauderdale while Vassilev will speak to new Villa boss Steven Gerrard before deciding on his own future.

American Vassilev, 20, has impressed since arriving Stateside and could return, but Neville is eyeing a new creative midfielder and has been linked with a swoop for Brazilian Jean Mota who is currently at Santos.