MARVIN VETTORI has revealed Darren Till sent him an x-ray of his broken collarbone following their back-and-forth on social media.

The Italian Dream was supposed to throw down with the former welterweight title challenger on Saturday night in the main event of UFC on ABC 2, in which he’ll now lock horns with Kevin Holland. 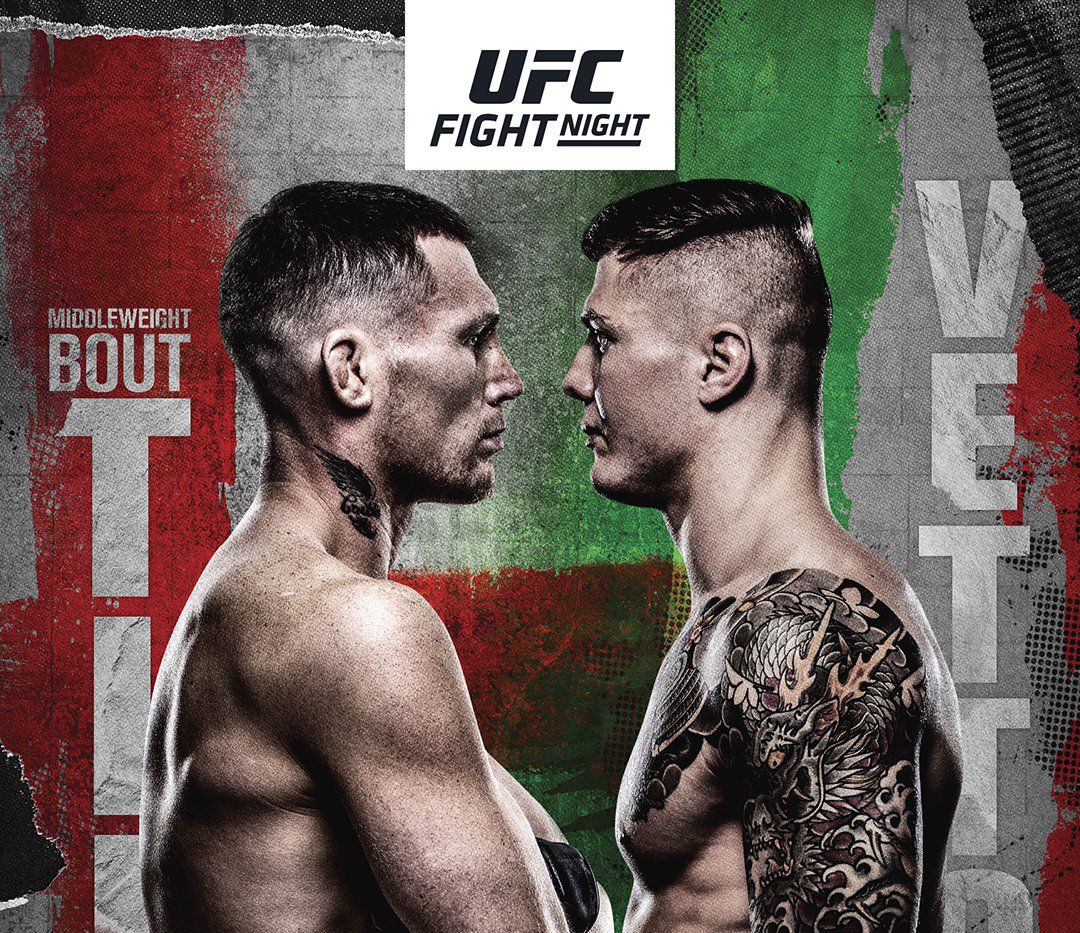 Darren Till and Marvin Vetrtori were supposed to clash this weekend at UFC on ABC 2Credit: UFC

A fractured collarbone ruled Darren Till out of his clash with Marvin VettoriCredit: Getty

A fractured collarbone, however, forced Liverpool’s Till out of the eagerly-anticipated contest and drew the ire of Vettori, who branded The Gorilla a ‘p***y’.

That irked fan favourite Till, who launched a blistering attack on the No.6-ranked Vettori on Instagram earlier this week before direct messaging him photographic proof of his latest injury.

Vettori told SunSport: “We actually had a really brief conversation where he sent me the picture of the x-ray. And I said, ‘Well, at least that. Yeah, okay.'”

Although the hatchet has been buried somewhat, Vettori still can’t help but be frustrated with the Scouser.

The 27-year-old continued: “I think he should’ve done that before. But still, the responsibility to show up was on him.

“So blame or not, the responsibility to show up was on him.

“This sport is not easy, we know that. We have to go through so much s**t to make it to fight day. But, you know, I did.

“I did throughout all this time where these other guys fell out. So I should expect the same because we’re elite.

“We’re not just amateurs, we’re not even like lower-level pros, we’re elite in this game.

“And that’s what elite does in this game; show up and fight. He didn’t.

“The responsibility is still on him and you can’t deny that.

“But it’s okay. I got another fight, my focus is already on another guy.

Marvin Vettori was irked by Darren Till’s withdrawal but has wished him a speedy recoveryCredit: Zuffa LLC

“So, Darren, just recover and we’ll see what’s up next.”

European mixed martial arts fans were relishing the prospect of two of their own going toe-to-toe to stake their claim for a crack at Israel Adesanya’s middleweight crown.

Vettori himself was looking forward to sharing the octagon with the Liverpudlian and is open to a future fight with the Team Kaobon standout.

But he doesn’t envisage the contest happening any time soon as he plans to move up the middleweight ranks with an ‘impressive win’ over the trash-talking Holland.

He said: “I would love that eventually, but not after this. After an impressive win – I mean who knows, man?

“This guy, if he broke it [his collarbone] the way he’s shown on the x-ray, that’s a dis-attached bone and that’s going to take a while [to heal].

“So it doesn’t even make too much sense of talking about this fight for a while. My focus is now really on Saturday.

“But the idea excites me, I was really looking forward to the fight.

“So definitely, but I don’t know if it could ever come to fruition [again].”