The Dane suffered a cardiac arrest during his country’s clash against Finland and Barcelona full-back Alves reckons the 29-year-old should be recognised as a result. 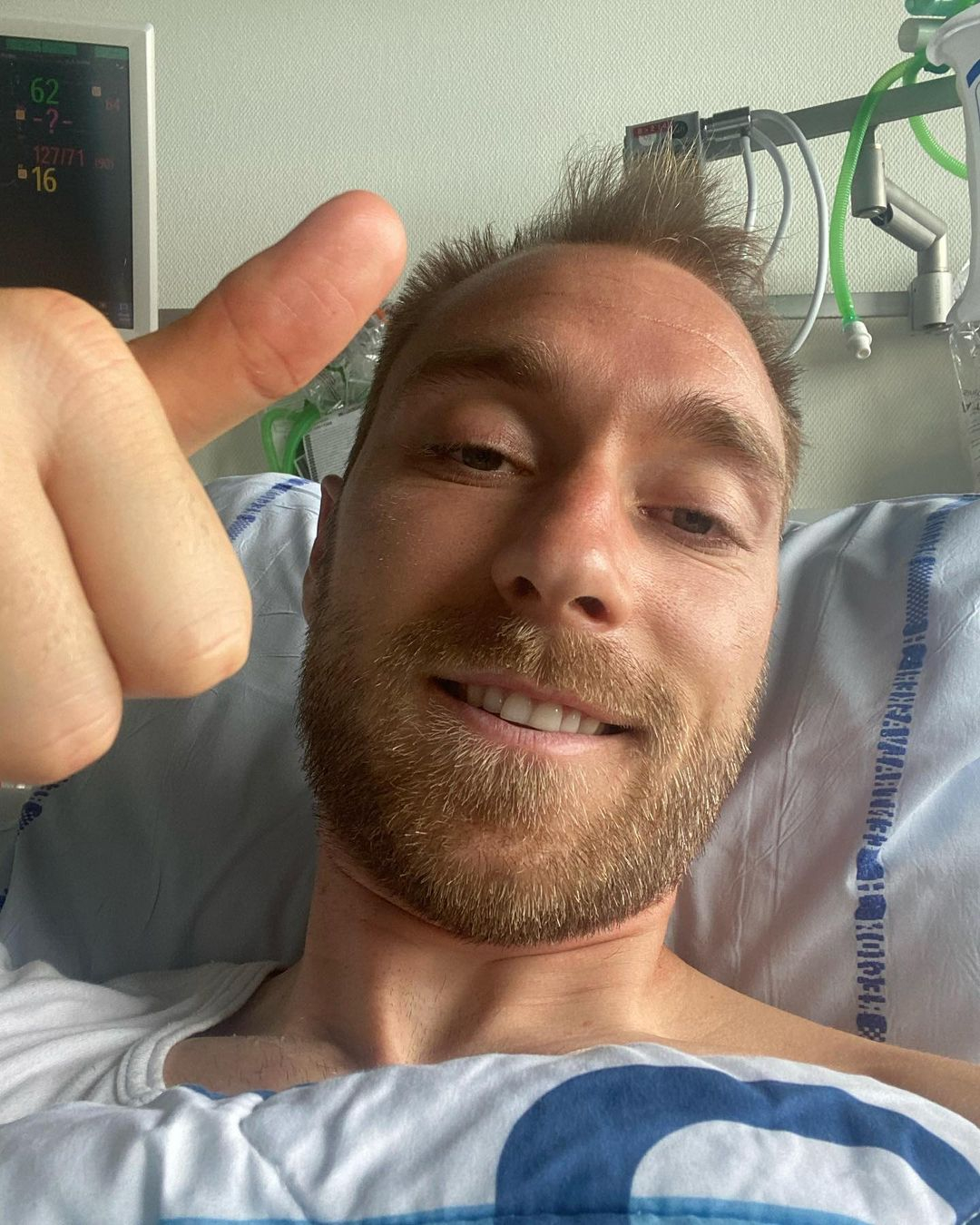 It comes after the Dane suffered a cardiac arrest on the pitch during Euro 2020Credit: Instagram @chriseriksen8

Lionel Messi is one of the favourites to scoop the prestigious award.

But his old Barcelona team-mate Alves – who has recently returned to the Nou Camp – says those voting should look elsewhere.

He said: “I think Eriksen would deserve the Ballon d’Or this year because of what he has been through.

“It would be a strong message for the whole football world, people would have more sensitivity.

“Messi is the best, he has been for 20 years, but it would be nice for everyone if Eriksen won it.

“I think on this occasion there was a chance to send a message to the world and to young people to say that football is much more than a Golden Ball, a ‘The Best’ or anything people can imagine…

“It is a risk that we run every time we are on the pitch, something can happen at any moment.

“I have had team-mates who died playing football.

“People, when these things happen, must have more sensitivity.”

Elsewhere, Cristiano Ronaldo has broken his silence after opting to skip the ceremony.

The Manchester United star, 36, has won five Ballons d’Or during his glittering career – one behind his arch-rival Messi.

Earlier this week, Pascal Ferre, the editor in chief of France Football – organisers of the prestigious award – claimed Ronaldo had revealed to him his only career goal was to win more Ballons d’Or than Messi.

But Ronaldo has hit back with a fiery statement on Instagram, saying Ferre ‘lied’ to ‘promote his publication’.