DANCING On Ice’s Matt Evers was left furious as a fan reported his naked photo for “sexual solicitation” to Instagram.

The professional skater shared a sexy snap of him sitting completely naked on a wooden stool to celebrate his 45th birthday.

Despite keeping all the important bits covered, the picture was removed from Instagram – leaving Matt furious.

He’s now uploaded an altered version with a T-shirt and shorts emoji over the top.

Matt captioned the pic: “Thanks to whoever reported this photo as sexual solicitation… ? #boring I’ve put some clothes on now. #birthdaysuit”

Matt and Faye lost out to Sonny Jay in the finalCredit: Rex

Meanwhile judge John Barrowman said: “You got it Flaunt it. It’s pure prudishness and jealousy. Tell them to FO. Jb ❤️❤️❤️❤️”

Matt and celebrity partner Faye Brookes narrowly missed out on winning the show to Sonny Jay on Sunday.

Fans accused the show of being a fix as Faye was a fan and judge favourite. 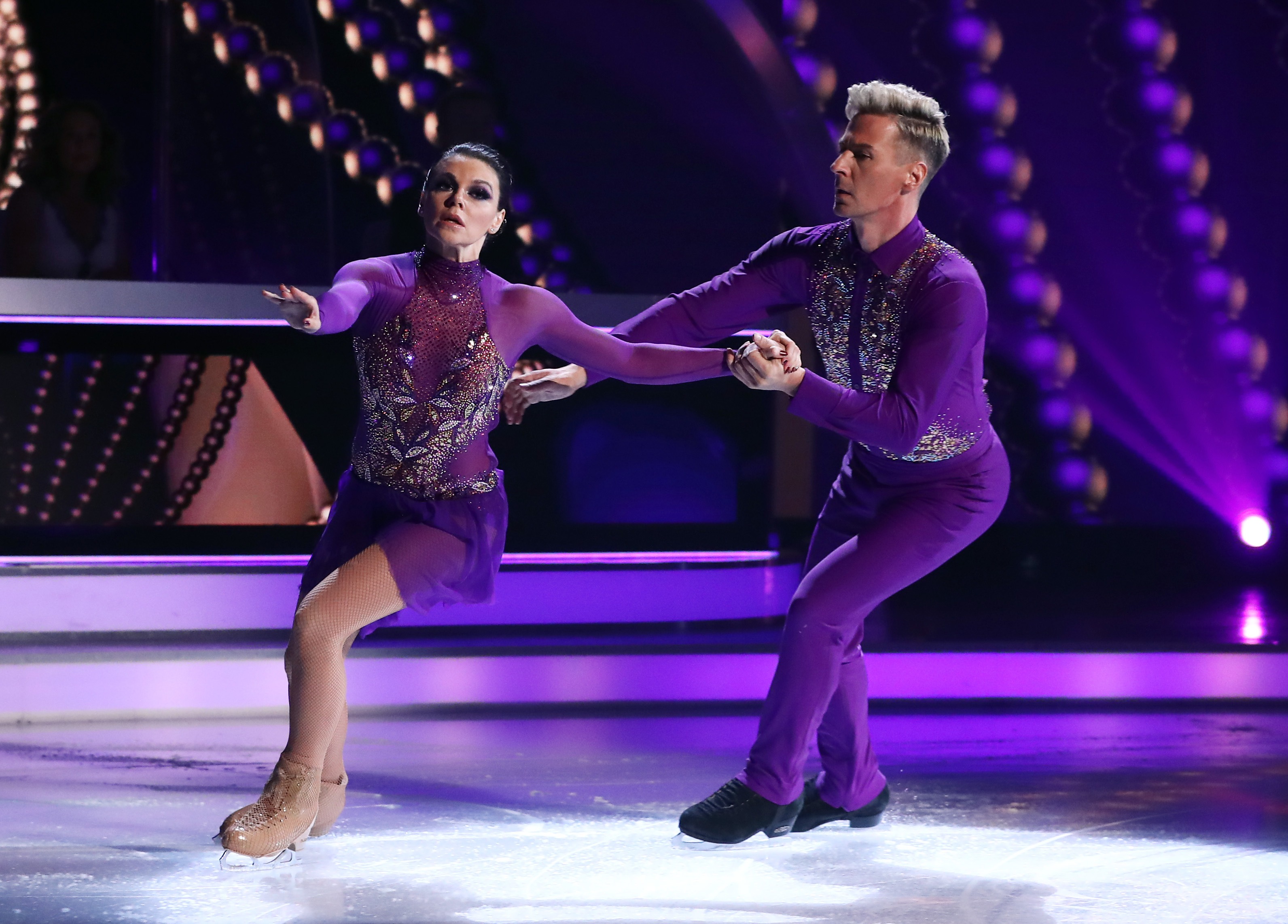 Fans accused the result of being a fixCredit: Rex

But Matt told The Sun earlier today: “Faye said Sonny deserved to win. We don’t feel robbed at all. Faye just wanted to do the bolero and get to the final.”

Matt added: “Sonny was the underdog. I called it from the start that he would win too. The final could have been anybodies. Colin was fantastic too.”

The Sun revealed fans flocked to Twitter to call the show a ‘fix’ after bookie’s favourite Faye, 33, lost out on the trophy to popular DJ Sonny.

It wasn’t just fans who were stunned, but Gemma Collins was also outraged.

Matt, who partnered up with Gemma two years ago when she famously went crashing down on the ice and broke the internet with her fall, said: “Gemma called me last night and said ‘You were robbed!’

“She told me straight. It’s so sweet that so many people have said that.

“It was honestly a dream to do the bolero as a tribute to Torvill and Dean. We wanted it to be authentic to them, and we loved every minute of it.

“Christopher Dean was emotional about it afterwards too and told us it was perfect.”