CRISTIANO RONALDO is set for a humiliating stint on the bench, with his future still in doubt at Manchester United.

The star, 37, missed the tour of Bangkok and Australia for family reasons and has played just 45 minutes since then, in Sunday’s draw with Rayo Vallecano.

Cristiano Ronaldo will start the season on the bench for Man UtdCredit: Getty

That is not enough for boss Erik ten Hag to start him in their Prem opener at home to Brighton on Sunday.

Ten Hag wants to stick with the front three of Jadon Sancho, Anthony Martial and Marcus Rashford that served him so well on the pre-season tour.

That means even when Ronaldo is up to speed he could be benched.

And it will not go down well because he was furious in March when interim boss Ralf Rangnick dropped him for the derby away to Manchester City. 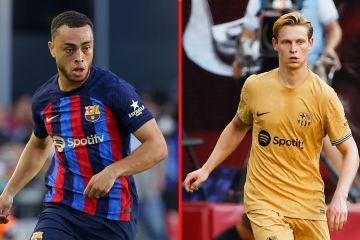 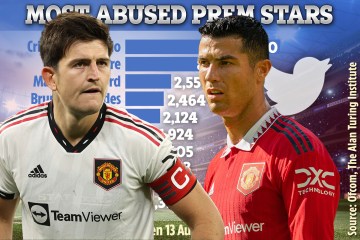 Rangnick told Ronaldo he would be an impact substitute in the game, which United lost 4-1.

But an angry Ronaldo then developed an injury and flew off to Portugal.

On Sunday, the former Real Madrid striker had a touchline tiff with Ten Hag during a break in play against Vallecano.

He was then the only player subbed at half-time.

And he left Old Trafford with team-mate Diogo Dalot, who was not in the squad, around ten minutes before the match finished rather than attend Ten Hag’s post-match debrief in the changing rooms.

Ronaldo wants out just 12 months after his return from Juventus.

United are refusing to sell or even name a price for the player, who has a further 12 months on his deal with the option of an extra year.

His frustrated agent Jorge Mendes has told the club he has a deal in place if they will say what they want for him.

United refuse to budge while Ronaldo is desperate for a move to go through by the end of the week.

The club also confirmed Tom Huddlestone, 35, as player-coach for the Under-21 team.

He will succeed Paul McShane.