A BLIZZARD slammed Colorado, Wyoming and Nebraska, putting 7million people under winter weather alerts and leaving thousands without power – a day after a twister ripped through Texas.

Storm Xylia, which the National Weather Service described as “historic and crippling,” pummeled the central Rocky Mountain area with heavy snow and wind on Sunday. 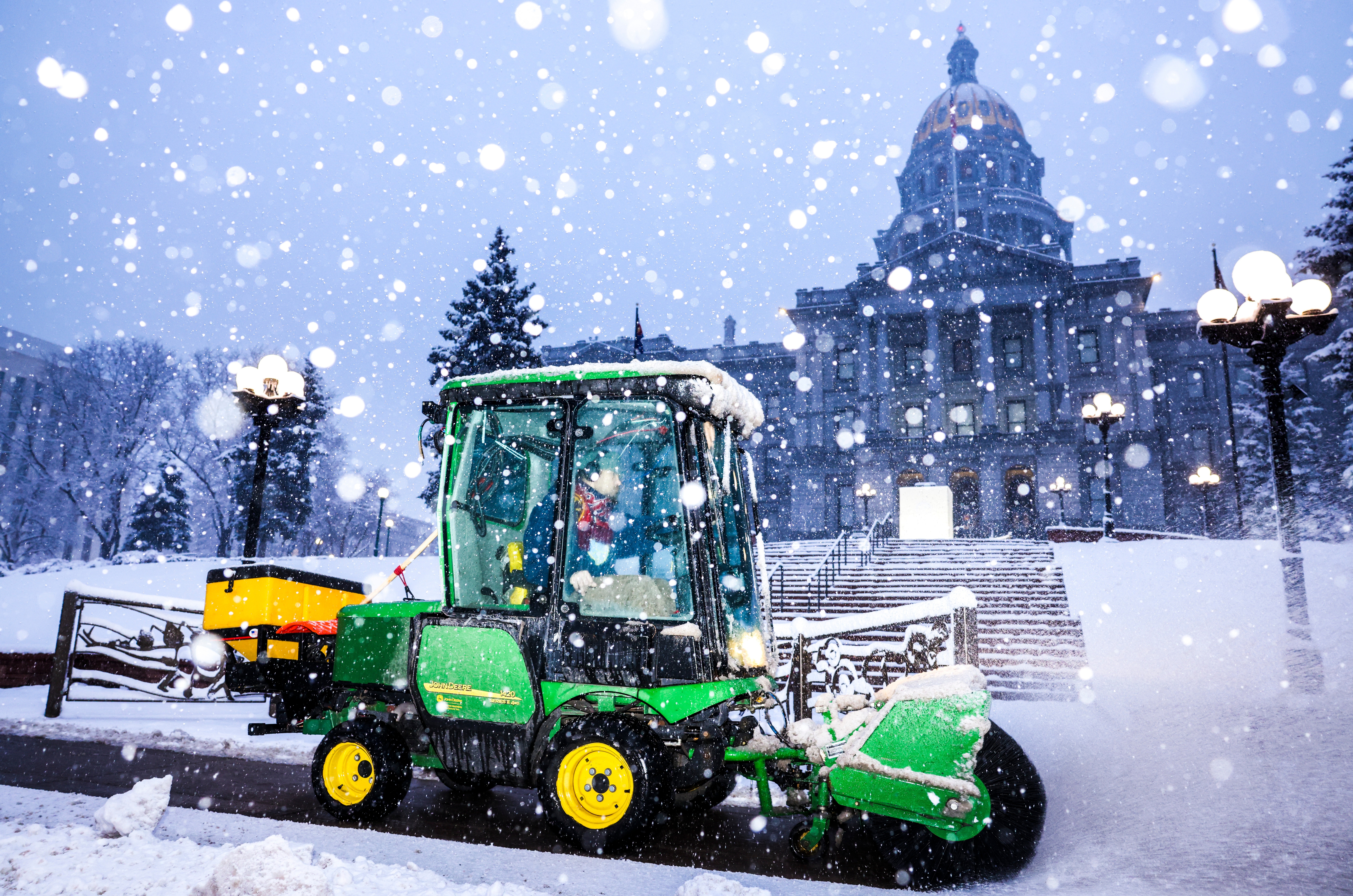 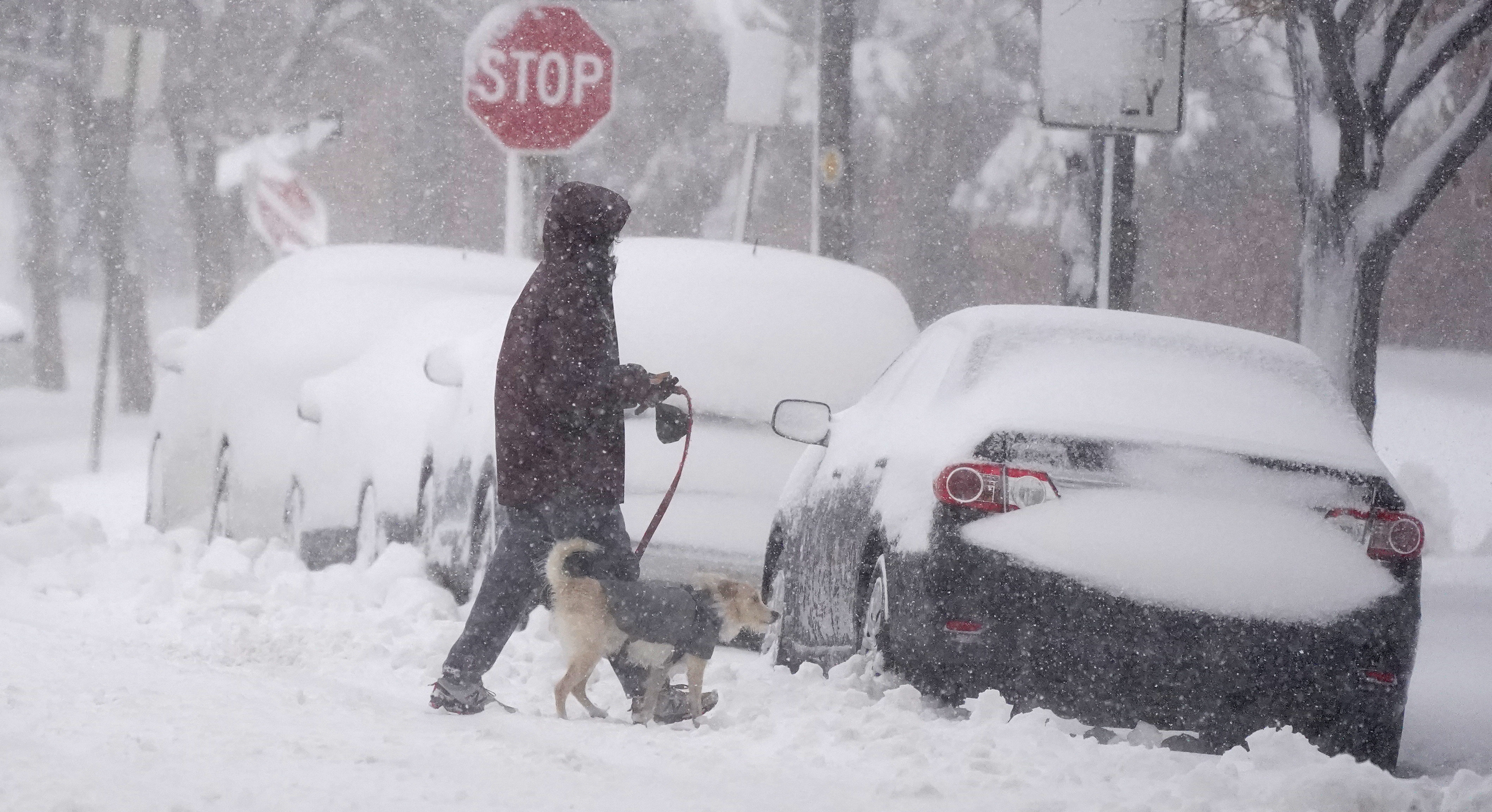 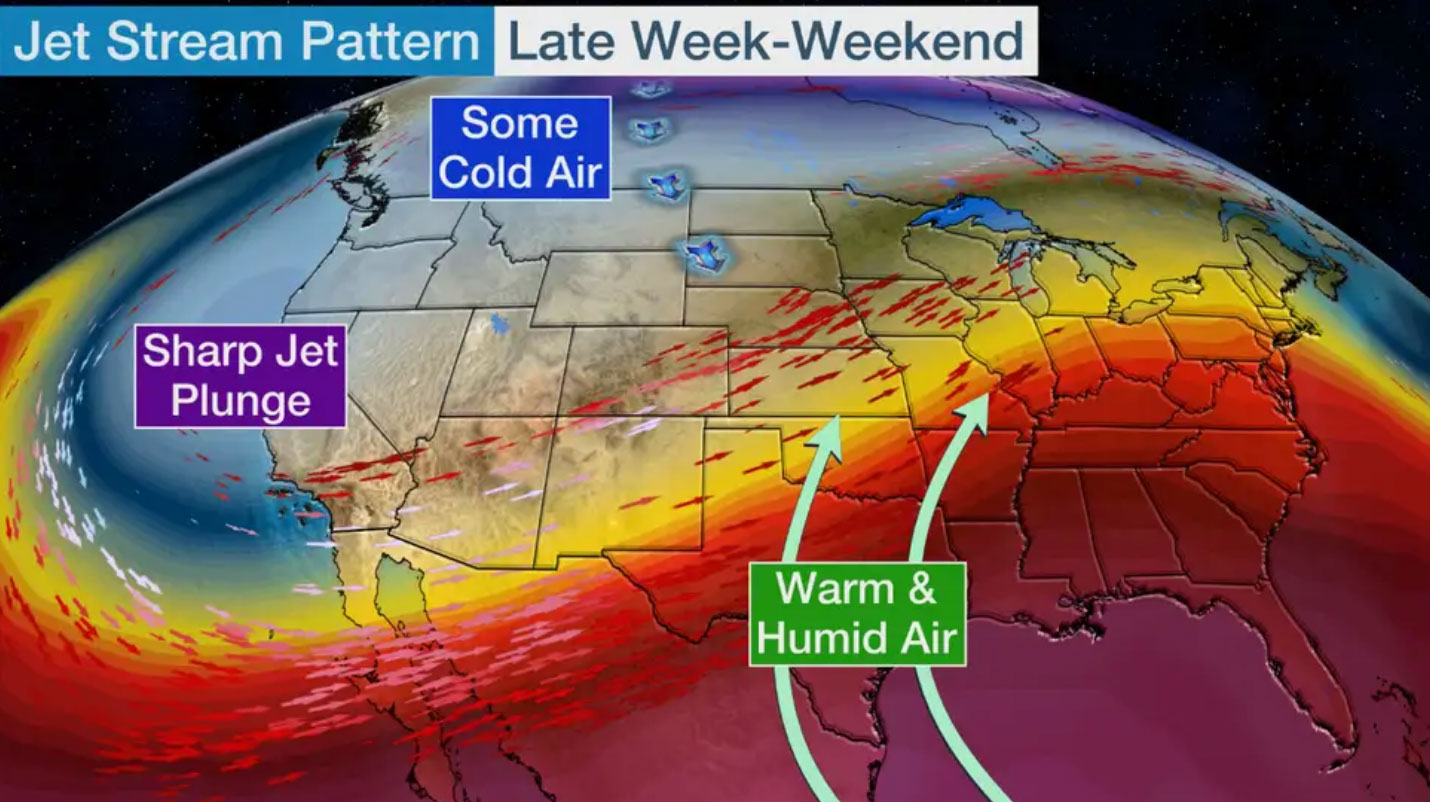 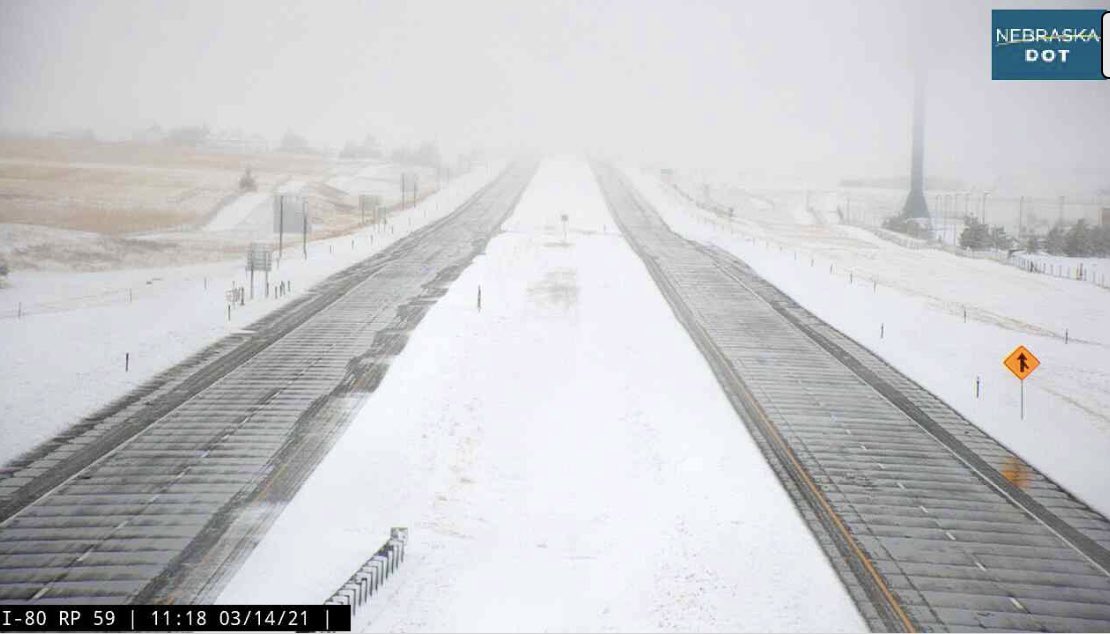 There was intense snowfall in Nebraska this weekendCredit: Twitter @NEStatePatrol 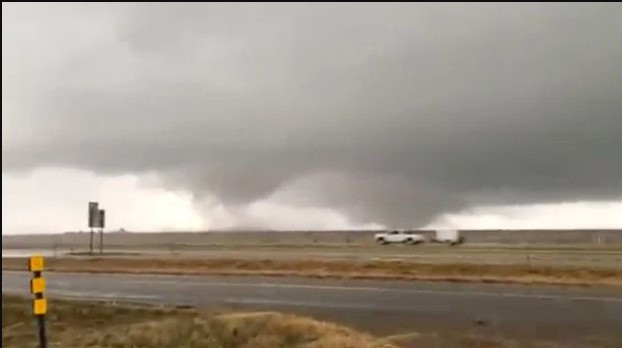 The wild weather has led to airport and road closures, power outages and even avalanche warnings in Colorado when the tempest hit the Rockies and western Plains.

Millions of Americans were under on winter weather alerts and about 300,000 were under blizzard warnings by Sunday morning, while 32,000 were left without power, reported WSVN.

Yesterday afternoon, Denver International Airport had recorded 19.1inches of snow with more expected, making it the second snowiest March day the area has on record, according to the Associated Press.

By Sunday night, Aspen Park – which is about 25 miles south west of the Mile-High City – recorded 32.9 inches of snow, reports say.

Elsewhere, in Cheyenne, Wyoming, there was a a whopping 25.8inches of snow that afternoon.

Major highways in Wyoming were shut down, and plowing even had to be suspended in the Casper area on Sunday because snow was so heavy and visibility so poor. 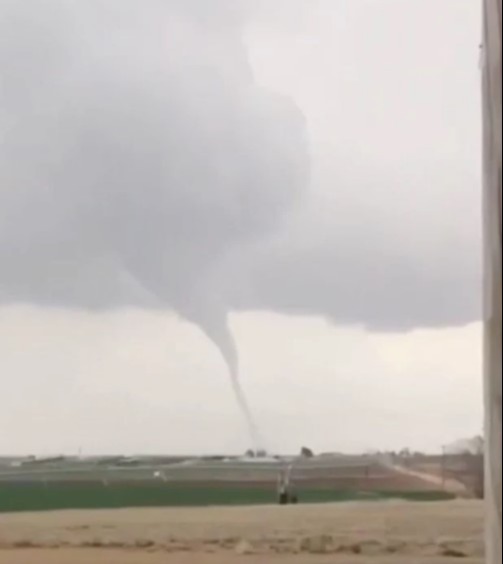 Violent twisters touched down in Texas on SaturdayCredit: Twitter, @ka_ruhh

“We had several plows drive off the roadway due to limited to zero visibility,” the state’s Department of Transportation said.

Officials said Denver International Airport, which is the fifth-busiest airport in the US, was forced to close all six of its runways after the intense snowfall by lunchtime on Sunday.

Around 2,000 flights were already canceled this weekend – with 1,346 of them axed on Sunday alone, officials said.

As 45mph winds battered eastern parts of the state with, the NWS issued a blizzard warning for about 90 miles, from Fort Collins to Castle Rock, which extended to the Denver metropolitan area.

About a foot of snow had fallen there by 12pm as Frank Cooper, a National Weather Service meteorologist in Boulder predicted another eight inches by nightfall. 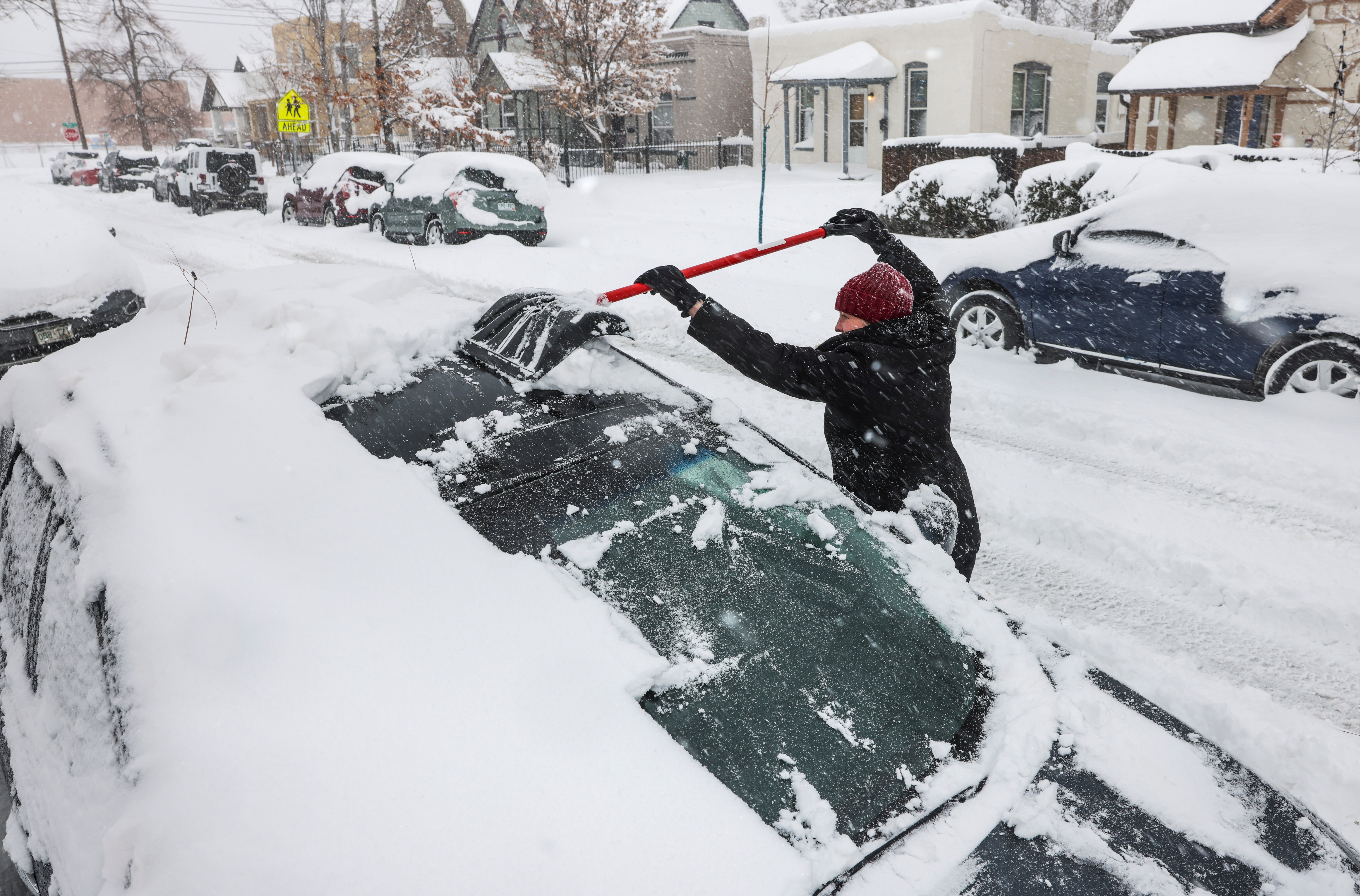 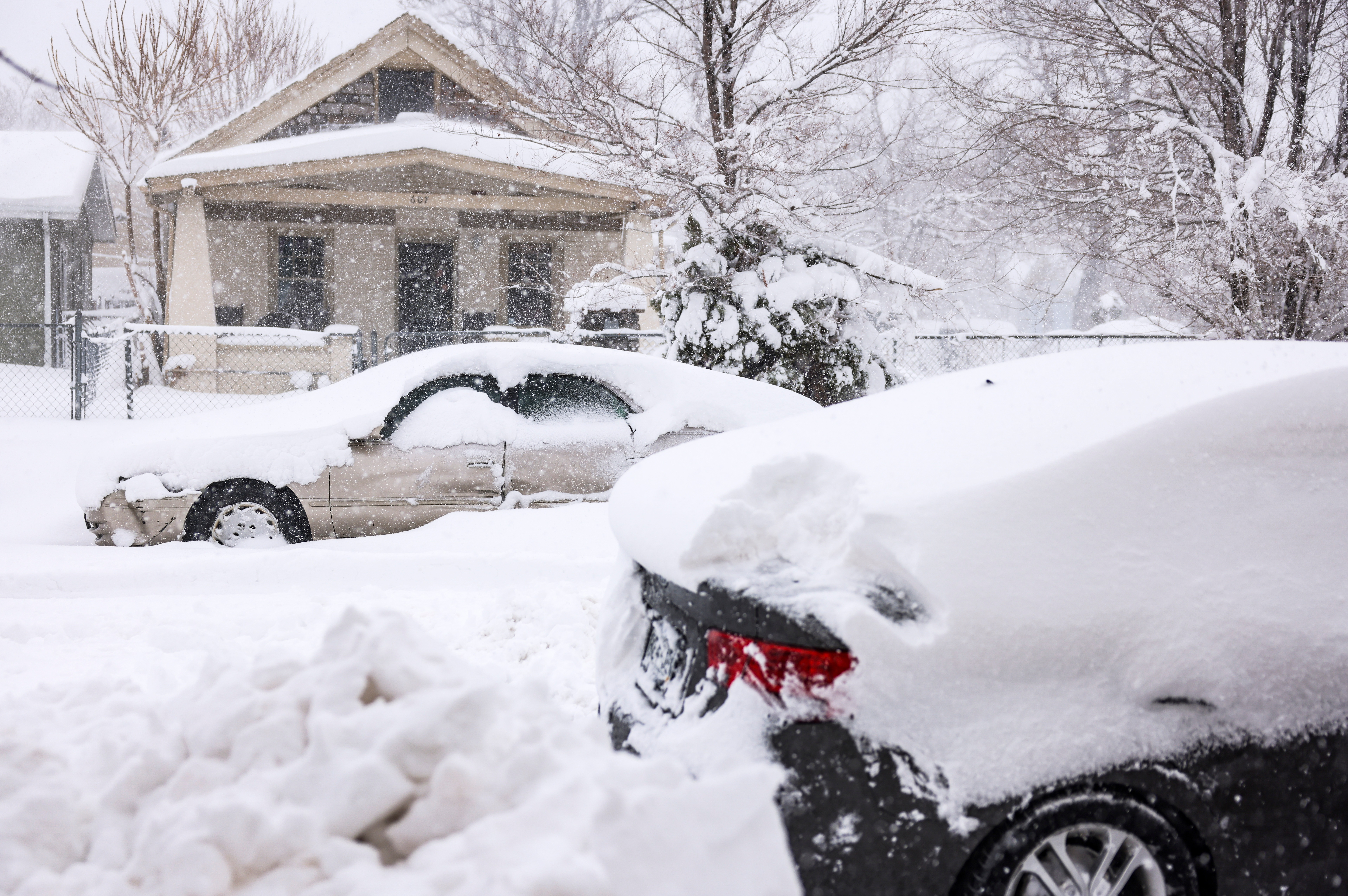 Cars are buried under snow in Denver, ColoradoCredit: Getty Images

Elsewhere, when Aurora homeowners lit a fire in the hearth, a blaze broke out and two adults escaped after being rescued.

Captain Tom Johnson of Aurora fire department warned people to sweep their chimneys regularly and monitor any lit fires to prevent incidents like this from happening.

Meanwhile, Interstates 70 and 25 were shuttered on Sunday afternoon in Colorado, while Interstate 80 was also shut off in parts of Wyoming and Nebraska.

Boulder, Colorado had recorded 8 to 12 inches of snow, with snow still coming and a blizzard warning in effect through midnight. 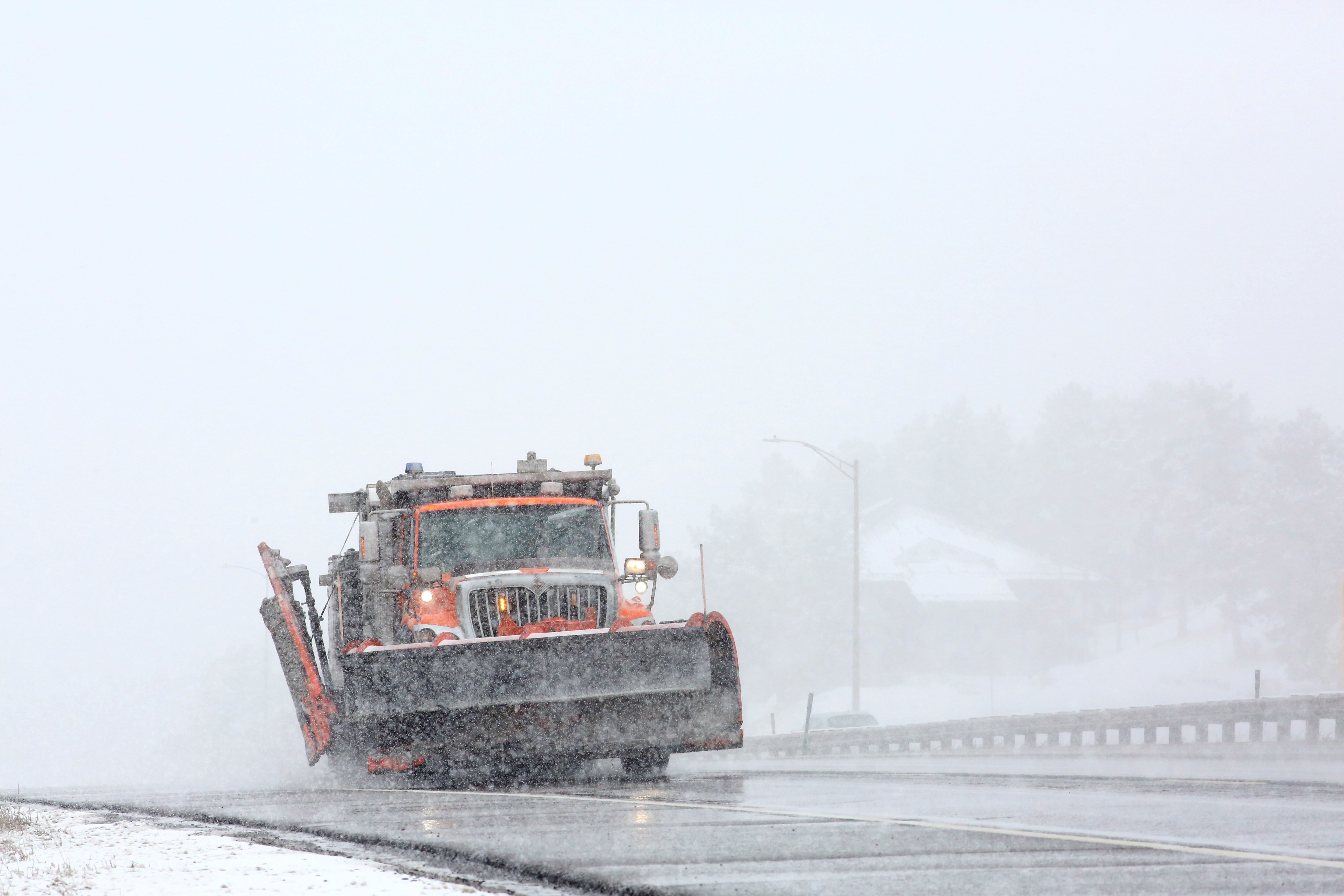 A snow patrol in Colorado as the state braces for further snowfallCredit: KEVIN MOHATT 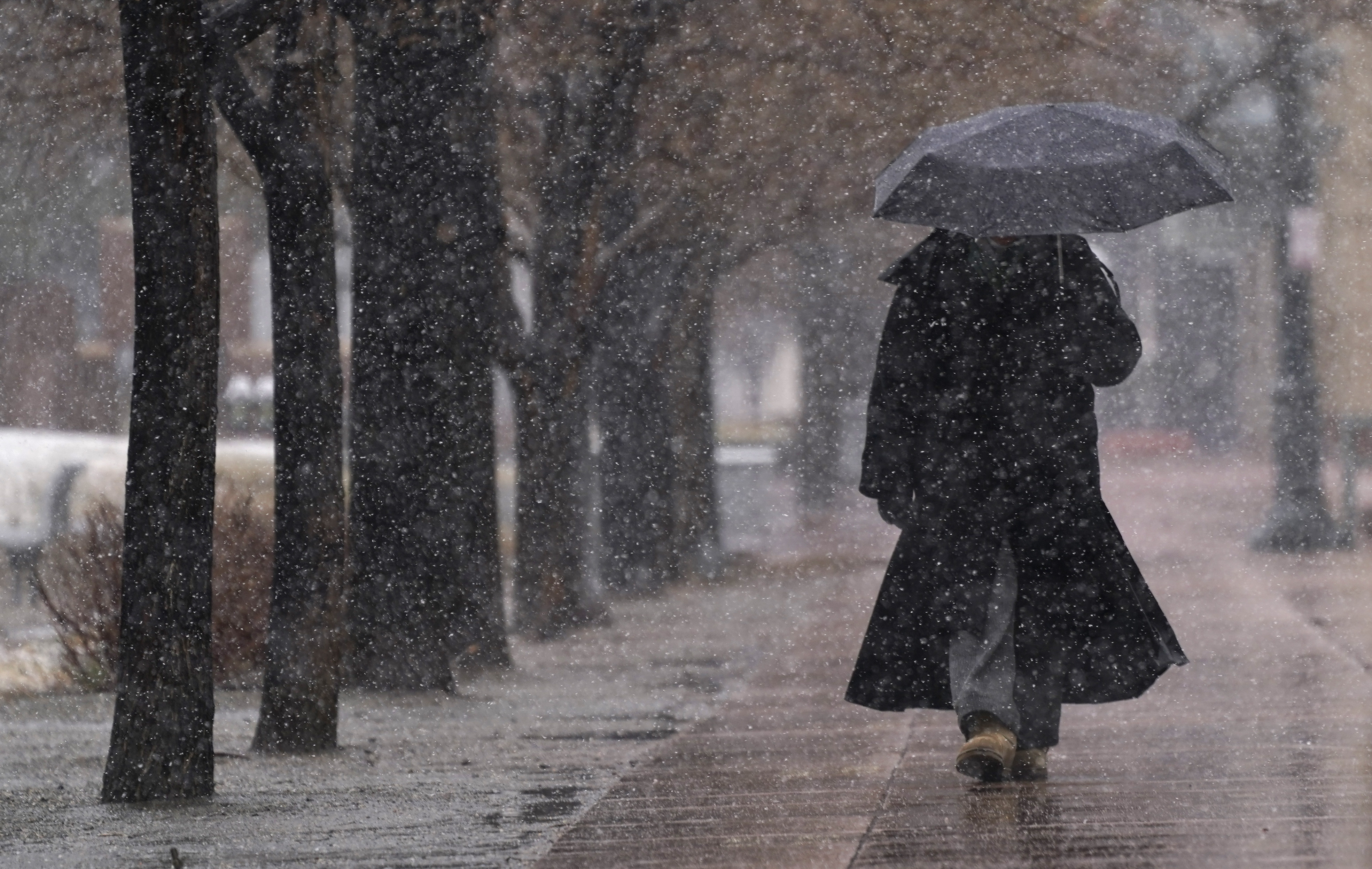 A lone pedestrian battling along the street as blizzards hit DenverCredit: AP:Associated Press

The Colorado Avalanche Information Center said there is a “high” avalanche threat in the Rockies west of Fort Collins, Boulder, Denver and Colorado Springs.

An avalanche was already blocking Colorado Highway 14 in north-central Colorado on Sunday, according to the Department of Transportation.

Flood warnings were also in effect in parts of Kansas and Missouri, while heavy rain pummeled Nebraska and Iowa over the weekend.

The tempest also caused violent twisters to touch down in parts of Texas on Saturday afternoon, before moving on towards the Rockies and intensifying.

While areas of west Texas remained under tornado watch on Saturday, western parts of the state were at risk of wildfires as a result of the deadly dry air and high wind. 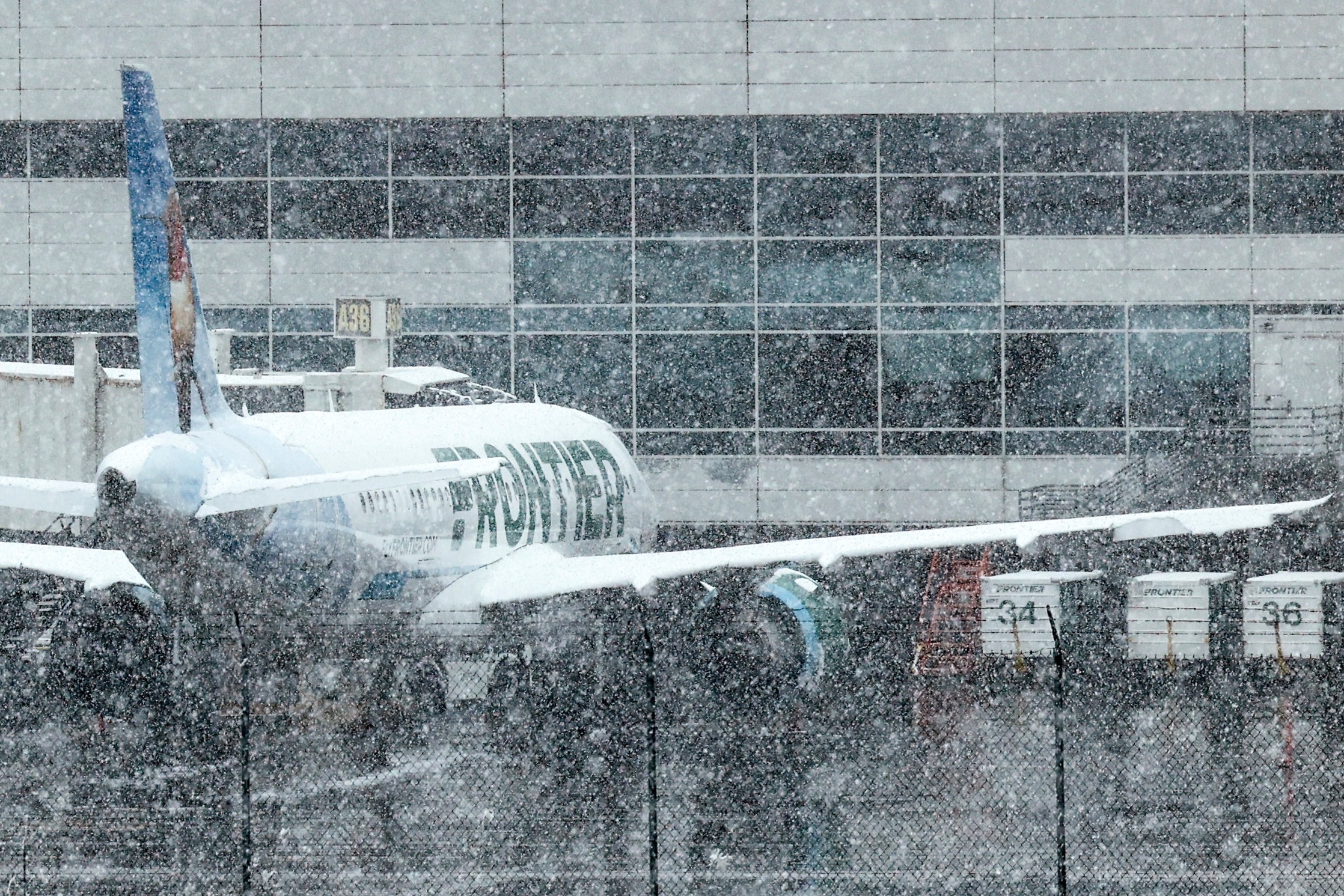 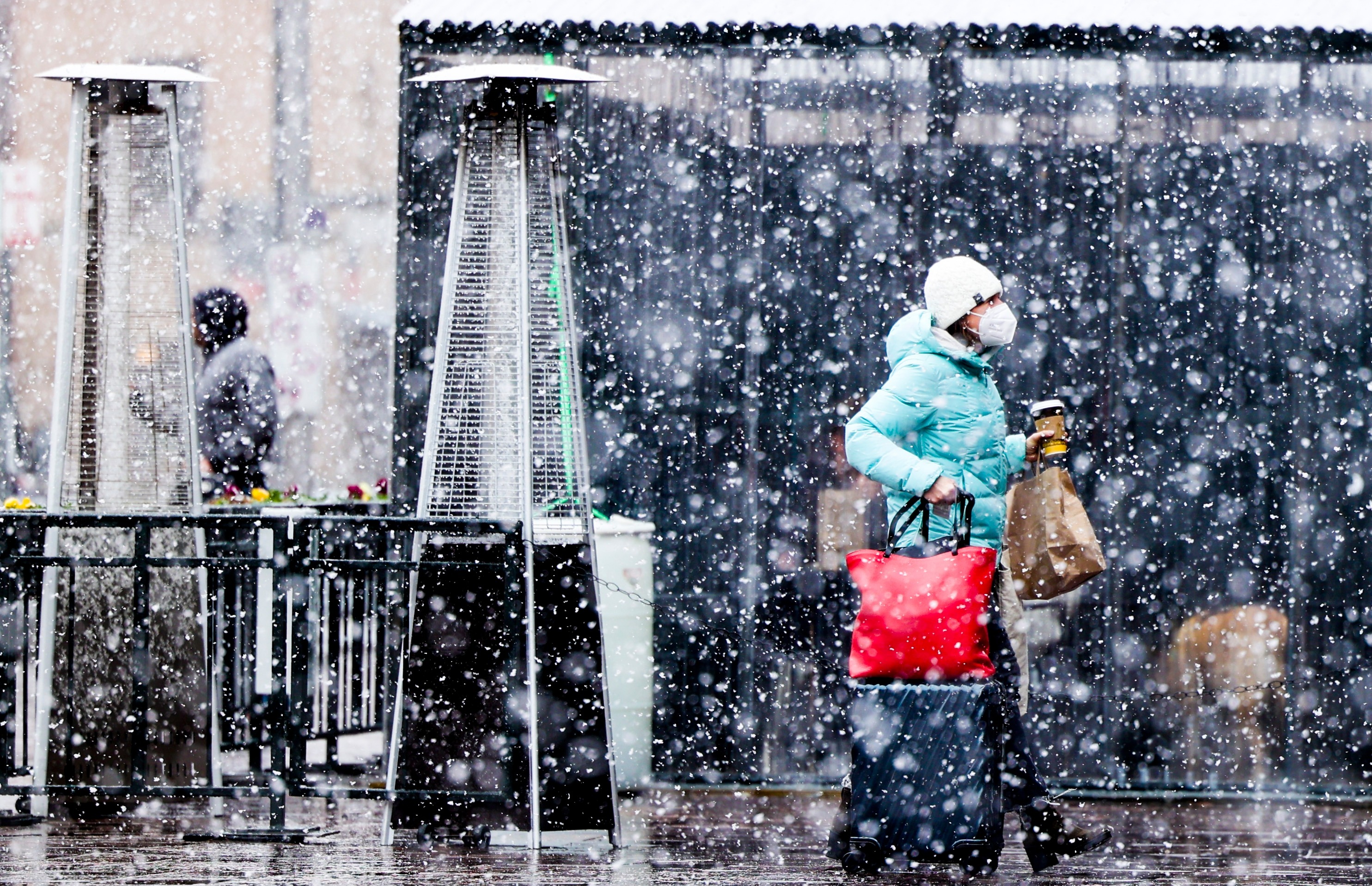 Travel into Denver airport was canceled as a result of the severe snowfallCredit: Getty Images – Getty

“With hail, tornados, and flash flooding forecasted in our state this weekend, I urge Texans to be cautious and follow guidance from local officials,” Gov Greg Abbott said.

Meteorologists warned of a multi-day threat of severe thunderstorms from parts of the Plains to the Mississippi Valley, expected to produce damaging winds, large hail and strong tornados.

Colorado Governor Jared Polis also urged residents to stay in their homes as he called the Colorado National Guard to respond to search and rescue requests before the storm began pummeling the state.

Colorado was bracing for its “Snowpocalypse” this weekend as Polis said: “Stay home if it’s going to snow hard in your area, so you don’t need them to rescue you.”

Likewise, Colorado State Patrol pleaded with motorists to stay off of the roads during “Snowmaggedon” as one trooper described it on Twitter.

The NWS also issued blizzard warnings for parts of Wyoming and western Nebraska, where two feet of snow and 65mph winds are expected from Saturday through Monday.

Authorities also urged travelers there to prepare for the worst with supplies and flashlights.

“We’re preparing for a potentially historic winter storm to impact Southeast Wyoming,” agreed Wyoming Governor Mark Gordon on Twitter. “The best option is to stay off the roads this weekend.” 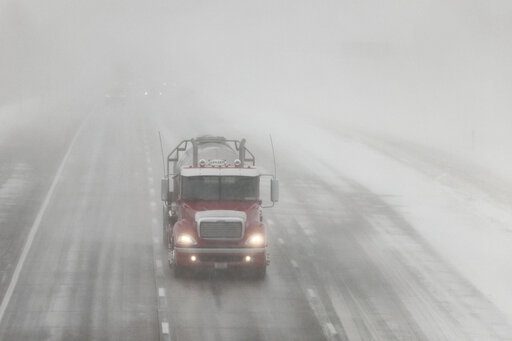 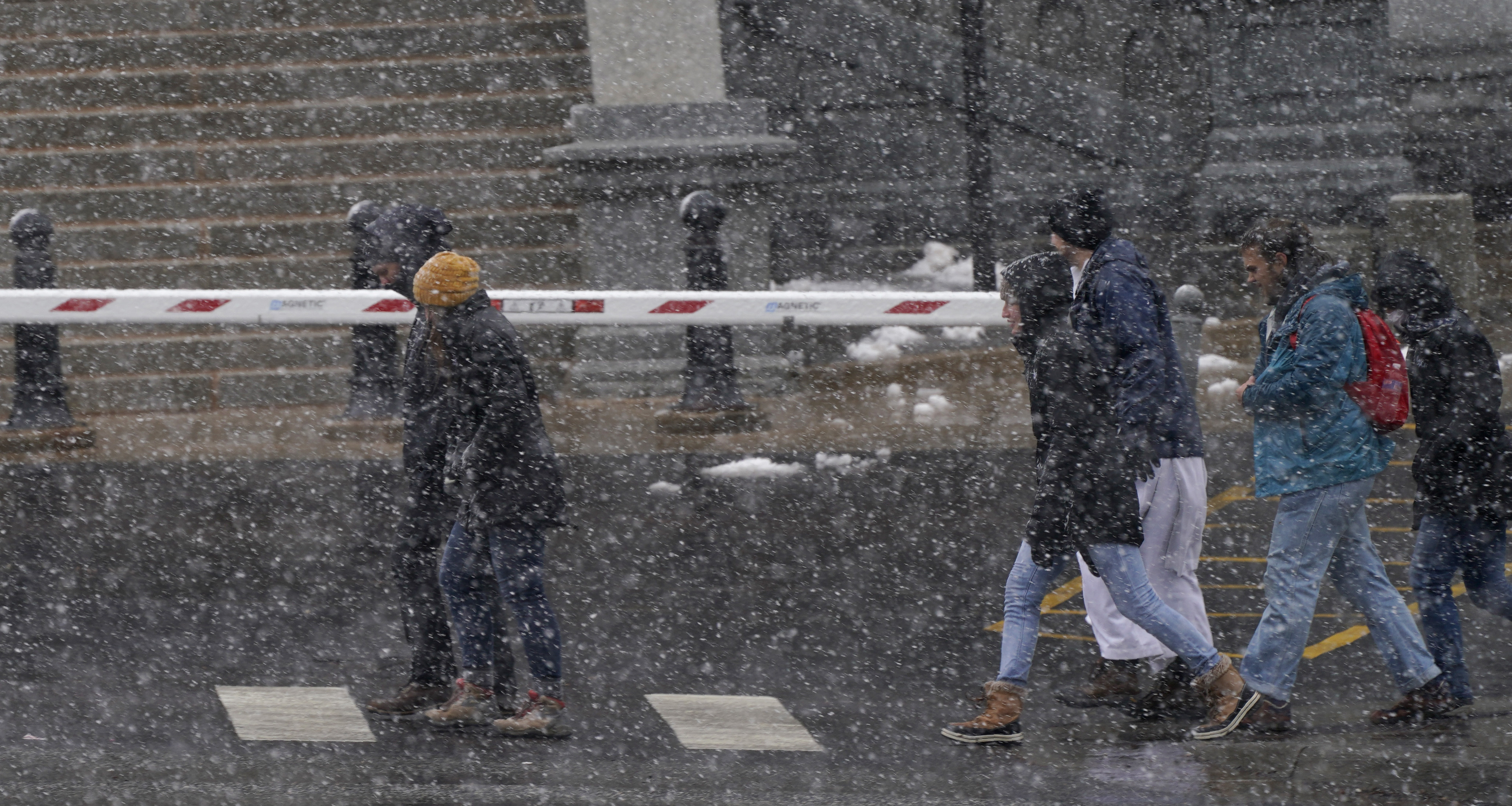 Pedestrians fight blowing snow as they move eastbound along Colfax Avenue as a snowstorm sweeps over the intermountain West today in DenverCredit: AP:Associated Press