THE NUMBER of COVID-19 cases around the country is surging in all 50 states as the number of new infections hit another single-day record, a report said on Friday.

Analysis from CBS News showed that on Friday all 50 states were counting rising numbers of coronaviruses cases in their states while states begin to strengthen lockdown measures. 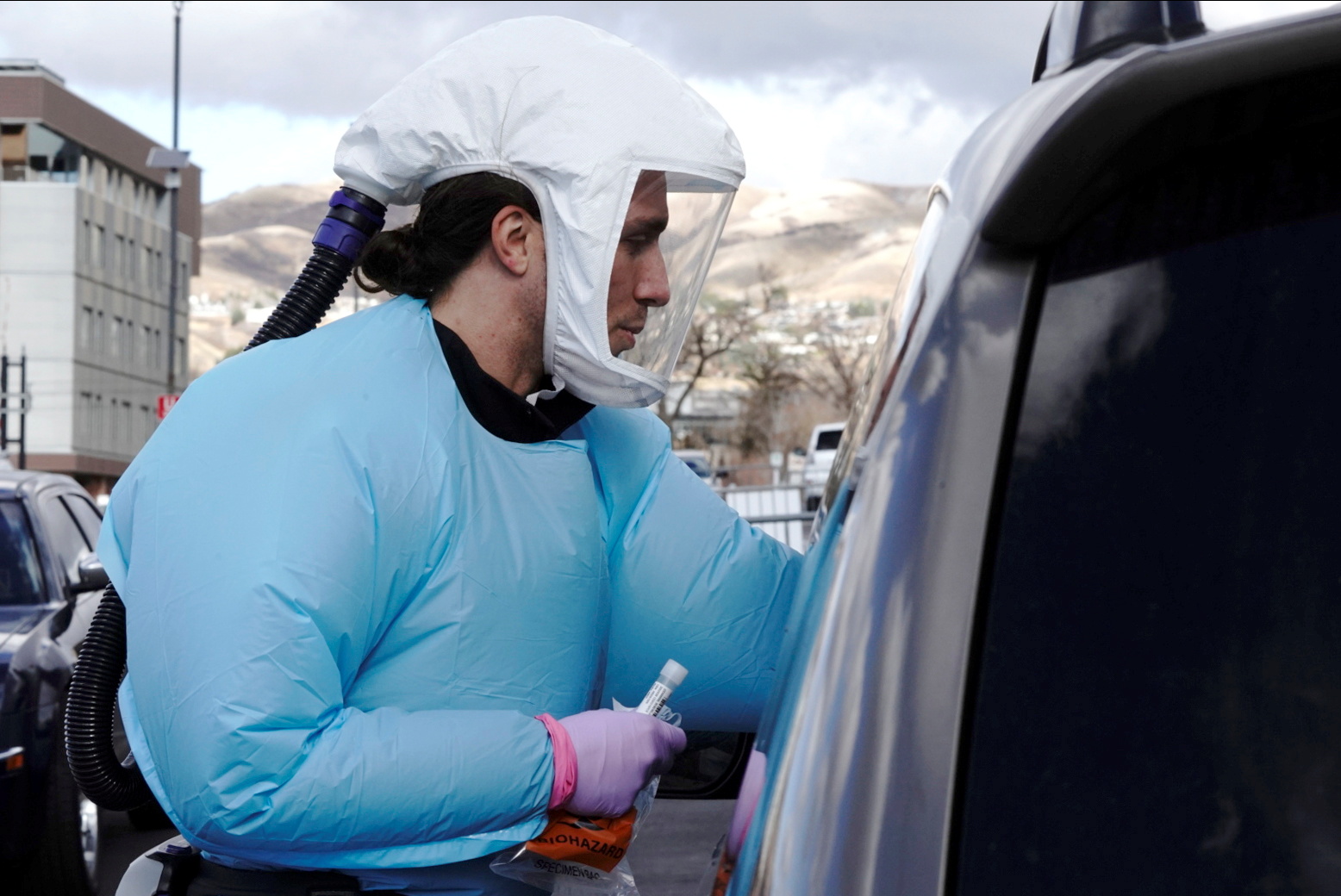 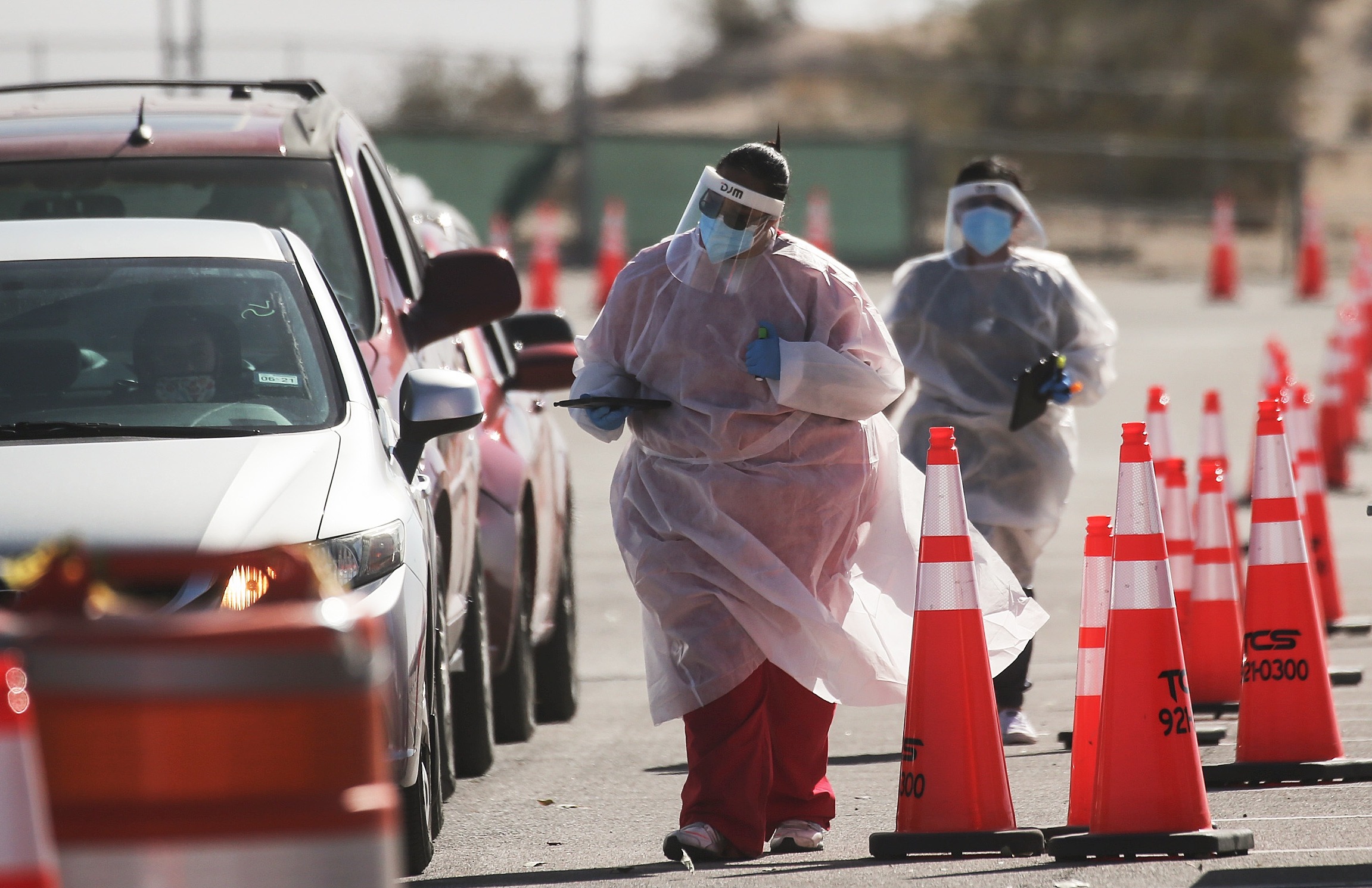 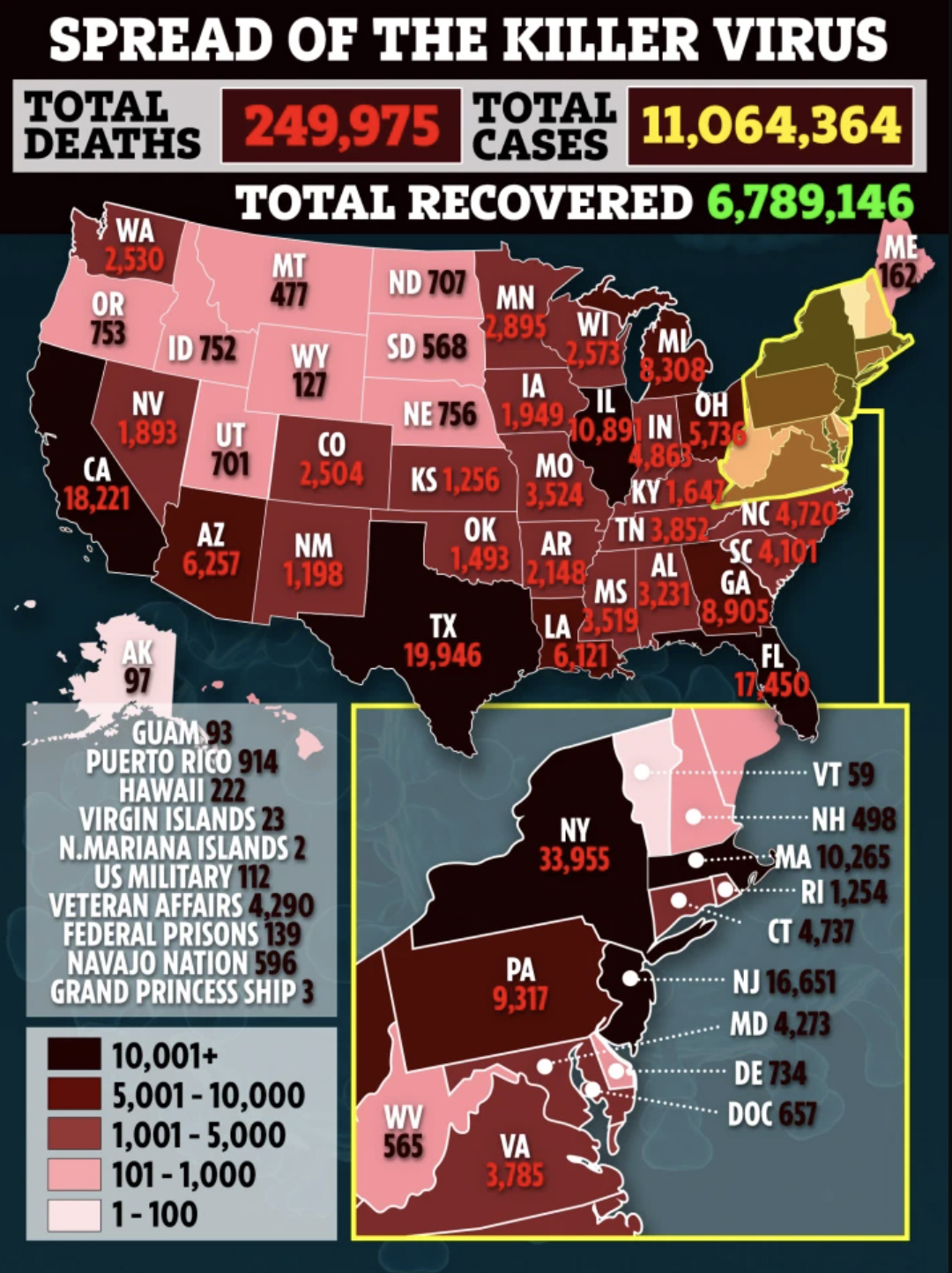 A map of the spread of coronavirus

Data from the Centers for Disease Control and Prevention show that the U.S. reported 181,81 new cases on Friday after hitting a startling 194,610 cases on Thursday.

The only state that still appears to show a significant downward trend by Saturday afternoon, according to data from Johns Hopkins Coronavirus Resource Center, is Georgia.

“Our hospitals have been sounding the alarm,” Brown said. 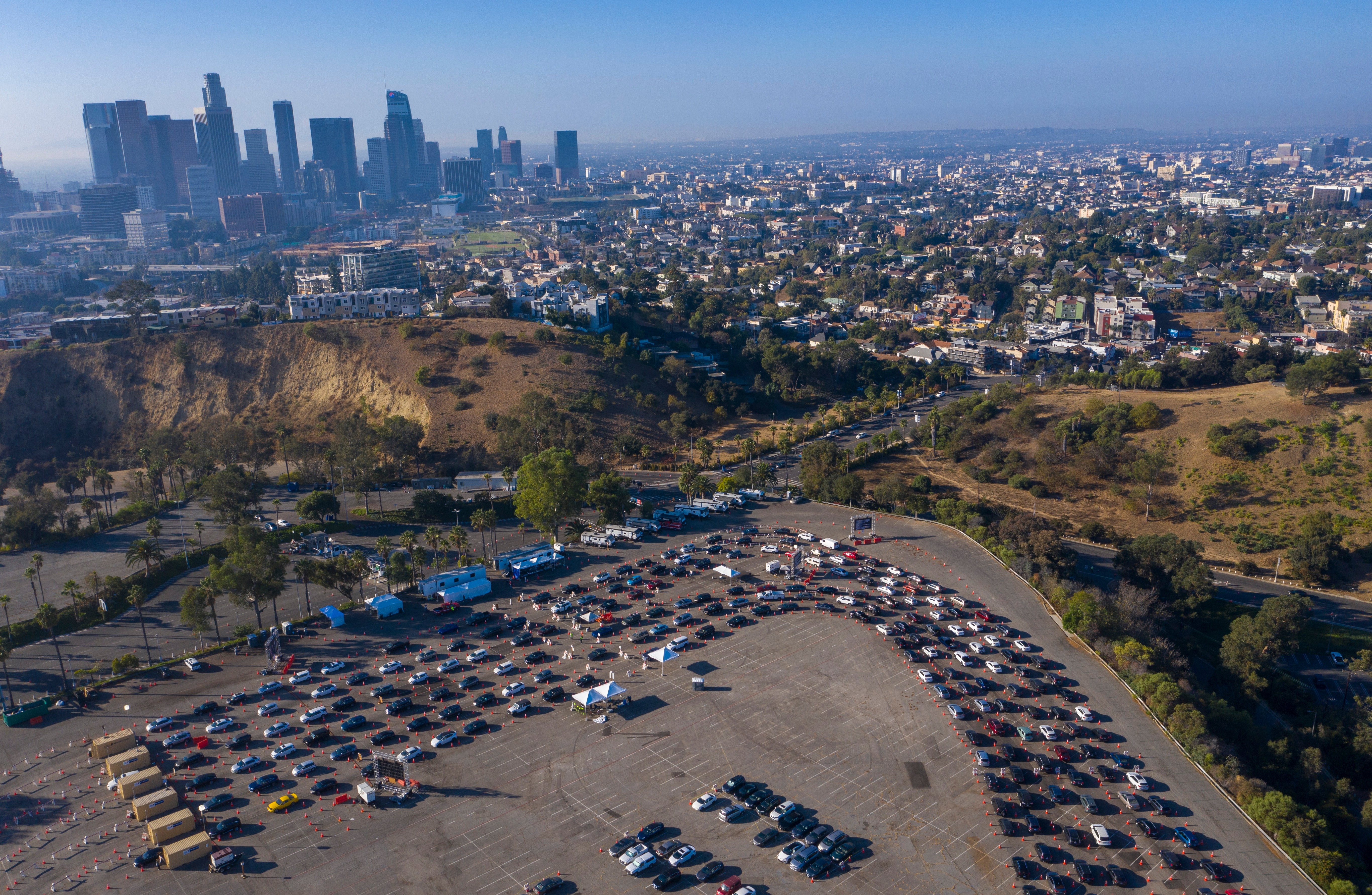 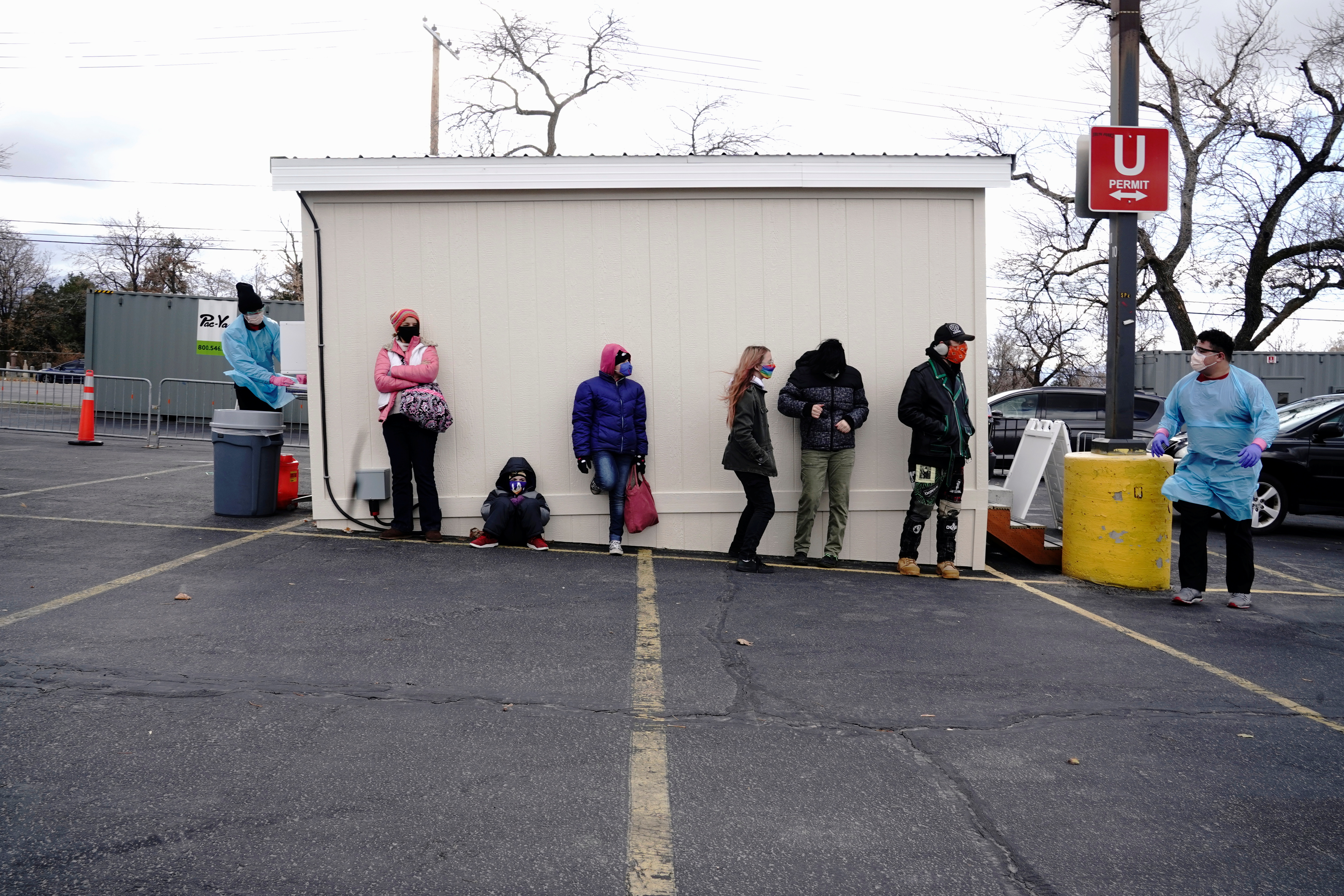 A family without a car waits to have their saliva samples collected by healthcare workers at a drive-thru testing site in Salt Lake City, UtahCredit: Reuters 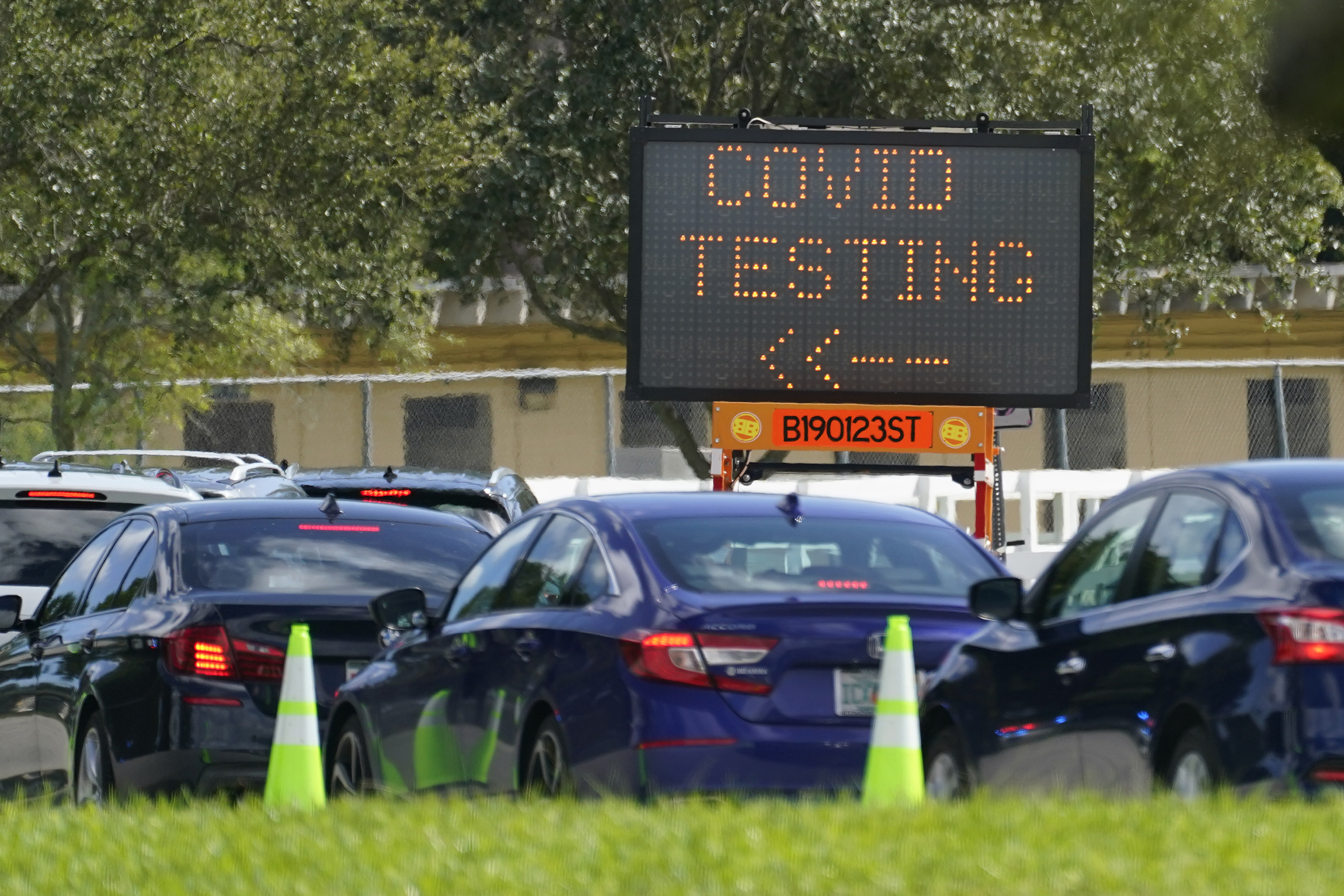 Cars line up at a COVID-19 testing site at Tropical Park in MiamiCredit: AP:Associated Press

On Friday, Texas surpassed 7,000 hospitalized patients for the first time since early August — just days after it became the first state to report more than a million confirmed cases, the Associated Press reported.

Texas Governor Greg Abbott, a Republican, has not indicated whether he will enforce tougher restrictions on businesses, the outlet reported.

South Dakota health officials on Saturday reported 53 new COVID-19 deaths for a total of 621 deaths since the pandemic began, according to AP. 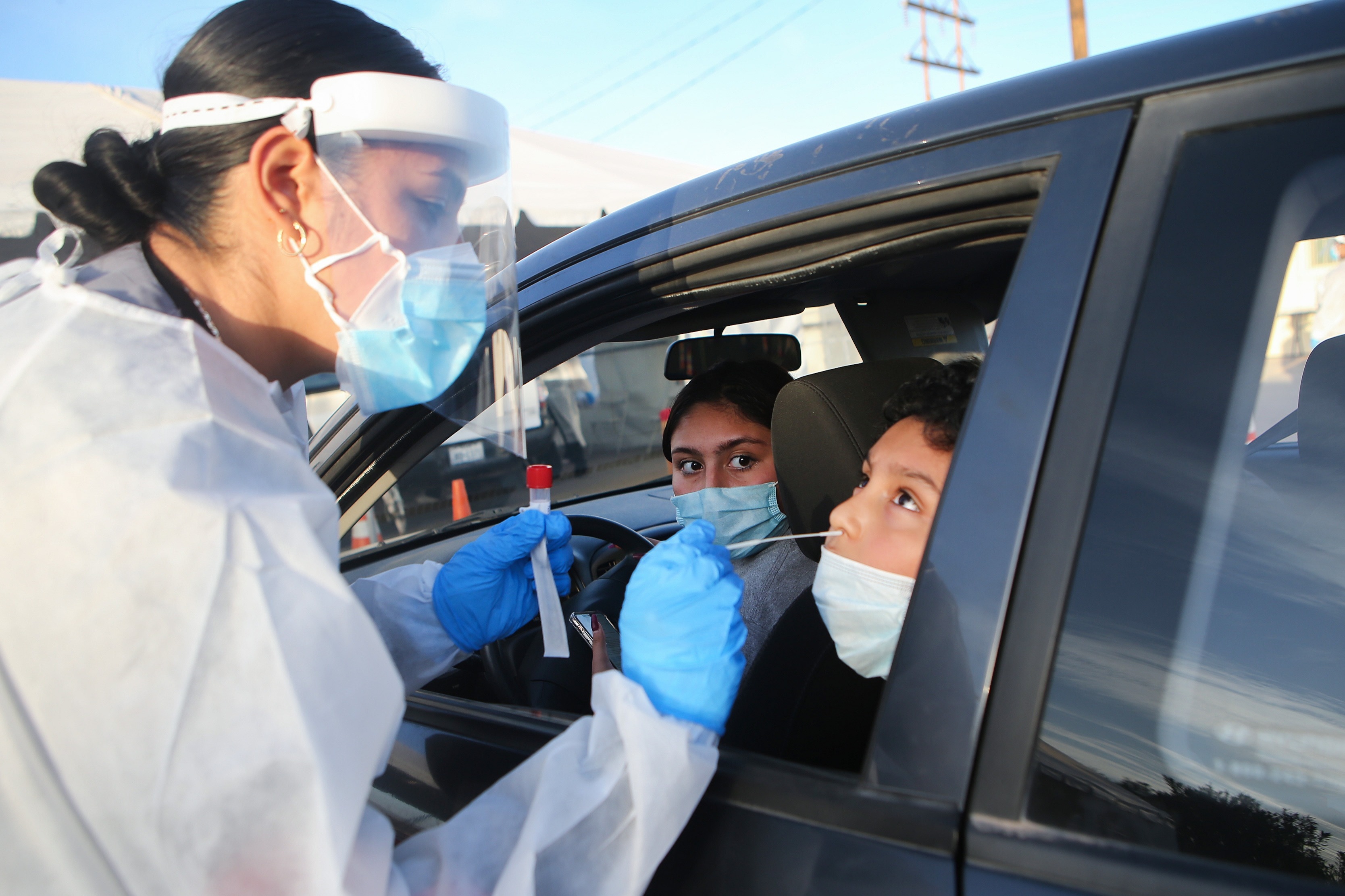 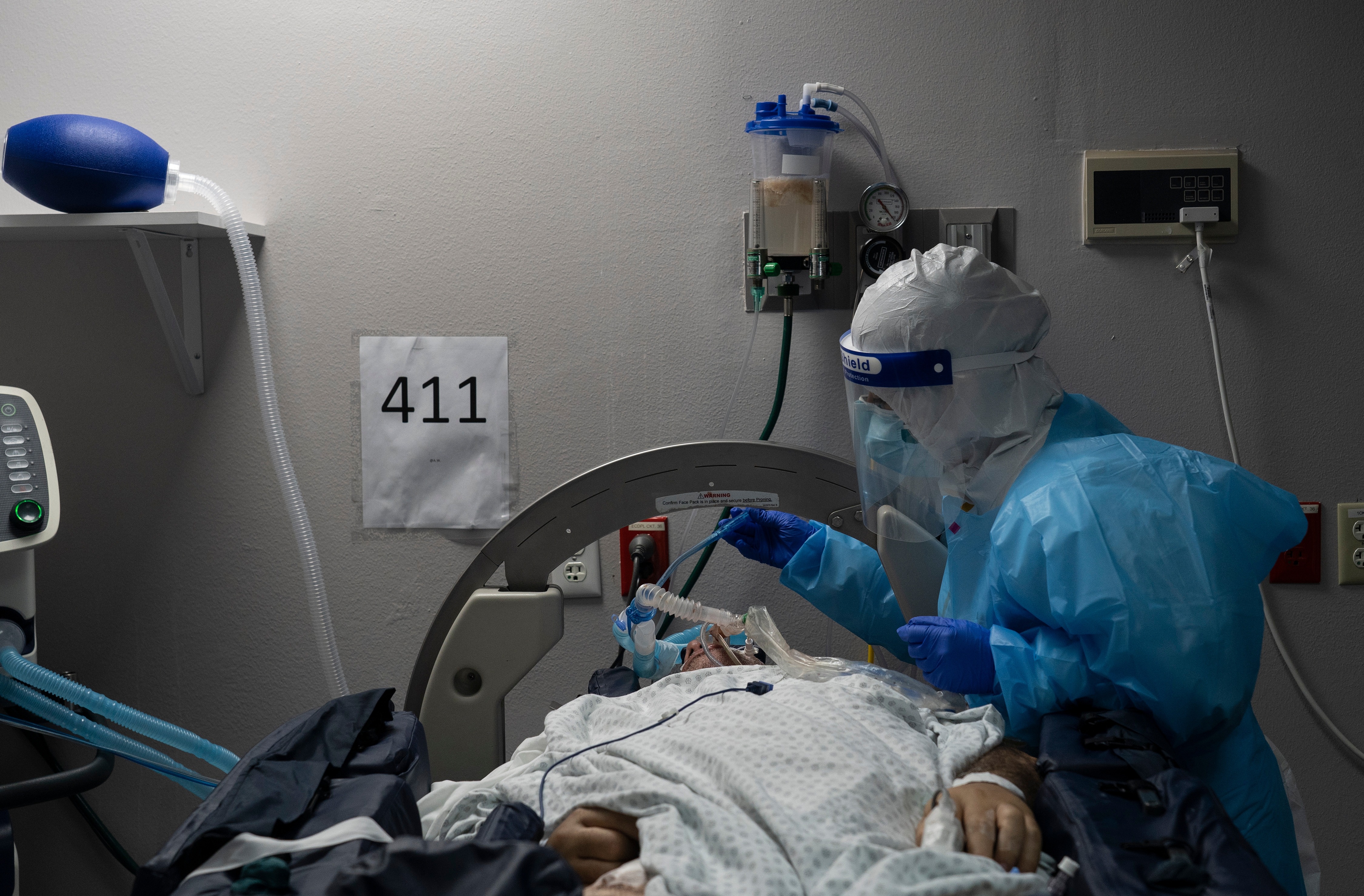 A medical staff member treats a patient on a rotating bed who is suffering from the coronavirus disease in Houston on SaturdayCredit: Getty Images – Getty 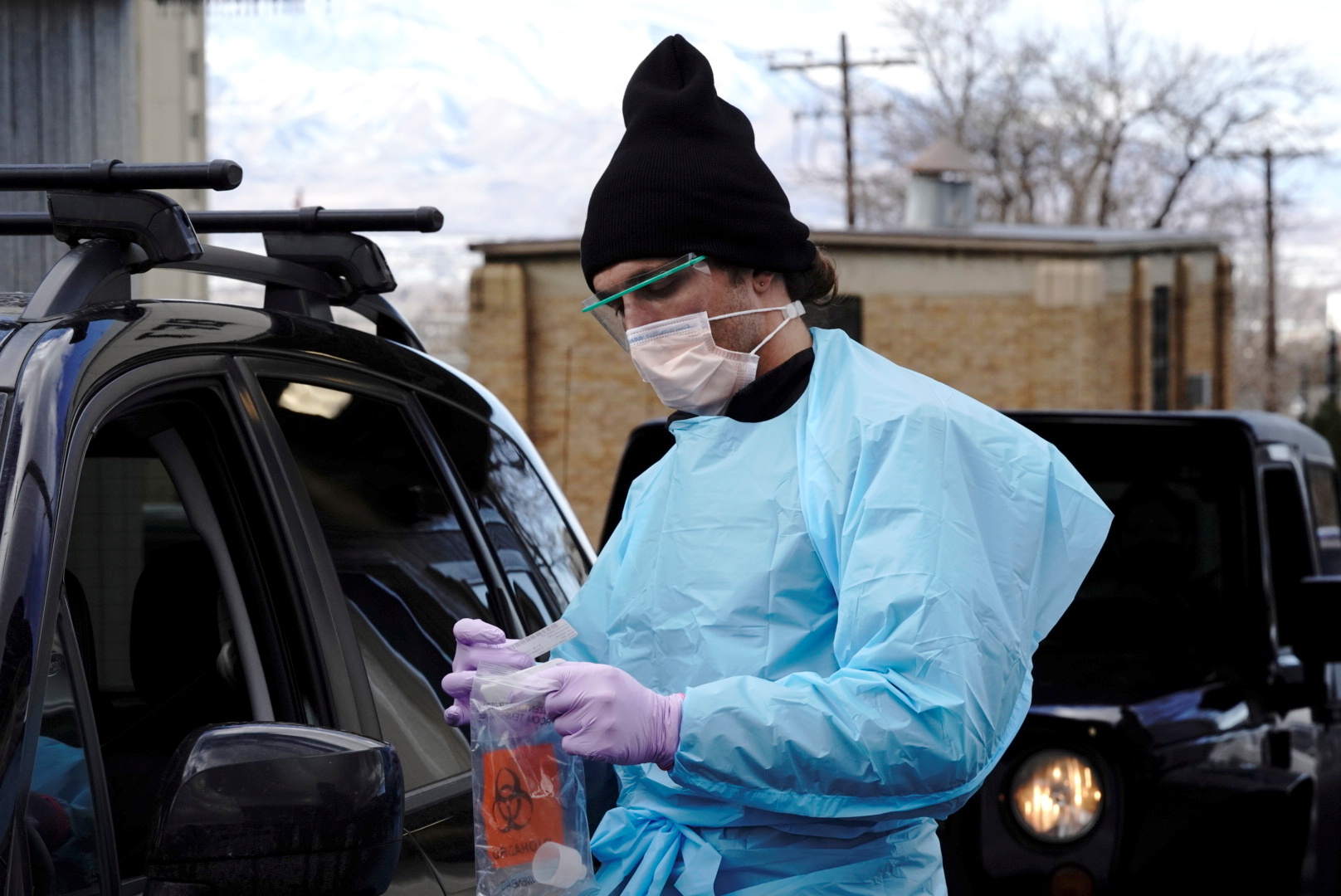 The state has reported 2,014 new cases per 100,000 people in the last two weeks, making it the nation’s second-worst number of new cases per capita behind North Dakota, according to Johns Hopkins researchers.

North Dakota became the 35th state to require masks be worn in public as Governor Doug Burgum also ordered bars and restaurants to limit their dining capacity by 50 percent and close by 10 p.m., Reuters reported.

“Our situation has changed, and we must change with it,” Burgum said in a statement to the outlet on Friday.

Republican Kim Reynolds, the governor of Iowa, warned that hospitals in the state were nearing capacity this week and mandated masks be worn at large social gatherings and personal service businesses like barbershops and salons, Reuters reported.

But Americans in midwestern towns, who remain hesitant to lockdown or wear masks, “don’t realize their states are leading the nation in new cases per capita,” AP reported.

“I don’t want to catch it. But if I get it, I get it. That’s just how I feel,” said Danny Rice, a resident of Elmwood, Nebraska.

In the southwest, governors remain divided on whether to shut down businesses to combat the spread of the coronavirus.

Nevada Democratic Governor Steve Sisolak has not limited retail, restaurants or casino resorts – arguing that shutdowns are a “tightrope” between virus spread and destroying the economy.

But on Saturday, Sisolak tweeted: “Today, we recorded 2,269 new cases, including mine. I again want to underscore the importance for Nevadans to stay home when they can to help protect themselves and our communities.”

He added: “As I said earlier this week, we must take action to change the trajectory now or we will need to implement tougher restrictions and mitigation measures to protect our communities.”

In New Mexico, Governor Michelle Lujan Grisham ordered all non-essential businesses to close for the next two weeks and residents have been ordered to shelter in place, CBS reported.

The outlet also reported that Colorado is again shattering records for new cases and hospitalizations.

Governor Jared Polis said on Friday the state would prioritize staffing and capacity at hospitals as well as open overflow alternative care centers as a last resort.

But he said he was confident the state could limit spread of the virus without a stay-at-home order despite the upcoming Thanksgiving holiday.

Despite the alarming infection statistics, the likelihood of fatality appears to be falling and patients who contract coronavirus appear to fare better than early in the pandemic thanks to treatments developed since early phases.

“Some of the reason we’re doing better is because of the advances,” Dr. Francis Collins, director of the U.S. National Institutes of Health, told AP.

The virus’s infection fatality rate remains unknown as many who have had COVID-19 did not show symptoms and were never tested.