COVENTRY CITY have postponed their upcoming clash with Wigan Athletic due to an UNSAFE pitch.

The turf at the Coventry Building Society Arena has been badly damaged damage due to the recent heatwaves in the UK.

It suffered further damage during the Commonwealth Games Rugby 7s, so much so City’s Championship opener against Rotherham was postponed.

And after further inspection by an EFL-appointed “agronomy company” The Sky Blues have been forced to reschedule next week Tueday’s visit of The Latics.

A club statement read: “Coventry City are very disappointed to have to provide a further update regarding the pitch at the Coventry Building Society Arena, and to confirm the postponement of Tuesday’s home game against Wigan Athletic. 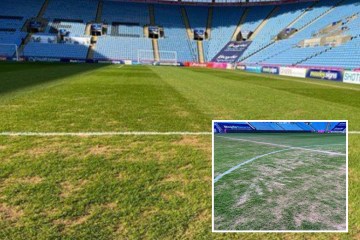 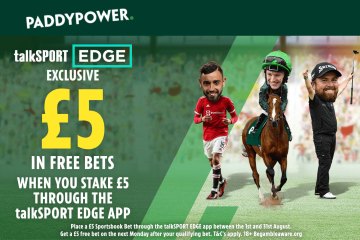 “On Thursday, an independent internationally established research and agronomy company, appointed by the EFL, evaluated the pitch at the Arena.

“They have experience at a range of international tournaments and stadiums in the UK and abroad.

“It was their finding that the pitch would not be safe or playable for Tuesday’s game against Wigan Athletic.

“We had been hopeful that, following the postponements of the last week, that the pitch at the Arena would have improved sufficiently to enable our game against Wigan Athletic to go ahead and had been planning for this to be the case.

“However, it is sadly clear that this is not possible and we are therefore forced to postpone Tuesday’s game against Wigan Athletic.

“We did explore the possibility of reversing the fixture, but unfortunately due to other events at the DW Stadium this was not possible.”