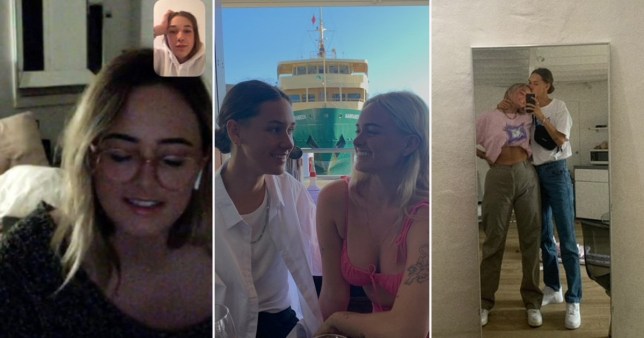 When Bella, 21, and Kim, 22 matched on Tinder on opposite sides of the world, neither expected to find true love.

Using Tinder’s Passport feature, which allows users to match with people far beyond their current location, the pair found each other when Kim was toying with the idea of moving from Germany to Australia (where Bella lives) for work.

Realising that there was actually 17,000km between them early into their conversation, they continued to speak as they enjoyed each other’s company.

It’s now been two years and the couple are still together – without the world between them.

Speaking exclusively to Metro.co.uk, Bella says the distance between them didn’t initially bother her when they matched in March 2019 as she was ‘still enjoying talking’.

Neither of them went in with serious intentions, so were relaxed at the start about the situation as Kim looked for work as an au pair.

‘She was talking to an au pair family just down the road from me which was even more crazy so then I was even more intrigued,’ Bella says.

This continued for five months until Kim got the confirmation to move.

‘In the beginning it was quite up in the air … We were talking non-stop but when I finally got the date [to move to Australia] it was amazing,’ Kim adds.

After spending nearly half a year connecting over virtual dates, video calls and messaging, in August 2019 the two finally met and were able to move forward with their relationship.

When they finally did meet in Australia, it was the romantic encounter they hoped for as Kim, unknown to Bella, turned up a day before their original plan. 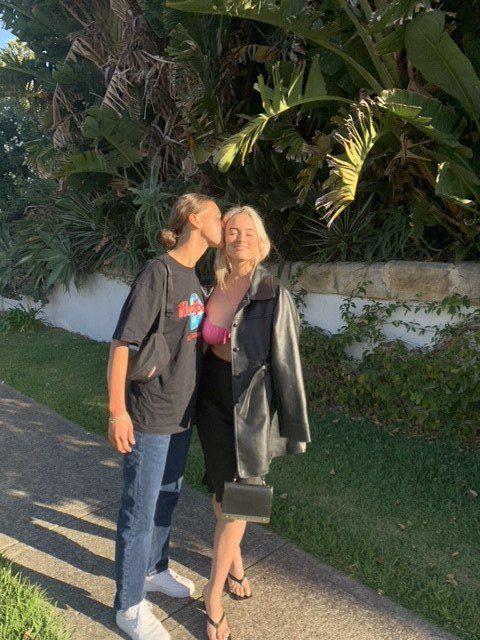 The pandemic forced them apart for a second time (Picture: Bella and Kim)

Bella tells us: ‘She actually surprised me a day early.

‘My friend called me and told me she had a flat tyre in front of my house and I was like “Great, it’s 8am and gosh I’m tired” so I got up in my dressing gown and py jamas and waddled up there and then Kim was just standing there near the car.

‘I think I had a had a heart attack – I ran away and then I felt bad and was like “Oh my god, she’s standing there” so I went back out and we hugged.

‘I can’t even describe the feeling. I don’t think I stopped smiling for three weeks.’

The couple agreed that being separated and then united gave them ‘two first dates’ – one that was virtual, the other in Australia.

However, the pandemic then struck and in August 2020 the couple were back to long distance until November that year.

‘It was heartbreaking but we knew that it wasn’t actually a goodbye, it was an “I’ll see you soon”.

‘It was hard at first because we’d been together [in person] for a year travelling,’ Bella says.

Kim had tried a long-distance relationship once before, though it wasn’t on this scale.

Bella says before meeting Kim, she could ‘never do long distance as it sounds so hard.

‘I was always like “nope” and then [Kim] swooped under my radar.’

‘Because we talked for such a long time [before meeting] we had deep conversations, and it gets really intense. You get to know each other on a whole different level,’ Kim says. 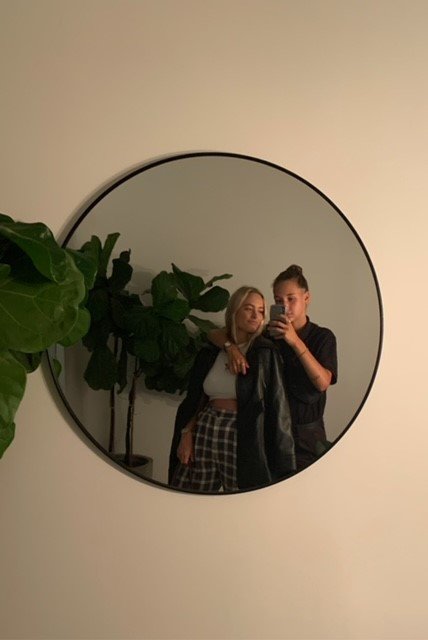 Communication was key to making the distance work (Picture: Bella and Kim)

Long distance has become an unintentional relationship dynamic for many over the last year, what with three national lockdowns, the tier system, and various other travel restrictions.

Little did Bella and Kim know – meeting a full year before the word ‘coronavirus’ entered our vocabulary – that soon the world would be forced apart from their loved ones.

Though in hindsight, they both appreciated their slow dating – a phenomena the pandemic is the root cause of as couples have been made to spend more time getting to know each other before meeting or becoming physically intimate.

Bella says the experience was ‘a lot more emotional’ and allowed genuine excitement to build, so that when meeting in person did happen they ‘appreciated it so much more.’

So after a year of being in close proximity, by August 2020 they were back to online dates cooking together (with one of them making breakfast while the other ate dinner).

‘It was kind of nice in a way as it reminded us of when we started talking,’ Bella adds.

Kim believes the uncertainty around coronavirus made it harder to get through the second time they were in a long distance relationship, but even then, the optimistic couple agreed they ‘wouldn’t want to miss the whole experience’.

Communication was a key pillar in making it work.

‘As weird as it sounds, it strengthened our relationship.

‘We are very good at communicating and talking about how we feel so it was always really easy to talk to Kim about anything, if it’s about how I’m feeling or how my day went, I knew she’d always be there,’ Bella says.

Currently together in Australia, the couple are now applying for a Visa so that Kim can stay there with Bella – though they’re openminded about where the road takes them.

‘I wouldn’t want to take for granted being with her because we’ve seen what it’s like when you can’t be with someone, which a lot of relationships don’t see because they live in the same area.

‘Because we don’t I definitely appreciate it more,’ Bella says.

Metro spoke to Kim & Bella as part of Tinder’s latest campaign to celebrate It’s All Worth Finding on Tinder.