CORONATION Street fans are in shock after Craig Tinker decided to cover up Faye Windass and Emma Brooker killing an old man.

The police officer – who is played by actor Colson Smith in the ITV soap – made the shock discovery tonight.

Craig found out a dark secret

Craig showed Faye the photofit of the woman wanted for questioning about old man Ted’s death and asked her if she thought it looked like Emma as he thought it was.

She began crying while trying to deny it and then told him the truth.

She said: “It was Emma. She was at Ted’s flat, she got the parcel from the delivery driver.

“You have to believe me – it was an accident…”

But as Craig jumped to conclusions and asked if Emma had killed Ted, Faye told him the truth.

Red and sobbing he insisted Faye knew the law and that she knew she was doing wrong.

“How could you be so stupid?” raged Craig.

“Accidents happen and if you had just reported it.

“There’s only one thing we can do – we need to go down to the station and you need to tell the investigating officer everything you’ve just told me.”

But Faye refused and told him how Emma had been drinking the night before and Craig stormed out.

He decided not to say anything and pretend that he hadn’t heard her confession.

Viewers were sickened by his decision.

One wrote: “Craig’s gonna keep a secret, and in time will be kicked off the force”

A second said: “craig needs to DUMP that WHITE TRASH girlfriend faye. she is so incredibly dumb it is absolutely laughable”

Another added: “When the truth comes out hopefully PC Craig will be kicked out of The Police! Most unrealistic police officer ever!” 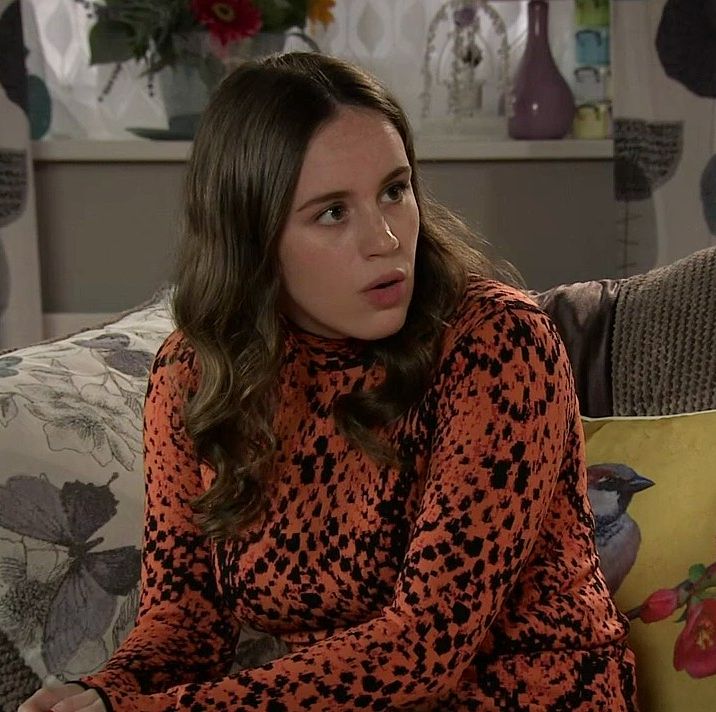 Faye and Emma are behind it

Faye Begs Emma to Lie About Her Running Over Ted