CORONATION Street fans are horrified after Alya and Zeedan Nazir turned into killers.

The siblings – who are played by actors Sair Khan and Qasim Akhtar in the ITV soap – watched as Hashim died in front of them so his blackmail would go away.

Hashim collapsed while threatening the pair in their house – but as Zeedan tried to help, Alya told him to stop.

Insisting their problems would die with him, she convinced Zeedan to help her fake a crime.

“We can’t just leave him to die,” said Zeedan as Hashim clutched his chest.

“Zeedan he was threatening us, isn’t it self defence?” Alya said as she continued to ignore the dying man on the carpet.

But when Ryan Connor came in and found Hashim – she was forced to phone an ambulance while he tried to revive him.

He failed but then confronted the pair for letting him die in front of him – but Alya then hatched a plan to cover it up.

She told him: “A year ago today we were standing over Geoff’s body – a death that set my gran free.

“They were both evil men Ryan, so when death comes knocking for toxic men I’m not standing in the way.”

Alya then quickly set about faking a break in and putting the keys to the restaurant in Hashim’s car to frame him for everything.

She forced Ryan to kick the door in and told them exactly what to do leaving fans stunned at her quick thinking murder skills.

One wrote: “You didn’t try and save him at all Zeedan! Neither did Alya. Stupid Zeedan.”

A second said: “Zeedan there were so many holes in that story.”

Another added: “Alya & Zeedan basically went from desperately tryna frame a homeless man to instead just framing a dead one really?” 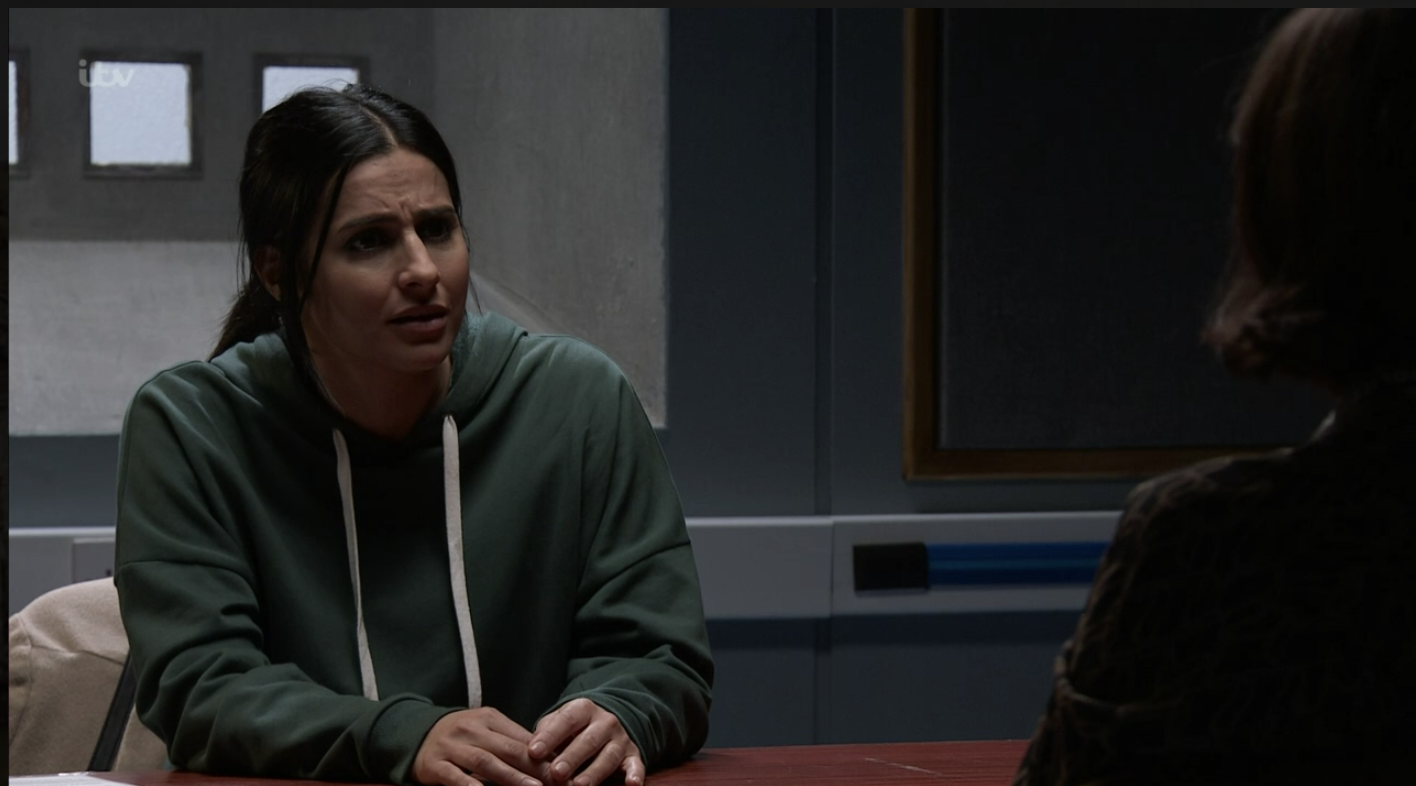