POLICE are hunting a gang of thugs who stabbed a teen after a brawl with foot-long knives erupted in Hyde Park.

Horrified onlookers screamed as the violence broke out in the central London landmark on Tuesday.

Police are hoping to find a gang of yobs involved in a knife brawl in Hyde ParkCredit: Metropolitan Police

Shocking footage showed the group wielding machetes and huge foot-long blades as they chased a teen down.

A 17-year-old boy was stabbed in the brawl and was rushed to hospital where he remains in a stable, non-life-threatening condition.

Police have arrested a 17-year-old boy on suspicion of affray.

They have also released a string of shocking images in a bid to track down the knife yobs.

The dramatic pictures show the group brandishing weapons and running through the busy park.

Some are wearing bandanas to cover their faces as they lash out at each other during the horror. 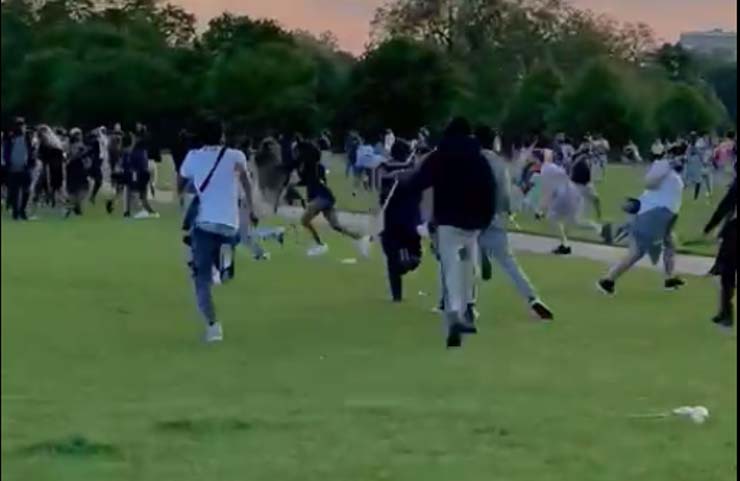 The violence erupted in front of stunned sunseekersCredit: Metropolitan Police 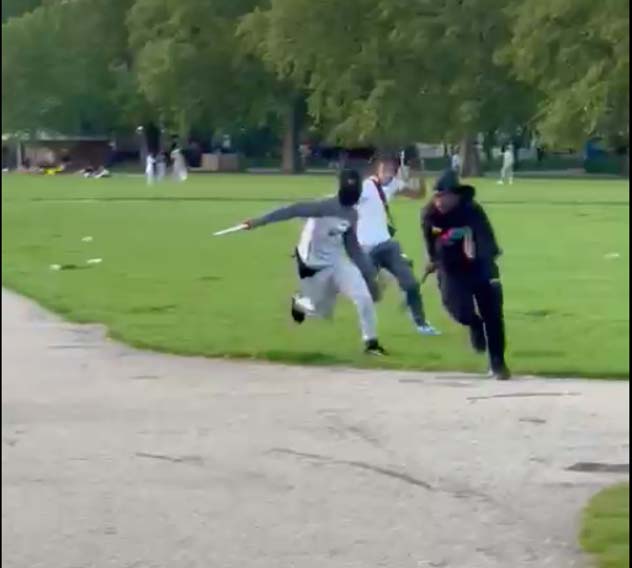 The thugs could be seen brandishing huge bladesCredit: Metropolitan Police 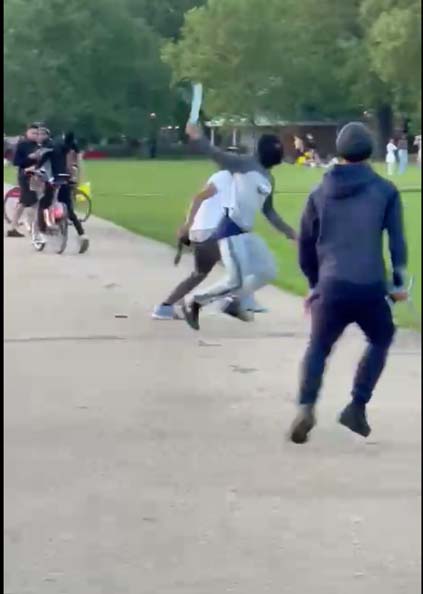 A 17-year-old boy was stabbed in the clashCredit: Metropolitan Police 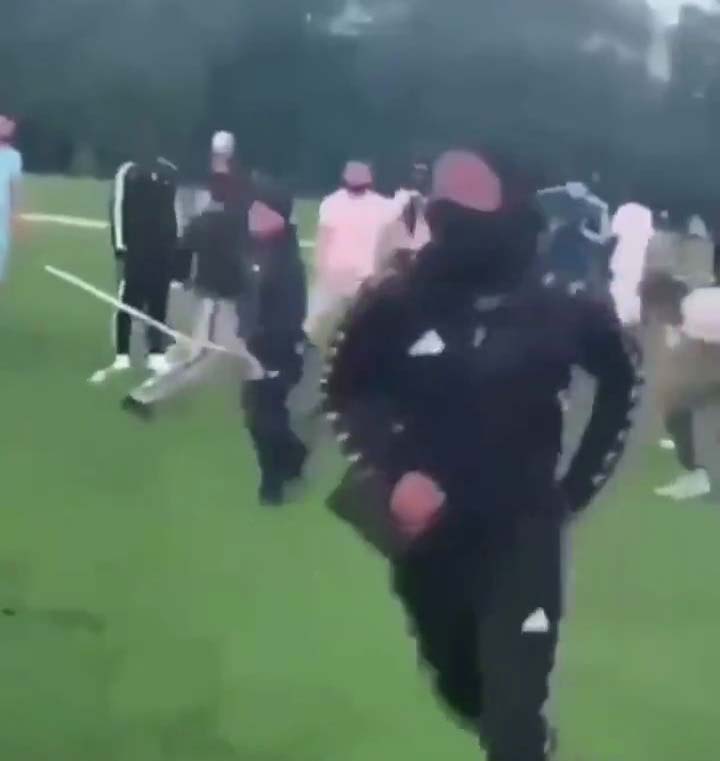 A yob can be seen wielding a foot-long knifeCredit: Metropolitan Police

Detective Superintendent Alex Bingley said: “We urge anyone who knows or can identify the men in these pictures to come forward. No piece of information is too small.

“The brazen violence that was witnessed by many people enjoying the sun in Hyde Park was both shocking and unacceptable.

“We appreciate the images and videos that were widely shared following the incident will have caused concern to people in the area and to those who visit the park regularly. 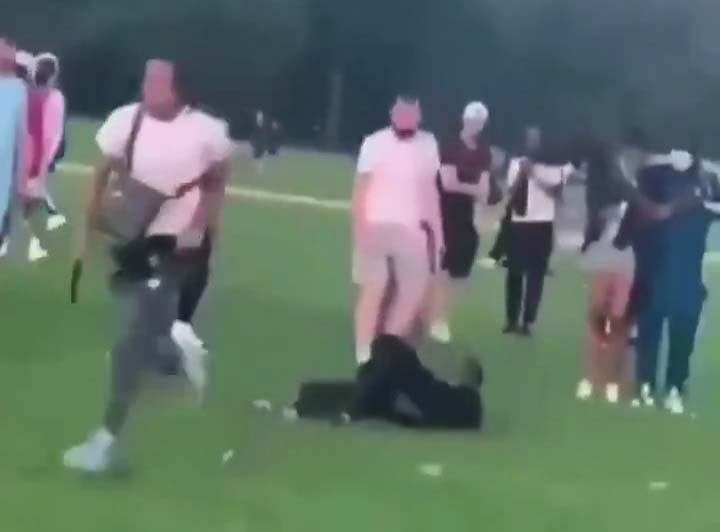 Police are hoping to track down the culpritsCredit: Metropolitan Police 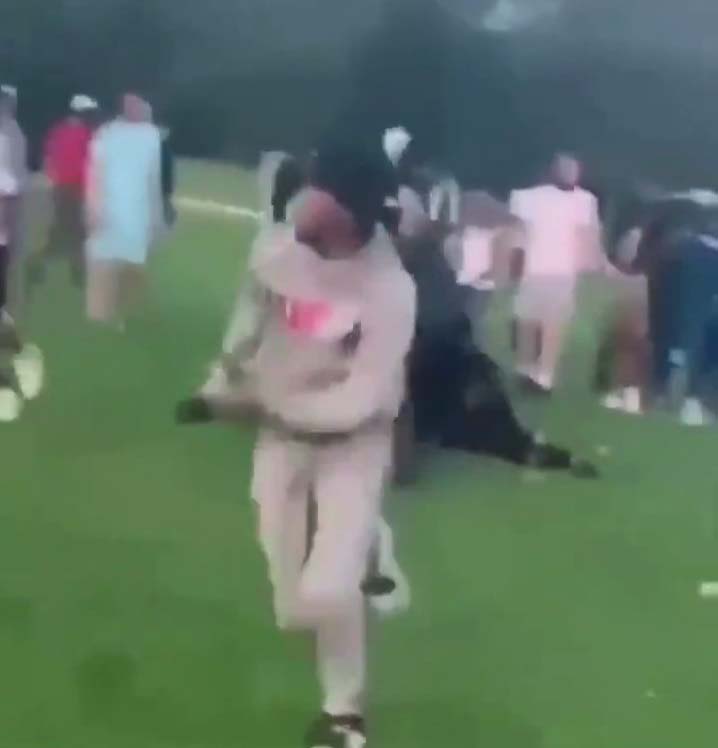 They have slammed the ‘brazen’ violenceCredit: Metropolitan Police

“I want to reassure the public that we are committed to ensuring our parks remain a safe space for everyone to enjoy. We are doing all we can to track down the individuals involved and bring them to justice.

“Visitors to the park will see an increased police presence and if they have concerns I would encourage them to speak to officers.”

Britain is experiencing an explosion of violence with soaring temperatures and lockdown easing creating a “perfect crime storm”, a police chief warned.

Around 18 people have been stabbed in just one week with six murder victims.

Ken Marsh, chairman of the Metropolitan Police Federation, warned a “perfect storm” is brewing as lockdown eases and more people start to head out again.

Mr Marsh puts the spike in violence down to a number of factors, including the recent heatwave and criminals “letting loose, thinking they can do what they want” after lockdown.