CONOR McGREGOR has revealed he is actually looking forward to fighting in front of limited spectators at UFC 257.

The former two-weight world champion is excited to hear the ‘power and velocity’ of his punches without any crowd noise. 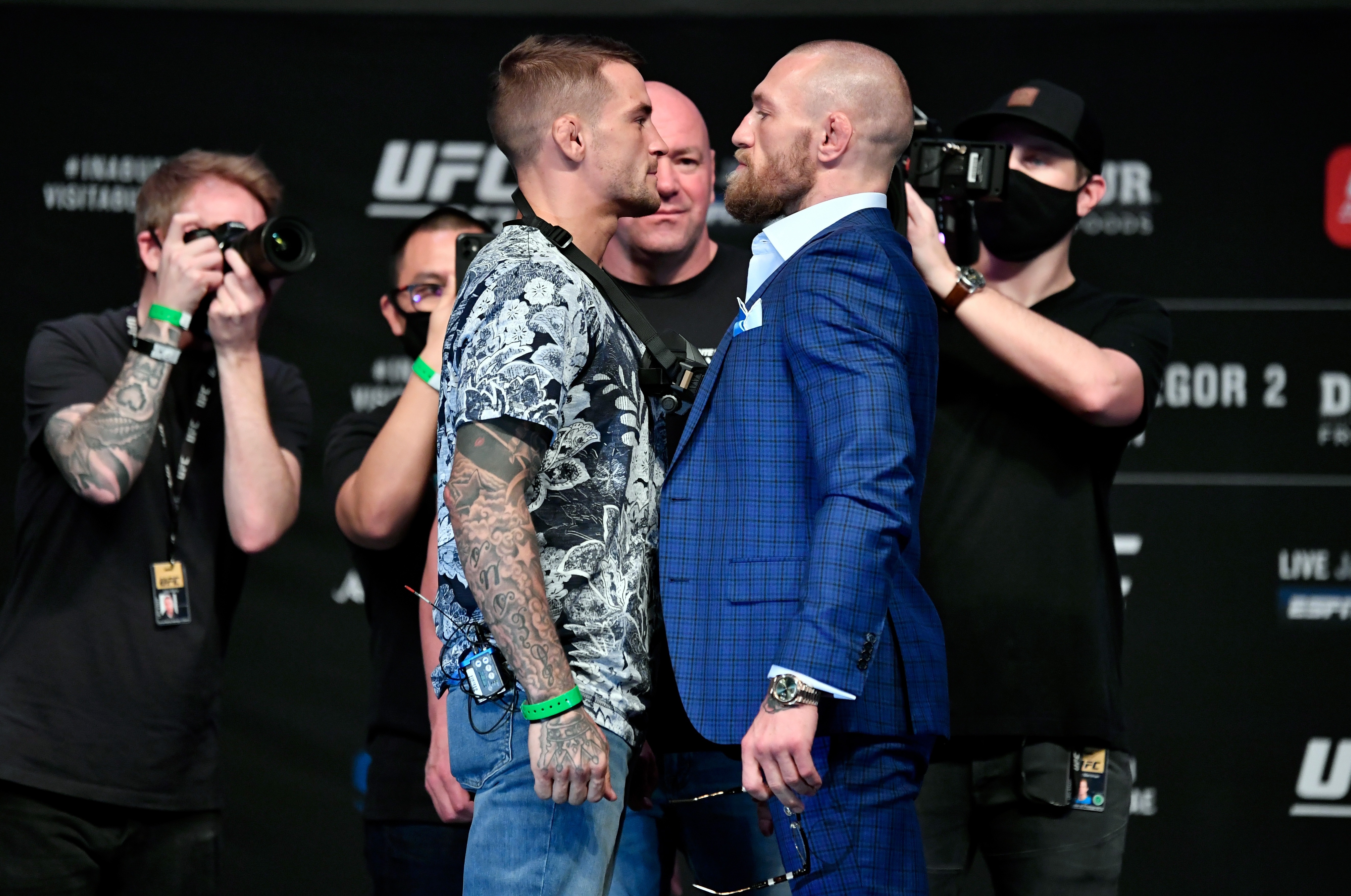 Speaking to reporter Megan Olivi, he said: “I was excited to get in with no crowd for sure.

“I was eager to hear my power and velocity with no crowd noise behind it because it’s a unique sound behind it with four ounce gloves clattering off the soft parts of the face especially with my shots.

“Now a couple of thousand fans (in attendance), it will still translate so I’m excited to get in and create highlights, that’s what it’s about.”

Due to Covid-19 restrictions there will be just 2,000 present in the Etihad Arena – which ordinarily seats 18,000.

McGregor has claimed he is looking forward to adding another highlight reel KO to his collection when he rematches his old rival.

As usual, the 32-year-old is predicting a short night’s work as he expects it to be all over after a minute.

He previously told BT Sport: “I’m going to put on a flawless performance, an absolute clinic.

“I’ve never been more confident in my endurance than I am now.

“Dustin and his teammate take a bit of disrespect from me saying I’m going to take him out in 60 seconds, it works both ways.

“If you can last through the drama I’m about to bring to you, we will see what you’re about and who has the endurance.

“I’m excited all across the board, I’m confident. All my skill are on fire at the minute.”

The winner on Fight Island is primed for a lightweight title shot next and the chance to convince Khabib Nurmagomedov out of retirement.