THE Jonas Brothers are showcasing famous relatives in a new show on ABC.

Kevin and Frankie Jonas are hosts of Claim To FameCredit: ABC

Who is the Claim To Fame Cast?

Brothers Kevin and Frankie have teamed up to host Claim To Fame.

The show challenges 12 celebrity relatives to step outside their famous family member’s shadow and live together under one roof.

They must conceal their identity as they seek their own fame and fortune.

The show’s hosts definitely know about famous relatives – as their brothers are Joe and Nick Jonas. 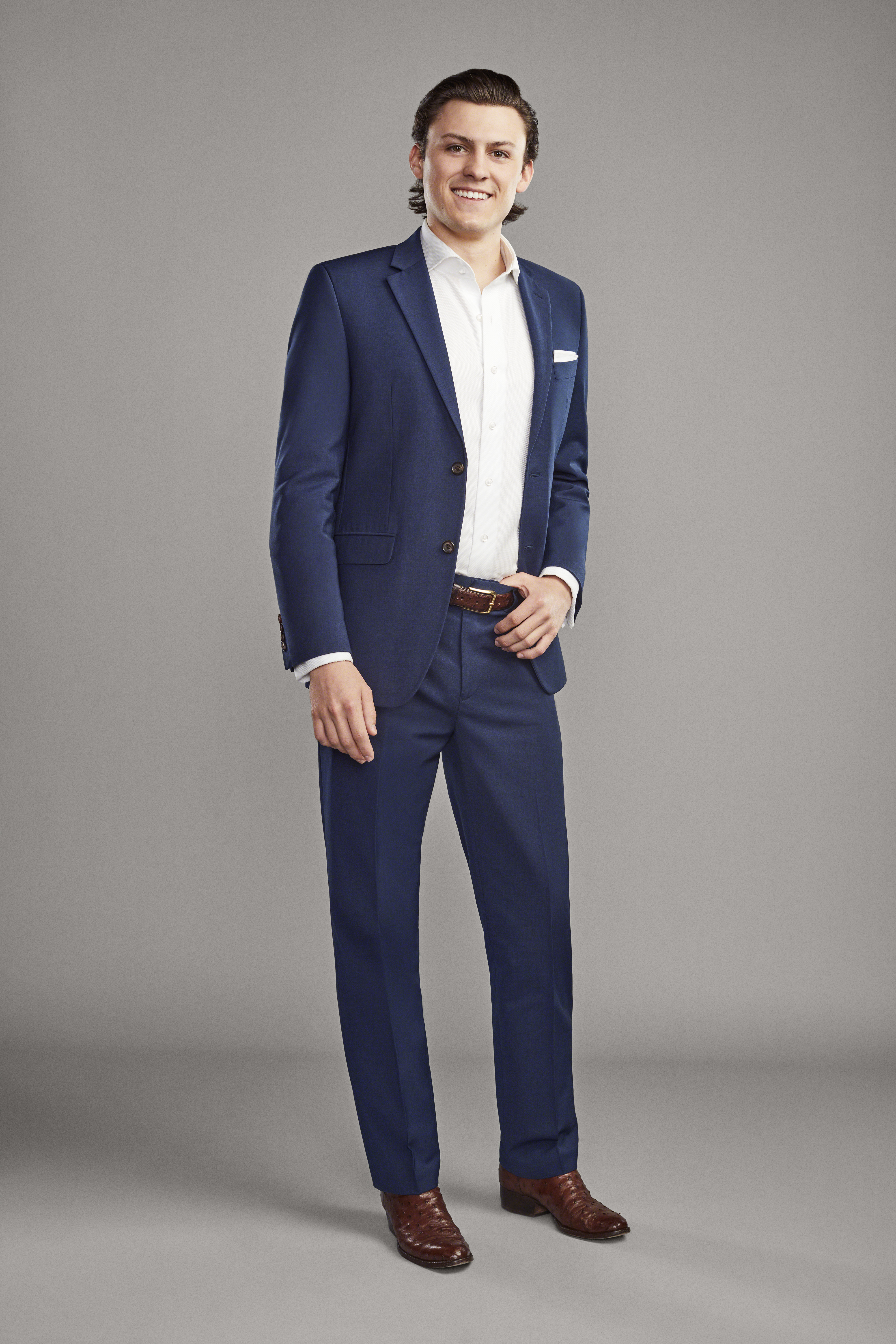 Fans are convinced Logan is related to Tom HollandCredit: Getty

Kicking things off we have Logan.

Fan theories are already starting, and people think Logan might be related to Tom Holland.

Other guesses include country music star Jason Aldean, after Logan made is entrance wearing a black cowboy hat.

And the clues may well back this up as Logan has revealed his famous relative is his cousin and a musician who’s won a country music award.

The clue wall dropped a hint with a tractor – and that links to Aldean too, who sang Big Green Tractor.

Logan is already picking up loads of fans on social media and to the delight of many revealed he is single. 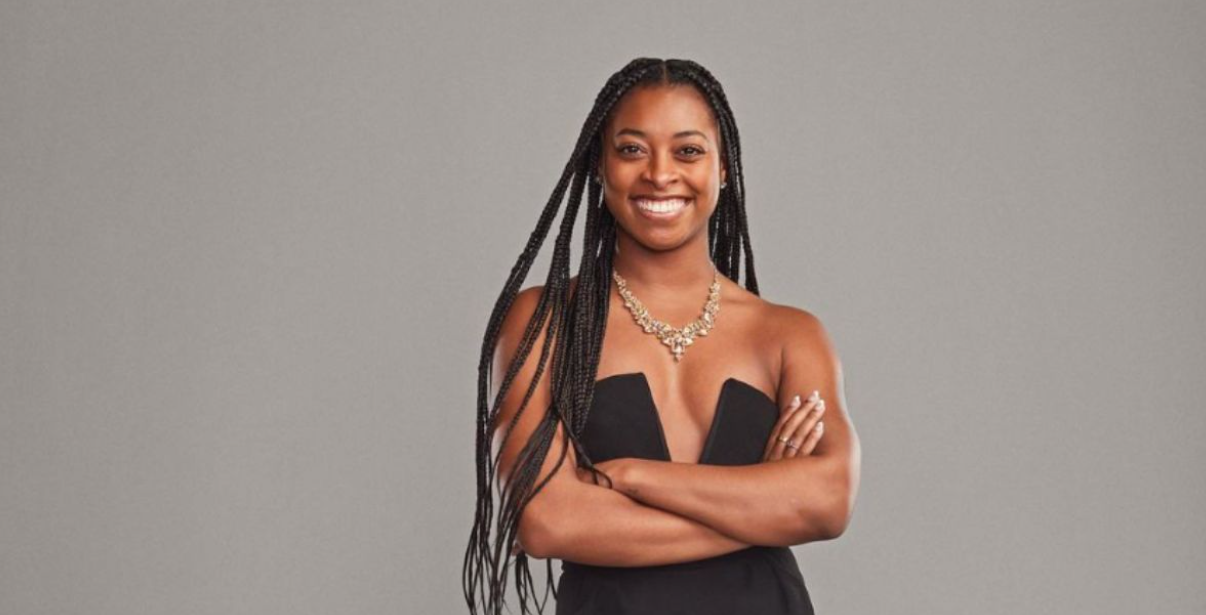 Fans have been guessing about Louise’s famous family memberCredit: ABC

A follower on Claim To Fame’s Instagram page wrote: “Louise is giving me Simone Biles [vibes].”

It looks like this fan could be right, because it is being claimed Louise is actually Adria Biles (Louise is her middle name).

Which means her celebrity relative could be her sister, Olympic hero, Simone Biles.

Fans of the show are loving Louise despite saying she’s too easy to guess.

One posted: “I wanna be like Louise on #ClaimtoFame because everyone knows she’s related to Simone Biles but no one’s eliminating her because they like her so much LOL.” 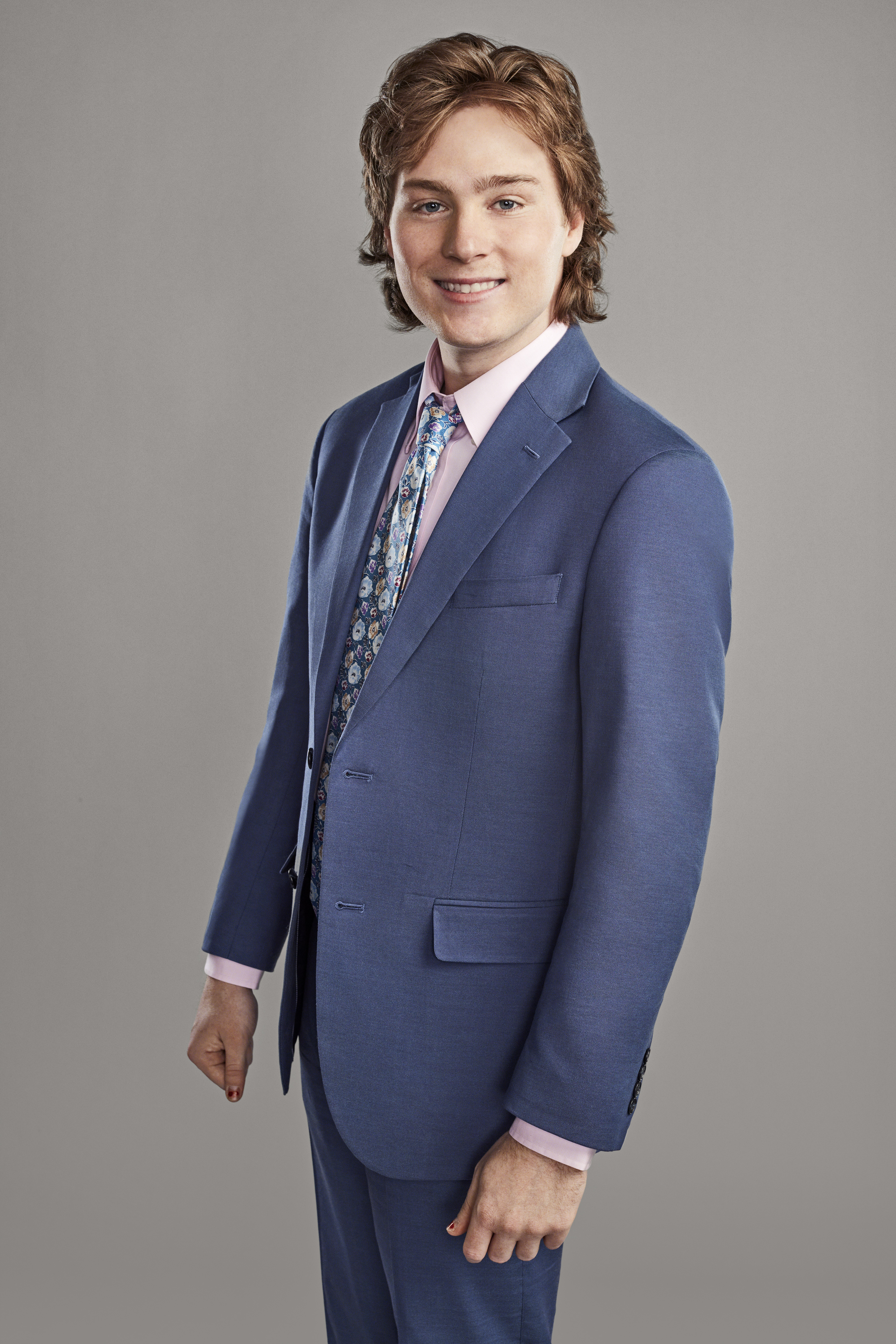 Maxwell was asked to leave Claim To Fame for breaking the rulesCredit: Getty

We know that Maxwell is the grandson of Chuck Norris as he has already been disqualified from the show.

Moments before fellow contestant Pepper was due to guess the celebrity connection of Maxwell, the Claim To Fame director interrupted and pulled the hosts off camera.

Host Kevin informed the participants that Maxwell had brought a phone into the house, which he was caught using on camera.

So Maxwell was disqualified from the competition.

Maxwell said on the show: “If the phone wasn’t seen, I would’ve been celebrating tonight. I broke the rule.” 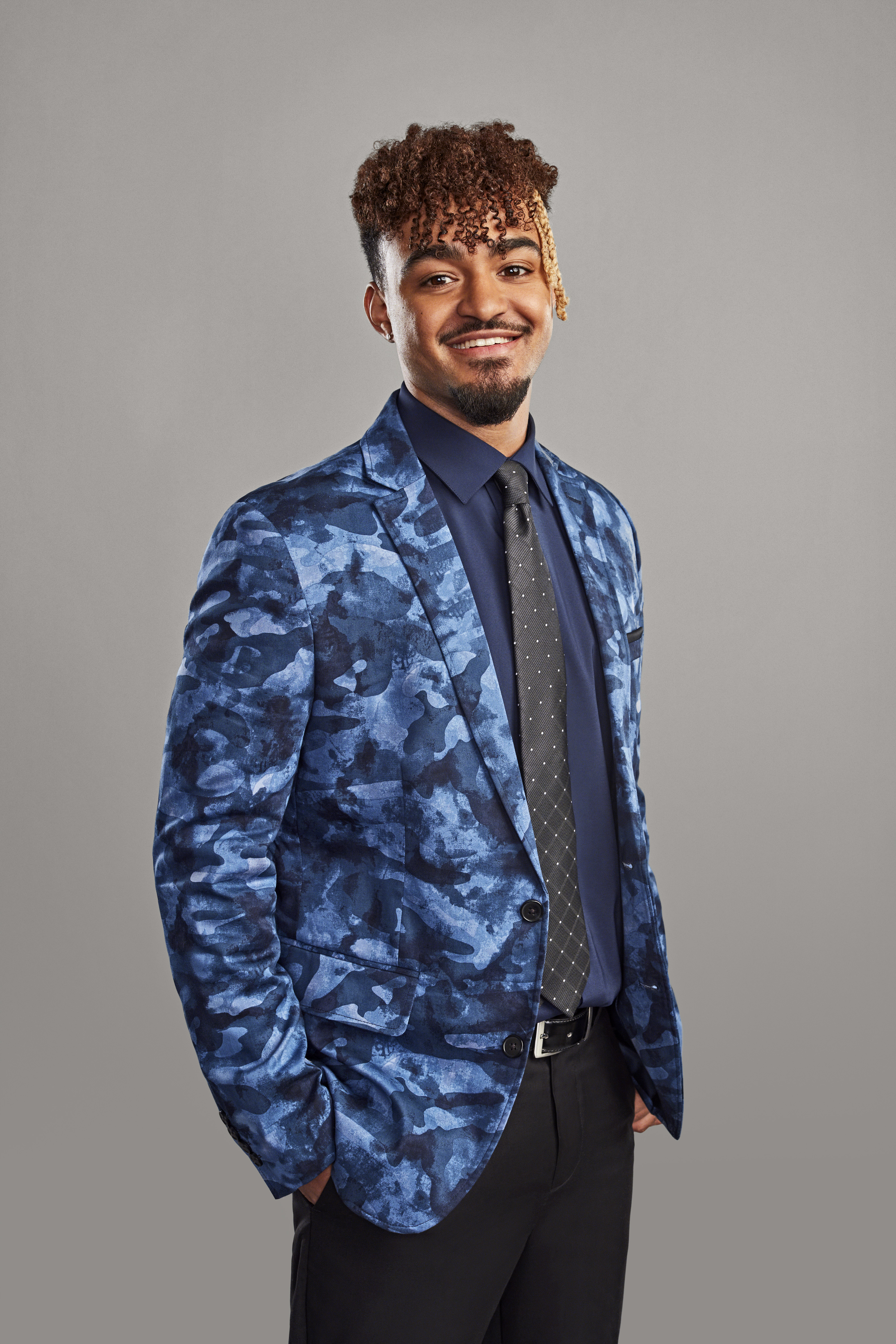 Claim To Fame viewers were convinced that Michael is related to actress of the moment, Zendaya.

He did reveal that his relative is an actress and that her biggest award was an Emmy.

Michael was eliminated in week two after he was unveiled as Zendaya’s cousin, Cubb Coleman. 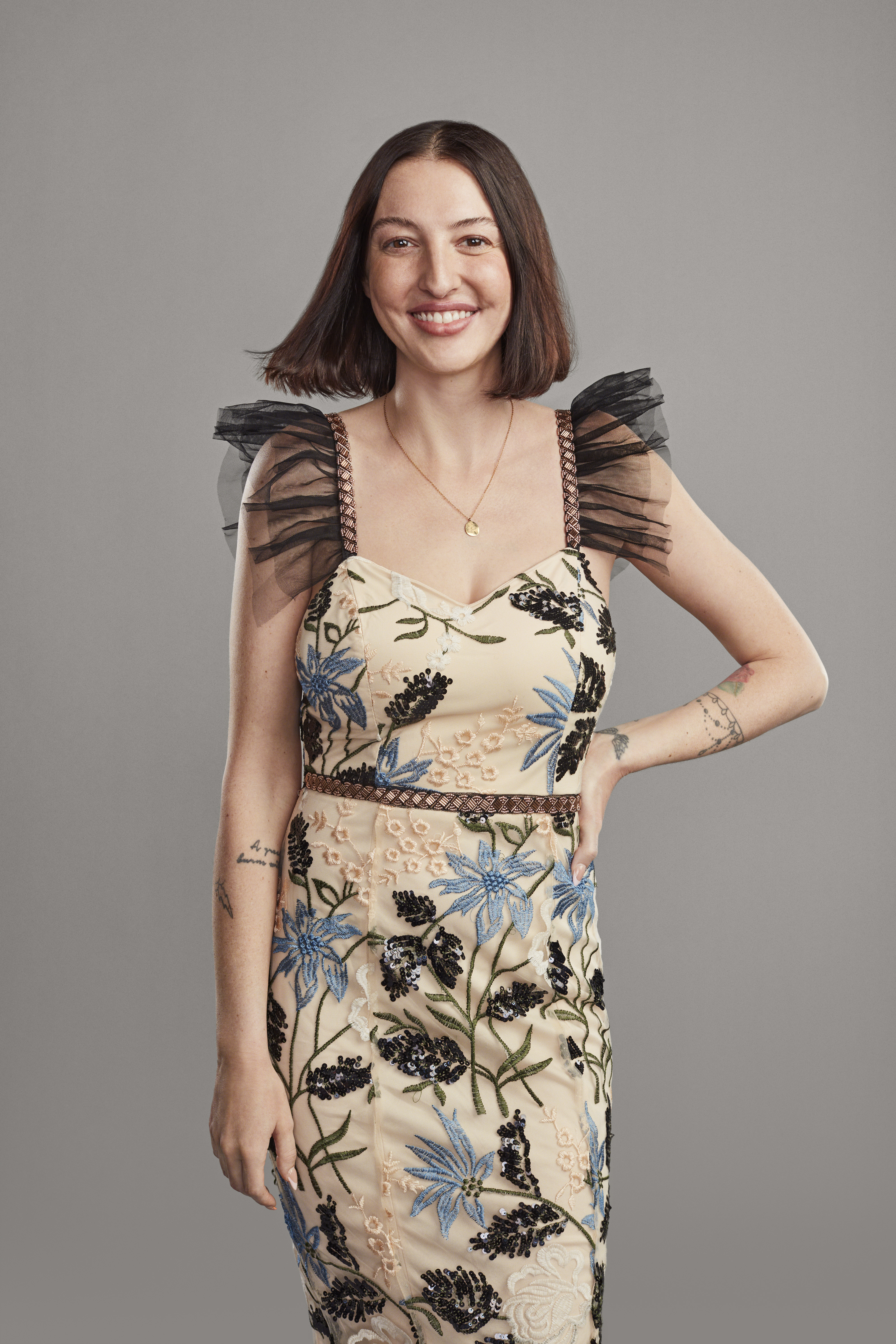 Who is Claim To Fame star Pepper related to?Credit: Getty

Pepper is so far a tricky one to work out.

She is keeping her cards close to her chest and not revealing much.

All we have learned about Pepper is that her relative is a male figure, who is NOT a comedian.

Can you guess who X is related to?Credit: Getty

Claim To Fame followers thought he might possibly be related to Orange Is The New Black star Laverne Cox.

And they proved to be right as X, whose was born Reginald Lamar Cox but is known as M Lamar, was guessed in week three and was eliminated.

Lamar is a composer and played his twin sister’s character pre-transition in two episodes of the Netflix show Orange Is the New Black. 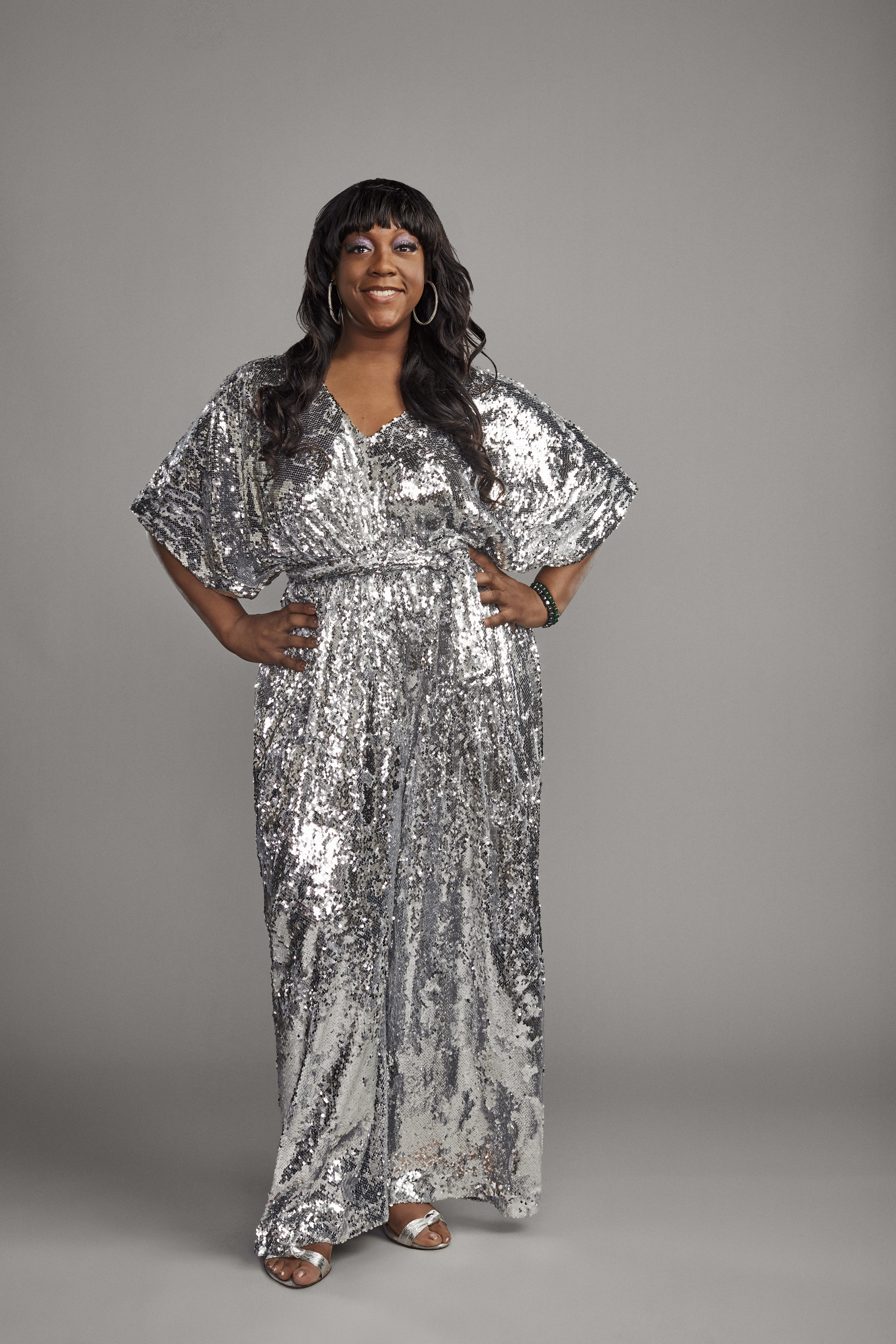 Dominique was revealed to be the daughter of American civil rights activist Al Sharpton.

She was the fifth person to exit the show and said her dad was a staunch supporter, committed to watching her on the show every night.

“He texts me his feedback. I hear that he’s been nodding (off) in the office because he goes to bed early, and the show comes on late,” she told USAToday, adding: “To have his support means a whole lot to me.” 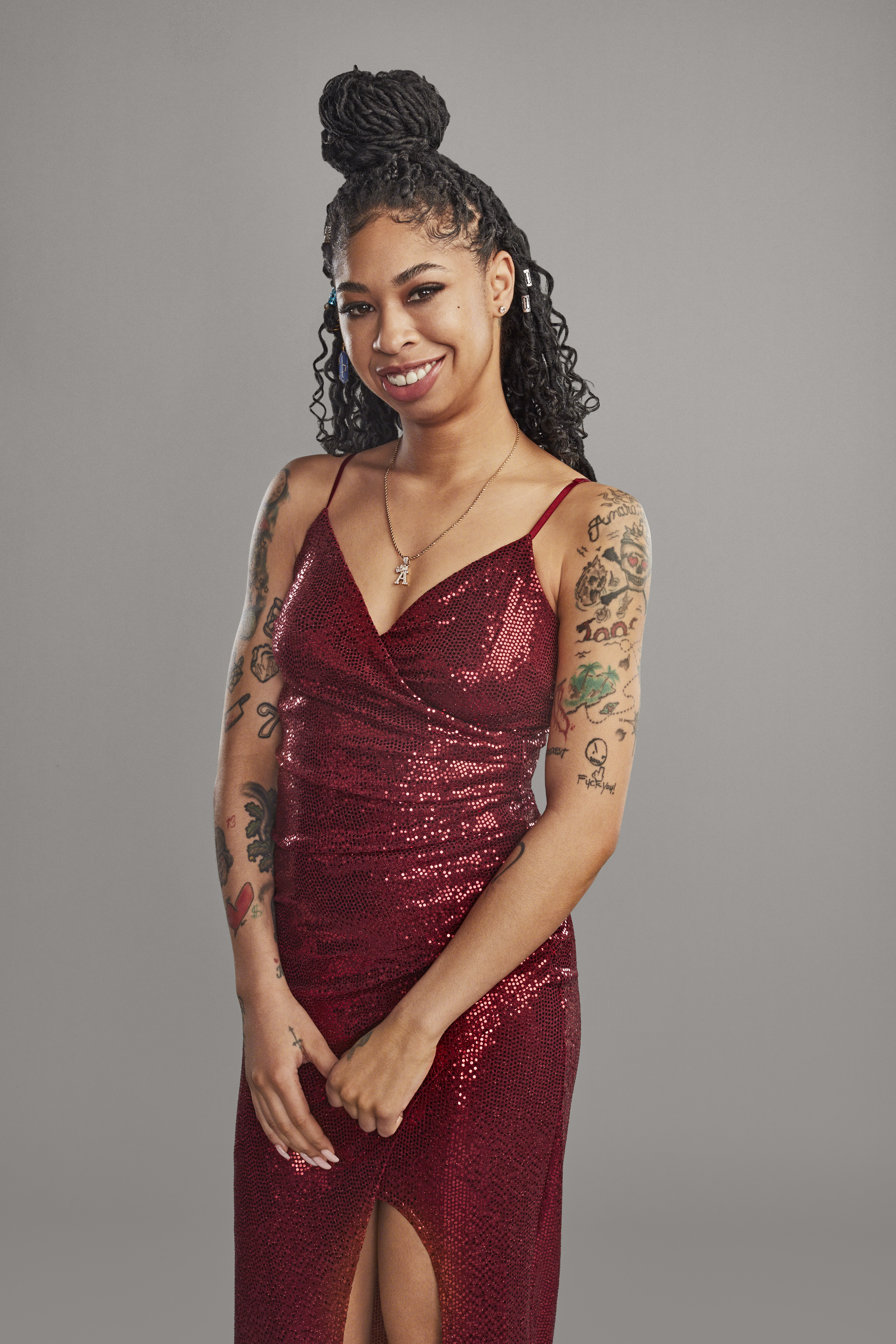 Amara is the granddaughter of Whoppi GoldbergCredit: Getty

Well we know who Amara is related to, and that is Whoopi Goldberg.

She is in fact the Hollywood star’s granddaughter.

One of the clues she gave the rest of the contestants – who are yet to find out who she is – was that her “famous relative is her grandmother”, followed by, “she’s best known for being an actor”. 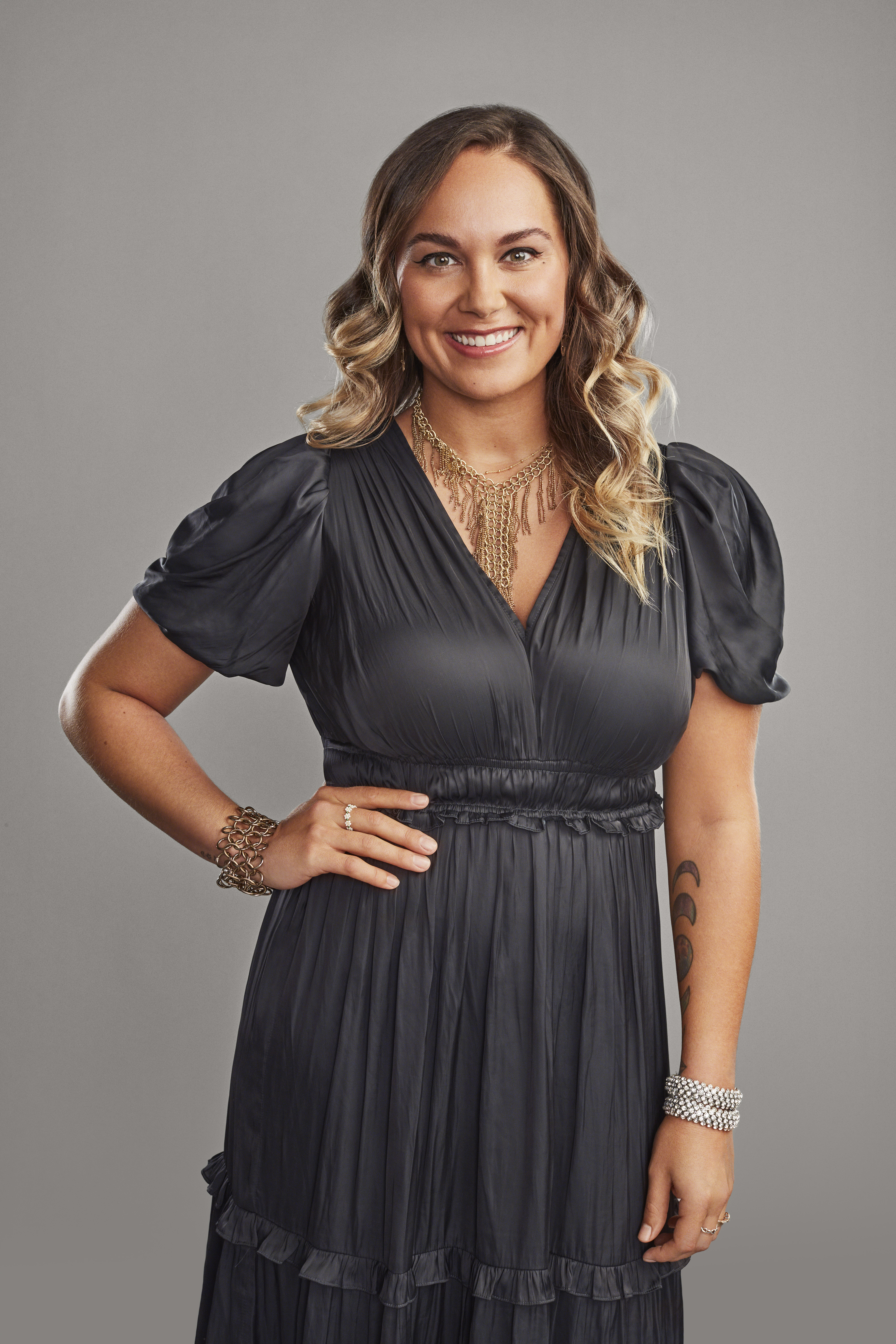 Fans think Brittany has a The Hills relativeCredit: Getty

Brittany said in her promo video she “has to win the game” – but unfortunately for her she’s not winning this one.

Another follower thought she could be related to Melissa McCarthy.

However, it as revealed on Monday, August 1, 2022, that her real name is Brittany Favre-Mallion, and she is the daughter of former Green Bay Packers’ star Brett Favre.

Brittany became the fourth to leave the show. 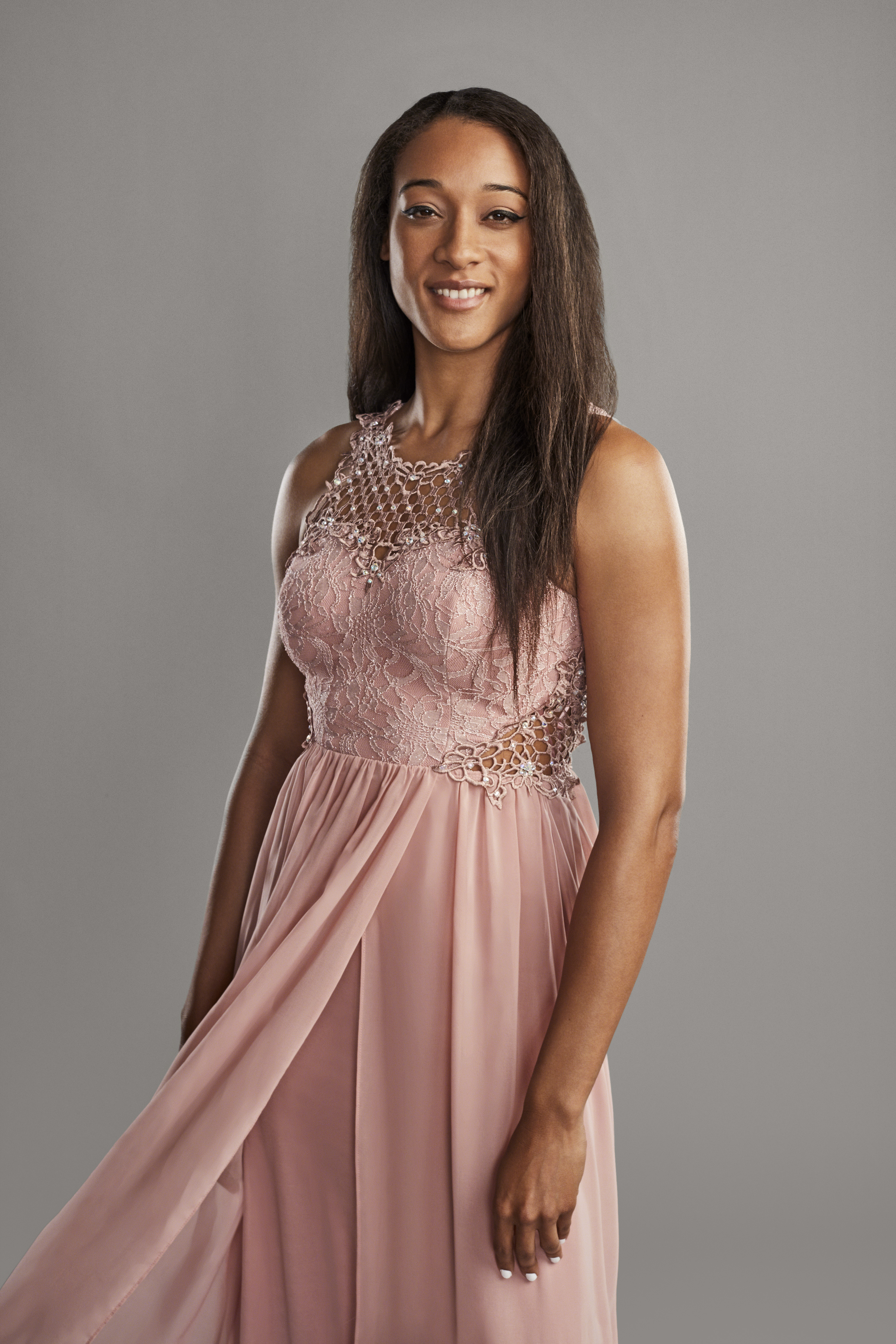 Kai is keeping her cards close to her chestCredit: Getty

We are still no further in working out who Kai is related to.

She has revealed her relative is a famous female and is a Grammy award winner.

But we still don’t know if she is telling the truth or not.

One fan suggested she was related to Tiffany Haddish, and others are backing that theory saying that she is the comedian’s sister. 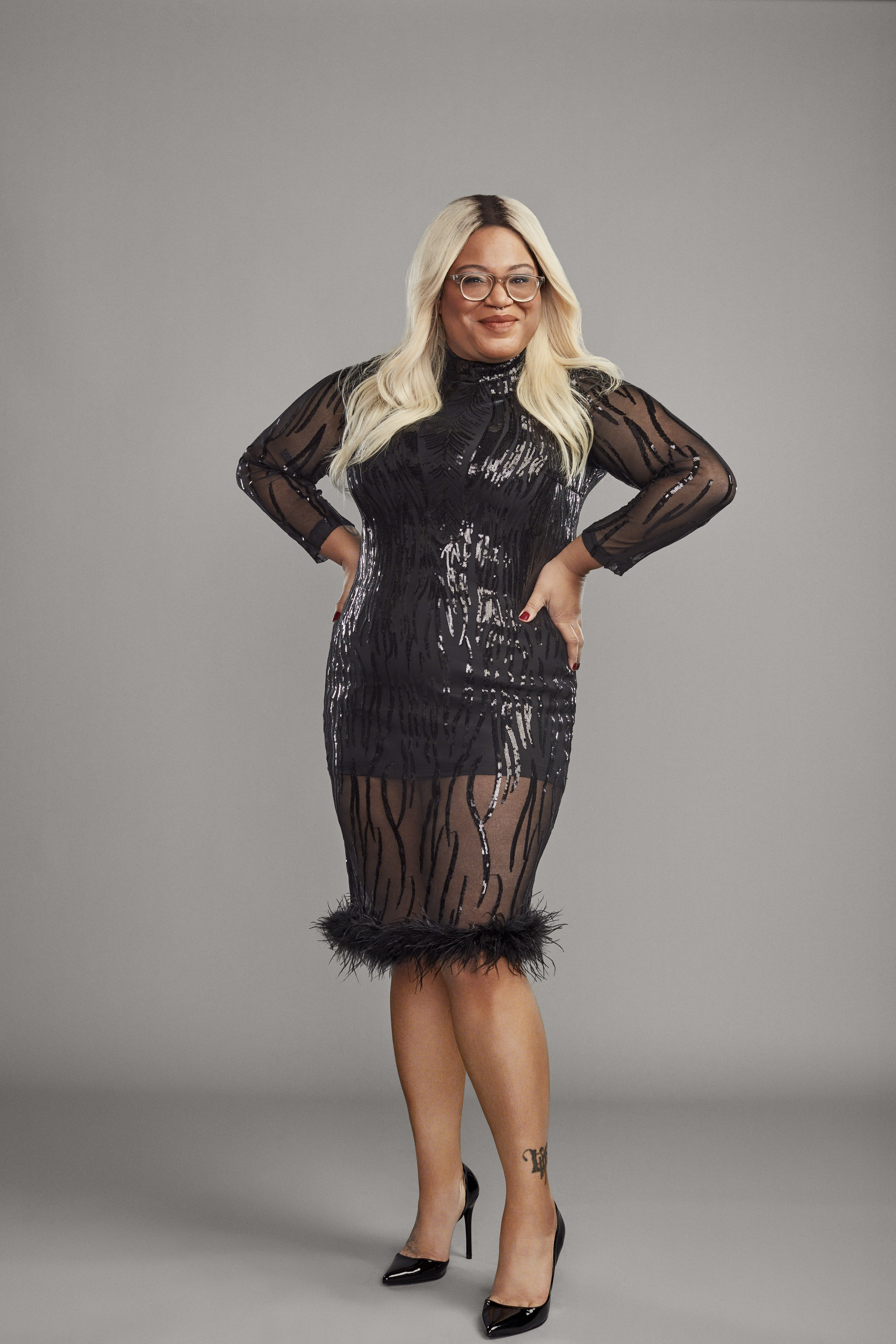 L.C. is hoping to win Claim To FameCredit: Getty

Fans are loving L.C. and already have several theories on who she might be related too.

While another said: “L. C. is related to Samuel Jackson.” 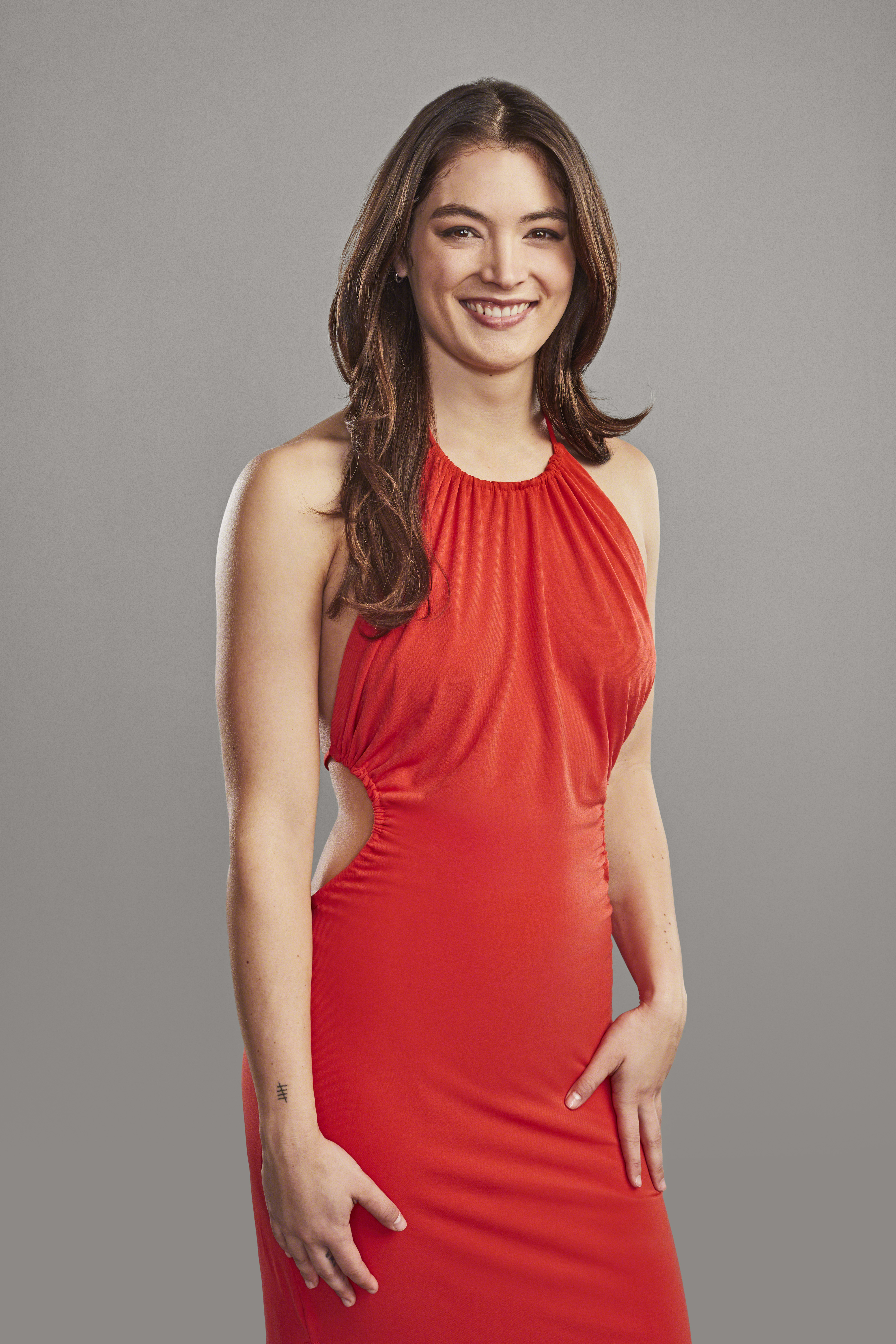 Fans have been busy guessing who Lark might be related to.

Many followers are convinced she is related to Cindy Crawford.

Other fans have suggested her famous family member is Anne Hathaway.

All that Lark has revealed is that her aunt is famous.

How can I watch Claim To Fame?

The show airs on Mondays, at 10pm EST on ABC.

Viewers can watch the show on ABC or on the app.

Folks can also stream the series on Hulu.