CHLOE Ferry suffered multiple wardrobe malfunctions as she partied in the back seat of a Rolls Royce.

Enjoying a night in London with her BFF Bethan Kershaw, the Geordie Shore star showed off her dance moves in a spaghetti strapped black crop top. 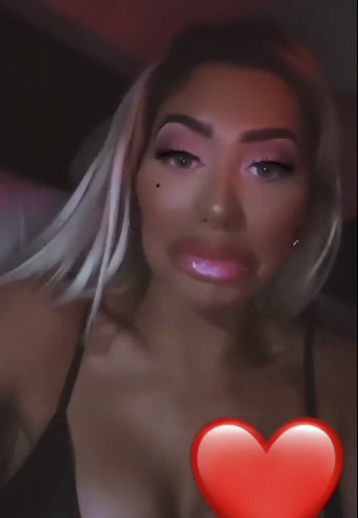 The two women laughed as Bethan leaned over to another car driving past them to sing along to Cardi B’s hit WAP.

In the same moment, Chloe, 25, realised her top had fallen slightly revealing some of her left nipple.

But as the girls cruised around London in their chauffer driven ride, Chloe continued to show off her sexy moves, and had another wardrobe malfunction.

She simply put her red nailed hand over her boob and covered up as she continued to grind in the backseat. 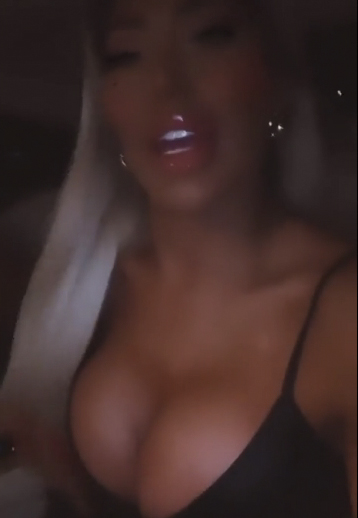 She danced in the backseat as her top kept falling downCredit: Instagram 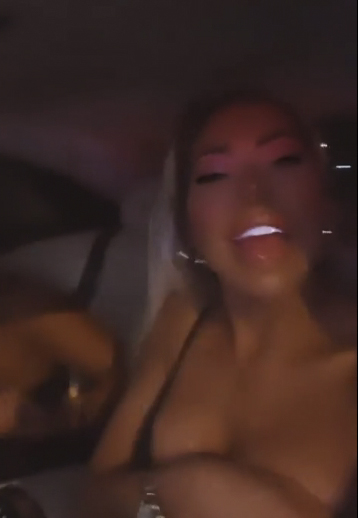 The nip slip did not seem to bother Chloe who just laughed and covered her boob with her handCredit: Instagram

Earlier in the day, Chloe posed in the back seat of the Rolls Royce in a grey sports bra and matching leggins.

“Two for the group chat,” she captioned the raunchy pics.

Chloe had been hanging out with Bethan and Love Island sweethearsts Biggs Chris and Rebecca Gormley as they went on a McDonald’s run in a stretch hummer.

The reality star’s nip slip comes after she told The Sun about her cosmetic surgery after splashing out thousands to achieve her hourglass frame. 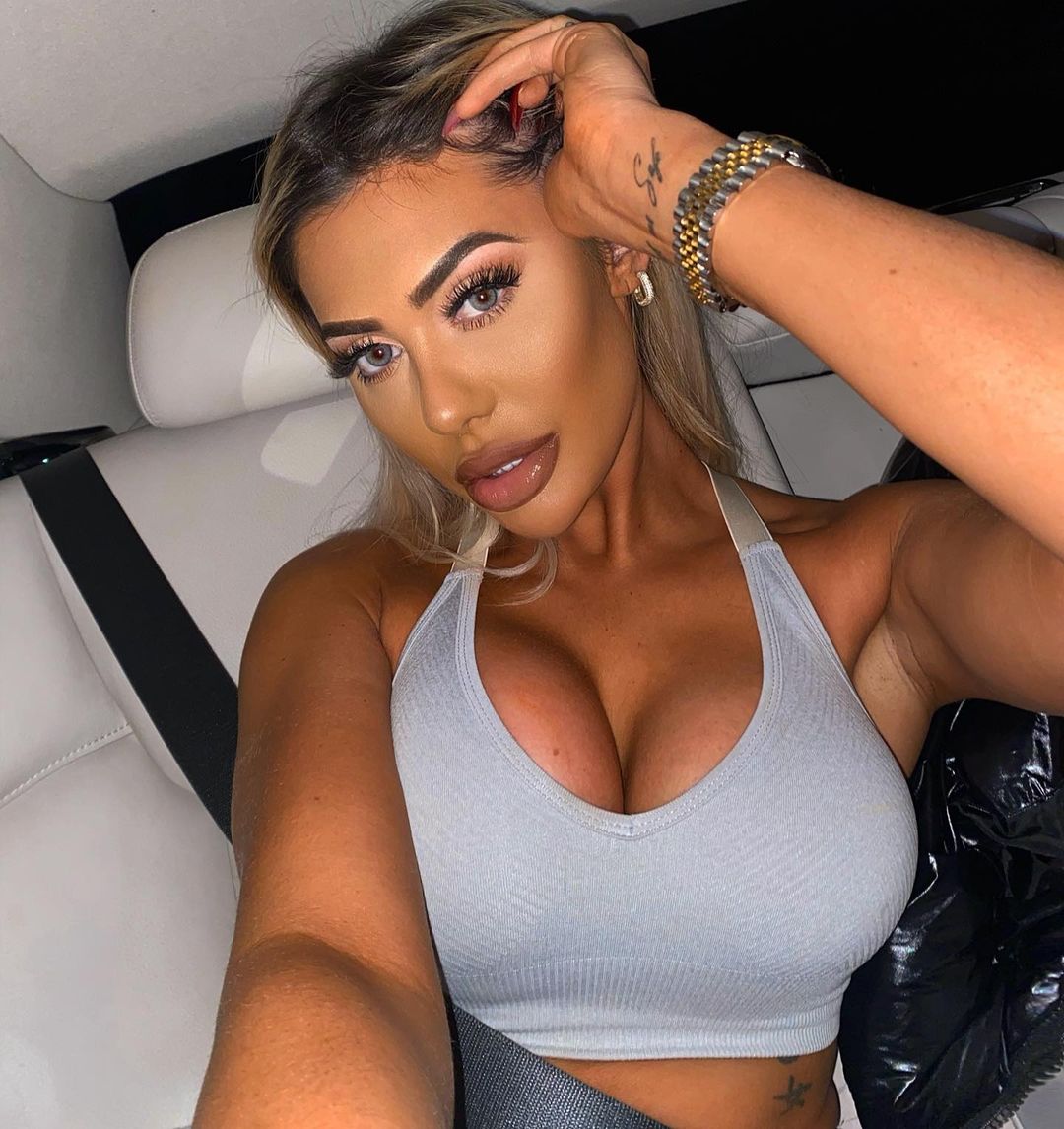 Then last month she jetted to Turkey for boob reduction surgery after losing weight and previously comparing her old breast implants to “dumplings” as she shared her shock at their size.

She’s now told The Sun Online her recent boob reduction is the last of her operations, and she won’t shell out one more penny on going under the knife.

Asked if she had more plans to have surgery, Chloe declared: “No, no more!” 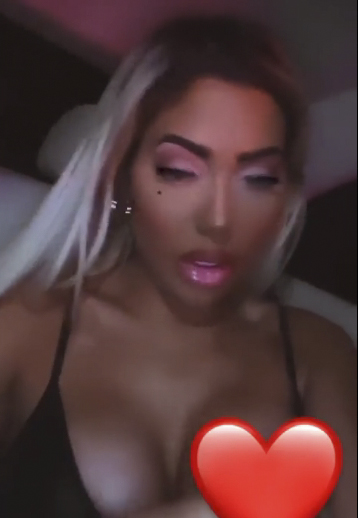 She revealed to The Sun that she spent £50,000 on plastic surgeryCredit: Instagram 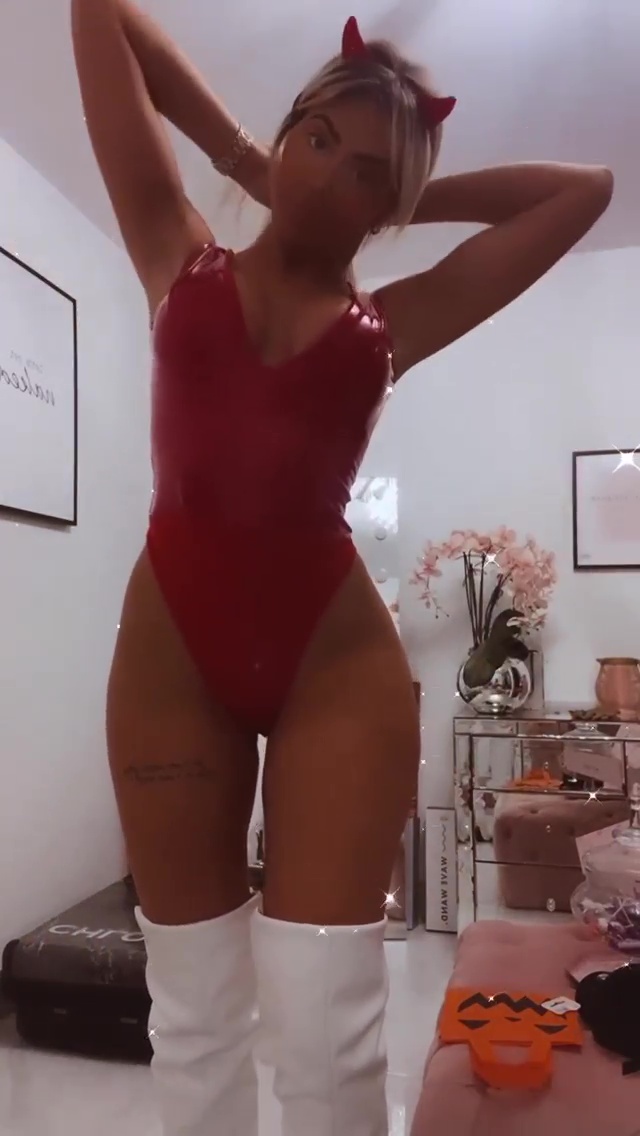 The Geordie Shore admitted becoming addicted to cosmetic surgery but has vowed not to get any moreCredit: chloegshore1/Instagram

The Geordie Shore babe also revealed she achieved her new lockdown figure by embarking on a 1,300 calories-a-day diet.

The Geordie bombshell added about her weight loss: “I felt I had put some weight on after having my boobs done.

“So I’m getting back in there. I have about 1300 calories a day, and obviously, I have chicken, rice, boiled eggs, protein shakes, and all that sort of stuff.”