A CORONER autopsy report determined Tuesday that former corrections officer Vicky White died by suicide from a self-inflicted gunshot wound to the head.

Vicky shot herself after she and her fugitive lover Casey White were captured by police Monday in Evansville, Indiana, ending their 11-day manhunt.

Vicky White’s death has been ruled a suicide from a self-inflicted gunshot wound to the headCredit: Lauderdale County Sheriff’s Office 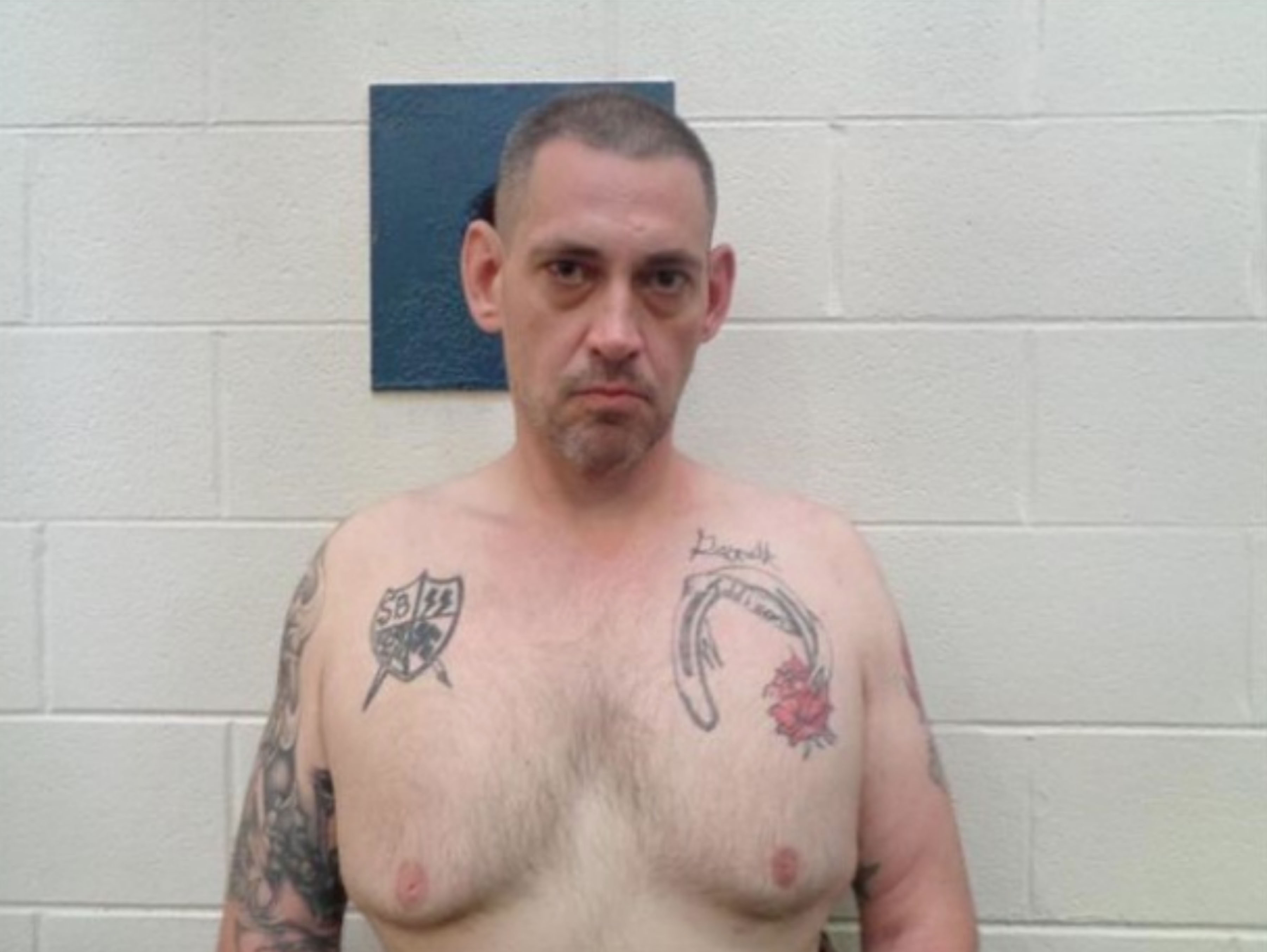 Chilling 911 audio may have possibly revealed Vicky’s last words to Casey as officers closed in on the couple’s vehicle. Vicky could be heard saying, “Airbags are going off. Let’s get out and run.”

New footage showed Casey being escorted to the Lauderdale County Courthouse by a group of officers in bulletproof vests.

He could be seen in a yellow jumpsuit with his hands in cuffs as he was led to his arraignment.

The pair was located at a hotel before taking authorities on a brief car chase in Evansville, Indiana that lasted “less than a few minutes,” Vanderburgh County Sheriff Dave Wedding said.

Back in Alabama where the two disappeared, Lauderdale County Sheriff Rick Singleton explained that Casey White was driving the vehicle while Vicky White was a passenger.

However, Evansville Police believe that Casey may have been the driver instead.

He said at some point during the police pursuit, their vehicle was involved in a wreck. Casey surrendered while Vicky was taken to the hospital.

“What I am very thankful for tonight is that no one was hurt, no citizens were hurt, no law enforcement officers were hurt as a result of this escape,” Singleton said.

His remarks came as officials in Indiana confirmed that Vicky shot herself and was in very serious condition afterward.

Hours later, Wedding gave an update on Vicky’s injuries, saying that she was in grave condition. The local coroner then confirmed that she died at the hospital.

The two fugitives were expected to be brought back to Alabama for arraignment on new charges following their capture. Casey White has been charged with escape, said Singleton, and Vicky was facing multiple charges.

“We’ve already made arrangements for the Department of Corrections, he [Casey White] will be brought here for arraignment. If it’s 2 o’clock in the morning, it doesn’t matter. The judge has agreed to come out.”

Before her death, Singleton said that he hoped Vicky would survive and that authorities in Alabama wanted answers from her.

“We don’t wish any will ill on Vicky in terms of her health or wellbeing but she has some answers to give us,” he said.

“I had every bit of trust in Vicky White. She had been an exemplary employee. And what in the world provoked her, or prompted her, to pull something like this, I don’t know. I don’t know if we’ll ever know.”

The vehicle the two were driving in is believed to have been stolen in Tennessee and was driven nearly 175 miles to Evansville, investigators said.

Photos of an abandoned blue Ford F150 were released by US Marshals earlier on Monday. The vehicle was found at a carwash in Evansville.

James Stinson, who manages the carwash, told NewsNation that he noticed the truck had been at his business for several days.

Stinson said that he called local police, who told the man that he could have the truck towed, which he did.

Days later, on Sunday, he checked surveillance footage and noticed Casey and Vicky near the vehicle and immediately told authorities.

When asked what he thought of how the manhunt ended, Stinson said he knew that it would turn out this way.

“If a local cop had pulled them over, he [White] would’ve shot them. It took a team of law enforcement to do this,” he said.

Stinson urged community members to come forward with information in the future, adding: “See something, say something. It works.”

Alleged lovers Casey and Vicky led police on a 10-day manhunt after the two fled the Lauderdale County, Alabama, jail at around 9.30am on April 29.

Vicky, 56, was captured on surveillance video holding the door open for a shackled White, 38, with a second angle showing them getting into a marked patrol car and driving away.

The sheriff’s squad car seen in surveillance video was found in the parking lot of a local shopping center, with both Whites nowhere in sight.

The two are not related despite having the same last name.

As the county’s assistant director of corrections, Vicky “was frequently throughout the cell blocks, has contact with all the inmates at one time or another,” Lauderdale County Sheriff Rick Singleton told CNN.

Through the investigation, detectives learned that Vicky sold her home for under-market price, and was set to retire from her job as a high-ranking female corrections officer on the day the duo disappeared.

On the day of the prison break, Vicky told her colleagues around 9am that she was taking White, a murder suspect, to the county courthouse for a mental health evaluation.

She also told her coworkers that she felt ill and planned to see a doctor afterward.

No one realized that the two were missing until around 3.30pm.

As the search intensified, police warned the public that the two were considered dangerous and may be armed with an AR-15 rifle, handguns, and a shotgun.

Following their disappearance in northwest Alabama, an arrest warrant was issued for Vicky on charges of permitting or facilitating escape in the first degree.

Singleton initially told reporters that while it was clear Vicky participated in White’s escape, it was unclear whether she did so willingly.

This is apparently not the first time Casey White has attempted to escape custody.

The son of his alleged victim said that White attempted to break out of the same jail in October 2020, shortly after an alleged confession to the cold case murder of Connie Ridgeway, a 58-year-old mom of two who was stabbed to death during a home invasion in 2015.

White was already serving time for a 2015 crime spree that involved a home invasion, carjacking, and a police chase, according to the US Marshals.

He reportedly confessed to Ridgeway’s murder and was awaiting trial at the Lauderdale jail when he disappeared.

Ridgeway’s son, Austin Williams, told The US Sun that he feared for his safety, as well as the safety of the general public, while Casey White remained at large.

“He’s a very dangerous person with a violent history and anyone who comes into contact with [Casey and Vicky] needs to contact 911 right away,” Austin said.

“This is a six-foot-nine, 250-pound man who broke into a woman’s apartment and stabbed her to death,” he alleged.

“Anyone who crosses his path is in a huge amount of danger … there’s no limit to what he might do.”