Welcome to our live coverage of the second leg of the Champions League Last 16 tie between Chelsea and Atletico Madrid.

The Premier League side have the advantage following a 1-0 success in Bucharest three weeks ago, an away win settled by Olivier Giroud’s outrageous overhead kick.

The Blues aren’t ones for giving up positions of dominance either. On all 13 previous occasions in which the Londoners have taken a Champions League lead back to the Bridge, they have progressed to the next round.

However, the home side are without some key personnel for the return. Thiago Silva and Tammy Abraham are still injured, while Mason Mount and Jorginho are suspended following their yellow cards in Romania; the midfield pair have accounted for six of Chelsea’s 13 goals since Thomas Tuchel took charge.

The German head coach remains unbeaten following his January appointment, and has yet to see his team concede a single strike on home soil. More of the same tonight will see them through to the quarter-finals.

Atletico failed to do their status as La Liga leaders justice in the first leg, but can call upon the memories of their most recent trip to England for inspiration.

A year and one week ago, the Spanish outfit stunned Liverpool at Anfield, long before it became a regular occurrence. Atleti’s 3-2 win in extra-time completed a 4-2 aggregate success that dumped out the Premier League’s runaway leaders, and took the Madrid side through to the Last 8 for the fifth time in seven seasons.

Diego Simeone has the kind of options that evaded him in the first game with Kieran Trippier, Yannick Carrasco and Jose Gimenez all available for selection, while the Argentine has confirmed that Joao Felix will start despite a recent spell on the bench.

We’ll have confirmation of tonight’s teams from UEFA shortly before the action gets underway in London at 8pm. 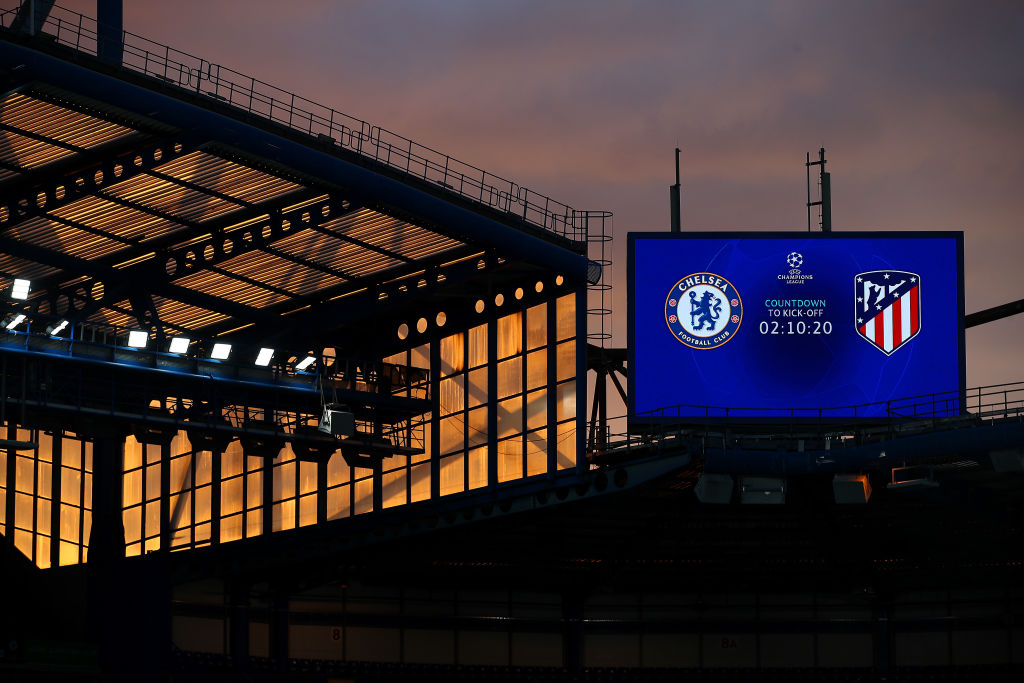