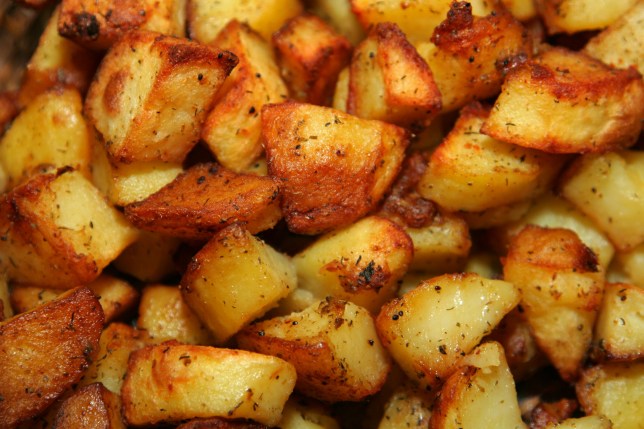 Roast potatoes are perhaps the most popular part of a Christmas dinner, but this hack can make them even better
(Picture: Ever/Getty Images/iStockphoto)

Crispy on the outside and soft on the inside – the perfect roast potato can transform your Christmas dinner into something to savour.

It’s the cornerstone of the roast dinner, and every budding chef has their own technique when it comes to serving up dream roasties.

This festive season, however, you might want to follow the advice of Tom ‘Westy’ Westerland, head chef at Crockers Henley in Henley-on-Thames as he shares his own trick to achieve gloriously crispy roast potatoes.

Sharing his secret with the Daily Star, he outlined his ‘seven minute shuffle’ method, which many of us will no doubt be trying to emulate in just a few short weeks’ time.

‘The first important factor is choosing the potato – you need a dirty potato like a Maris Piper or a King Edward,’ he explains.

‘Dirty potatoes have a lower sugar content in so they crisp up better without burning.’ 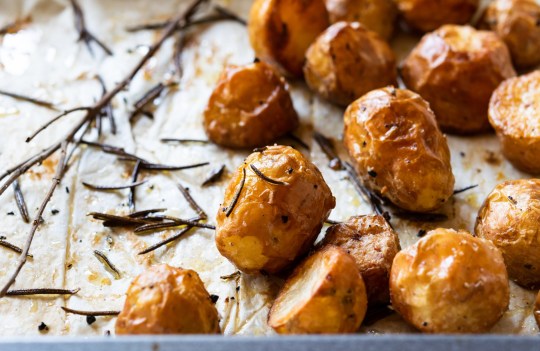 Get those roasties crisp on the outside and fluffy in the middle (Picture: Getty Images)

He then goes on to encourage us to peel our spuds and cut them into ‘roast potato shape’ – that is, to give them as many edges as possible to encourage utmost crispiness.

‘We then cover them with cold water and a good handful of salt. Bring them to the boil, and then rapidly boil them for seven minutes,’ he continues, before explaining the ‘seven minute shuffle’ itself.

Simply drain the potatoes, and then ruffle them with some rock salt in a colander.

He finishes his tutorial: ‘We then preheat an oven tray with beef fat at 200 degrees Celsius and plunge the potatoes into it. Roast them at a high heat until golden and crispy.’

Just finish them with some smoked rock salt, and you should have the perfect roast potatoes – Christmas might be a little different this year, but you can still make your dinner dazzle.