A CHAMPION jockey was fined £10,800 and banned from riding after breaking whip rules during the richest race on turf.

Australian jockey Nash Rawiller, 46, finished an eye-catching third on Eduardo in the £8million Everest at Randwick racecourse on Saturday.

The Joseph Pride-trainer 16-5 shot landed connections a monster £786,516 for his place, with Rawiller pocketing around ten per cent of that.

However, upon review of the footage, stewards noticed Rawiller’s excessive use of the whip.

He struck Eduardo nine times, four more than permitted, prior to the final half furlong of the race.

Rawiller said he was ‘shocked’ upon learning how many times he hit the horse.

But this was the sixth time in the past 12 months he had been charged by New South Wales officials over whip breaches.

The jockey, who pleaded guilty to charge, had also been brought up on whipping infractions on three occasions in Queensland in the past year.

Rawiller was hit with a £10,800 fine and banned from racing until Friday, October 29.

He said of his ride on Eduardo: “He’s not a horse I really punish. He’s a confidence horse.

“I try to persuade him rather than overdo things.

“I just feel he hit that flat spot over, say, 100 metres, and I hit every second or third stride and I obviously used up my strikes before the 100.

“I normally would have just given him two or three.

“I don’t even think it was in the heat of the moment. I was trying to build my momentum and it was more a horsemanship thing that anything.

“I’m actually shocked I hit him that many times.” 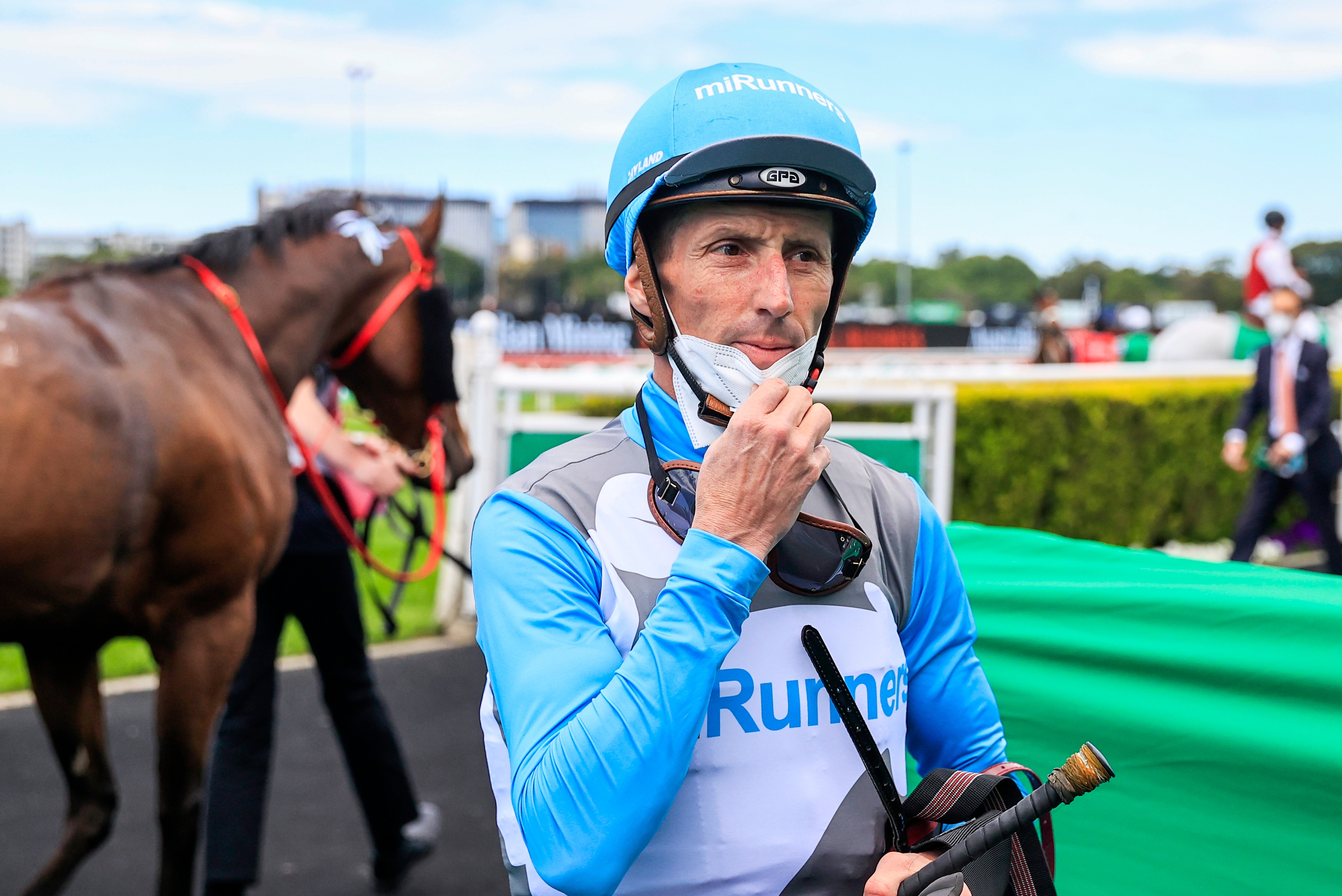 Rawiller was whacked with a £10,800 fine for breaking whip rulesCredit: Getty