FBI agents are searching for US Capitol rioters who viciously beat a cop while chanting “kill him with his own gun.”

Michael Fanone, a 40-year-old cop with Washington, DC’s Metropolitan Police Department, was attacked by seven men on January 6, who struck him with a Thin Blue Line flag. 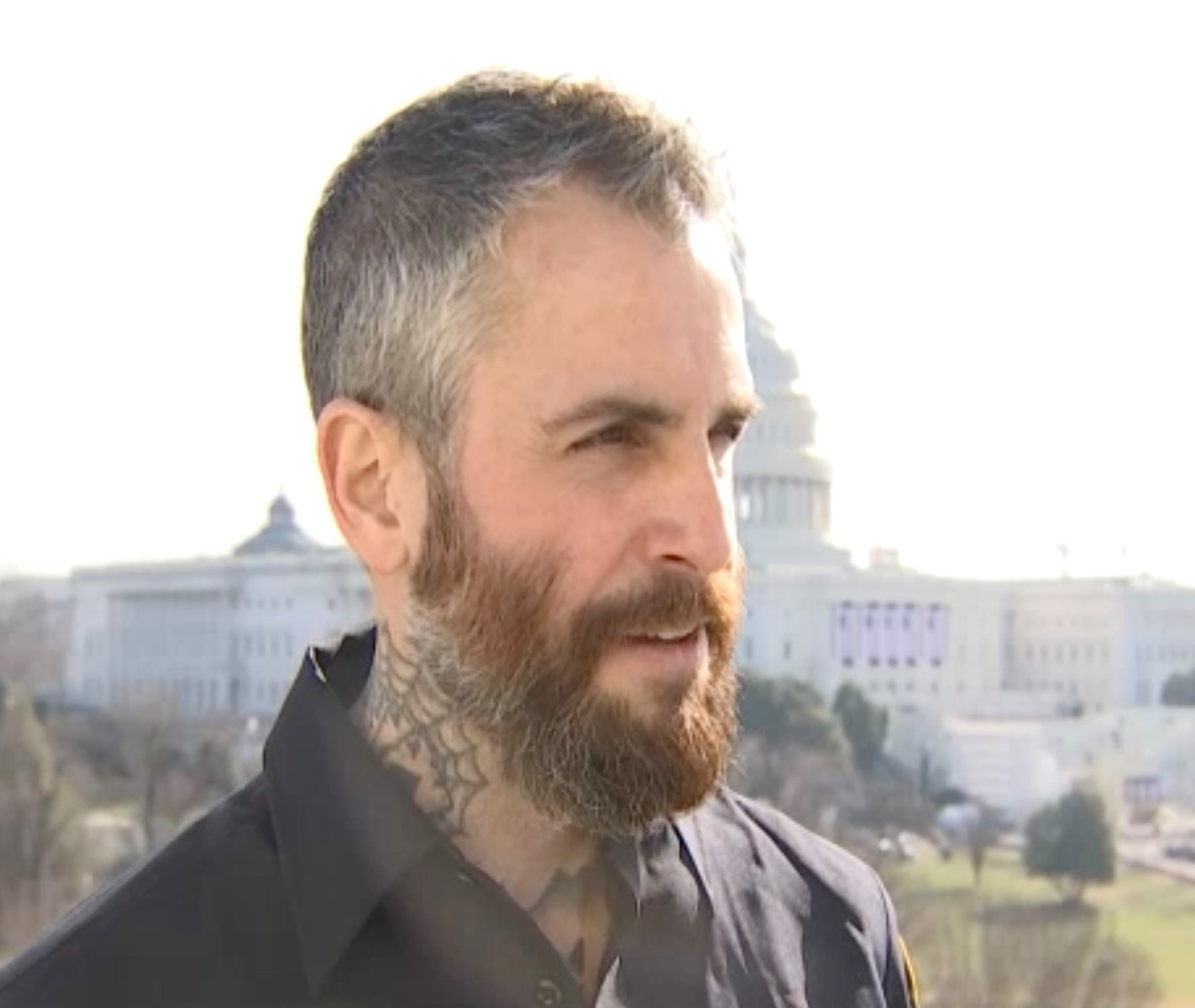 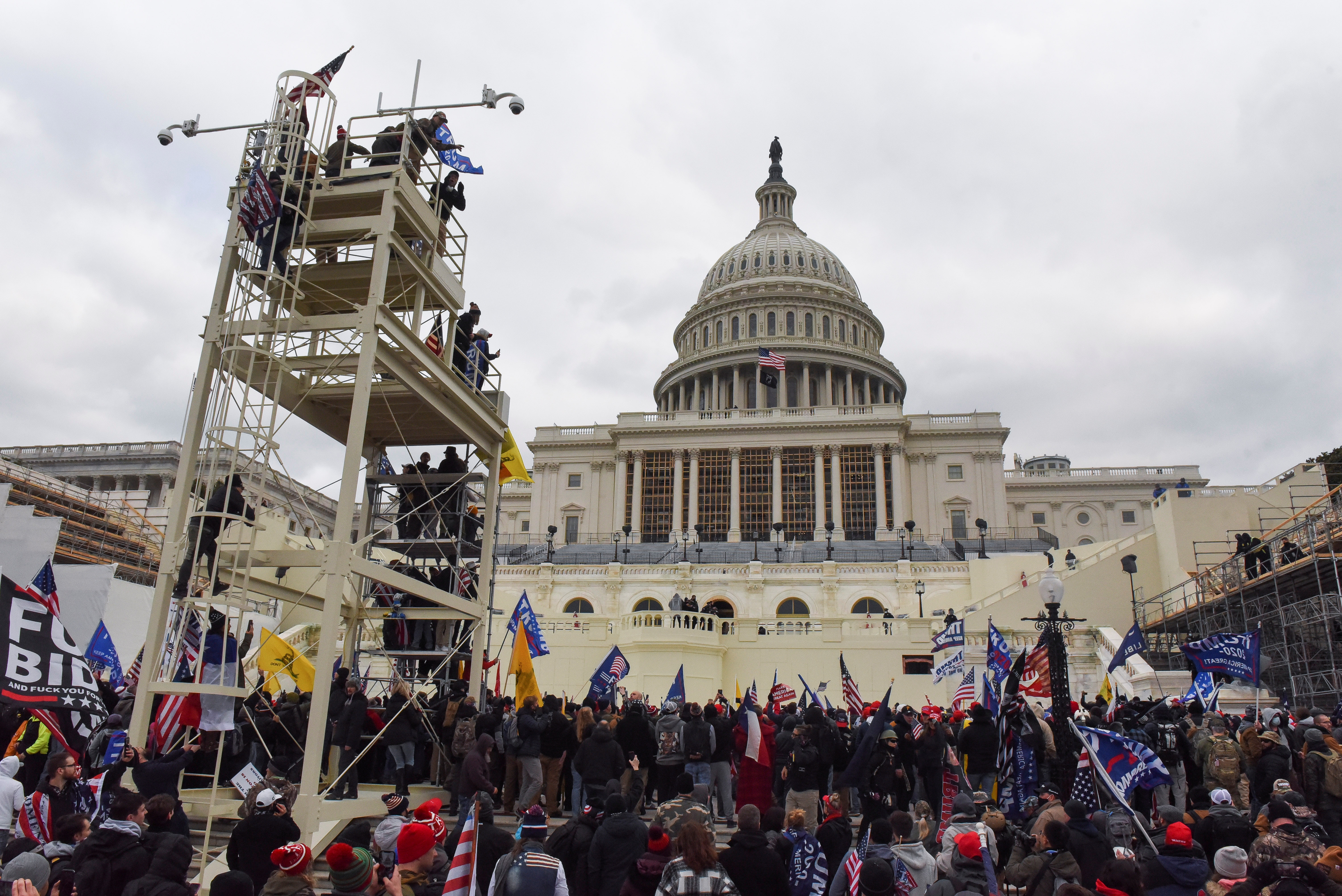 The dad-of-four was brutally beaten while trying to defend lawmakers on January 6.

He told WRC-TV that he is off work while recovering from a mild heart attack after being struck until he lost consciousness.

Fanone heard one of his attackers shout: “We got one! We got one! Kill him with his own gun!”

During the siege by Donald Trump supporters, he was Tasered multiple times and beaten with a “Thin Blue Line” flag. 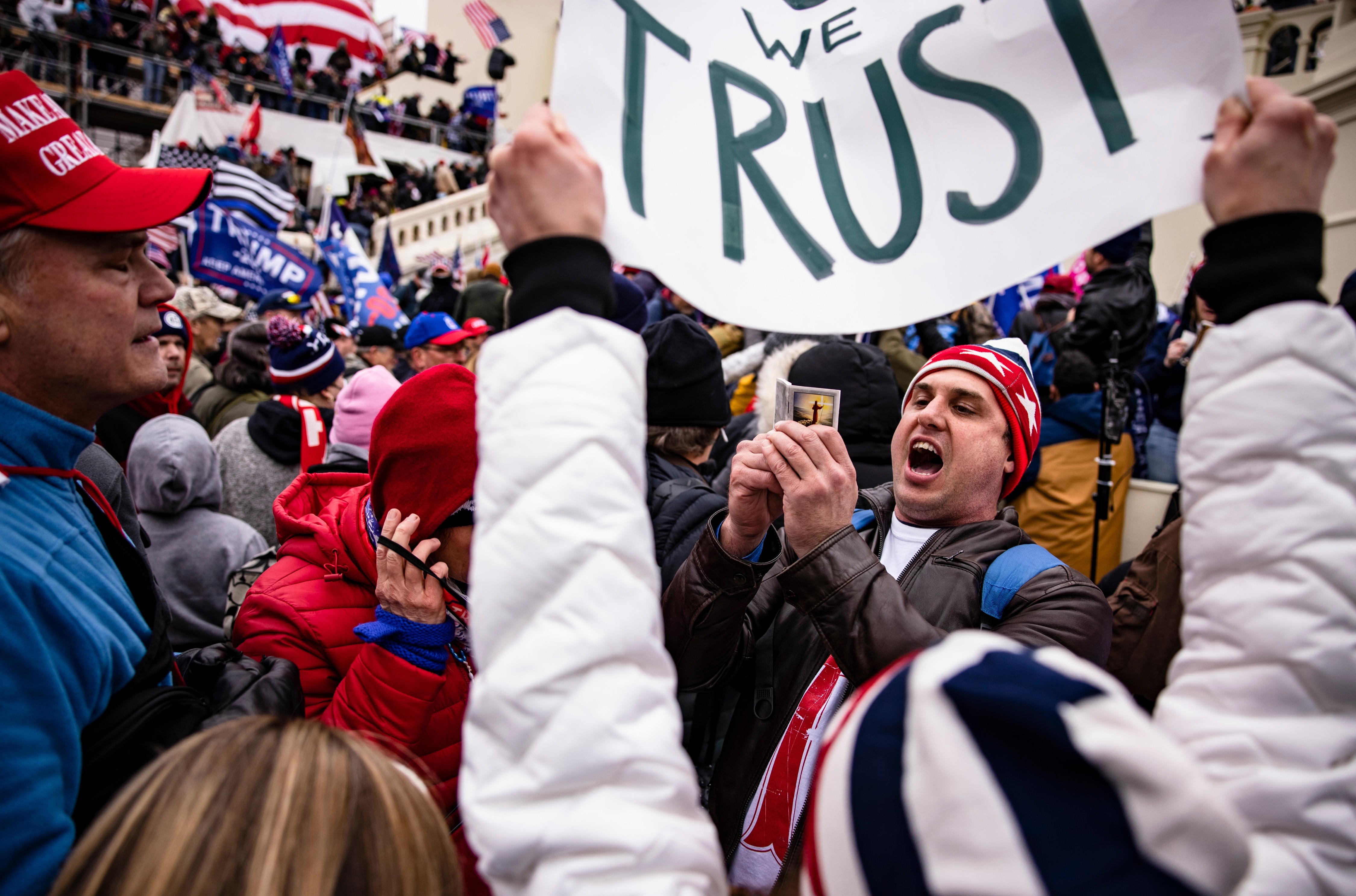 This flag features is the American flag, but instead has a single blue stripe and is otherwise completely black and white. It’s used to show support for police.

Flying the flag is regarded as an acknowledgement of and recognition of all the officers who have died in the line of duty – a token symbol of the Blue Lives Matter movement.

Fanone told the local NBC station: “I was being beaten with a thin blue line flag, which you know, how ironic is that?

“As I waded through the officers I was yelling out, ‘Who needs help, who needs a break.’ Nobody was [replying], ‘I need a break.’

“Guys were grabbing at my gear – I had my bag ripped off, my radio was ripped off, one of my ammunition magazines was stripped from my belt.

“And guys were trying to grab my gun, and they were chanting, ‘Kill him with his own gun.’

“And I started thinking, maybe I can appeal to somebody’s humanity and I started yelling that I have kids.” 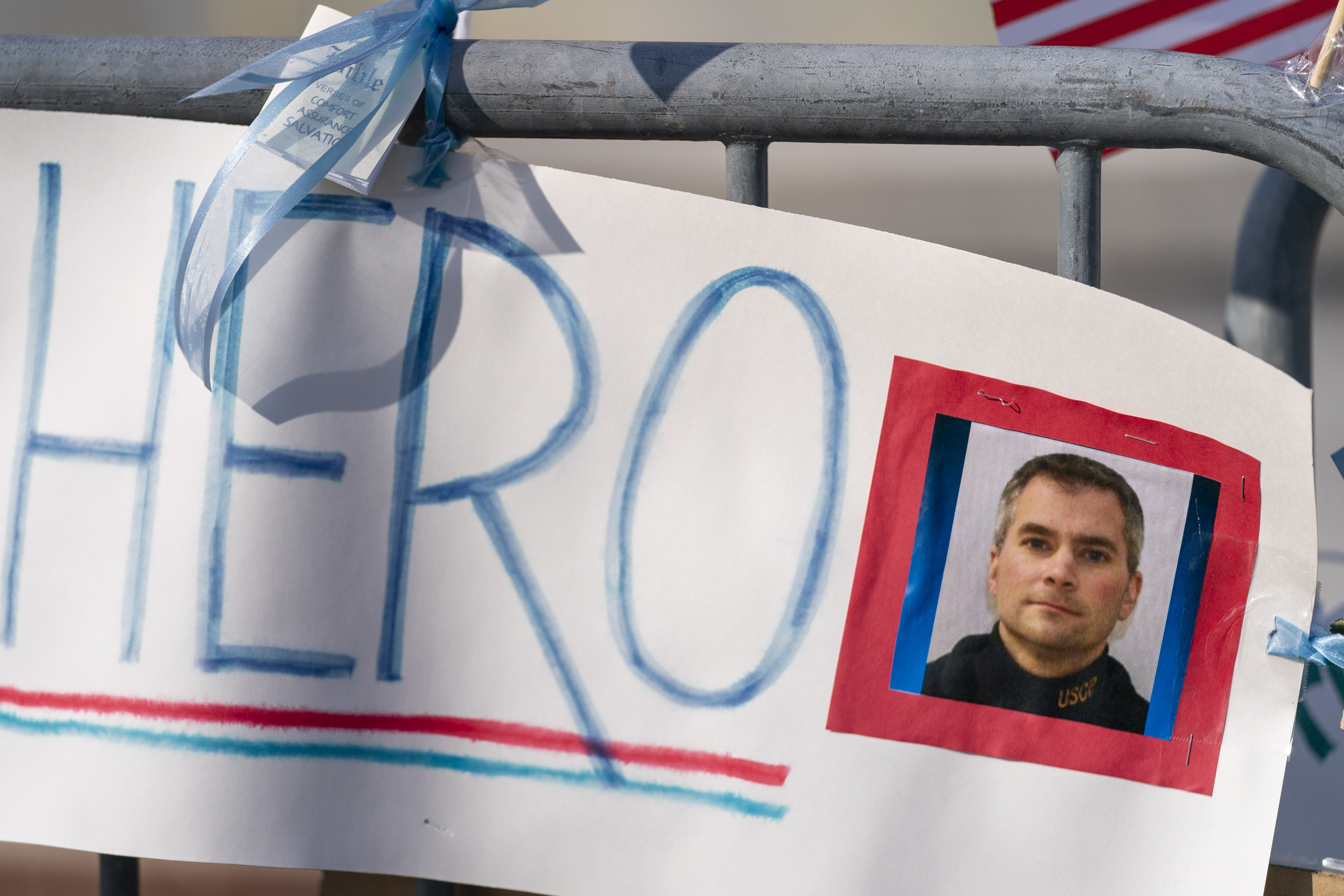 A memorial for US Capitol Police Officer Brian Sicknick, who was killed during the siegeCredit: AP:Associated Press 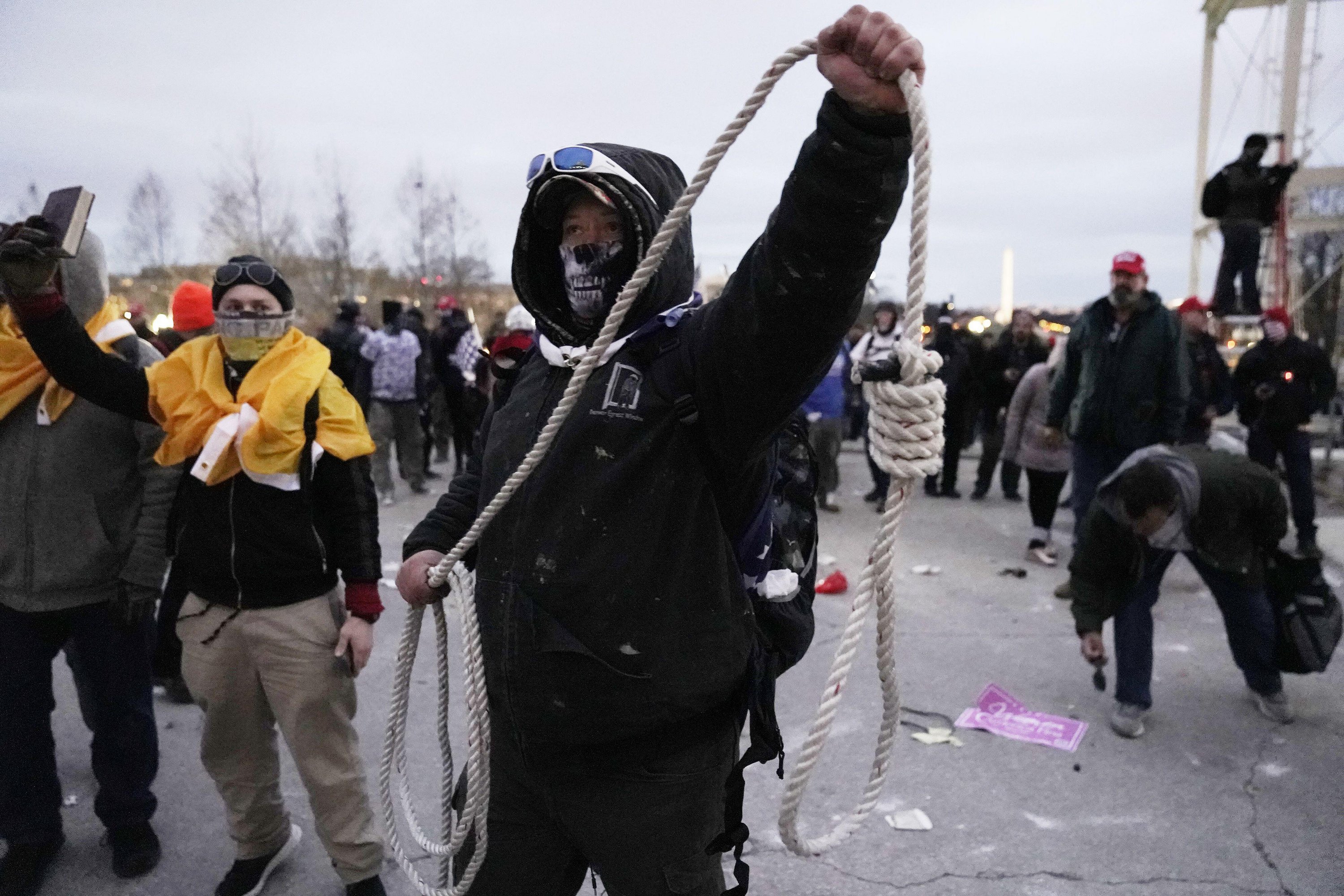 One rioter brought a noose to the buildingCredit: Alamy Live News 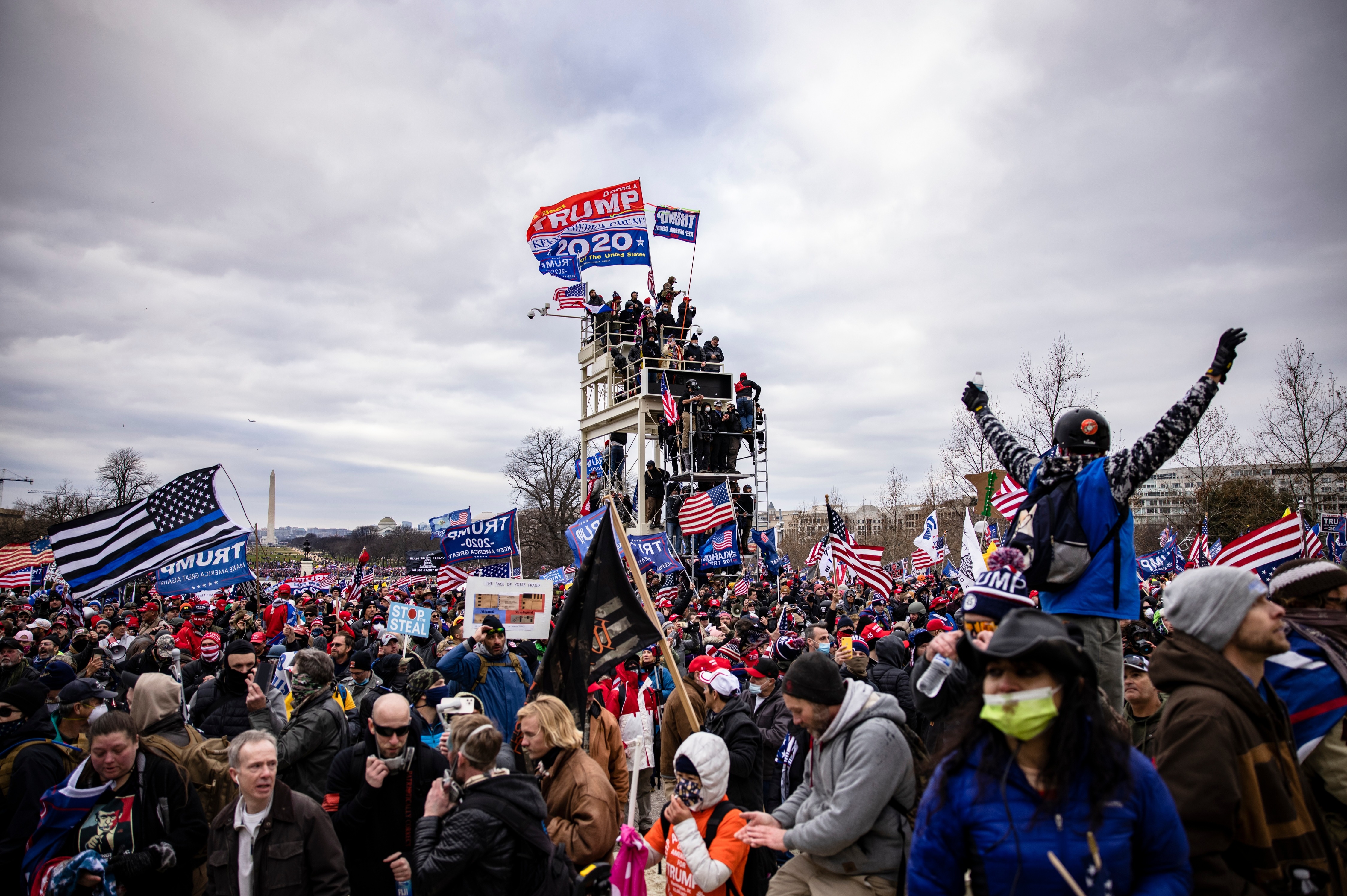 Thousands of people were gathered at the event in support of Donald TrumpCredit: Getty Images – Getty 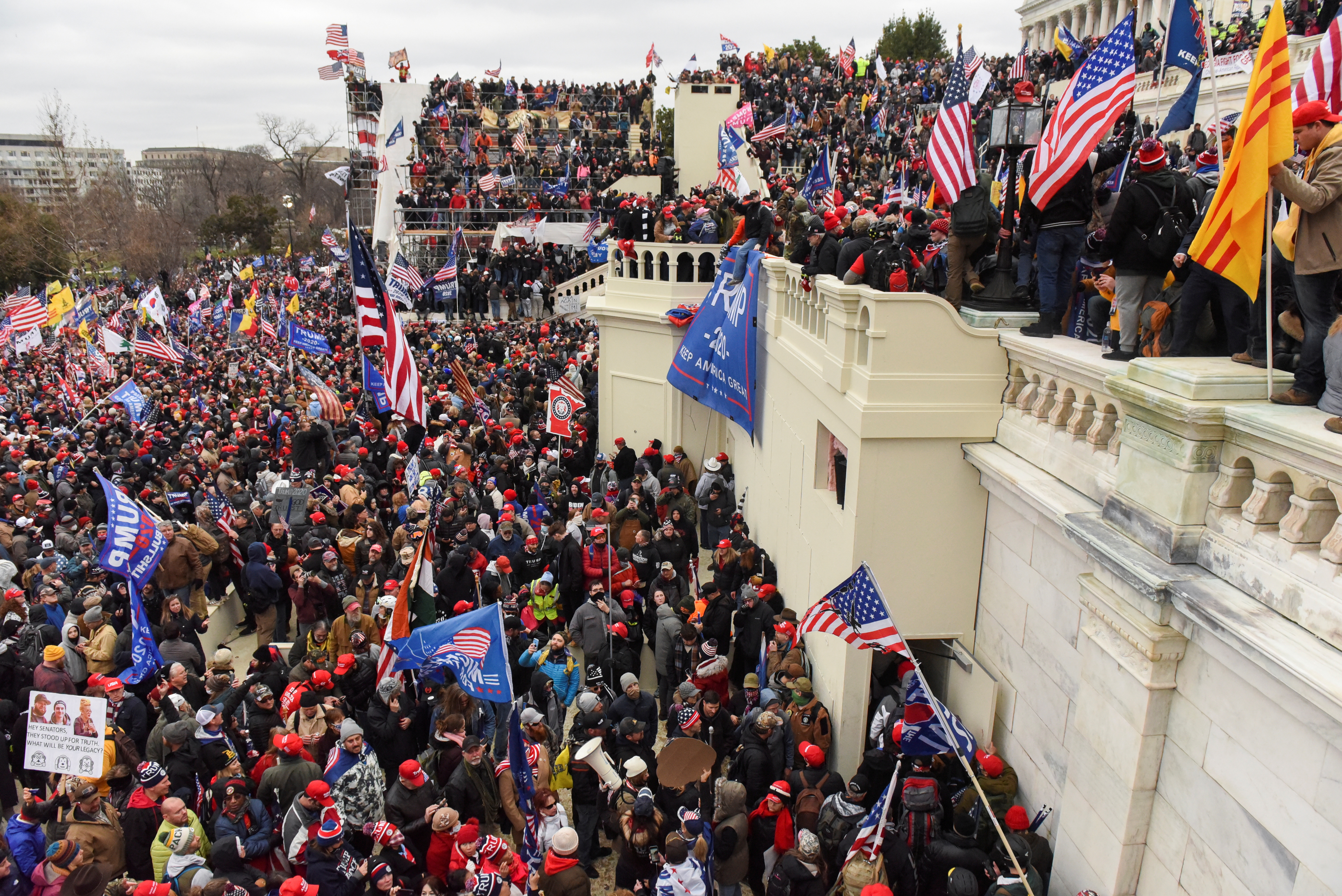 He added: “I suffered a heart attack as a result of my injuries – a mild heart attack, but I still have medical appointments and what-not before I get cleared to come back [to work].

“The people that helped me, you know, thank you, but f**k you for being there.”

“They were spraying officers with bear mace… they were throwing metal objects, metal poles, you name it, they wanted to get through [to the Capitol].

“It was just chaos.

“At the end of the day, we just wanted to go home to our families and we needed to protect the Capitol before we did that.”

She added: “It was just constant, you’d go back into battle and then, boom, you’re shut down again.

“I remember seeing all of these officers, their bravery, and their heroism, their hurt and they’re down for the count for a little bit.

“The second they could open their eyes, they’re back in. Because they know this is your duty.” 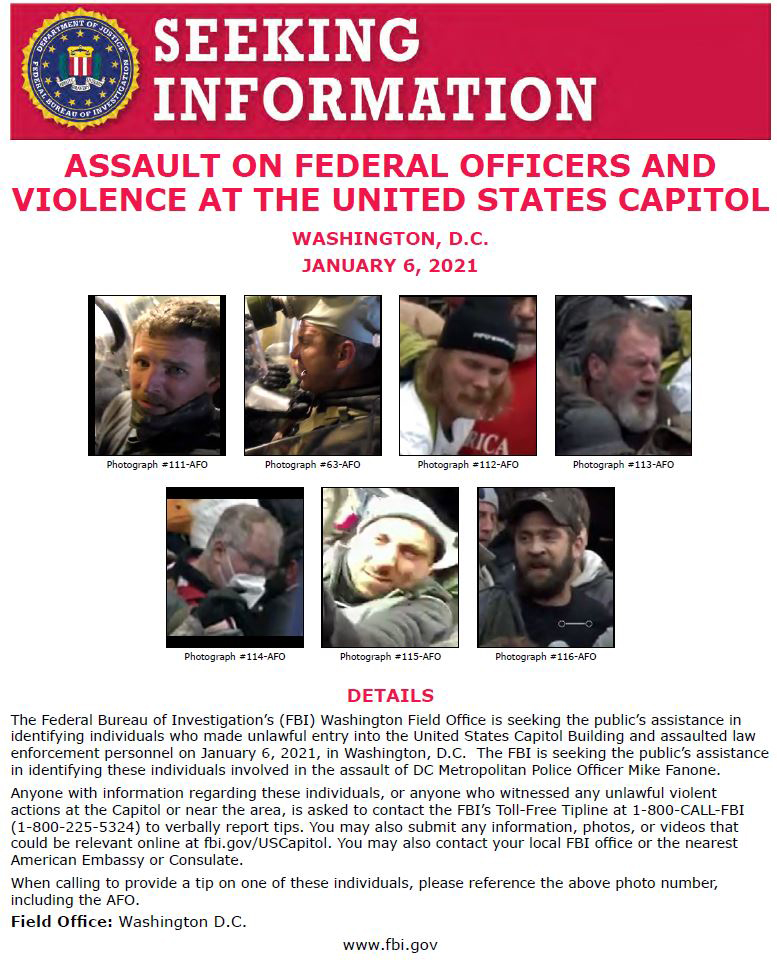 The FBI is seeking these seven men in connection to the near-deadly attack upon Michael Fanone, who suffered a heart attack and was knocked unconsciousCredit: Twitter 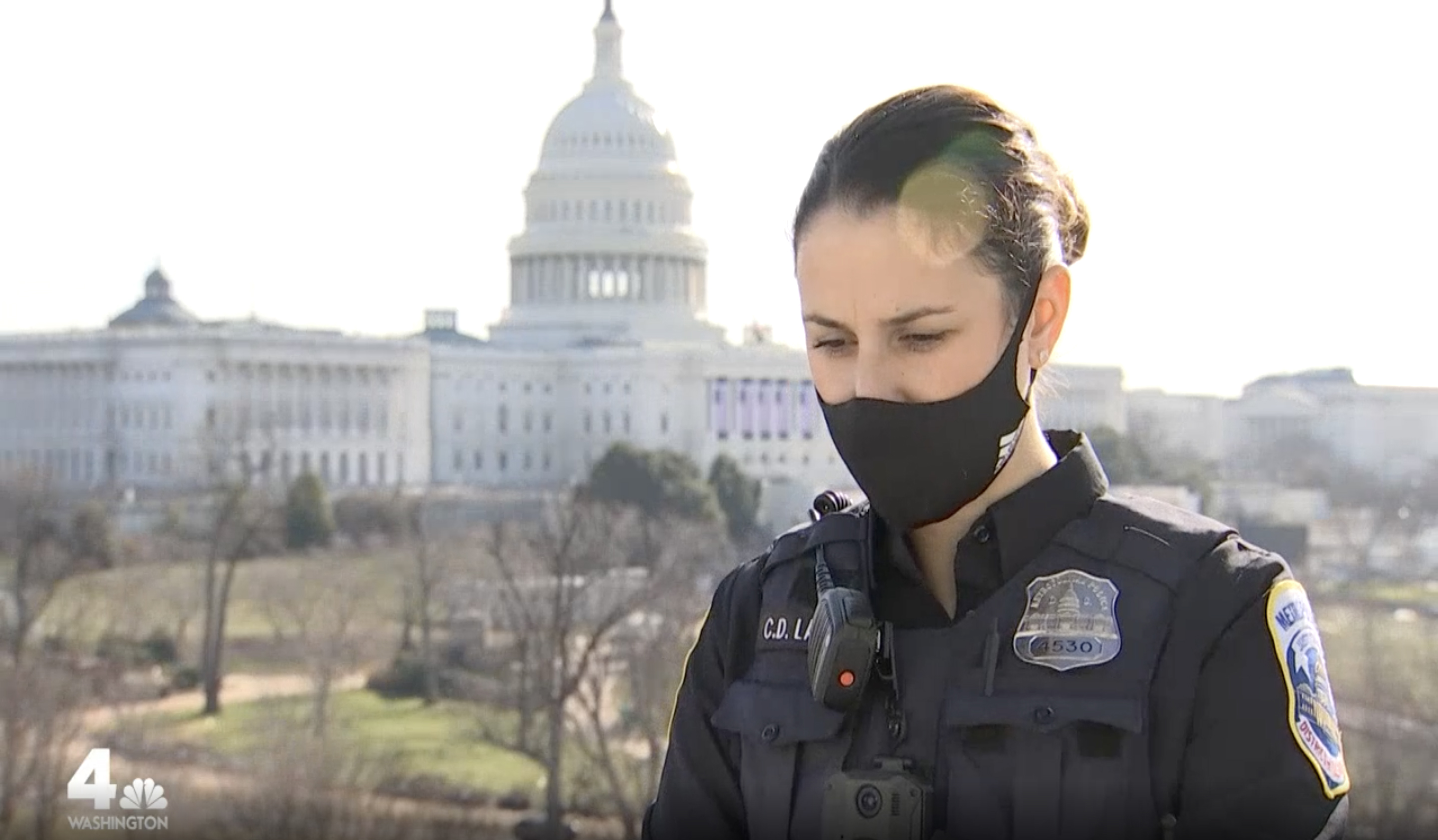 “Bottom line is that law enforcement officers are human beings.

“We signed up for this, to protect and serve, it’s what we do and that’s what we were doing that day.”

The FBI in Washington has tweeted for help in locating Fanone’s assailants.

The service said it was seeking the public’s assistance in finding rioters who unlawfully entered the US Capitol building and assaulted law enforcement personnel.

“The FBI is seeking the public’s assistance in identifying these individuals involved in the assault of DC Metropolitan Police Officer Mike Fanone.

“Anyone with information regarding his attackers, or anyone who witnessed any unlawful violent actions at the Capitol or near the area, is asked to contact the FBI’s Toll-Free Tipline at 1-800-CALL-FBI (1-800-225-5324) to verbally report tips.

“You can also submit any information, photos, or videos that could be relevant online at fbi.gov/USCapitol,” the FBI added. 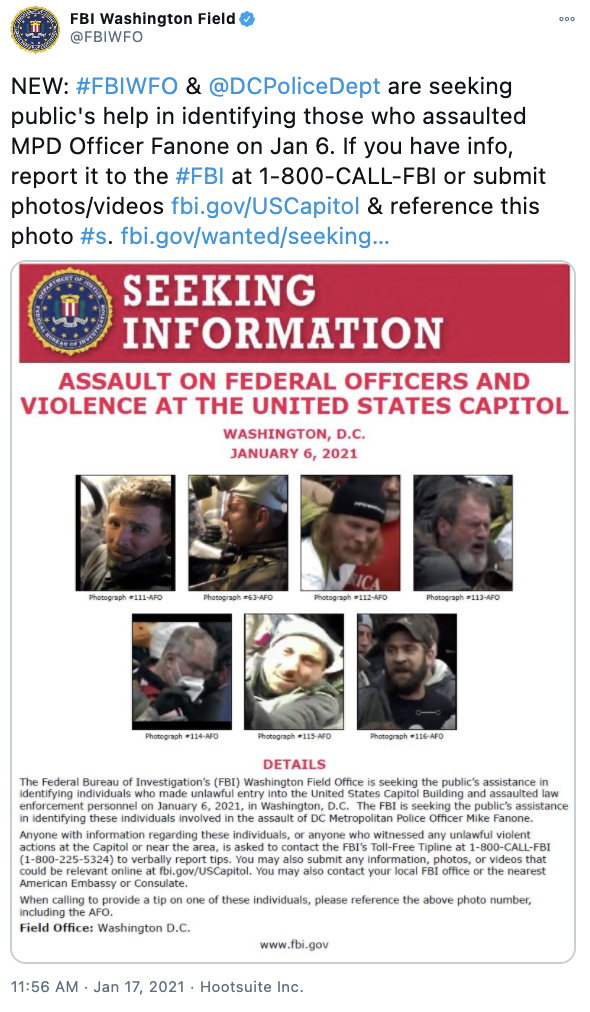 The FBI has also appealed for help on TwitterCredit: Twitter