CANDACE Owens has slammed Alexandria Ocasio-Cortez for allegedly trying to cause an insurrection against ICE. 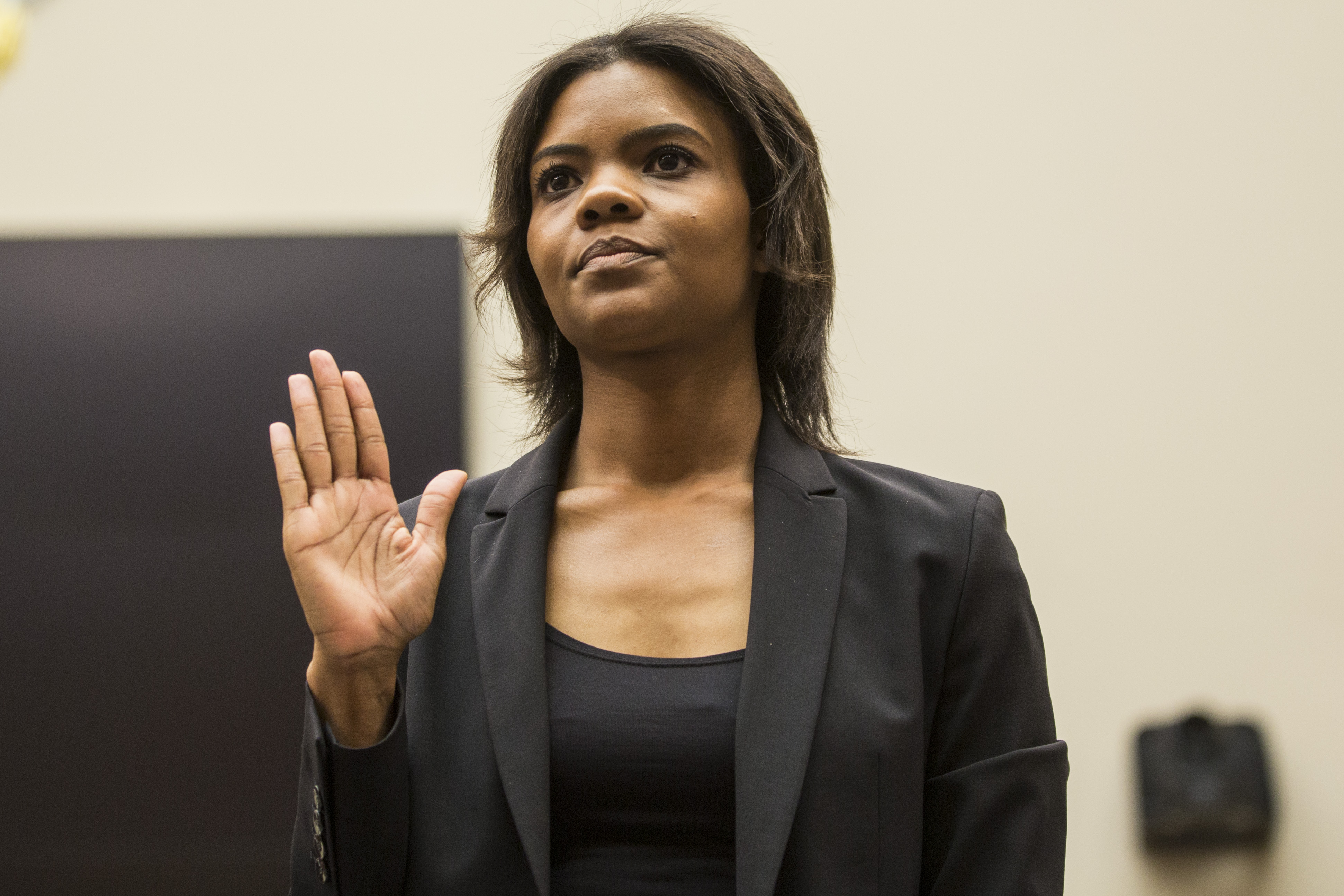 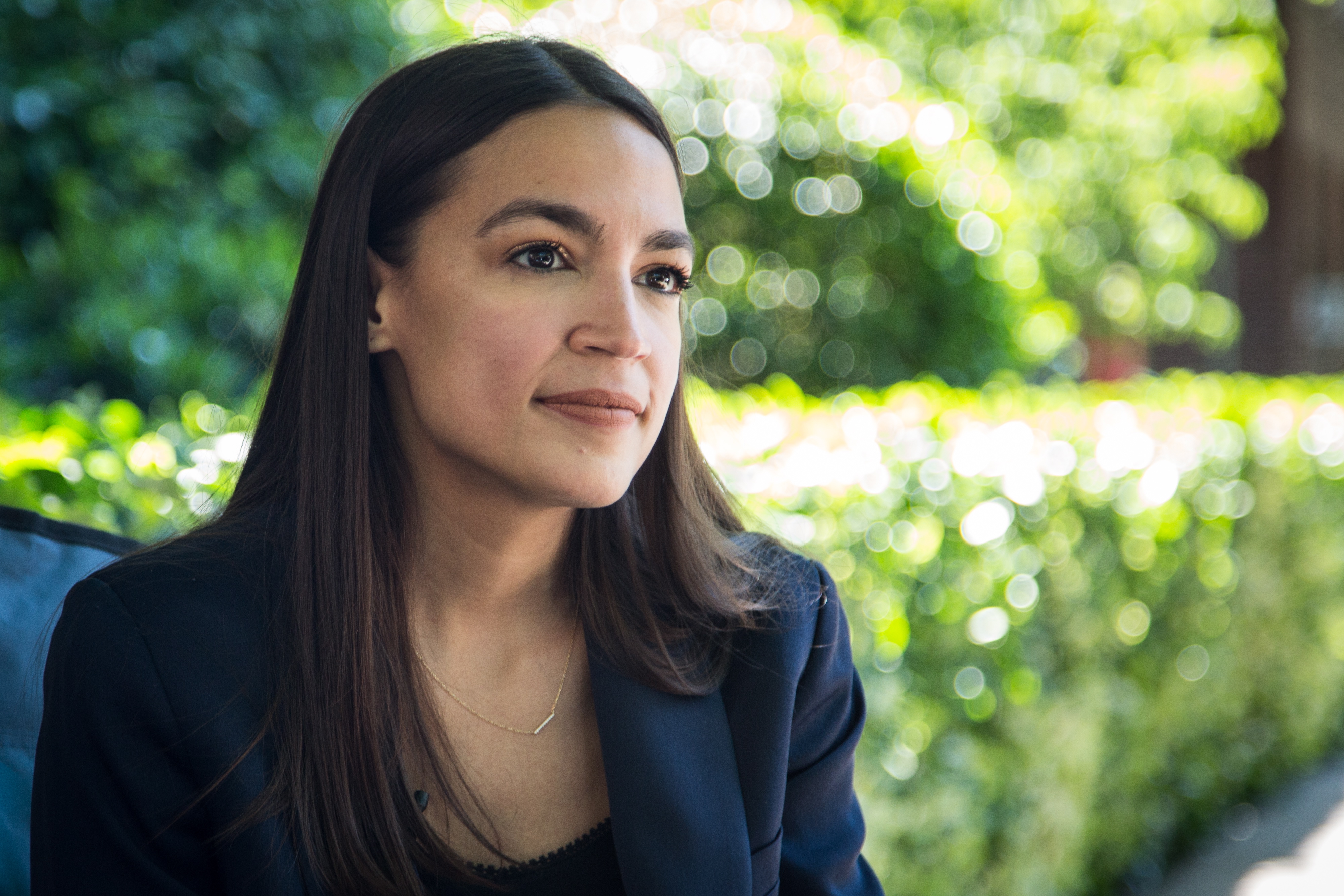 AOC claimed that ICE was refusing to comply when the President attempted to halt deportationsCredit: EPA 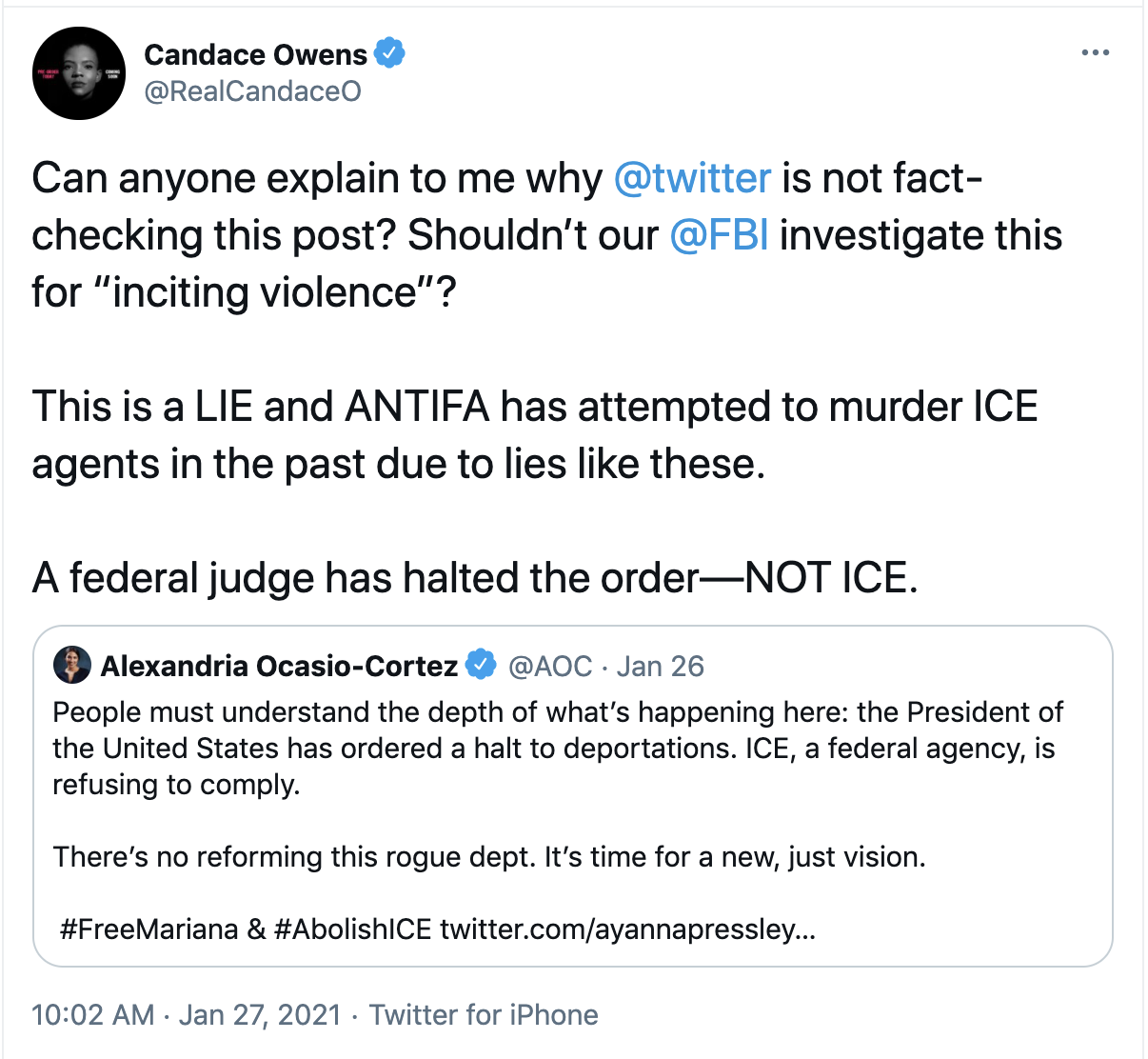 On January 26, AOC claimed that despite President Biden ordering a half to deportations that the “rogue department” of ICE was not “refusing to comply”.

In the tweet, she said: “People must understand the depth of what’s happening here: the President of the United States has ordered a halt to deportations.

“ICE, a federal agency, is refusing to comply. There’s no reforming this rogue dept. It’s time for a new, just vision.”

In response Owens, 31, asked the social media platform why it wasn’t fact-checking AOC as it was a “federal judge that halted the order”.

“Shouldn’t our FBI investigate this for ‘inciting violence’?

“This is a LIE and ANTIFA has attempted to murder ICE agents in the past due to lies like these. A federal judge has halted the order – NOT ICE.”

The attempted murder that Owens was referring to was the 2019 ANTIFA attack at an immigration detention center in Washington state.

Willem Van Spronsen, 69, had written and distributed a manifesto before the attack and was once part of the Puget Sound John Brown Gun Club which claimed to be an “anti-fascist, anti-racist, pro-worker organization.”

No ICE employees or detainees were hurt in the attack, an agency spokeswoman Tanya Roman told the Washington Post.

Owens continued that AOC was knowingly looking to cause an “insurrection” against the federal agency by lying about ICE.

She said: “Look at the comments beneath her post. AOC is knowingly looking to cause an ‘insurrection’ against a federal agency by lying about ICE.

“Surely Twitter will use the same standard they have applied heavily across conservative accounts for ‘inciting violence’.”

It comes after Owens said that Washington DC was “more out of control” during the BLM riots and the Brett Kavanaugh hearings.

Protesters took to the streets last year following the death of George Floyd in May, who died after a white police officer knelt on his neck for eight minutes.

“As a D.C resident—our city burned for WEEKS this summer during BLM riots. They destroyed & looted private businesses for WEEKS,” Owens tweeted on Tuesday.

“What happened at the Capitol last week registered as a 2 on a scale of to 1-BLM. Watching the media pretend otherwise is appalling brainwash.”

The conservative author went on to say she was “so confused” when her family were asking if she was okay during Wednesday’s riot “and yet didn’t ask over this summer when we were virtually under siege for weeks.” 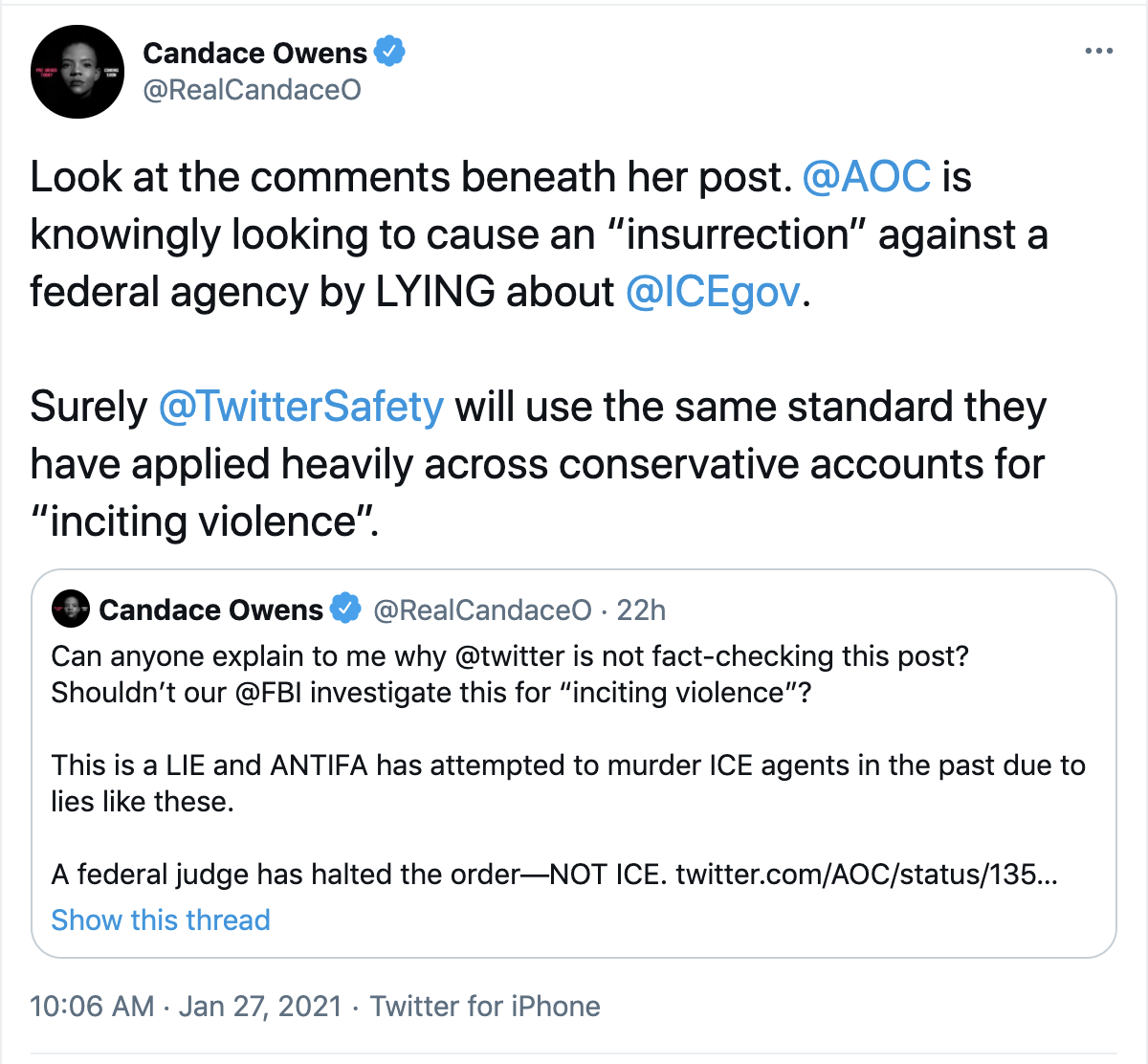