There can be some difficulties – but they’re surmountable (Picture: Getty/Metro.co.uk)

This is the question at the heart of Channel 4’s latest dating experiment, Language Of Love.

Presented by the inimitable queen of reality TV Davina McCall and her co-host, Ricky Merino – a Spanish presenter who was dubbed the ‘Spanish Patrick Swayze’, after appearing on the talent show Operación Triunfo -the eight-part series follows a group of Brits and a group of Spaniards (Spanish girls to be paired with British guys, and British girls with Spanish guys)as they take up residence at a beautiful Spanish estate to see if they can find romance… despite not speaking each other’s language.

And it raises some very good points: When it comes to love, romance and sex, is there really only one language? And how do you navigate a new relationship when communicating comes with barriers?

‘In reality, communication is much more than the spoken word. Tone of voice, facial expressions, gesture and body language are also important.

‘Some couples blend their languages, others have a way of interpreting each other even though their grammar or choice of words may not be textbook or perfect.’

Charly Lester, dating expert at global dating app Inner Circle explains that the connection you make when you start dating someone is about so much more than what you say to one another.

‘Yes, words and anecdotes matter,’ she says, ‘but when we’re on a first date with someone, our first impression is also based on their appearance, the way they interact with others, their body language, and how much interest they show in us.

‘Those things do not require language fluency – they require genuine interest and patience.’ 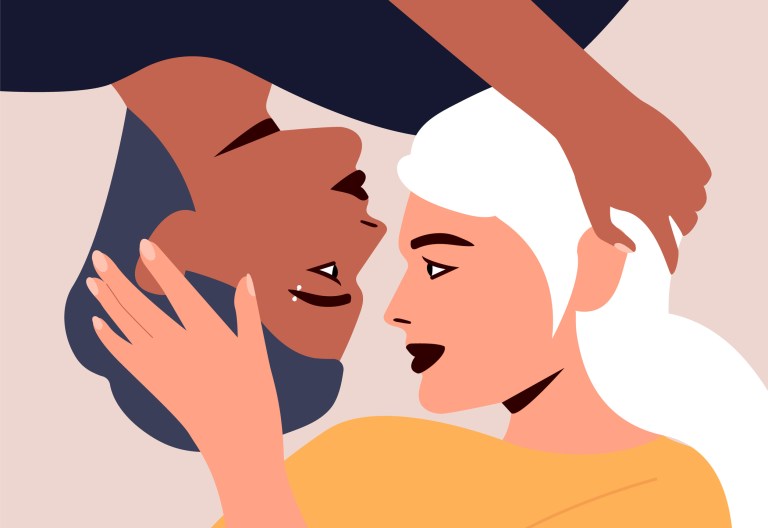 Not speaking the same language can help you become a clearer communicator (Picture: Getty Images/iStockphoto)

The benefits of a language barrier

Not being able to communicate fluently can actually be a positive influence for a relationship as.

‘It means you’re going to have to work harder at communicating with each other, investing in your relationship and showing how important your partner is to you,’ explains dating and relationship expert Alex Mellor-Brook.

‘It creates a space where you are actually taking the time to work together, showing a willingness to listen to each other which leads to a healthier and happier relationship.’

And let’s face it: Couples who speak the same language as one another can have just as many – if not more – problems with communicating, as those who don’t share a linguistic background.

In fact, a language barrier can help break down communication into something really clear, and can lead to upfront and honest conversations quite quickly, which can be a bonus.

Charly says: ‘Rather than relying on nuance and acting coyly, you are required to speak in simple, clear sentences – which removes the awkward second guessing that can come from the early stages of dating, and will actually allow you to date better.’

We saw this on the first episode of Language of Love when, challenged with having small talk or chit chat, the contestants were forced to communicate about basic – yet important – things, very quickly.

They ended up talking about whether they wanted children, and how many, where they wanted to live, where they would like to travel, what their values were – all on the first day of meeting each other (perhaps fuelled by the difficulty of making trivial small-talk). 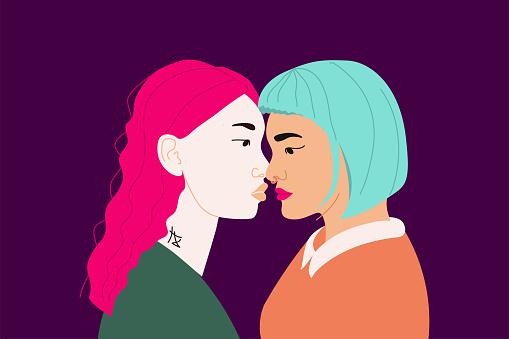 Rather than relying on nuance and acting coyly, you are required to speak in simple, clear sentences (Picture: Getty Images/iStockphoto)

On top of this, according to Rhian, working through the challenges of a language barrier can help you develop presence, patience, flexibility, compassion and tolerance – are all valuable skills that benefit relationships.

Crucially, it can also teach you to become a better non-verbal communicator, which comes with additional benefits.

‘Partners can also learn about each other’s cultures, customs and childhood history, which can help them feel connected and establish greater intimacy.’

The difficulties of a language barrier

However, unsurprisingly, not being fluent in the same language does come with difficulties.

‘Couples who aren’t fluent in the same language can struggle with sharing meaning in their conversations,’ explains Rhian.

‘This can lead to miscommunication and escalate into feelings of disconnection or even arguments.

It can also be frustrating, with partners sometimes feeling like they haven’t been listened to and truly heard, especially when the topic of conversation is important or emotive.

‘When partners don’t get the response they expected in their conversations, it can feel like they’re being ignored or disrespected.’

This can be difficult and can even lead to people questioning whether their relationship really can work.

Is it essential to learn your partner’s language?

Finding a way to communicate well is what really matters and ultimately what makes each couple happy will depend on their personal preferences.

Some people find learning languages easy, whereas others really struggle. Those struggles can cause conflict that comes between couples, and if this happens, it’s important to consider whether becoming fluent in each other’s languages is essential.

Over time couples will learn from each other and become more fluent in each other’s native tongue, even if it’s not perfect.

Some might choose to learn one of the language – perhaps one partner is naturally better at languages than the other.

Or perhaps they’ll adopt the language of the country they’re living in and the non-native partner’s skills will improve because they’re exposed to the language in daily life.

Many need to establish realistic expectations of each other, agree how they’re going to handle issues that arise and practice overcoming the challenges of their language barrier as they naturally arise in daily life.

Some need to talk about what they’d like for their children – some couples are keen to raise a bi-lingual family, whereas it’s not important for others.

But the good news is that – presuming everything else is good, of course – language barrier relationships can be very successful.

Charly has had the benefit of having seen this first-hand.

‘My mum was Romanian, and my Dad was English and neither spoke each other’s language for the first two years of their relationship,’ she tells Metro.co.uk.

‘They got round it by drawing things, sign language, and speaking French – a language neither spoke fluently.

‘Humour was conveyed with silly drawings and physical humour. And whatever they did, it worked, they were married for 28 years, until they died.’

Similarly, Rhian is happily married to a Dutch man, who moved to the UK to pursue their relationship. While he had a good grasp of the language, there were still many words and constructs of the English language that he had no idea about.

‘But I find that really cute and endearing,’ says Rhian, ‘and so quite often I choose not to correct him.’

However, Rhian hasn’t been able to learn Dutch.

‘It’s just too complicated for me,’ she says. ‘I still can’t understand a word he says when he’s on the phone to a friend, but I like hearing him speak his language and it doesn’t matter to me that I can’t understand what he’s saying.

‘I can gauge his mood by his tone of voice and gestures.’

Rhian adds that the main problem they’ve had in terms of language is with their wider family, with her husband’s family’s grasp of English being ‘pretty much non-existent’.

‘He has always had to act as interpreter when we’ve visited Holland, which has been draining for him and frustrating for me.

‘It has meant that I couldn’t communicate my needs and opinions to his family, and conflicts between us sadly became impossible to resolve.

‘I also felt left out at family events, when I was unable to understand the conversation and the language barrier left me feeling awkward and isolated. It’s stressful to be around his family and I’ve always been happiest at the end of the day when it could be just the two of us.

‘Overall, though, I feel that our linguistic and cultural differences enhance our relationship.’

What if you’re struggling with communication?

It helps when couples acknowledge that linguistic fluency is a challenge in their relationship, Rhian explains.

This helps them become more patient with each other, perhaps choosing to speak more slowly or clearly, repeating phrases or looking for different words to convey their meaning to each other.

It’s also beneficial for partners to be realistic about their expectations of each other and compassionate when communication difficulties arise.

As with many things, a sense of humour does a lot to keep the atmosphere light.

Couples who learn to check each other’s meaning, when it feels like there’s a gap in understanding, can avoid getting confused and irritated.

Finally, good old technology is also a multi-lingual couple’s best friend – it only takes a moment to type a word or sentence into an online translator, which really helps.