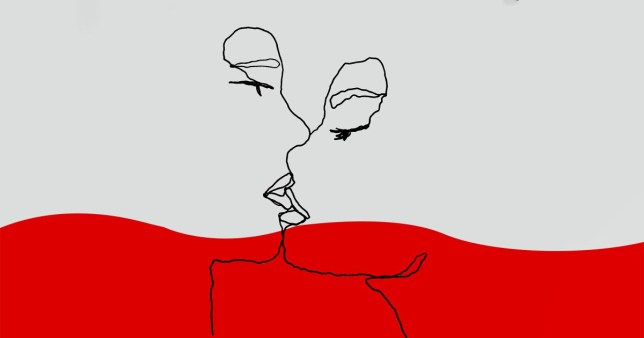 Can having sex start your period? (Picture: Metro.co.uk)

Seeing blood after having sex can be pretty scary, but often it’s harmless.

Some people may hope to see blood – as a sign of their hymen being torn, which has a lot of cultural significance for some, ‘proving’ they were a virgin.

The truth is not everyone’s hymen will break during sex – this can happen during exercise or if you insert anything else into the vagina, whether a toy or tampon.

While bleeding after sex can be a result of the hymen breaking, it can mean that the person has got their period.

In some cases though, it may be a result of vaginal dryness or a sign of an STI.

So, should you be worried if you see bleeding, and what should you do?

Why do I bleed after sex?

In short, sex won’t induce a period – if you do start menstruating after intercourse, you were already about to have a period and the motion of doing the deed helped it along.

But without your cycle being in motion, the act of sex itself won’t make you have your period.

Dr Deborah Lee, Dr Fox Online Pharmacy, tells Metro.co.uk: ‘In a nutshell, sex does not bring on periods. Periods happen because of the hormonal changes in the menstrual cycle. They usually start around 14 days from ovulation.

‘Some people have short, long, or irregular cycles which causes confusion.

‘If your period is about to start, the thrusting of sexual intercourse could facilitate bleeding to start  – but it would have started anyway.’

So equally, having sex won’t delay your period either (unless of course you get pregnant, in which case subsequent periods will indeed be delayed). 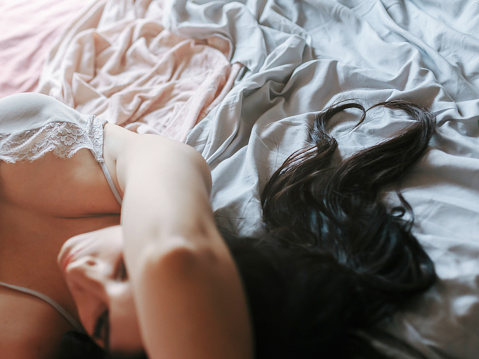 What should you do if you bleed after sex?

If you start your period, then wear a tampon, pad, cup or period pants as normal.

But if bleeding only happens after sex – and isn’t part of your period, then you may need to chat with a doctor.

Dr Lee adds: ‘If you bleed after sex this should be reported to your doctor as this is called post costal bleeding. There are many causes of this such as chlamydia, cervical ectropion, or a cervical polyp. It can also be caused by cervicitis – a non specific cervical infection – or  rarely, by cervical cancer.’

Will having sex help with period cramps?

For some people, having sex on their period will sound like a nightmare while for others it might provide some pain relief.

GP Dr Kandi Ejiofor tells us: ‘Surprisingly, the answer is yes, sex can help with cramps. This is because the orgasmic relief after sex relaxes your uterus and releases some chemicals called endorphins, which help relax you and ease your pain.

‘However, this isn’t the only way to ease your symptoms. Your doctor can prescribe you medication, such as painkillers or contraceptive pills, even if you are not yet sexually active.

‘If your menstrual cramps are severe, it could be a sign of more serious disease like pelvic inflammatory disease or endometriosis and it would be important to see your doctor for further investigation.’

But remember, you can orgasm from solo sex too if the idea of doing it with someone isn’t appealing or an option.

So maybe something to try next time.