Ghosting isn’t necessarily a new phenomenon, but it is most definitely dreaded by a lot of people. It is something that happens when a person deliberately ignores another person’s communications to either avoid them or achieve some sort of goal. Probably most would say that ghosting is typically not an okay thing to do, especially when someone on the other end wants to deliver an important message.

The worst part about ghosting is that the person doing so usually either doesn’t evaluate the significance of the other person’s messaging attempts, or simply doesn’t care enough to bother replying. That can cause real damage or anxiety on the waiting end. Outright avoiding someone via ghosting when there is unfinished business to be settled is not okay, especially if that involves crucial things in life. According to Reddit user u/boyinblack13x, they witnessed and helped resolve one such scenario. The story they shared went viral on the platform with 57.7k upvotes and 1.6k comments. Scroll down to find out more and consider leaving a comment!

This man thought he could ghost his ex-wife while leeching telecom services, but he made a big mistake

The whole concept of ghosting is just so unnecessary when you think about it. It is understandable that people nowadays can feel burned out due to constant communication and reply later on, but leaving someone to wait indefinitely when there is business to finish doesn’t seem right. That is why it probably feels pretty great when the person doing the ghosting gets hit with a little bit of karma. 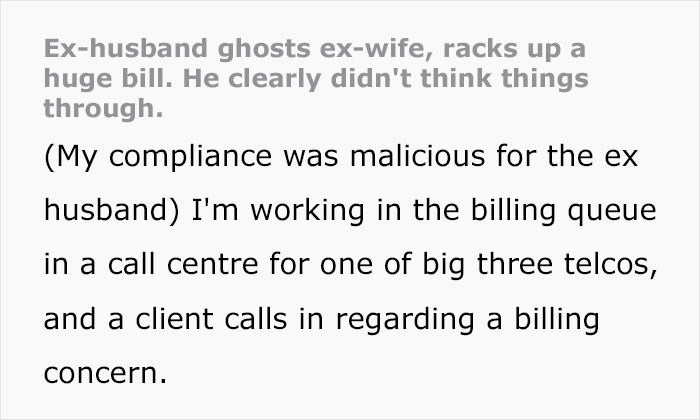 Getting a bill you never expected surely doesn’t feel great, especially when you’re sure you had nothing to do with the it. So naturally you’d call customer support and figure that out. That’s exactly what happened to the woman in this story. She got a bill that shouldn’t have occurred. But it did occur, and started fairly recently—a month before she started her call with customer support. 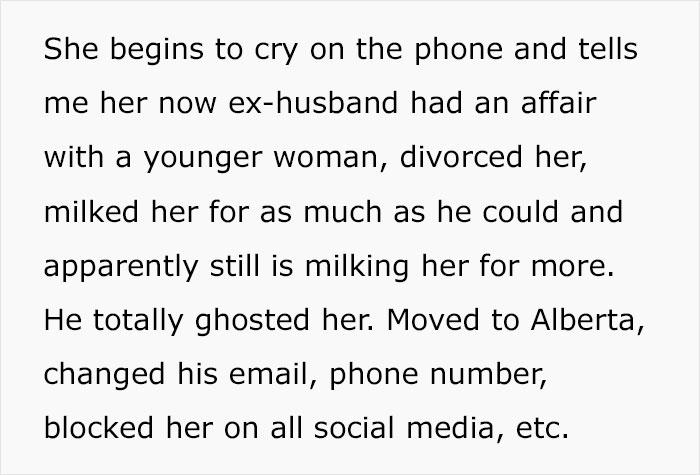 The customer support agent definitely got themselves a fairly unconventional phone call. Not only was the mysterious bill due to the woman’s ex-husband, he had apparently cheated on her and run away with another woman, whilst still leeching from her assets. The woman was very emotional during the phone call and it is great to see that the customer support agent was indeed supportive through it all. 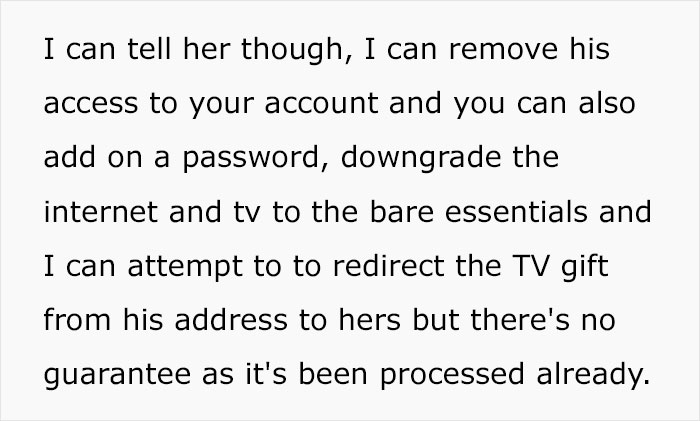 This is where the story turns to one of karma. The woman had been trying to track down her ex-husband without success and now, basically by chance, she got to know his whereabouts because of a bill the ex had set the woman up with in the first place. So not only did the woman get to get rid of the recurring billing situation, but also got to finally find the ex.

Apparently, the woman had been trying to track her ex-husband down with her lawyer, which finally happened 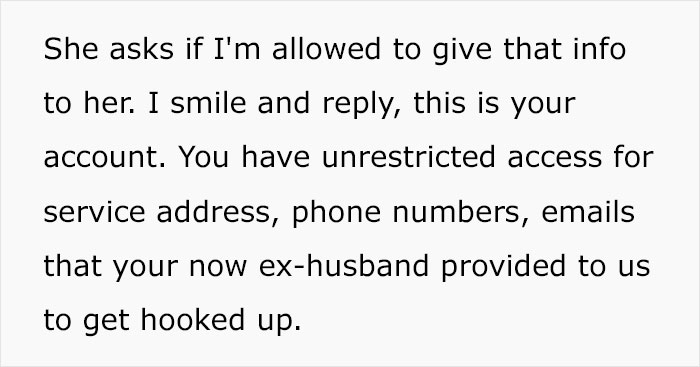 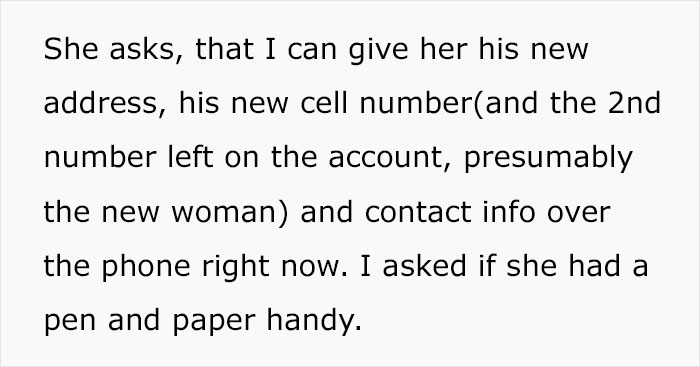 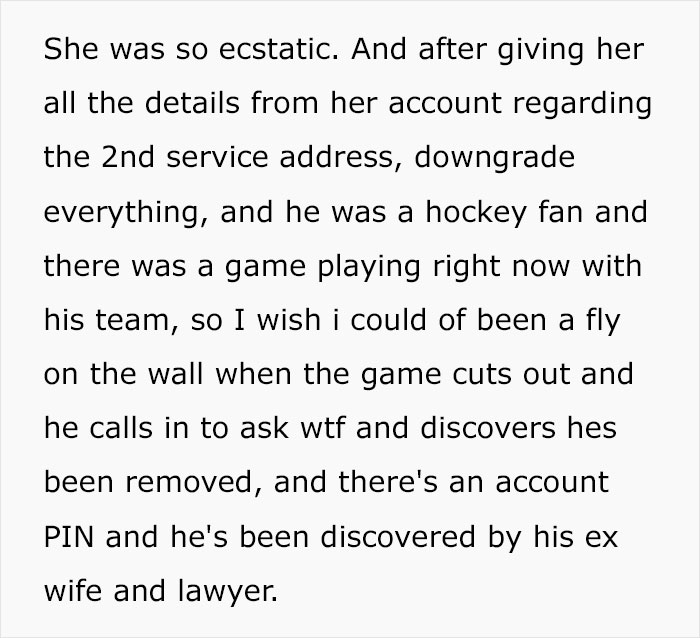 This is one of the reasons why customer support agents should be treated well and with respect—they go about their day helping numerous people without much credit, and sometimes, as in this case, go the extra mile to aid their customers for complete resolution. The woman got everything she needed out of the call, and way more, so the only thing to hope for now is that she manages to bring her husband to justice.

The comments were highly supportive of both the woman and the customer support agent, praising both of them

All in all, this story goes to show that deliberate ghosting while seeking to exploit someone doesn’t always work, which is terrific. No one should be treated as the woman in the story was and it is great that the man in question is to possibly face consequences for his actions.