BURNLEY face a financial doomsday scenario by taking an instant hit of at least £100MILLION if they are relegated.

The stakes have never been higher for the Clarets as they bid for a sixth successive season in the Premier League under caretaker Mike Jackson.

Burnley had no debt when the Americans moved in but accounts up to July 2021 confirm that £102m is now owed.

Part of it is a £65m loan taken out at an interest rate of 8 per cent per annum to fund the takeover which when taken out was scheduled to be repaid by December 2025.

But the terms of the agreement dictate that a large part of that sum – around £40m – must be paid back if the club are relegated. 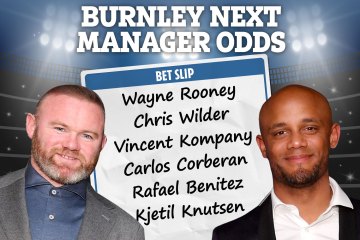 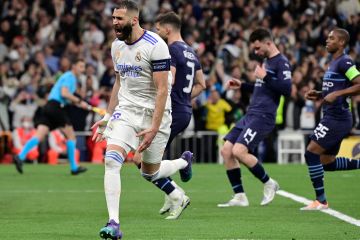 ALK Capital will also suffer an immediate drop of around £60m in TV money despite Prem parachute payments if Turf Moor is the home of Championship football next season – taking the short fall to over £100m.

The startling figures only add extra to Jackson and the players although he has steered the team to ten points from four games since Sean Dyche’s shock sacking.

SunSport revealed that Wayne Rooney is top of Pace’s list of contenders to succeed Dyche.

Yet whoever takes over will also face further financial pressure because the squad is almost certain to be broken up this summer.

Ten players will be out of contract at the end of the season including James Tarkowski and his central defensive partner Ben Mee, currently acting as an assistant to Jackson.

Now while the strain seemed to be easing after Jackson’s stunning start in charge it is only increasing.

A statement in the accounts explained: “In the event of the club’s relegation from the Premier League, the repayment scheduled for the capital element of the loan is brought forward, with a significant proportion falling due for repayment shortly after the end of the football season in which the relegation event takes place.

“This repayment would, therefore, be expected to fall due within less than one year from the balance sheet date in these circumstances.

“In a continuing relegation scenario, a further significant reduction of the loan balance would also take place the following season.”

The Clarets board insist they have a back-up plan in place, stating : “The balance can potentially be settled by various means, and the group’s reserves are sufficient to enable a significant portion of the balance to be settled by way of dividends if required.”

That plan means offering shares to new investors but the club’s current debts as well as a crippling potential loss due to relegation means ALK Capital will struggle to make up the shortfall.