Interior designers Kate Hayes and Krista Sharif have created Brite Bodies, a debut collection of colourful furniture informed by the work of creatives including Vivienne Westwood and Ettore Sottsass.

Brite Bodies comprises 11 designs and is the first furniture range from the eponymous Atlanta-based studio, which was co-founded by Hayes and Sharif.

The Vivienne Pedestal references the work of Vivienne Westwood

Featuring coffee and martini tables as well as home accessories such as candlesticks and ornamental obelisks, the brightly-coloured collection takes cues from the work of some of Hayes and Sharif’s favourite creatives.

The Vivienne Pedestal is a handmade wooden side table painted in a pink and red geometric pattern that pays homage to the post-modern punk plaid and tartan prints of British fashion designer Vivienne Westwood. 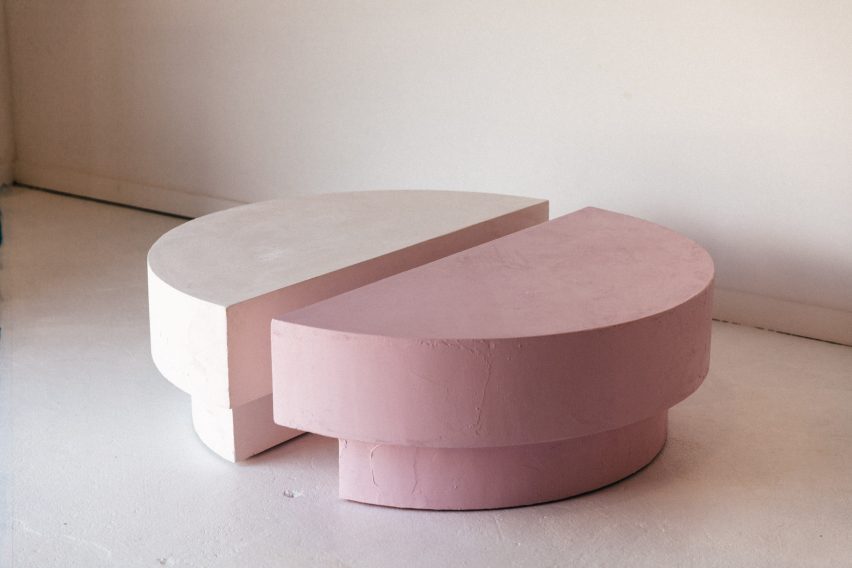 Abbott is a coffee table made of two half-circles

Two half-moon shaped plaster coffee tables are paired together to form a circle designed to resemble a Necco Wafer. Called Abbott, the tables are informed by the retro spirit of Eleanor Abbott’s 1940s board game Candy Land.

“The name Brite Bodies is a kaleidoscopic nod to the luminous mediums of expression that influence everything we do and make,” Sharif told Dezeen.

“Brite Bodies seeks to reinterpret the bold spirit of some of our favourite artists, designers, authors and musicians – from the playful maximalism of Ettore Sottsass to the planetary watercolour illustrations found in Antoine de Saint-Exupéry’s The Little Prince,” continued the designer. 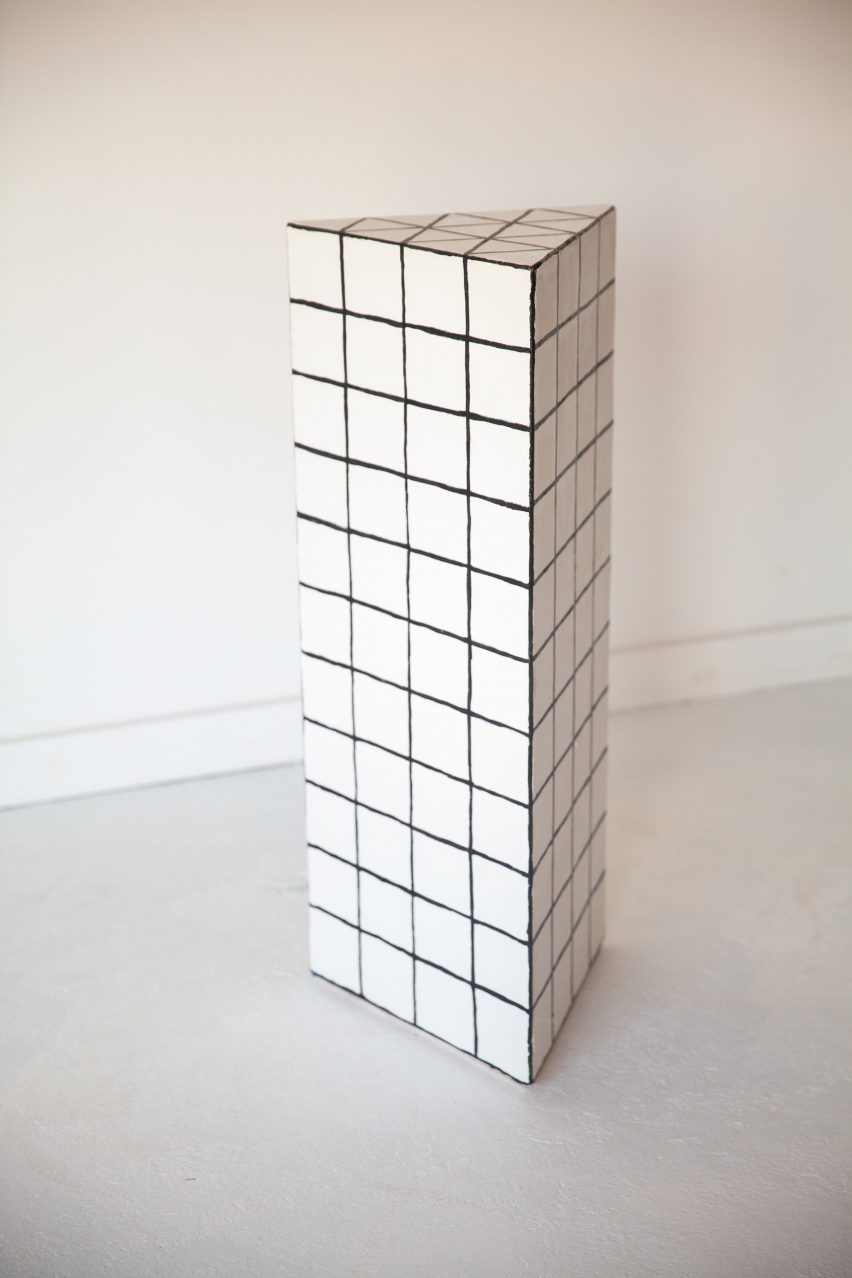 Ettore Pedestal is a checkered side table or plinth

Hayes and Sharif’s design process stemmed from their shared love of heirlooms. The pair also described the work of 1980s Italian design and architecture collective the Memphis Group as central to the Brite Bodies collection.

Having crafted the collection during the spring of 2020 as the world went into lockdowns due to coronavirus, the designers said that Brite Bodies features themes of “escapism” and “transcendence.” 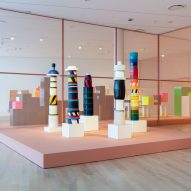 Colour and pattern are at the heart of the furniture collection, which features a range of motifs including monochrome criss-cross patterns and blocks of bright yellow.

“Using plaster, resin, wood and brass as material inspiration, the collection involved a trial-and-error process before we landed on the final designs,” explained Sharif. 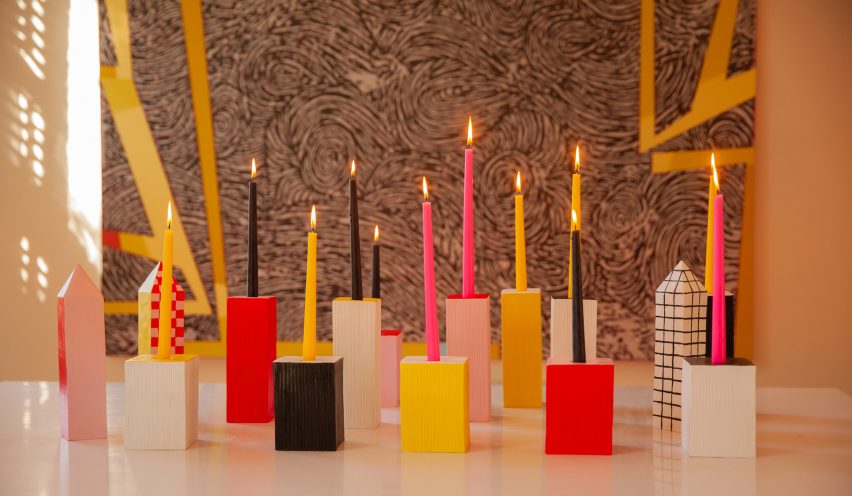 Candlesticks form part of the collection

“A selection of pieces are surface or hand-painted a viscerally vibrant pop art hue, from citron yellow to cotton candy pink,” said Hayes.

“It was really important that we get the right shades for each piece and this took some time to achieve.”

“The beauty of the collection is that the pieces can exist and live on their own or be paired and partnered for optimal effect,” added Sharif. 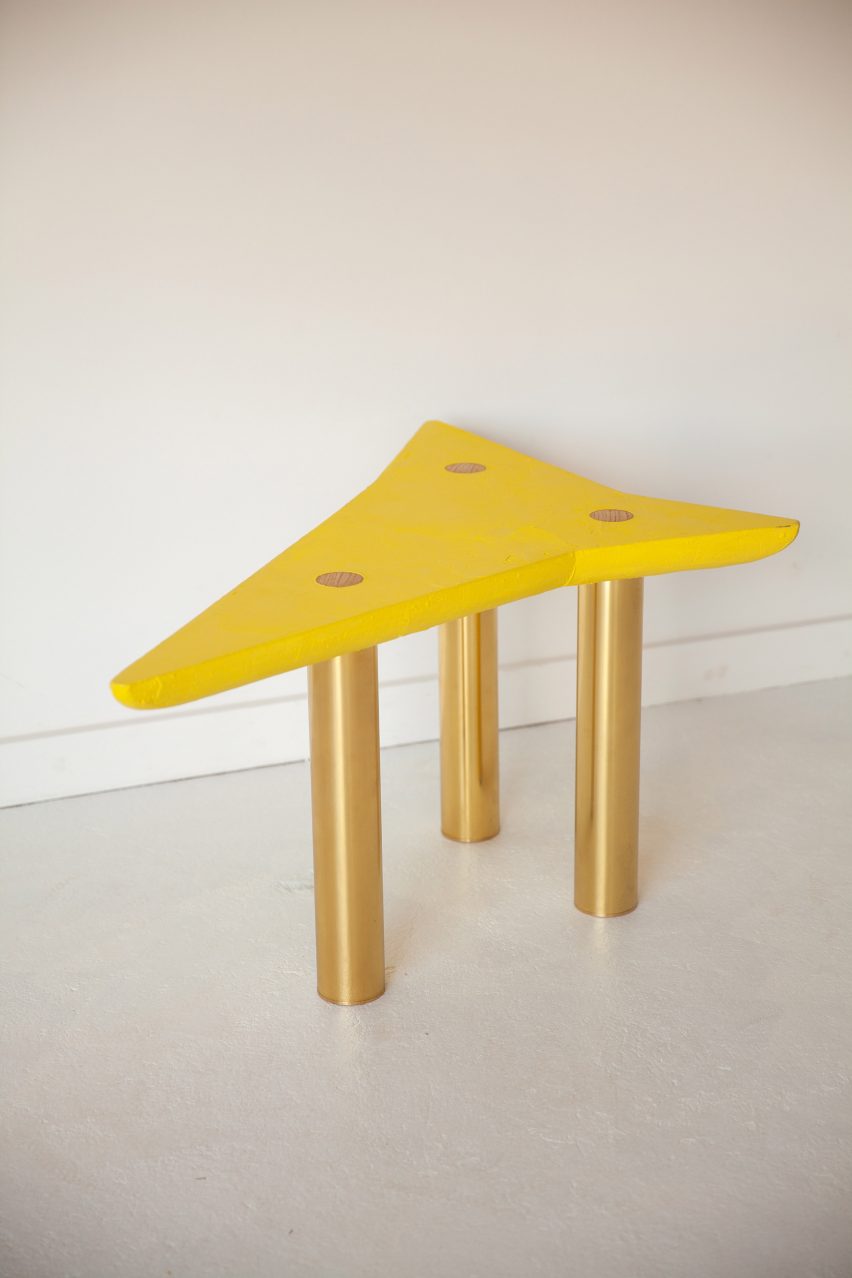 When designing Brite Bodies, Hayes and Sharif were also intent on engaging the local Atlanta artisan community in the process.

A portion of the proceeds from each Brite Bodies sale is donated to Drawchange, a non-profit organisation that is dedicated to empowering low-income and impoverished children through art therapy programmes. 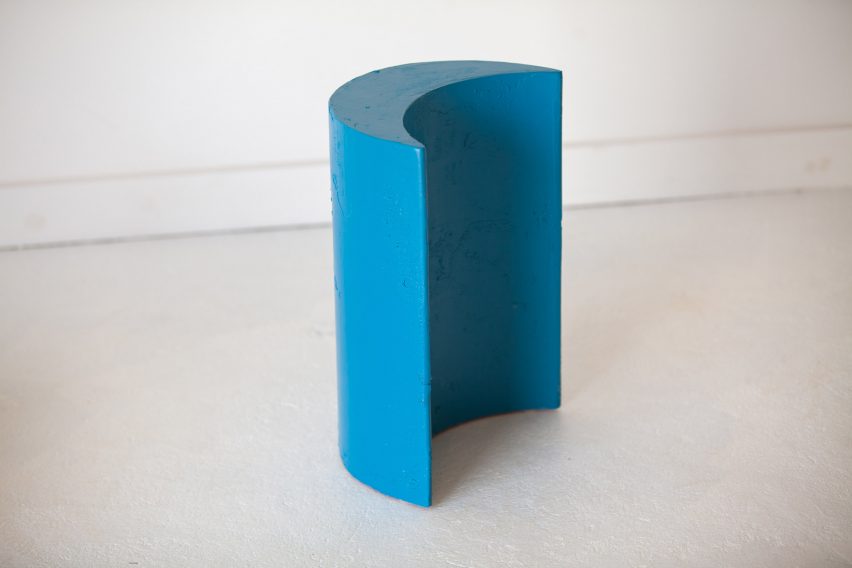 Other recent designs using bright pops of colour include hot pink chairs by Moisés Hernández that are coloured with natural dye made from crushed insects, and a mint green and burgundy co-working space in Montreal by Ivy Studio.

Images are courtesy of Brite Bodies.