BRITAIN’S top generals are not used to winning, a defence minister says.

James Heappey said our troops had been “outwitted and outgunned” in the wars in Iraq and Afghanistan.

Britain’s top generals are not used to winning, a defence minister has claimedCredit: AFP – Getty 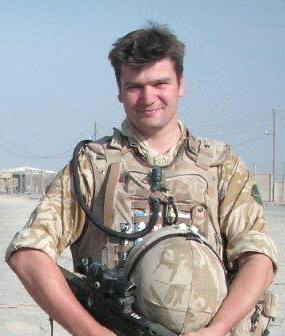 The former Army officer, who served in both campaigns, said commanders were fed up with fighting without “being able to claim a win”.

It is the closest a minister has come to saying Britain lost the wars which cost tens of billions of pounds and hundreds of thousands of lives.

“There are commanders in place at four-star, three-star, two-star, one-star level who are not used to winning,” Heappey told a podcast by the Retired United Services Institute.

“They are used to being outwitted, outgunned by a more cunning enemy,” the armed forces minister added.

He said frustration at the highest levels – including the Chief of the Defence Staff, General Sir Nick Carter – was driving demand for change.

“Our senior military are encouragingly products of campaigns where we have not had a decisive win. You might even say we got beat. And that’s exactly the right mindset to be looking at how we go forward,” Heappey, 39, added.

“They are saying, ‘We have had enough of going into the battlespace with all the equipment and still not coming away being able to claim a win.’ “They want to be able to react more quickly, more decisively and in a way that our enemy doesn’t expect or they are not able to deal with.”

At least 633 members of the British armed forces have died in Iraq and Afghanistan, since 2001.

Heappey, whose life was saved by a sniffer dog that detected an IED, put soldiers on notice for “bold changes” in the way the forces are structured and areas like space and cyber.

He said numbers of tanks, planes and ships didn’t matter if the kit was no good.

“As someone who has actually been there on the frontline and felt the wind of an IED blowing past me or bullets cracking overhead, I can tell you that all of that political guff didn’t matter one bit if I felt that my enemy had an edge over me.” He said future battles will depend on robots, automation and “directed energy weapons” like lasers and phaser beams.

But at the centre of any conflict there would always be a place for a, “soldier, sailor, airman, airwoman or marine who is fighting, swords fixed, hauling through the ditch dealing death to the queen’s enemies”.