BRAZIL striker Gabriel ‘Gabigol’ Barbosa has been detained by police for flouting coronavirus restrictions at an illegal casino in Sao Paulo.

The former Inter Milan star, 24, was found hiding under a table after the hall was raided in the early hours of Sunday morning, according to local police. 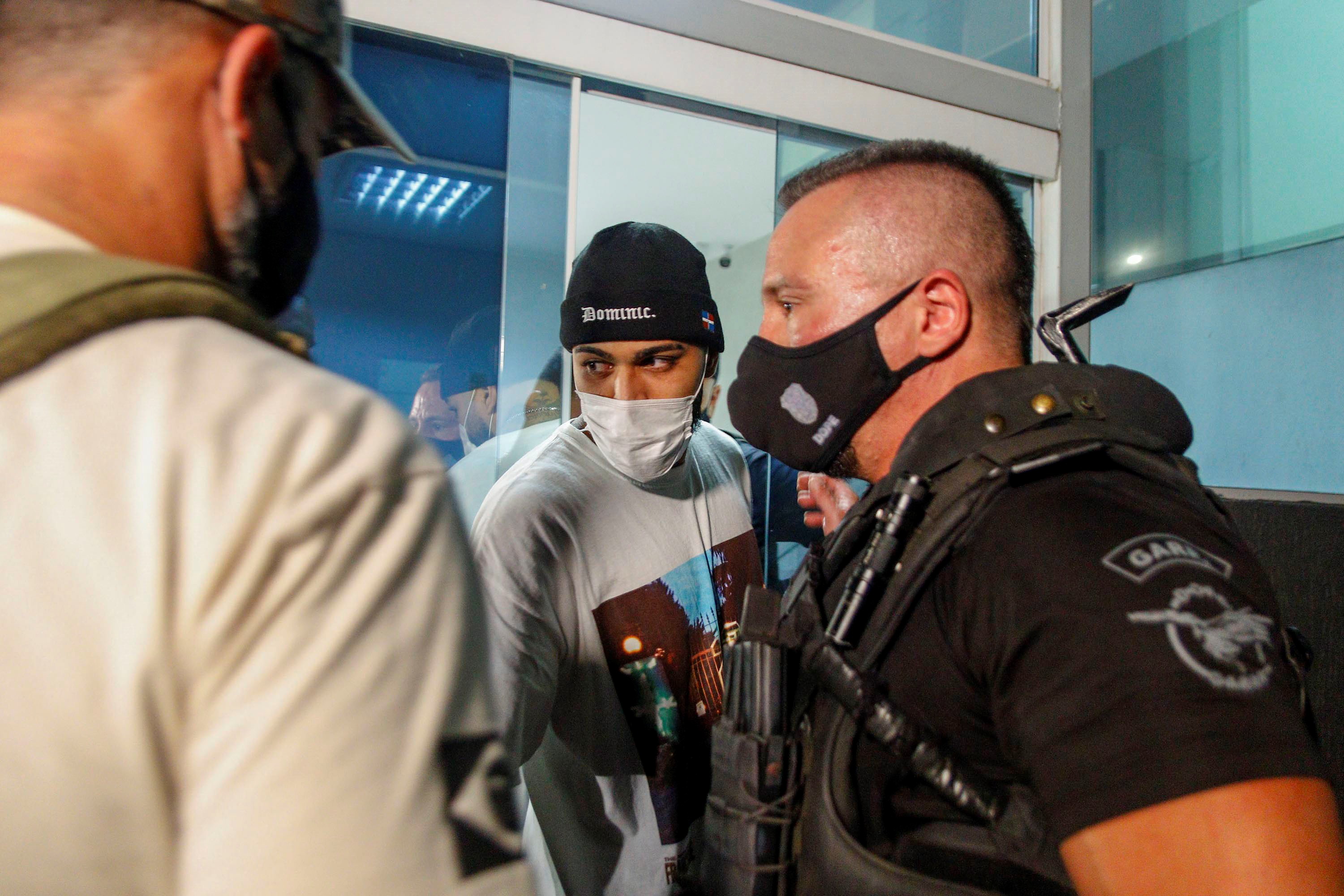 Gabigol was one of around 200 people found hiding under tables at an illegal casino in Sao PauloCredit: EPA

Gabigol – now of Brazilian giants Flamengo – was pictured being led away from the premises and placed into a vehicle.

A staggering 200 people are claimed to have been inside the makeshift casino, with Sao Paulo currently in the ‘red phase’ state of alert due to a shocking rise in Covid-19 cases.

A police task-force had been tipped off to a party happening at the address – but instead stumbled upon the casino.

Police chief Eduardo Brotero added he witnessed ‘a rather large underground casino’ where ‘many people crowded together, exposed to contagion’.

And Sao Paulo’s vice-mayor, Ricardo Nunes, claimed: “We got a tip-off about a party.

“When we got here we found that in addition to an enormous number of people, more than 200 people in an unventilated room.

“There was a casino, which is illegal. 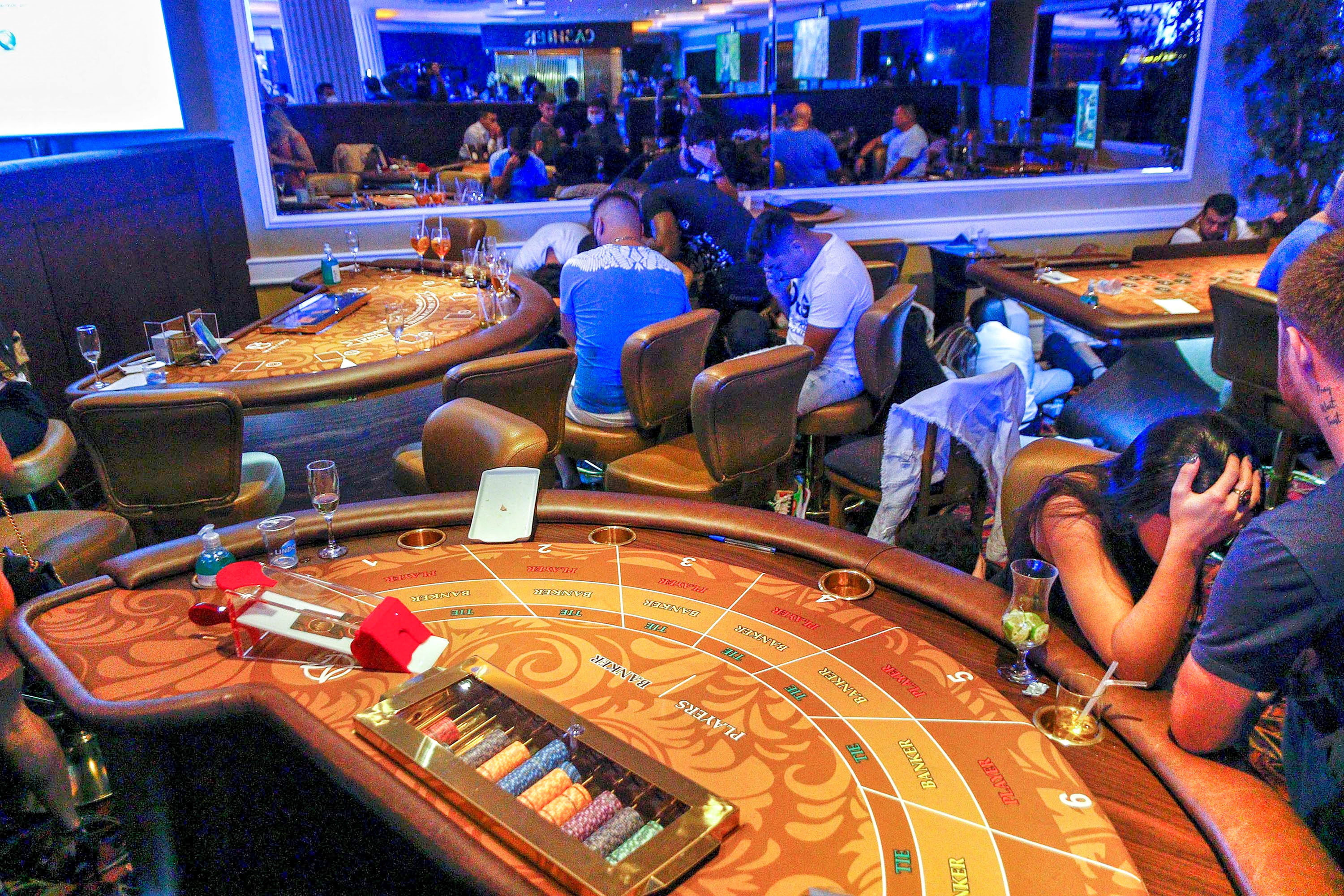 Gamblers hid under the tables after police swooped on the underground casinoCredit: EPA

“There were also some celebrities, for example, Gabigol.”

After swooping on the site in the wealthy Vila Olimpia area of Sao Paulo, the operation was swiftly shut down and all those inside removed from the premises and sent to the police station.

Gabigol – and the rest of the attendees – were later released after signing a document promising to return at a later date to give their version of events.

He will now have to appear in court if called upon, say Globo.

Brotero confirmed: “They were conducted, in fact qualified, due to the pandemic already to provide clarification here at the police station.

“The employees and the person in charge of the place must also answer for crimes against public health, gambling and misdemeanour.

“The others will be heard later.” 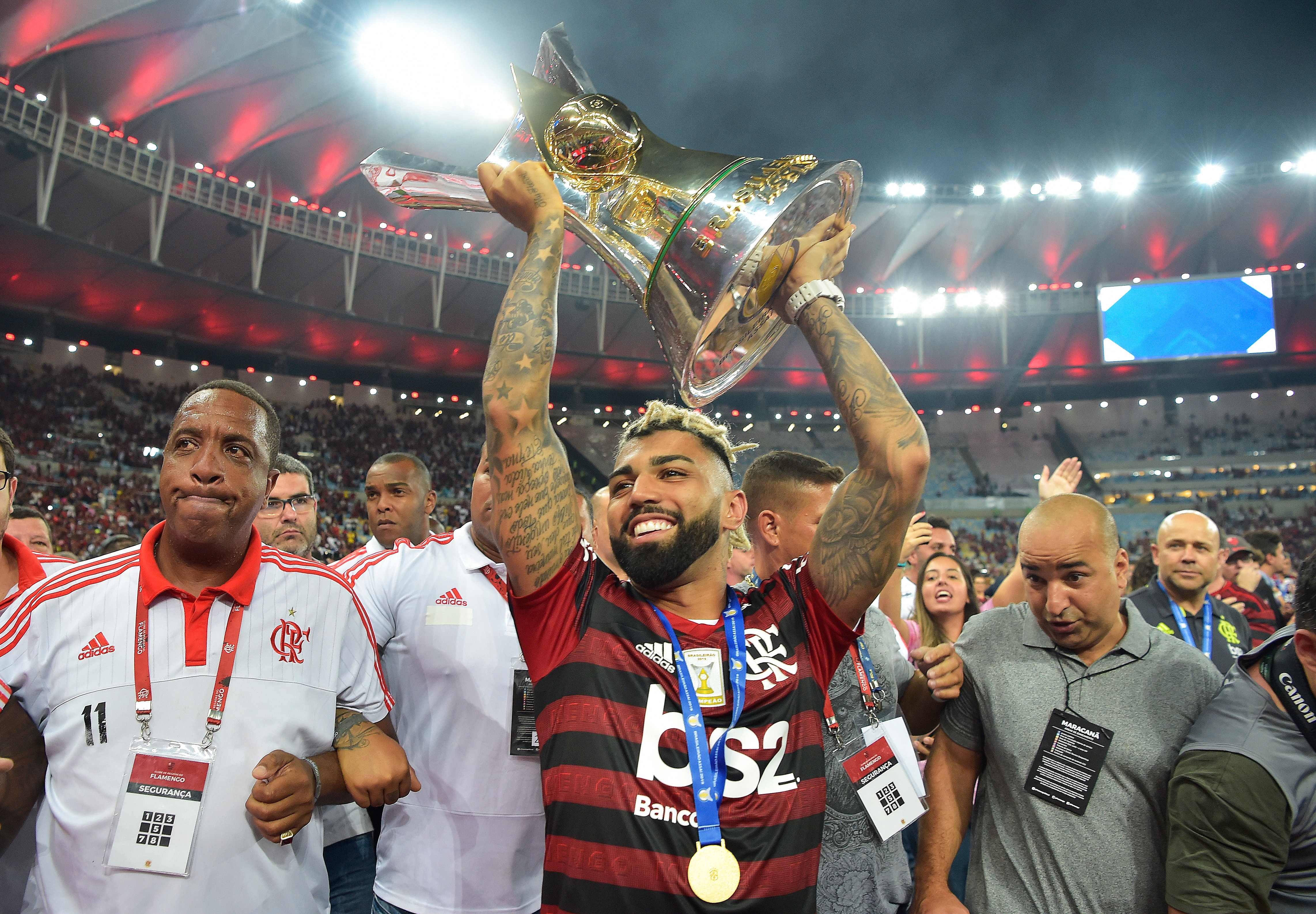 Ex-Inter Milan star Gabigol is currently back in Brazil with FlamengoCredit: AFP or licensors

According to the Mail, A local TV station was present for the raid and asked Gabigol about his involvement in Flamengo’s next game.

Gabigol is claimed to have called it a ‘stupid question’.

Flamengo are due to face Fluminese later on Sunday evening, with his status for the game unclear.

Gabigol has won five caps for Brazil since his 2016 debut, scoring twice.

After starting his career at Santos, Gabigol moved to Inter Milan in 2016 – where he played just nine times in Serie A across four years.

The striker was loaned to Benfica, Santos and Flamengo before joining the latter permanently last year.

Gabigol has scored 22 goals in just 34 league games for the Brazilian side since his arrival.